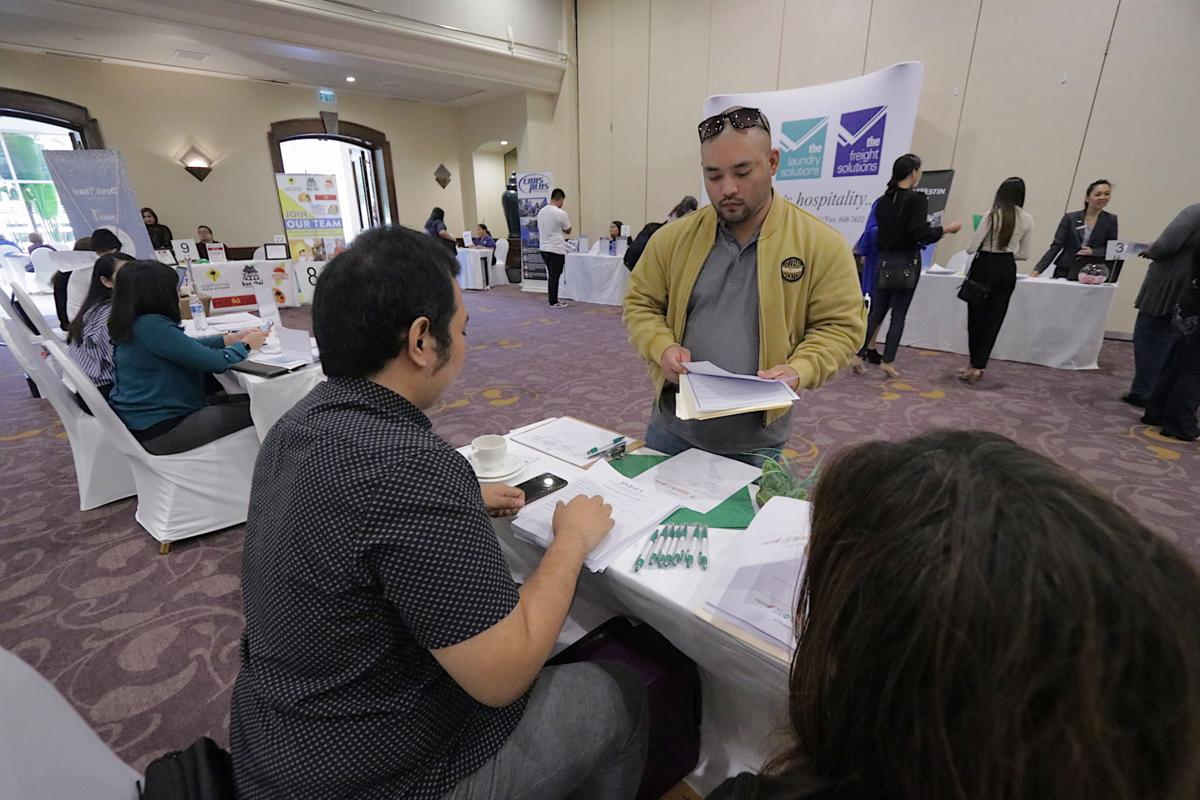 JOB FAIR: A job seeker picks up an application form from one of a dozen businesses that participated in a Guam Chamber of Commerce job fair at Hyatt Regency Guam in Tumon in February 2020. Dontana Keraskes/The Guam Daily Post 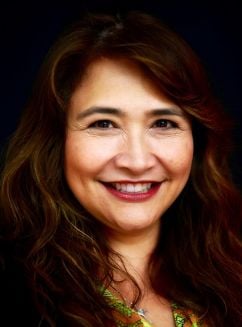 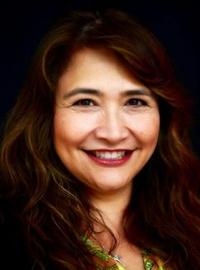 These last 18 months have been cataclysmic. Our island, our people and citizens of the world have been through unimaginable loss never seen before by this multi-generational population. There was hope earlier this year that we were over the worst of it, but the delta variant has caused a resurgence of the crisis. The health and safety of our people are paramount. However, we must not forget the financial and social well-being of individuals and families in the process.

As we consider planning for the next fiscal year, there are still thousands of our people unemployed. Although the All RISE program distribution will provide temporary relief for some, the cessation of PUA benefits and the depressed economic realities on island will make it difficult for these residents to support their families. The ability of our people to be employed in the private sector rests on the capability of businesses to offer jobs. Many in the private sector have already closed their doors permanently. Their employees cannot come back. Many establishments are still struggling to keep their doors open. As the virus continues to affect tourism and our economic activity, these businesses may make the difficult decision to fold, which means more jobs lost. This is a reality that the Guam Chamber anticipated almost two years ago when we foresaw the potential loss and havoc the pandemic would have on our island.

Guam has been fortunate with federal aid that supported rent relief, food and unemployment assistance. The federal government offered small business loans with the potential to be forgiven as well as various U.S. Small Business Administration grants and loan packages. As businesses navigated through the resources to figure out which programs they would be eligible for and apply for them, the government of Guam offered minimal support for our private sector to withstand the losses of economic activity.

While the private sector appreciated the brief moratorium on the implementation of the minimum wage and increasing the threshold to the Dave Santos Small Business Act, the truth is, this is not enough. These small concessions from our local government have not been enough to keep doors open and jobs available. Even for those businesses that remain open, the struggle that has continued since March 2020 has forced reduced staffing, shorter work hours, and in some cases, the complete elimination of benefits for our private sector employees. While businesses scaled down operations or closed entirely, the government of Guam hired new employees and stood up new offices. While the private sector was frantically trying to keep workers employed, the government continued to increase salaries and wages for its employees. As much as the Chamber supports employment and merit increases for personnel across all sectors, now is not the time to implement increases that fundamentally increases the cost of operating the government when the rest of the population is struggling.

The fiscal year 2022 budget bill has lapsed into law. We commend several sitting senators who held the line to reduce the entire budget by just over $50 million. This is an important step to controlling government spending which ultimately is funded by the private sector. Although federal funding has been beneficial to support government activities, this will not be a long-term resource with which to support a larger local government.

It is critical during this current climate of depressed economic activity that the government support the sector which funds its operations. Private sector businesses and employees provide the largest contribution to the General Fund. It is imperative that relief be given to ensure that this tax base is preserved. The gross receipts tax increase implemented in 2018 was supposed to be a temporary measure to ensure government operations were not compromised due to the Tax Cuts and Jobs Act of 2017. What has manifested over the last couple of years is that there was little to no impact on government collections, and this additional 1-point increase (25%) has been the source of collections well over the government’s need to support its operations. The struggles of our private sector and the surplus amounts collected over what is actually needed for government operations call for immediate rollback of the 25% increase!

The private sector has proven time and time again, especially in these past 18 months, that they rise above and beyond to support not only its employees but the entire community. The private sector is the backbone that holds the economy together and supports government revenues. It largely comprises small business owners and entrepreneurs who have survived this year and a half on sheer grit and determination. We implore our government leaders to act now to save what is left of the private sector and the jobs that are needed for our unemployed residents.

The Guam Chamber of Commerce has served the community of Guam since 1924. For over 97 years, the Chamber has continued to pursue its mission to promote and protect the commercial, professional, financial and general business interests of our island which ultimately serves to protect the employees in the private sector who rely on them to support themselves and their families.

Catherine Castro is the president of the Guam Chamber of Commerce.

The private sector has proven time and time again, especially in these past 18 months, that they rise above and beyond to support not only its employees but the entire community. The private sector is the backbone that holds the economy together and supports government revenues.

Gov. Lou Leon Guerrero is keeping the 5% business privilege tax amid renewed calls from Guam's largest business organization to bring it back …