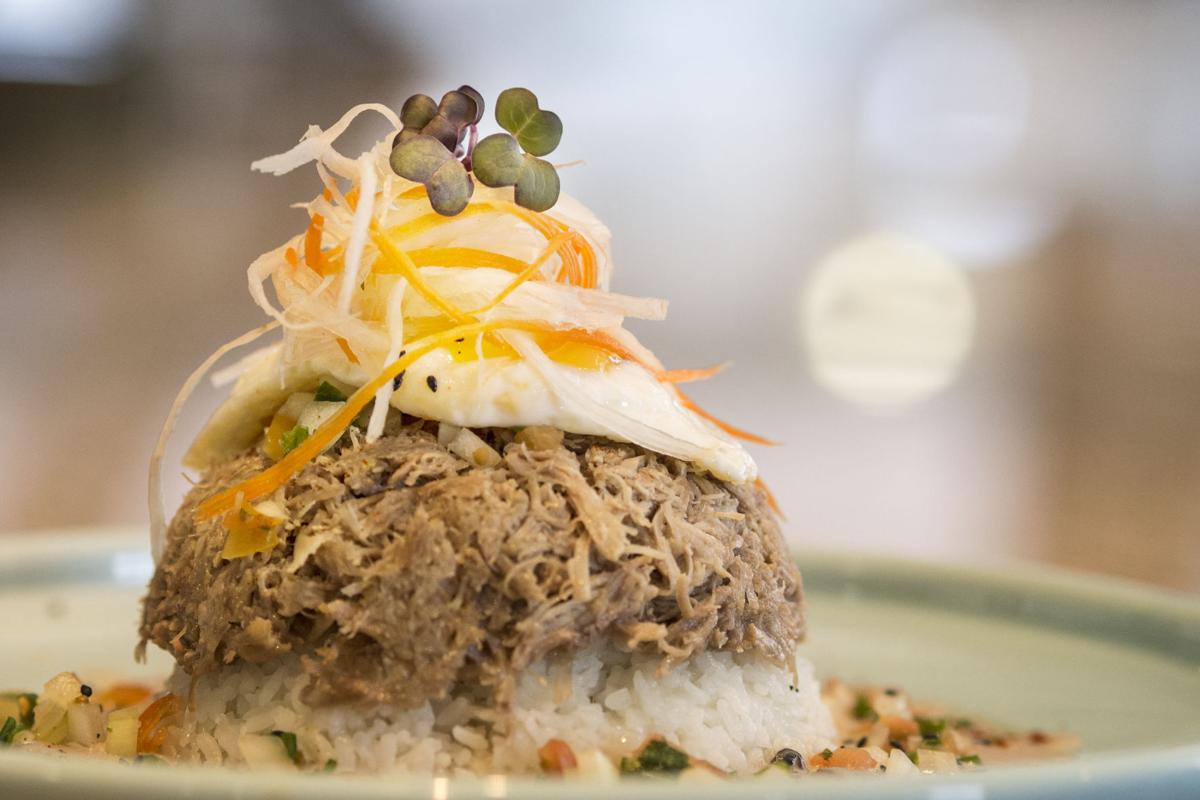 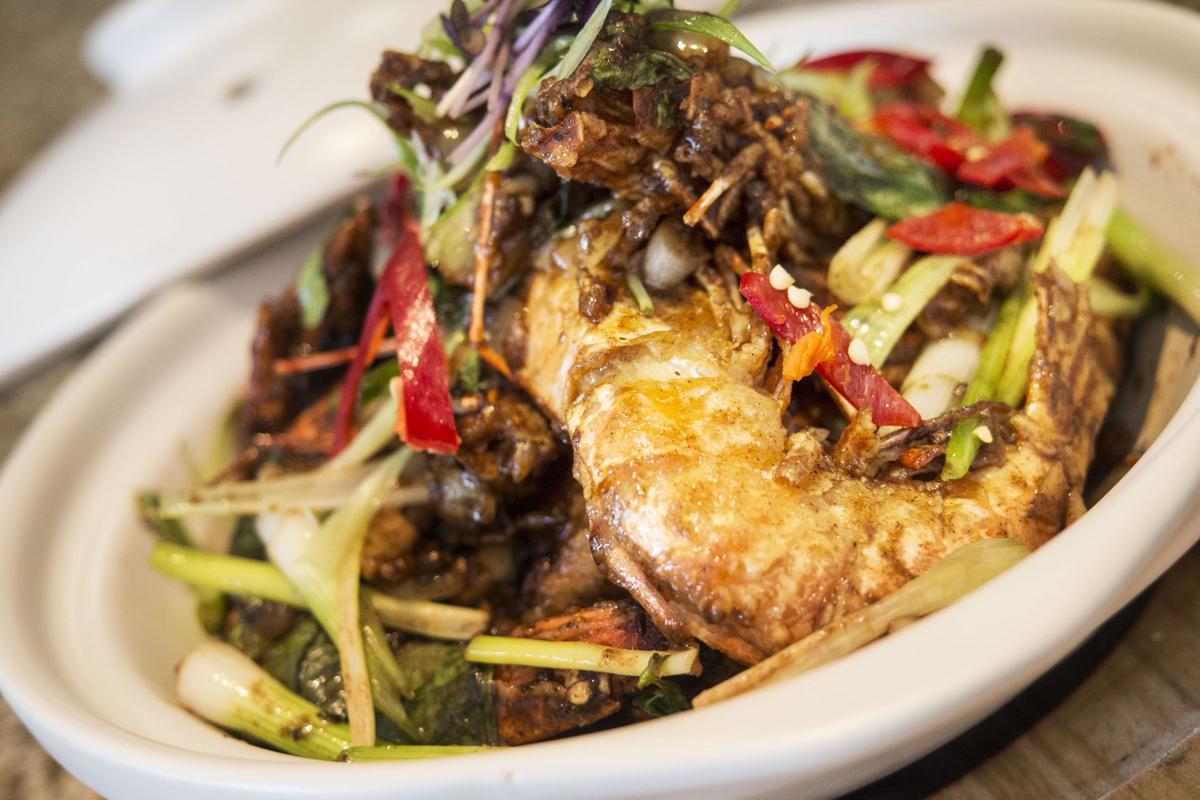 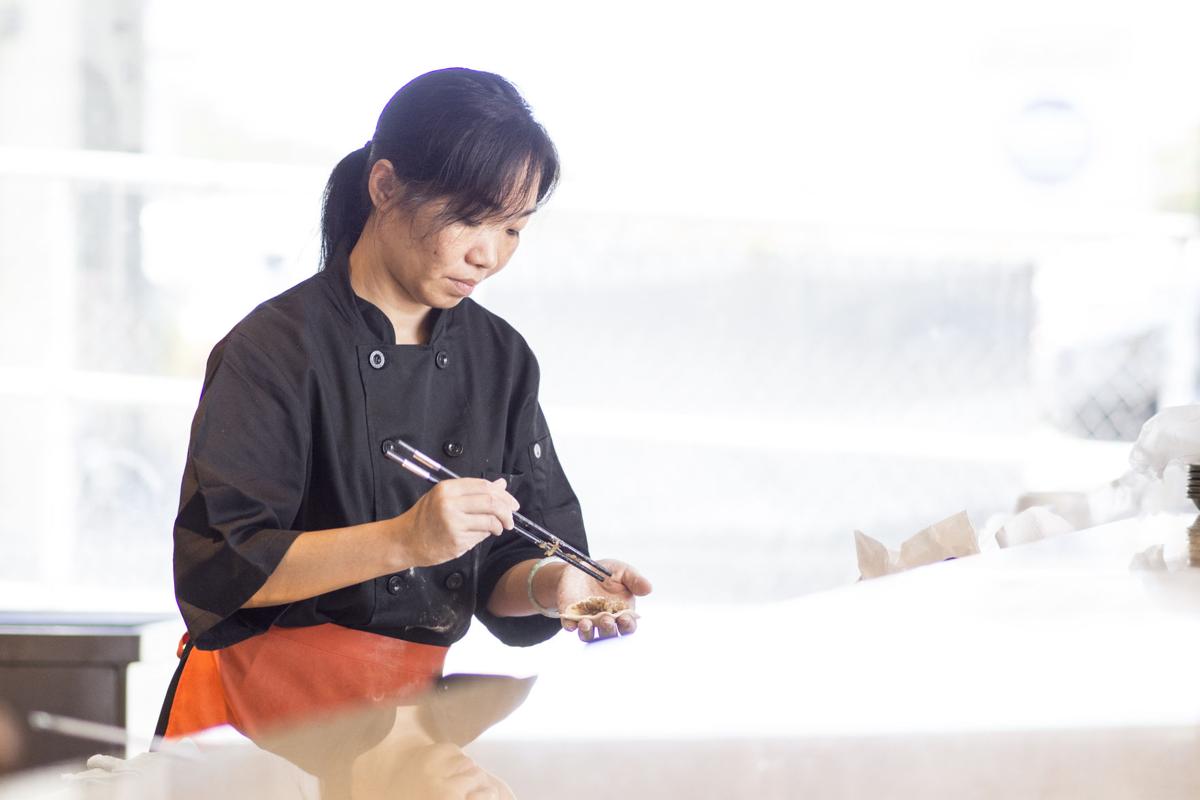 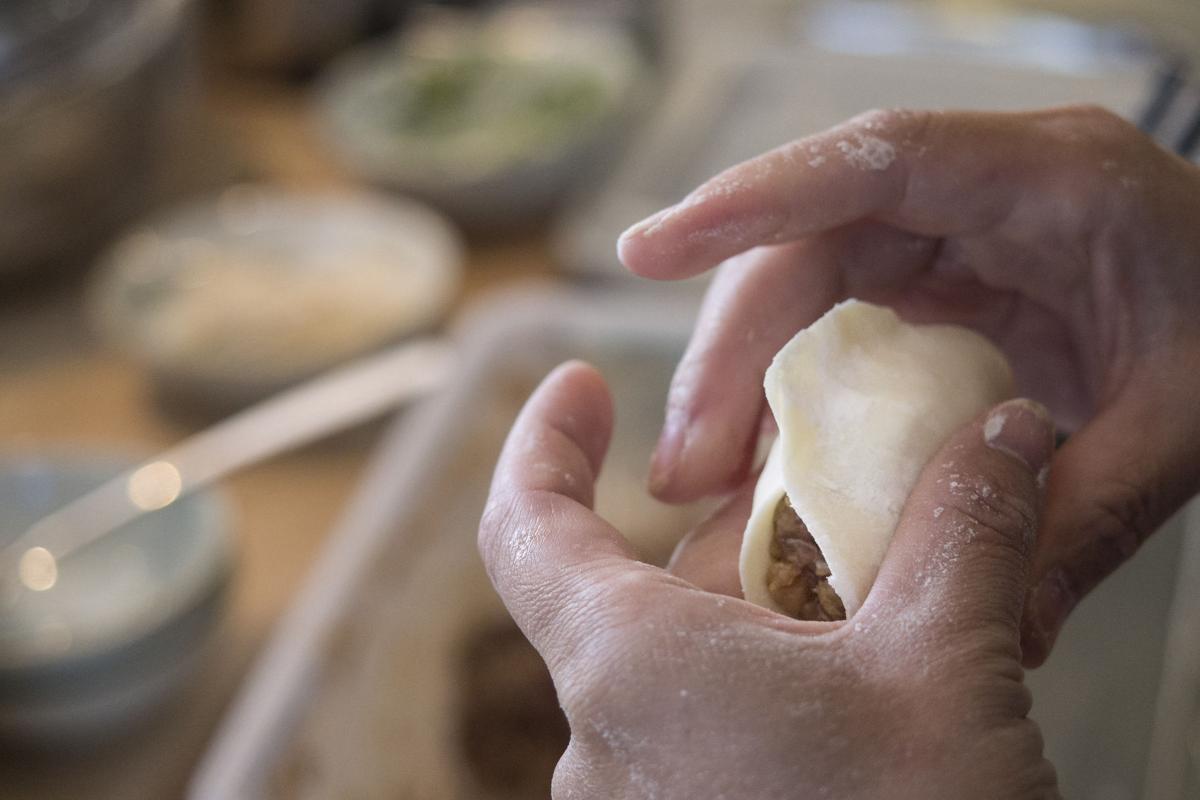 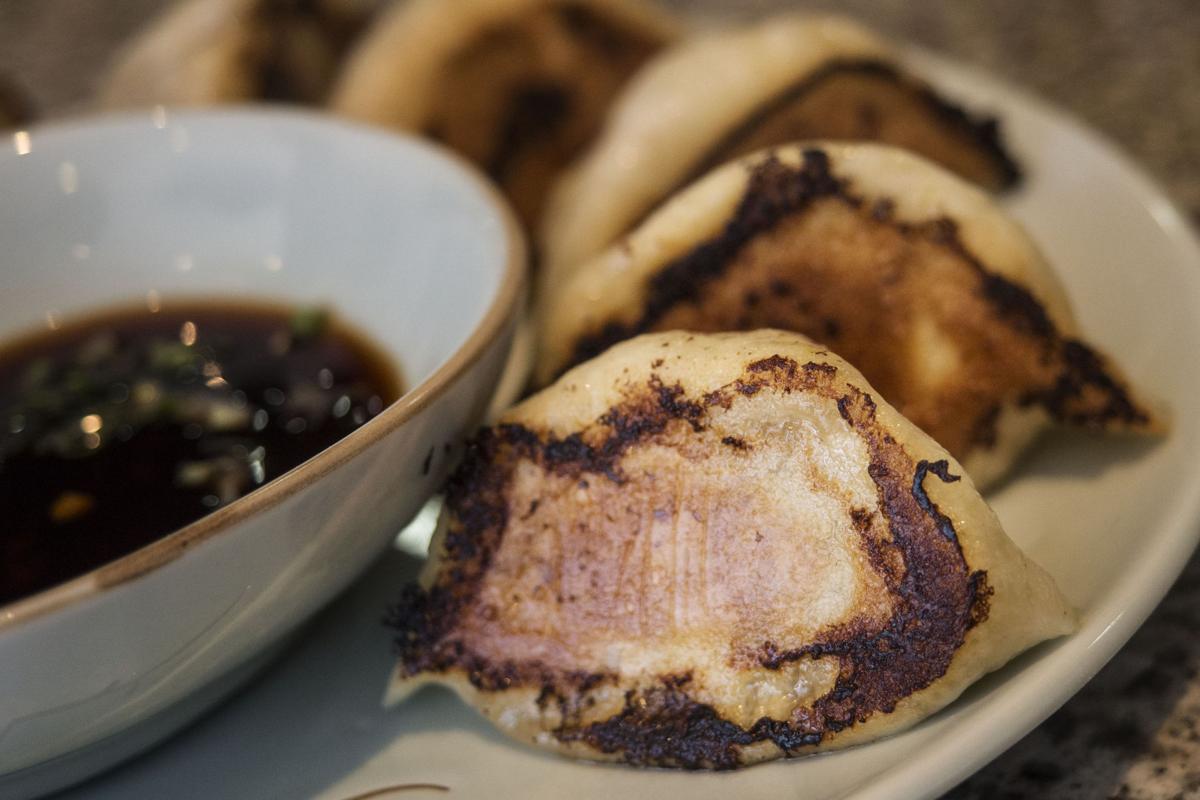 A new kind of fusion mixing a melting pot of authentic Chinese cuisine and Chamorro-inspired flavors comes in the form of Tumon’s newest business on the block, Niu Fusion.

Opened in early June, the Asia-Pacific themed restaurant claimed the former space of Harley Davidson and a few other tourist shops on the bottom floor of the Royal Orchid Guam, boasting about 3,000 square feet along the tourism district’s busy highway.

In conversations with a restaurant chain based in mainland China, General Manager Lin Yan decided Guam could use a blast of more traditional food, but also knew that he would have to tailor the menu to local palates.

“The fusion is amazing. If you try the loco moco, you will know."

Coming from a Chinese background, Yan – in partnership with his China-based partner – said he easily formulated the new restaurant’s traditional Chinese menu.

On the local fusion side, the 1996 Father Duenas Memorial School graduate said he enlisted the help of his classmate, Chef Jared Preuc, and Sous Chef Jonathan Calvo to recreate a variety of Guam’s iconic, mouth-watering barbecue favorites.

“Most people here in the Tumon area have like a one-hour lunch break, so they want something quick, fast and not too expensive,” Yan said. “This is probably the best pricing here in the area and the portion is huge.”

Seating is available for up to about 70 diners in comfortable booths or by window-side tables with views of the bustling San Vitores Drive.

Customers can also sit by the bar in front of Niu Fusion’s open kitchen and watch cooks in action as they hand roll dough for pot stickers, stew noodle soup being prepared inside a large drum and grill everything from lamb kabobs to short ribs.

An interesting fact, the “niu” in Niu Fusion translates to “cow” in Chinese, Yan said. Largely offering cattle-inspired meals seen in the Chinese kabobs and barbecue, the new restaurant also has four different flavors of their signature beef noodle soup, which brews and simmers for hours at a time. However, that’s not all the Tumon eatery is known for!

Yan says their pot stickers, or gyoza, are set aside from the rest of the island’s favorite Asian finger foods. With hand-rolled dough and hand-picked fillings, these broiled, or pan-fried, dumplings are made fresh every day, all day.

A similar stuffed dough worth mentioning is Niu Fusion’s house made, pan-fried steamed bun. Diners can watch cooks delicately knead and roll this bigger version of gyoza in its own separate station. According to Yan, it’s a bestseller in China.

Past the pot-sticker performance, restaurant-goers can stare mesmerized by the steaming grills laden with a variety of glazed meats grilling to perfection.

“We want to cater to all the markets, but locals like barbecue – I love barbecue!”

From barbecue chicken, ribs and fish to grilled steak and your choice of pork, chicken or lamb kabobs, the always sizzling and fired up grill is not only a sight to see, but a tour for all senses.

In particular, the lamb kabob – served glazed or dry – is simply amazing! Rubbed in dry spice, largely with cumin, the gaminess some lamb dishes are typically known for is absent.

The kabob is marinated in a barbecue mix, which tenderizes the lamb and makes its way on to your plate tasting like a high-grade steak!

Yan highly suggests the St. Louis sticky ribs, which are braised for three hours and then pan-seared in a sugary sauce that isn’t too sweet, but sweet enough to sooth your carnivorous cravings. The succulent and tender ribs are then laid over a bed of local sweet potato, a beautiful marriage of complimentary comfort flavors.

Another bestseller on the local side is the pulled pork loco moco, which is a tad different than your average loco moco, but delicious in its own way! Strips of pulled pork atop a bed of rice with various vegetables are the main entrée, but the real kicker to this star-studded dish is the five-spice gravy.

“The fusion is amazing. If you try the loco moco, you will know,” Yan said.

This “lomi-lomi” gravy derives from Hawaiian influences and traditionally accompanies ahi tuna or Kahlua pig, but works just as good with pulled pork! “Lomi lomi” means “to massage” in native Hawaiian, and the gravy will do just that for your palate.

Filled with diced tomatoes, onions, carrots and five different spices, this heavenly comfort food similar to that of a local tinaktak will put you in a peaceful place.

On the Chinese side, the pepper shrimp is an explosion of Asian spices you won’t soon forget. These tenderized prawns are not chewy as most are usually served. And, every bite is addicting.

With multiple shrimp served with a variety of mixed vegetable greens, this Eastern-styled dish is pure ecstasy and gives the term "finger-lickin' good" a whole new meaning.

“Chinese restaurants on Guam try to change things up to fit the local flavor, but this is the way it’s supposed to be,” Yan said.

For dessert, Niu Fusion has some bomb things on the menu, one of which, is an actual bomb! The sweet potato bomb is definitely a standout item, which has sweet potato glazed with sugar and vanilla ice cream inside.

Brought to your table in the form of a bomb with a small spark racing down its wick, the bomb quickly opens up to reveal some sweet, explosive bites!

Note that Niu Fusion’s lunch menu is a tad more limited than the dinner menu, but still has a wide variety of Chamorro-inspired and Chinese dishes.

From the deep-fried Cornish hens to pastry-baked salmon en croute, head to Niu Fusion and treat your palate to a massage and your senses to a vacation in flavor paradise.

When in doubt, err on the side caution. Read more

In the last several weeks, I have taken a look at various federal laws related to electing delegates to the U.S. Congress. As I mentioned at t… Read more

While attending the funeral Mass recently for our treasured family member, 91-year-old Leticia Virata Espaldon, I could not resist pondering a… Read more