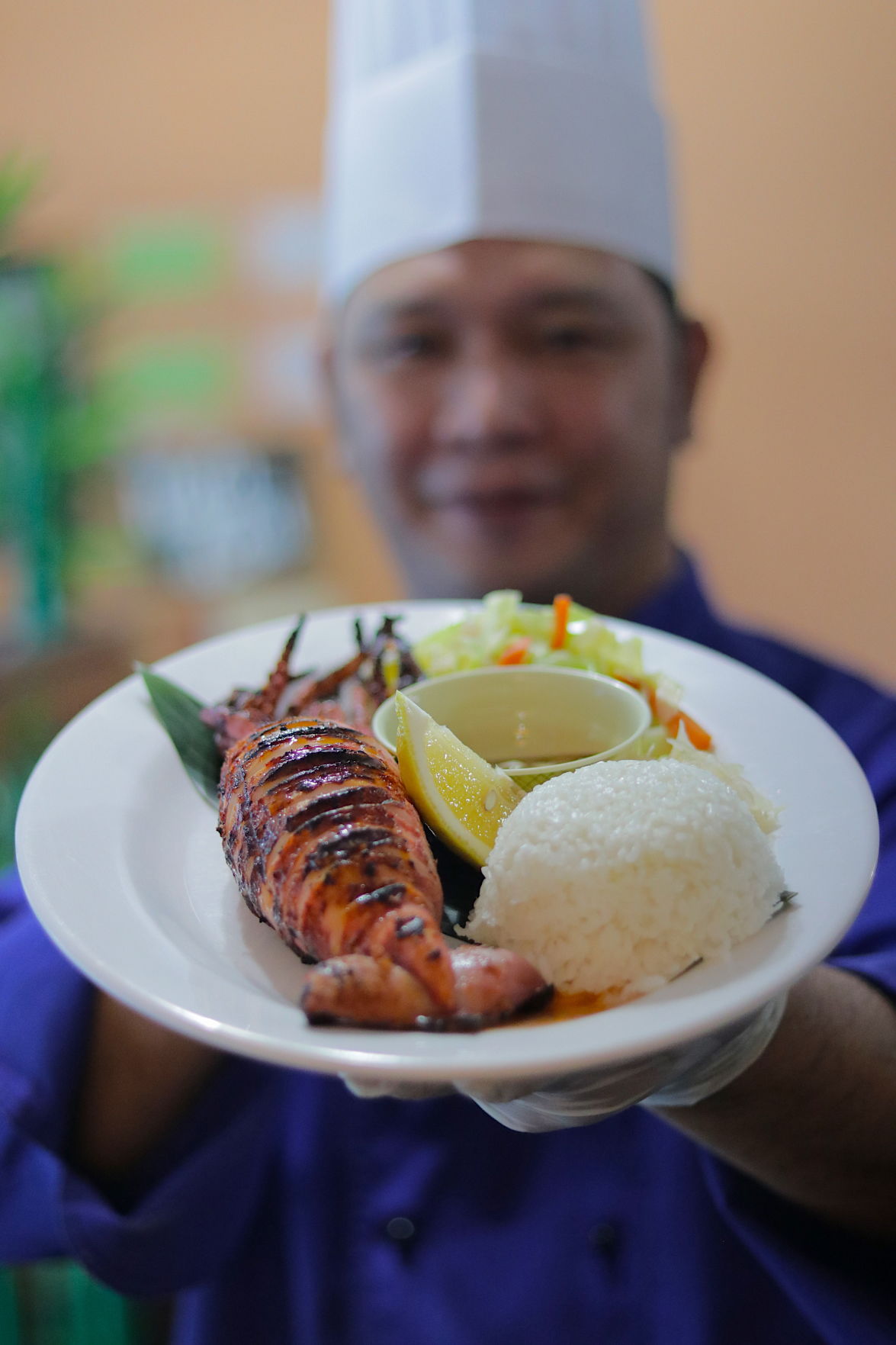 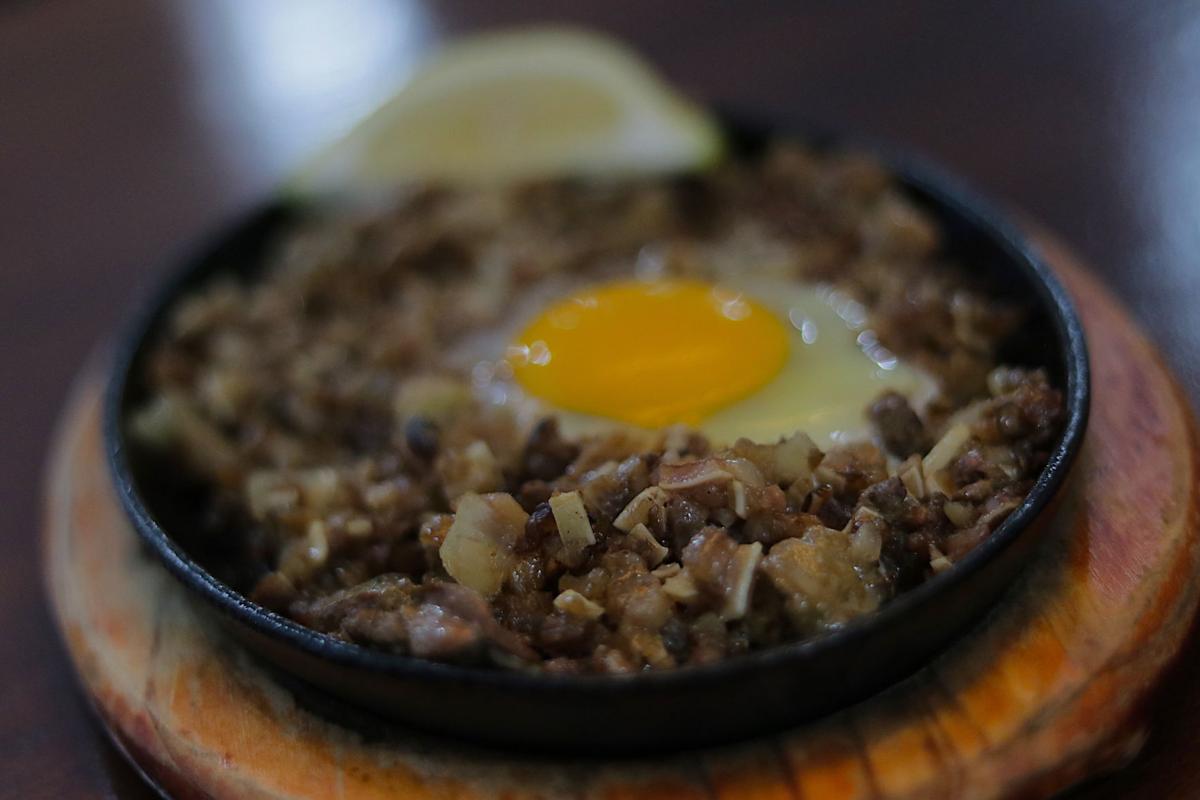 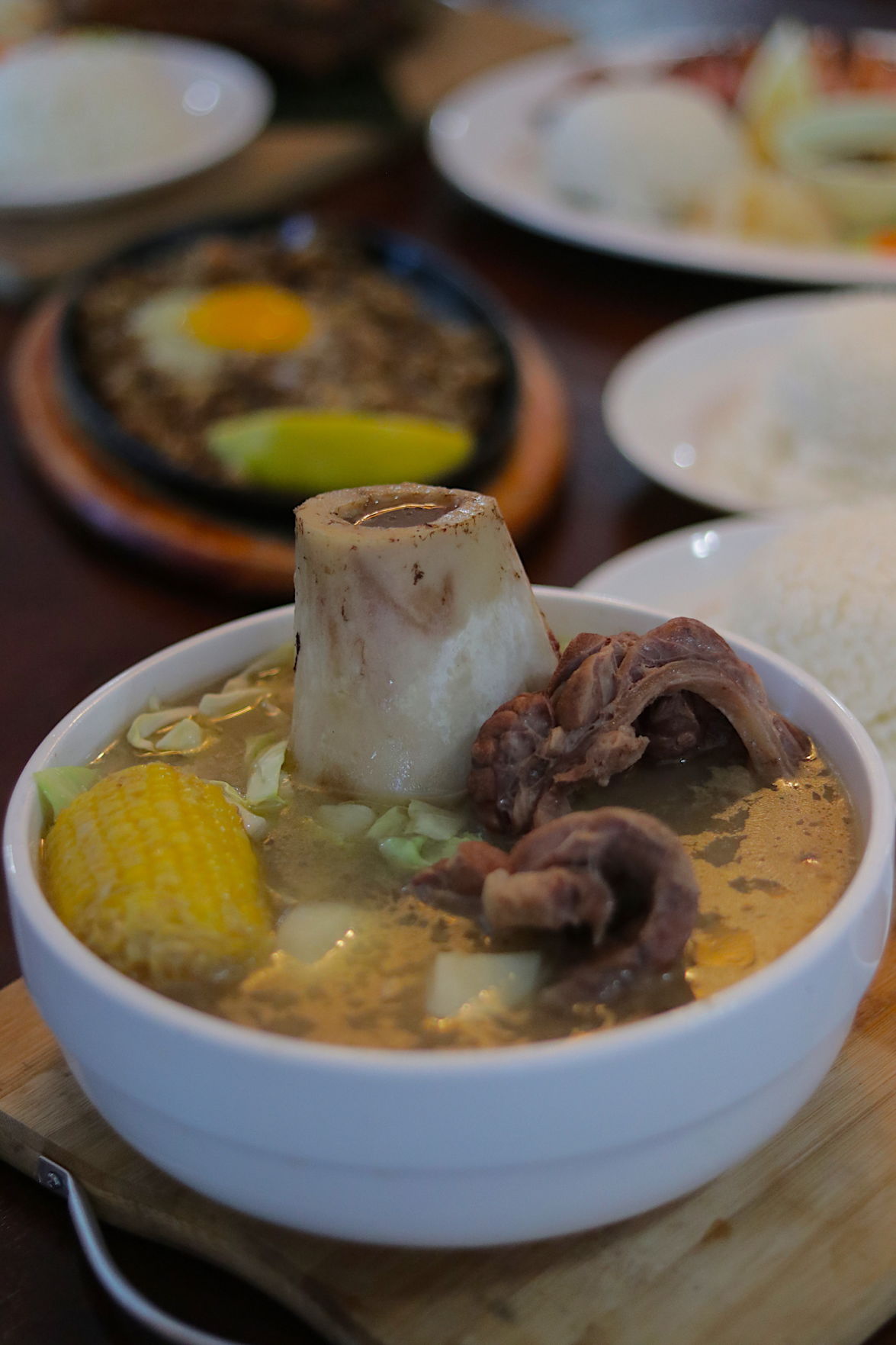 BULALO: Beef shank and bone marrow are boiled separately for hours for tenderness, and then combined together with potato, corn and cabbage. The dish comes from Batangas, Philippines. Dontana Keraskes/The Guam Daily Post 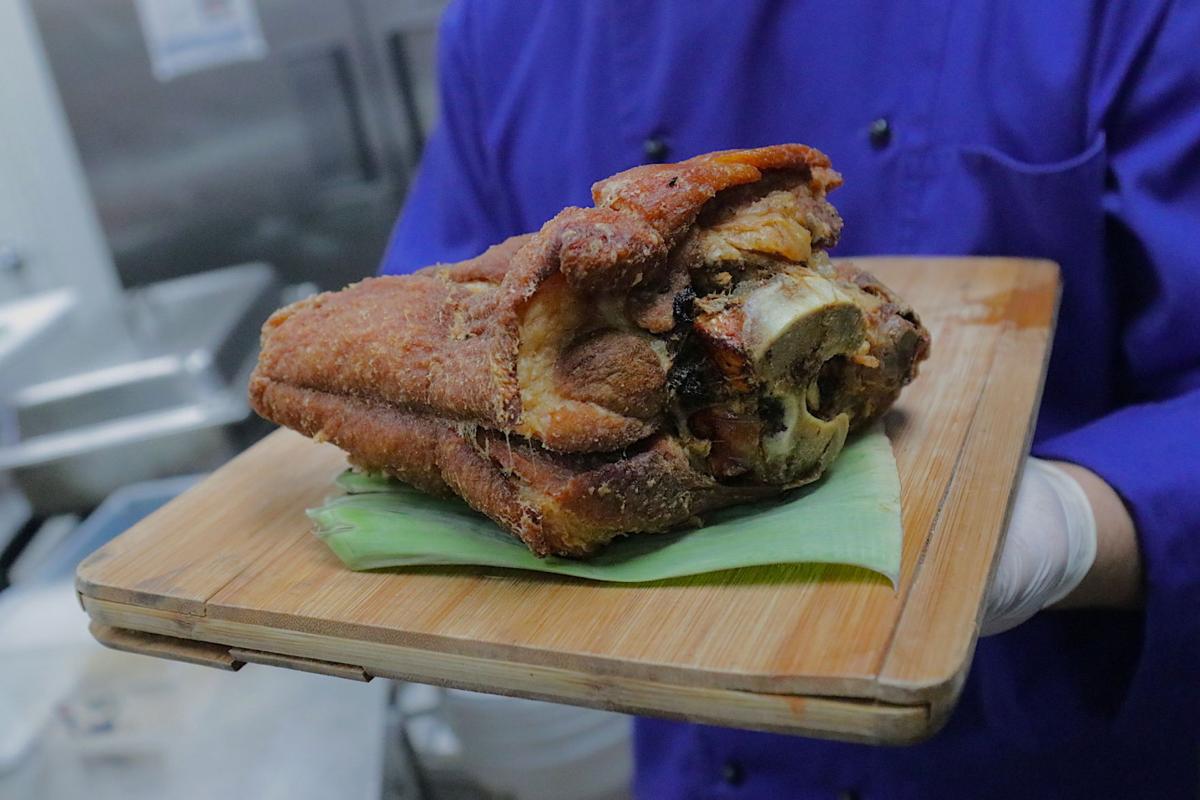 INDULGE: A sizable portion of pork hocks boiled to tender and fried to give it that golden crispy color will surely be more then enough to feed three to four people. Dontana Keraskes/The Guam Daily Post 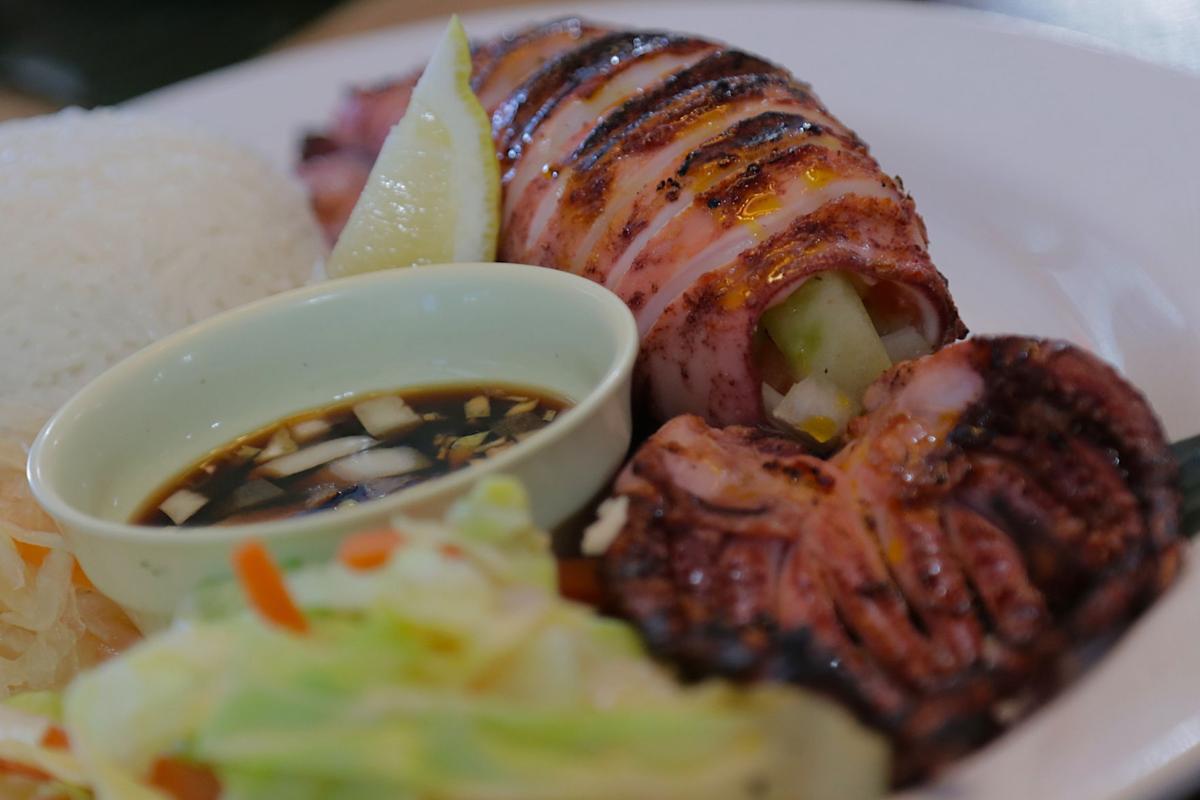 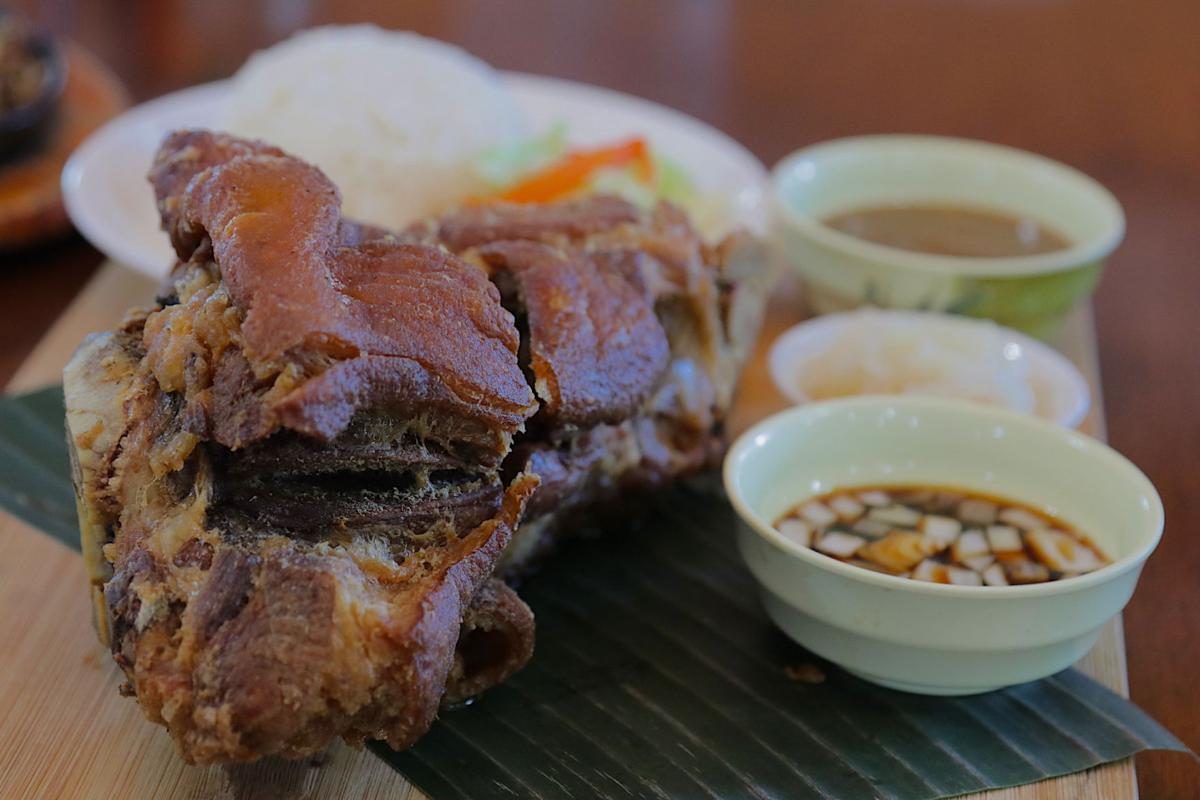 CRISPY PATA: Pork hocks that are boiled two to three hours for tenderness and fried to create that crispy golden crunch and served with your sauces of choice. Dontana Keraskes/The Guam Daily Post 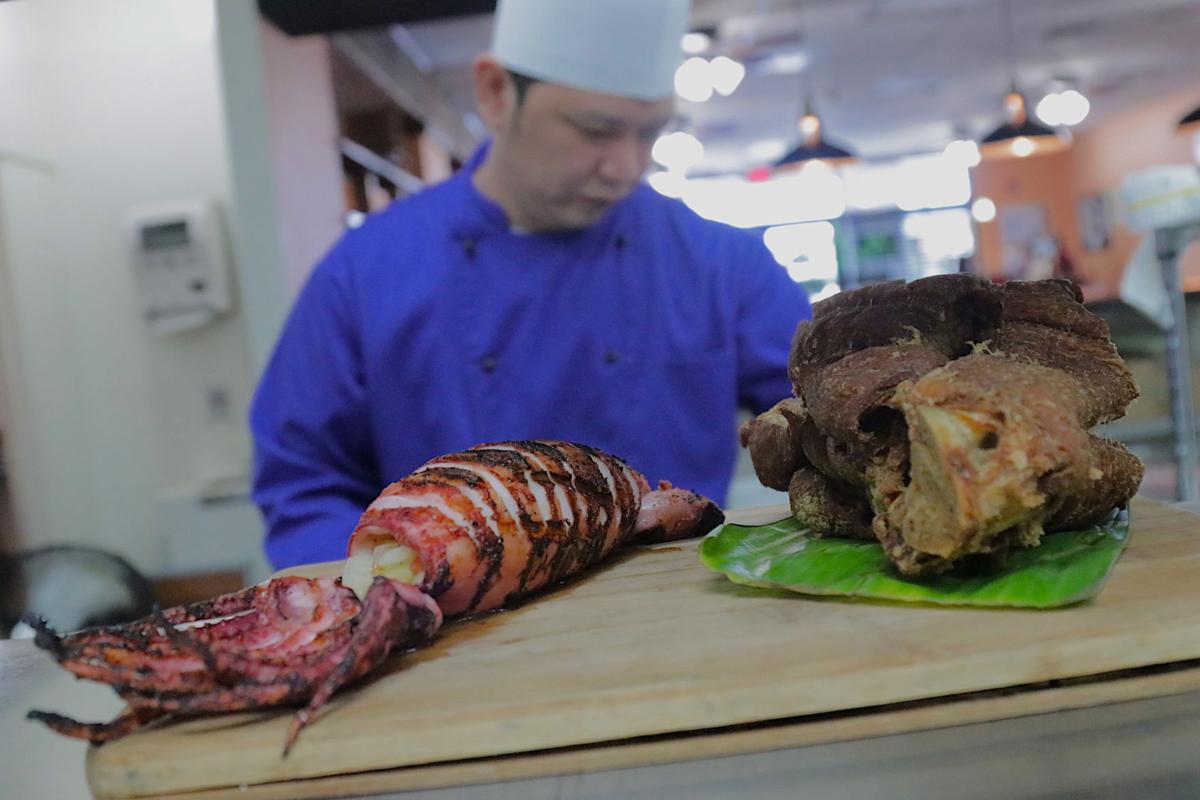 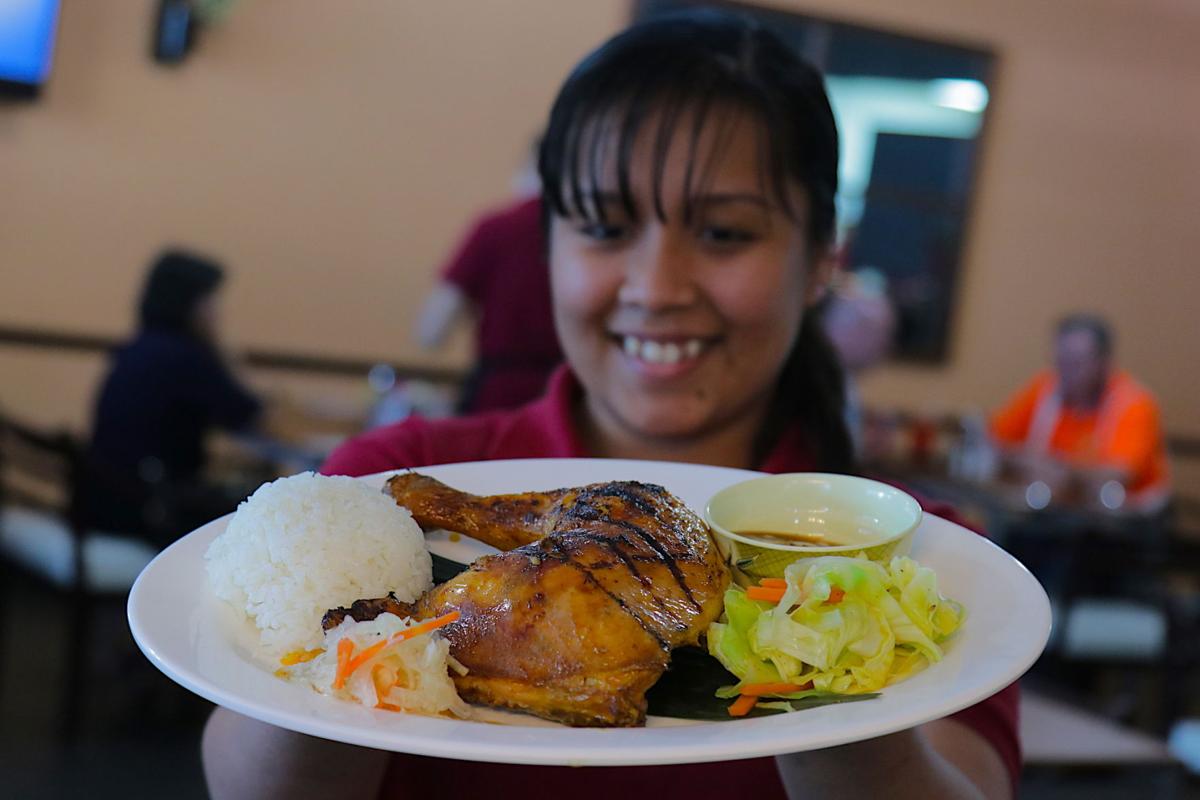 BULALO: Beef shank and bone marrow are boiled separately for hours for tenderness, and then combined together with potato, corn and cabbage. The dish comes from Batangas, Philippines. Dontana Keraskes/The Guam Daily Post

INDULGE: A sizable portion of pork hocks boiled to tender and fried to give it that golden crispy color will surely be more then enough to feed three to four people. Dontana Keraskes/The Guam Daily Post

CRISPY PATA: Pork hocks that are boiled two to three hours for tenderness and fried to create that crispy golden crunch and served with your sauces of choice. Dontana Keraskes/The Guam Daily Post

Jeffrey and Stephanie Lavariño were co-workers at a sushi and steakhouse restaurant on Guam.

Work in the culinary world brought them together, though they were initially countries apart.

Jeffrey was a sushi chef at a luxury Shangri-La Hotel and Resort restaurant in Metro Manila.

Stephanie was just starting out in Guam's restaurant scene, tending to customers as a member of the front-of-the house team of a restaurant in which she would later move on to a supervisory role.

And then Jeffrey met her. In 2009, he was hired for the same Tumon Bay seafood and steakhouse restaurant where Stephanie happened to be working.

They eventually transformed their co-worker relationship into husband and wife. They got married in 2016.

Between raising children and juggling restaurant jobs – at one time holding two jobs while also working on a wholesale sandwich-making operation – the two had always dreamed of taking a plunge into owning their very own restaurant.

"It has been our dream – being in the (food and beverage industry) for a very long time," Jeffrey said.

Without an established brand name to anchor on to, their new restaurant – Inasal BBQ House – is all about a dream they hope to keep afloat and keep on growing for years to come.

Part of the restaurant's name, "inasal," is a Filipino term for food that's been grilled, barbecued or roasted.

Inasal BBQ House opened in September 2019 in Upper Tumon, in the East-West Business Center complex. It is sandwiched between a Chinese specialty restaurant on one side and a Vietnamese-cuisine restaurant on the other.

There are more than 40 amply spaced seats at this restaurant with a weekend salad bar.

On weekends, the place can get packed with people looking for some of the comfort and indulgent Filipino food offerings most anyone with Filipino heritage would crave.

And then there are the members of the restaurant's late-night repeat customers. If you're tired of American burgers when looking for a place to dine out past midnight, Inasal BBQ House can offer another option. Ramen is also a favorite at the place and can be customized to suit a health need or a specific taste. For example, if you hate carrots or your diet doesn't allow this vegetable, they can sub it out.

One of the more in-demand dishes for regular customers is the massive "bulalo" (pronounced boo-laah-lo), a hefty chunk of beef shank – marrow included – swimming in broth and vegetables including pechay, cabbage and potatoes.

Another massive serving of meal in a bowl is the restaurant's version of "lomi" (loh-mee). The concept is meat-based broth and thick noodles almost the size of the Japanese udon, but the restaurant has an overload version for toppings. Slices of chicken liver, grilled pork belly, kikiam and squid balls are added to this noodle soup that poses a challenge for just one person to consume. Kikiam (kee-kyahm) is a sausage-like bean curd flavored with shrimp that gives this soup meal its distinct flavor. This meal needs you to bring a buddy or anyone with a big appetite, because chances are, you can't devour this massive serving on your own.

This lomi overload offers a fiesta in a bowl with a hint of what you would find in a Manila Chinatown noodle place where kikiam abounds.

Another one of regular customers' favorites is chicken inasal, which is roast chicken marinated in lemongrass, lemon, fish sauce and spices one would normally find in roast pig, or lechon. This is a favorite of many, the restaurant owners said.

And there's another massive hunk of a dish that graces most repeat customers' tables at the restaurant – crispy pata (pah-tah). Pata is made of pork leg and that's where the dish's name comes from: for leg. This entails braising the pork leg until gelatinous, putting it in the fridge to get firm again and then double-frying to achieve crunch to the pork skin and the meat pieces. Brace for crackling sounds as you eat this – with various options of dipping sauce, from Guam's soy-and-vinegar fina'denne' to the sweet Filipino sauce commonly called "Mang Tomas," which is a brand of the sweet gravy concoction.

If you like anything roasted and crunchy, this one's for you. They're not heavy on the salt, but various condiments are within reach.

There are Filipino-specific dishes at this restaurant that are considered street food but which many order as part of filling their craving for Filipino fare. There's the famous – or infamous – "adidas," braised and then roasted chicken feet. The name is a pun for the shoe brand. And then there's the braised and roasted beef intestine called "isaw" (ee-sahw). These two dishes are also a favorite among the restaurant's regular customers.

Though mostly Filipino dishes are offered in this restaurant, there are a few popular dishes to meet the needs of other palates. Jeffrey's experience in Japanese dishes has allowed the restaurant to offer customizable ramen that is popular among the late-night and before-dawn crowd.

On weekends, the restaurant opens a salad bar that includes sushi. The salad bar costs less than $4 if you have an entrée. It costs $9.99 if you're ordering it solo.

Both Jeffrey and Stephanie have Filipino heritage.

Jeffrey is pure Filipino by blood and has drawn inspiration in the kitchen from his childhood Philippine province of Batangas, his grandpa's hometown in Cebu, and his grandma's province of Misamis Oriental. These provinces alone are enough to give you the culinary travel experience without going on a plane ride.

Their business model comes in large part from what they are and what they want at the dinner table. Since they love Filipino food, they might as well open up their dishes for others, so goes their thought process.

Stephanie is half Filipino, born to a Navy sailor dad who came to Guam many years ago for military service. She was born on Guam and would often visit the Philippines, so she not only loves Filipino cuisine, but she speaks the language, too.

She also has Mexican heritage, so that might show up on the restaurant's menu someday. She said her dad has some recipes to pass on to her.

For the kids who show up with the grownups but don't quite yet have that palate for serious Filipino food, the restaurant has that covered with sweet spaghetti. The sweetness comes in part from banana ketchup, which is a Filipino twist to the Italian noodle dish.

The Lavariños have made personal sacrifices to launch this entrepreneurial dream of theirs.

Late nights at work and juggling time between home and the restaurant and making the budget work are an everyday challenge, but the couple is optimistic.

The couple acknowledges that opening a restaurant comes with high risks, but they are determined to make their dream work.

This low-key couple has 22 people on their workforce – a big financial undertaking for a small startup – so they have a lot of families riding on their business idea to continue to thrive.

One of a number of things that makes their restaurant unique is its unlimited rice, soup or salad options. It's popular in Philippine restaurants with mass appeal to offer "unli" steamed rice or "unli" garlic rice or soup. The "unli" concept has shades of similarity to the marketing appeal for unlimited data and phone time.

Given the challenging business environment on Guam with a recent slump in visitor arrivals and a minimum wage increase that will soon take effect, these restaurateurs can only work harder for their business and their children's future.

They also hope to stand out for what makes their restaurant unique enough but has enough appeal for a broad market.

"The only thing we can do is control our cost without affecting the quality," said Stephanie, the restaurant's general manager.

Jeffrey, who holds the executive chef title, also hopes that his culinary experience spanning decades and his wife's business management acumen on the front side of the house will help keep the business thriving.

The couple also has their business partners – relatives Christian Dones and Roberta Mundo, who is Stephanie's sister – to join them for what they hope to be a lasting ride.

• Where: 744 North Marine Corps Drive in the East-West Business Center complex in Upper Tumon, sandwiched between a Chinese specialty restaurant on one side and a Vietnamese-cuisine restaurant on the other.