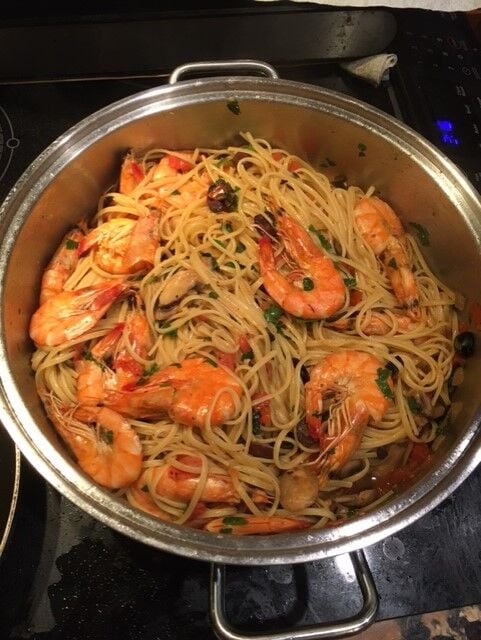 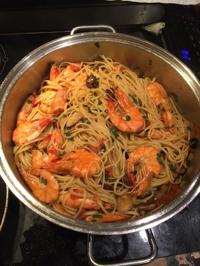 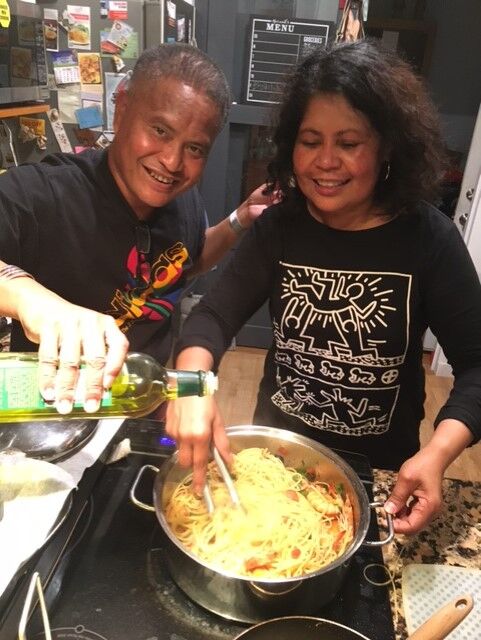 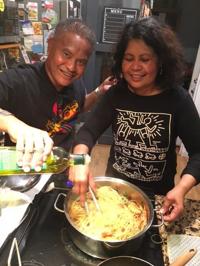 STIR IT UP: Corman and Kayo stir the pot. Bill Pesch/For The Guam Daily Post 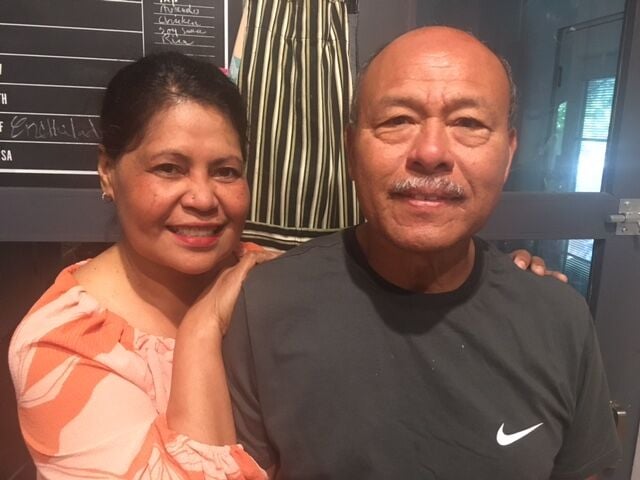 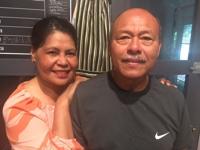 GRACIOUS HOSTS: Ray and Kayo Camacho hosted Bill and Corman as they stopped by Burien, just outside of Seattle, Wash. Bill Pesch/For The Guam Daily Post 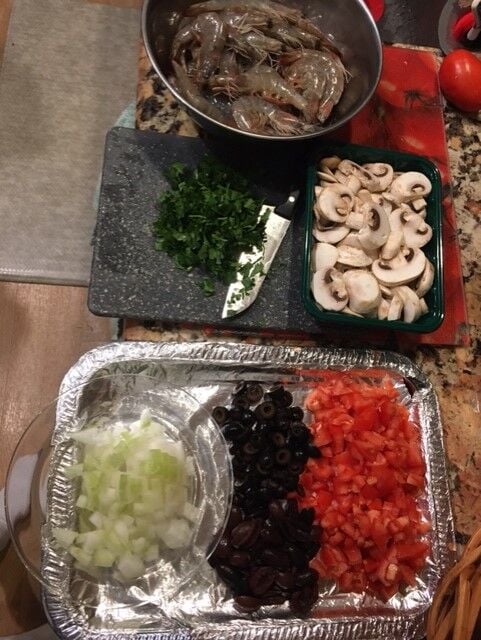 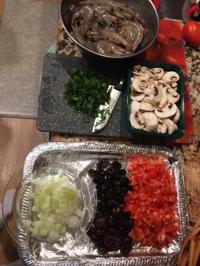 INGREDIENTS: Some of the necessary ingredients. Bill Pesch/For The Guam Daily Post

STIR IT UP: Corman and Kayo stir the pot. Bill Pesch/For The Guam Daily Post

GRACIOUS HOSTS: Ray and Kayo Camacho hosted Bill and Corman as they stopped by Burien, just outside of Seattle, Wash. Bill Pesch/For The Guam Daily Post

INGREDIENTS: Some of the necessary ingredients. Bill Pesch/For The Guam Daily Post

You can take an islander out of the islands, but the islander's taste buds will remain no matter where they go! Just the other day, I had the good fortune to experience this firsthand.

Corman and I are currently in Burien, just outside of Seattle, Washington. Ray and Kayo Camacho are our gracious hosts. Kayo is Palauan and Ray is of Chamoru-Palauan heritage. Both were raised in Palau. They relocated to the States four decades ago and have lived in Washington since 1992. Ray and Kayo are part of a growing Micronesian community who have relocated to the Northwest in search of educational and employment opportunities.

Ray and Kayo are well adapted to life in the mainland, but both still crave traditional island foods from time to time. Fortunately, over the last decade or so, a variety of grocery stores have opened that offer familiar islander and Asian foods. In addition, the Northwest is known for its diversity of seafood. So Micronesian comfort food is easy to find. This was very appealing to Corman, who is also Palauan. We've been traveling for six weeks and most of our meals have consisted primarily of Western foods. He was craving some seafood.

The other day, Kayo and Corman decided to cook some soft-shelled crabs for dinner. They left for the grocery store and I left to take a long walk. When I returned, I was greeted by a mound of shrimp on the kitchen counter. Kayo and Corman told me that the store had run out of crabs, so they decided on cooking with shrimp instead. They didn't have a particular recipe in mind but both wanted a meal that highlighted the natural taste of the shrimp rather than disguising the flavor with a sauce.

Kayo, who loves to cook, said she had an idea. Without a particular recipe in mind, she began to work her magic. As she prepped the meal, I took notes so that we could make a written recipe. She and Corman chopped and diced onions, garlic, tomatoes, mushrooms and parsley. She sautéed the vegetables, then added the shrimp. Both Corman and Kayo are seafood purists – that is they both wanted to use whole, fresh shrimp. Of course, if you prefer, you can use deheaded and deshelled shrimp, fresh or frozen. After cooking the shrimp and vegetables, Kayo added linguine noodles and stirred all the ingredients together.

The end result was really delicious. I thoroughly enjoyed the rich flavors of both the shrimp and the noodles. Although I like a variety of sauces with seafood, I agree with Kayo's recommendation to cut back on a sauce when the meal features fresh, rather than frozen, seafood. Interestingly, as we ate the meal, Ray, Kayo and Corman began to reminisce about their early lives growing up in Palau. I instantly sensed the connection between food and culture. Although these islanders were away from their home islands, the taste of familiar seafood evoked memories of their rich islander heritage. This meal reminded me that once an islander, always an islander. Thank goodness!

1 pound shrimp, with or without shell (fresh is preferred but if using frozen shrimp, thaw before cooking)

1. Cook the linguine as instructed on the box for al dente noodles. Do not overcook.

5. Add the shrimp to the pot and continue to stir until the shrimps are cooked. (The shrimp should be pink – cook about 3 minutes each side). Remove pot from stove.

6. Combine the cooked noodles with the vegetables and shrimp. Squeeze the lemon over the noodles, and mix well. Add the parsley and 5 tablespoons of olive oil. If more moisture is desired, add 1/2 cup or so from the reserved noodle water. Serve with garlic bread.