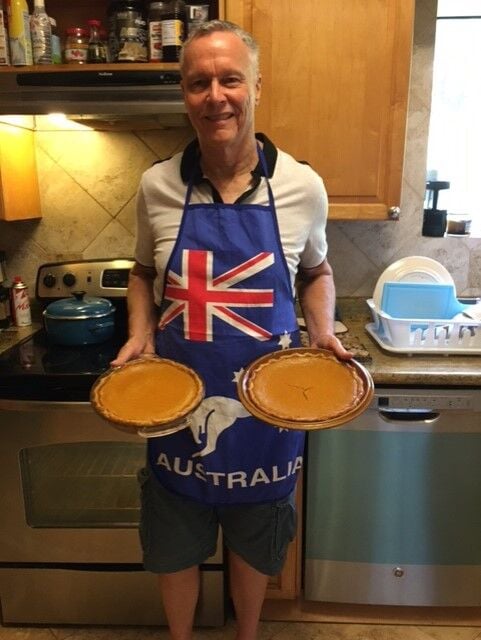 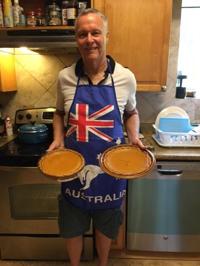 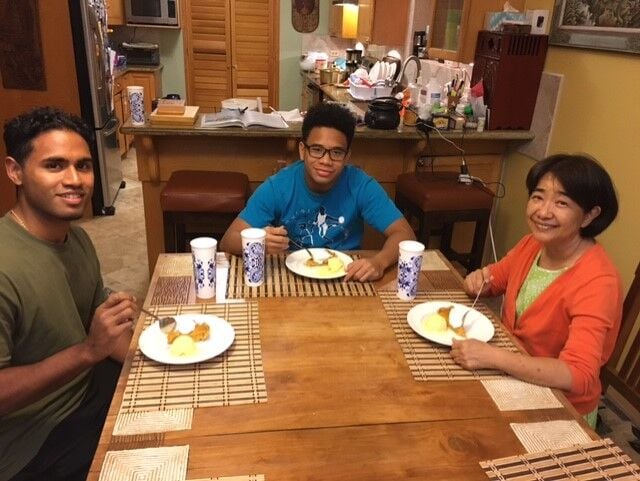 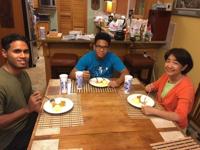 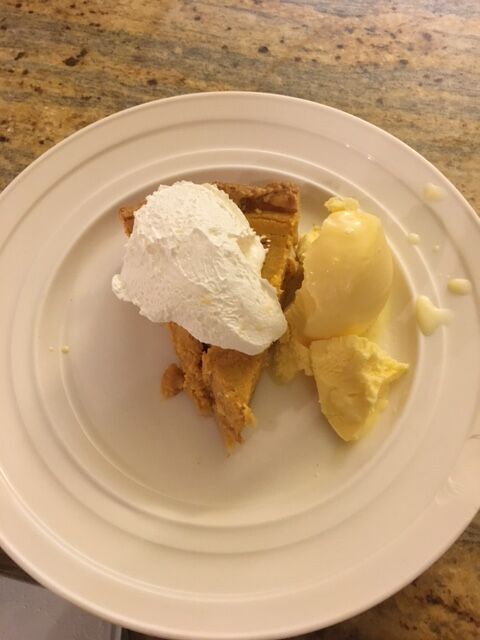 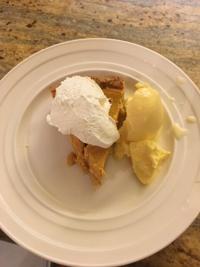 HAVE A SLICE: Dress up a slice of pumpkin pie with some whipped cream and ice cream. Bill Pesch/For The Guam Daily Post 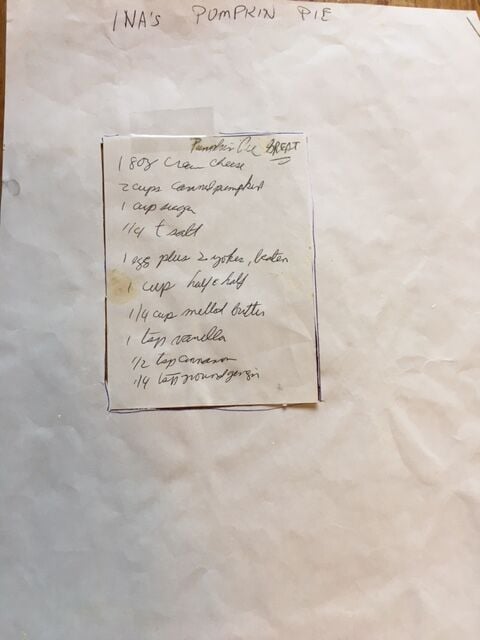 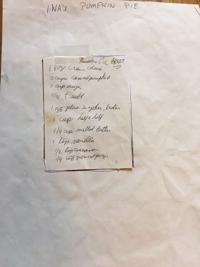 INA'S PUMPKIN PIE: This is part of a handwritten recipe of since-forgotten origin. Bill Pesch/For The Guam Daily Post 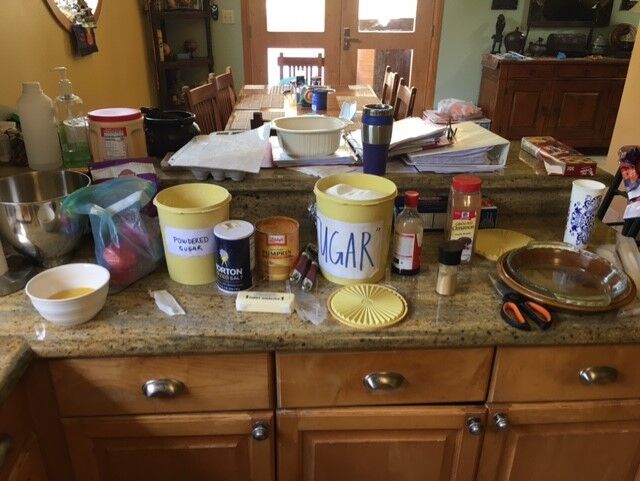 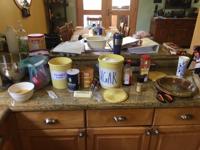 WHAT YOU'LL NEED: Get together everything you'll need to win the next Thanksgiving bake-off. Bill Pesch/For The Guam Daily Post 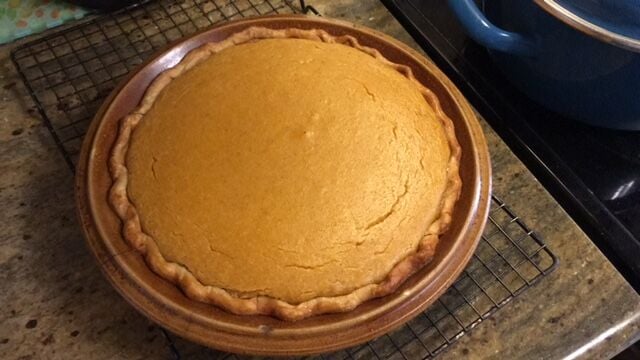 PIE, ANYONE?: This pumpkin pie is ready to slice. And why not add some whipped cream and ice cream? Bill Pesch/For The Guam Daily Post

HAVE A SLICE: Dress up a slice of pumpkin pie with some whipped cream and ice cream. Bill Pesch/For The Guam Daily Post

INA'S PUMPKIN PIE: This is part of a handwritten recipe of since-forgotten origin. Bill Pesch/For The Guam Daily Post

WHAT YOU'LL NEED: Get together everything you'll need to win the next Thanksgiving bake-off. Bill Pesch/For The Guam Daily Post

PIE, ANYONE?: This pumpkin pie is ready to slice. And why not add some whipped cream and ice cream? Bill Pesch/For The Guam Daily Post

With only a week before Thanksgiving, I feel pressured to post a recipe specifically geared for this special day. After much consideration, I decided to go with a beloved, traditional dessert: pumpkin pie. Who doesn't serve pumpkin pie on Thanksgiving?!

Over the years, I've eaten a variety of pumpkin pies and tested several recipes on my family and friends. About three years ago, I stumbled onto a recipe that got rave reviews and many requests for the recipe. I'm embarrassed to say that I don't remember exactly where I got the recipe. I wrote it out in longhand and put the caption "Ina's Pumpkin Pie." I assumed that I was referring to the famous TV foodie guru, Ina Garten, better known as the Barefoot Contessa. But when I went onto her website a few days ago I couldn't find it there.

Oh well, my eternal gratitude to whomever came up with the recipe is circulating in the cosmos.

Let me relay to you a true story that highlights just how good this recipe really is. If I asked whether you have a favorite restaurant pumpkin pie, chances are you would say yes, and chances are it would be Capricciosa's pumpkin pie. That certainly is my favorite restaurant pumpkin pie, as it is for many of my friends. During this holiday season, Capricciosa bakes hundreds of these delicacies to the delight of countless people.

Last Thanksgiving my in-laws hosted an outdoor dinner at their home in Barrigada. Friends and relatives brought their favorite dishes and added them to the overflowing serving table. What a feast and what a variety of food! It was definitely a culinary showcase of East meets West, with a heavy dose of island-style cooking.

There was a traditional turkey and a ham along with barbecued fish, pork adobo, chicken kelaguen, gollai hågun suni, taro, tapioca, Thai beef lemongrass, Palauan stuffed crab (ukaeb) and sea urchin. I walked to the end of the table where the desserts were piling up. They included chocolate chip cookies, cupcakes, latiya, roskette, apple pie and rum cake, among many others.

As I scanned the selection, I looked for an opening to set down my contribution to the feast – two large pumpkin pies that I had made earlier in the day. I spied an empty spot at the edge of the table and nestled them between a platter of cupcakes and two flat boxes. I noticed that the boxes were from Capricciosa. I opened up one of the lids and to my dismay noted it was pumpkin pie!

My cousin-in-law, Ed, spied my pies and came running up to me. "Oh Bill, I see you brought your homemade pumpkin pies. Too bad, I brought two from Capricciosa – they're going to outshine yours!"

My legal competitiveness kicked into high gear. If Ed wanted to make this a competition, so be it! I ran to my car and tore some pages out of a blank pad of paper. I had scissors in my glove compartment and used them to cut the pages into small pieces. I placed these pieces into an empty paper cup along with several ink pens. I then grabbed another empty cup and ran back to the table with the supplies. I took the Capricciosa pies out of their boxes. Since my pies were also baked in aluminum plates, they all looked the same. I placed a small piece of paper next to each pie, marking my pies with the letter A and Capricciosa's pies with the letter B.

Some people were finishing up on their main meal, so I knew I had to act fast. I grabbed the serving spoon out of the adobo pot and beat the spoon on the metal rim. Startled by the loud noise, all eyes turned toward me.

"Good evening everyone," I began, "and happy Thanksgiving to you all! To add a little fun to the evening, Ed and I would like to announce that we have a little competition we want you to help us with."

Out the corner of my eye, I saw Ed abruptly stand up and walk toward me.

As he approached, I put my arm around his shoulder and said, "Tonight, Ed brought some wonderful pumpkin pies from one of my favorite restaurants, Capricciosa. I know that this is a loved dessert, but tonight I brought my own homemade pumpkin pies that I think are even better. But we'll let you decide! You will notice that there is a piece of paper next to each pie marked with either the letter A or the letter B. The pies marked A are either both my pies or both Capricciosa pies. The same is true for the pies marked B, so you won't know which one you're eating. In this cup are blank pieces of paper and some pens. We ask you to sample both pies, and decide which one you like best. If you liked the A pie better, simply write the letter A on the paper. If you liked the B pie better, write the letter B on your ballot. Place your ballots into the other cup and we'll count them at the end of the night."

Over the next couple of hours the pies slowly disappeared and guests meandered back to the table to drop off their ballots.

Sensing that people would soon be leaving, I grabbed the spoon from the adobo pot and once again beat on the metal rim. All eyes turned toward me. I called Ed and asked him to approach.

"Ladies and gentlemen," I exclaimed, "it's now time to find out who won the pumpkin pie competition."

I then grabbed the cup with the completed ballots and handed it to my father-in-law, Yosi. As he drew the ballots out of the cup, he announced the letter on each piece of paper and laid them down in separate piles. Once all the ballots had been read, he announced that my pies had been marked with the letter A and Capricciosa's with B. He proceeded to count all the A ballots. They totaled 13. He then counted the B ballots. Ed and I locked eyes as Yosi announced the final tally.

I let out a yell and held my arms up in victory! Ed graciously shook my hand and said, "Congratulations, Bill. You won fair and square – can I have your recipe?"

Well, here it is!

One 9-inch pie crust, either handmade or already prepared frozen or refrigerated

2 cups of canned pumpkin puree (Do not use pumpkin pie mix!)

Beat cream cheese with a mixer until smooth – one to two minutes.

Add pumpkin puree and beat another 30 seconds to a minute.

Beat in the sugar and salt. Scrape sides as necessary

Add egg and yolks, half & half, and melted butter. Beat until combined.

Add vanilla, cinnamon and ginger and beat another 30 seconds.

*Whether you are using either a pre-made frozen/refrigerated piecrust or a homemade piecrust, be sure to follow the directions for a one-crust pie that will be filled, then baked. The recipe may require that the crust be pre-baked before you pour in the filling.

"Good evening everyone," I began, "and happy Thanksgiving to you all! To add a little fun to the evening, Ed and I would like to announce that we have a little competition we want you to help us with."