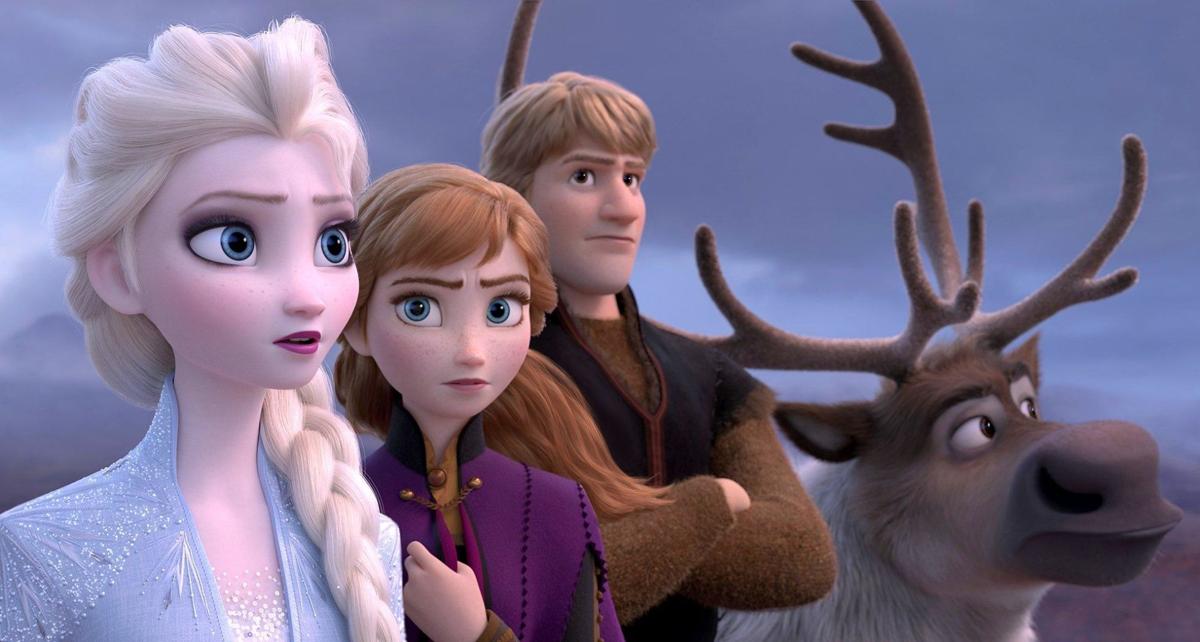 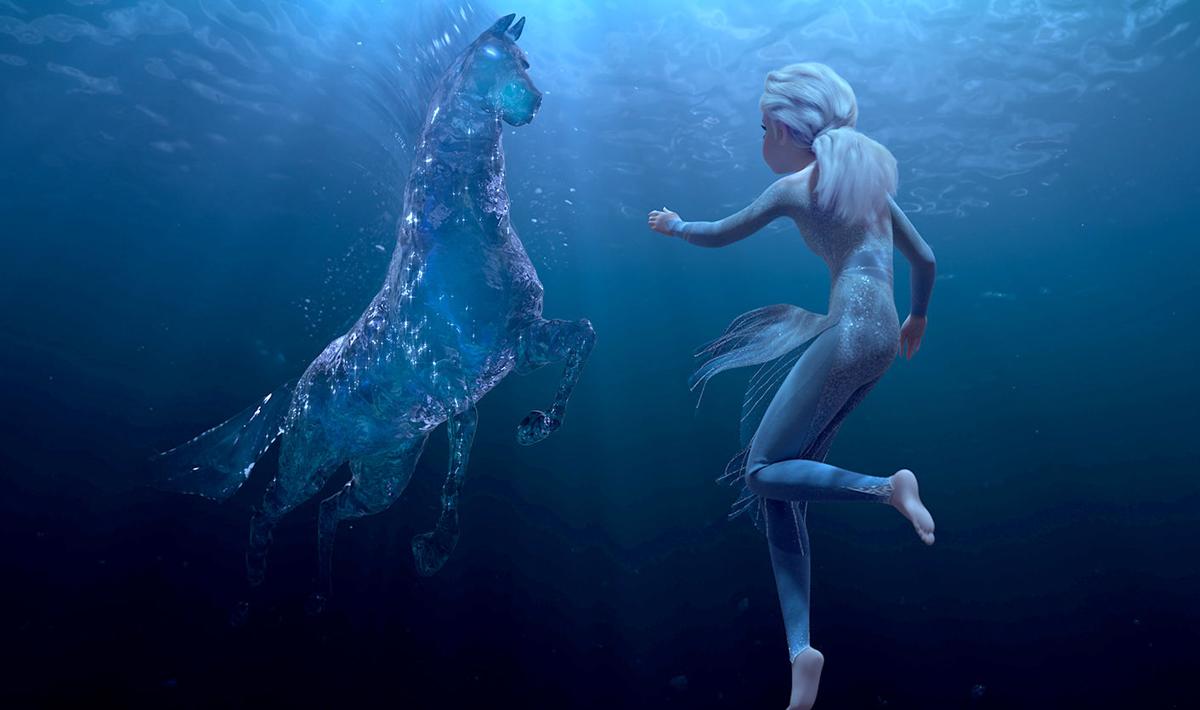 THE STUFF OF LEGENDS: A Nokk - a mythical water spirit that takes the form of a horse, using the power of the ocean - floats alongside Elsa, who is voiced by Idina Menzel, in "Frozen II."  Walt Disney Animation Studios 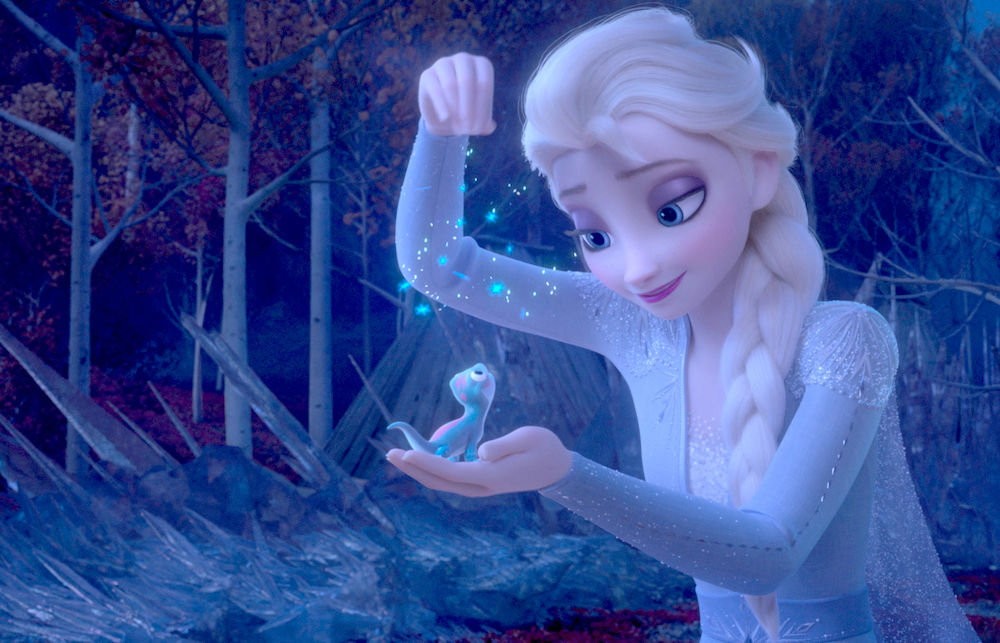 THE STUFF OF LEGENDS: A Nokk - a mythical water spirit that takes the form of a horse, using the power of the ocean - floats alongside Elsa, who is voiced by Idina Menzel, in "Frozen II."  Walt Disney Animation Studios

“Frozen 2” is a story that illustrates how teamwork and belief in one another can help any family find a triumphant and happy end – whatever the challenge.

Arendelle’s Queen Elsa and Princess Anna embark on a treacherous expedition to figure out where Elsa’s powers originate. The stellar film deviated from the common Disney animated movies' typical theme of good versus evil. “Frozen 2,” quite appetizingly, uses the fear of change and learning to accept it – something many of us can relate to – as the central theme that pushes the story forward.

This approach showed the sisters trying to understand their parents’ death. It brought to the forefront the feeling of loss children have to deal with when they're forced to grow up without their parents. Fortunately, Olaf’s comical, yet simple approach to life, lent a playfulness to the film that balanced the more serious scenes. The balance helped hold the audience's attention.

Although there are no bop songs, such as “Let It Go” or “Do You Want To Build A Snowman” in “Frozen 2”, the more dramatic musical scores were a vivid accompaniment of the storyline. The well-written plot and colorful animation produced a magnificent setting – implementing a winter landscape with shades of blues and whites. Disney animators and writers, once again, successfully transported the fairy tale out of children’s fantasies onto the big screen.

Keeping a snowy and peaceful wonderland

The story follows two royal sisters: one with supernatural abilities and one devoid of magic. They want to promote tranquility and happiness in the kingdom they've inherited. But to do that and move forward, they need to figure out a few things first.

The adventure begins when voices start calling Elsa. Unheard by the others, the voices coerce Elsa to venture “into the unknown.” Unlike the first movie, Anna doesn't allow Elsa to go on her quest alone. Kristoff, Olaf and Sven join the two sisters on their adventure to the enchanted, mist-covered forest. Together, they attempt to find the answers to their questions.

I hope viewers can learn from Elsa and Anna that change is inherent in life and it's important to be able to deal with those changes.

The film is a modern take on girl power and follows the "not so princessey" tales that Disney storytellers delightfully fall into every so often: A princess that isn't waiting, looking or chasing after a prince but rather some loftier goal that – in her world – makes a difference to more than just herself. Films such as "Mulan," "Brave," and "The Princess and the Frog" were diversions from the typical "Cinderella" who had to be rescued by her one true prince. Like them, Anna and Elsa are strong-willed and brave characters who, in their adventure, learn what it takes to be their own heroes.

In the approximately two hours of sitting and watching the queen and princess of Arendelle embark on an adventure during which they learn more about who they are as people, I think these two royal ladies, and their new movie, take the crown.