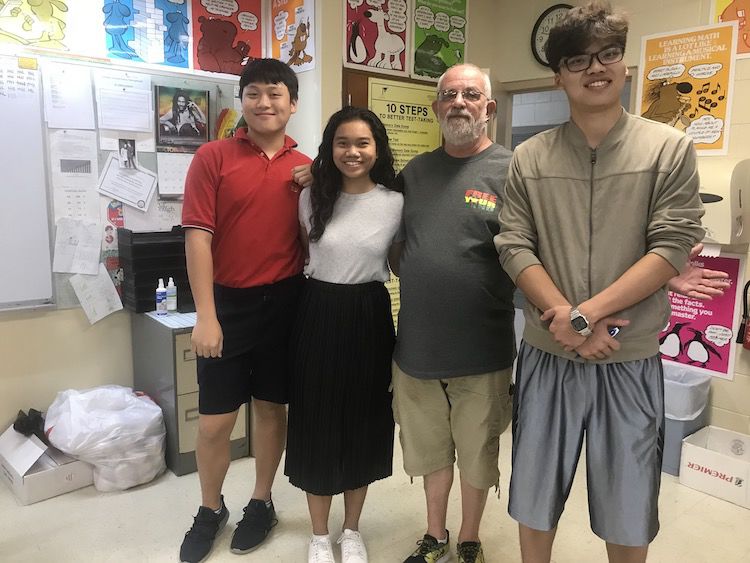 RECYCLE: The St. John's Environmental/Recycling Club invites the community to join their recycling effort. In the photograph, from left: Felix Gong, Grace Hutapea and Kyle Liu of the St. John’s Recycling Club pose for a picture with their advisor, Tom Pearson, adviser, right center. Kai Leigh Harrison/ The Scoop 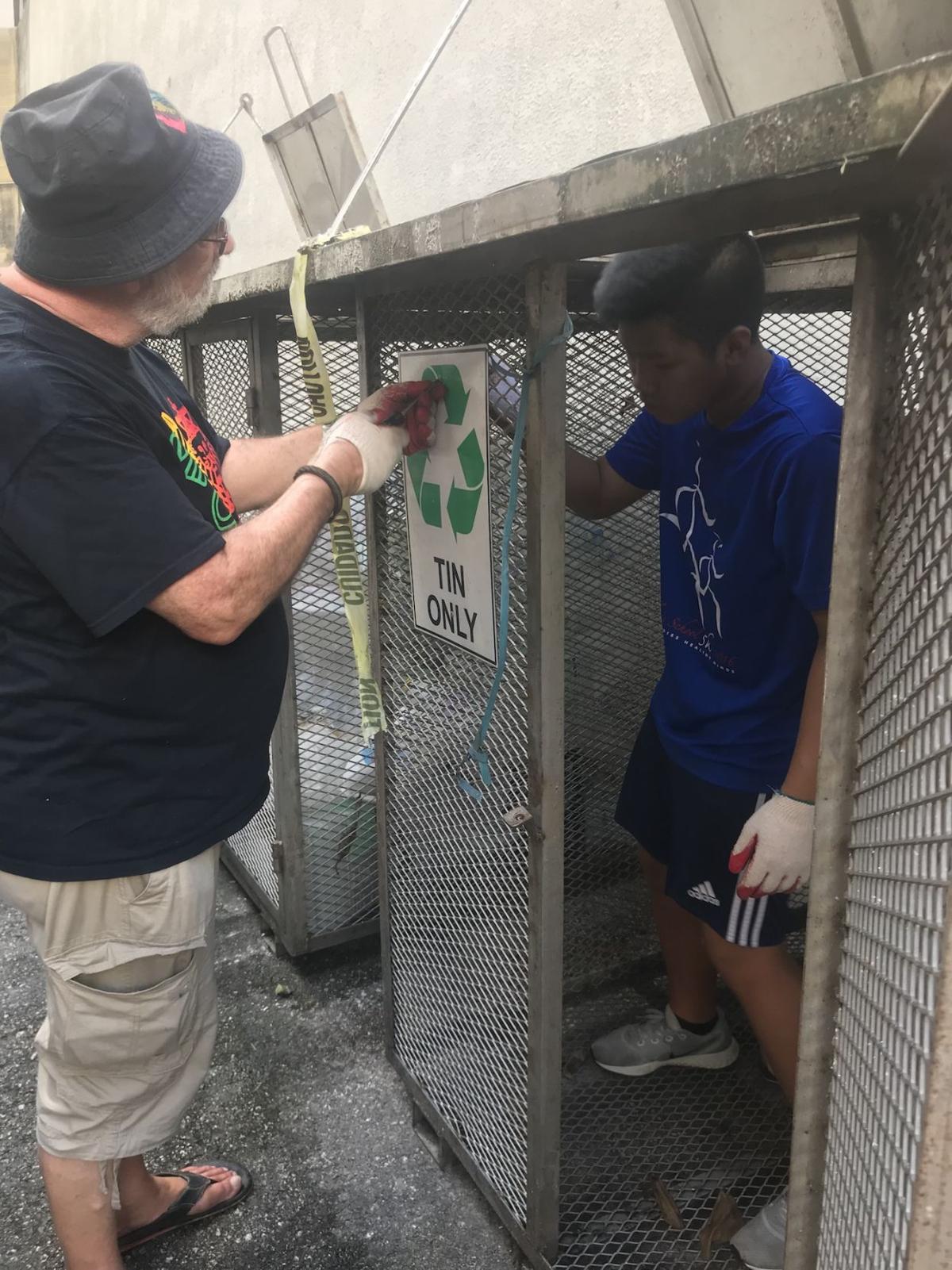 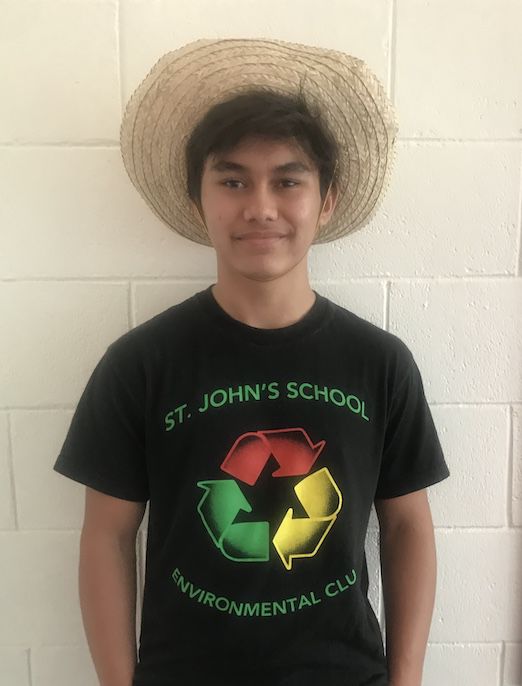 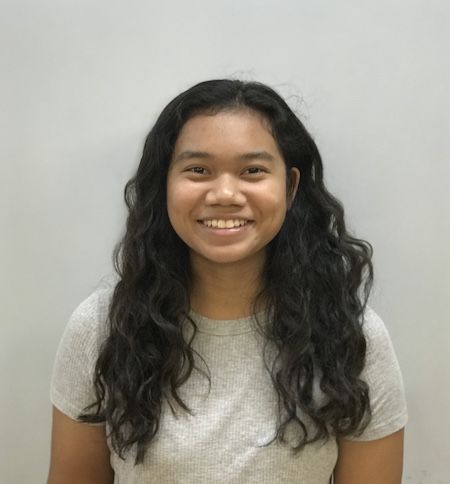 RECYCLE: The St. John's Environmental/Recycling Club invites the community to join their recycling effort. In the photograph, from left: Felix Gong, Grace Hutapea and Kyle Liu of the St. John’s Recycling Club pose for a picture with their advisor, Tom Pearson, adviser, right center. Kai Leigh Harrison/ The Scoop

What can be recycled: Plastic, Aluminum, Metal, Glass, Newspapers, Cardboard

Turning a container over to squint at a tiny recycling symbol and number is not something many people automatically do.

A large part of the reason why they don't do this is, they simply don't know that they should. And that looking at that tiny recycling symbol can lead to the discovery that the world is much more recyclable than you think. Many people overlook the wasted potential of reuse in their empty shampoo bottles, glue containers, vitamin containers, soup cans and more items.

“Sometimes people just throw things into the recycling or trash bins, but this way, they’re more conscious of where their recyclables go,” Hutapea said about the desired impact of the event.

Plastics with 1 and 2 symbols, metal, aluminum, newspapers, glass and cardboard will be accepted at the St. John’s School Paka Lanai. All materials will be received by recycling club members, who will then sort materials into their correct categories, and deliver them to transfer stations and appropriate receptacles.

Recycling helps reduce the amount of trash that goes into the landfill. Approximately 20,000 tons of trash from GSWA curbside trash customers are collected and landfilled each year in the Layon Landfill, according to the Guam Solid Waste Authority, which collects trash from about 16,500 curbside customers each week.

The landfill itself is expensive to maintain and expanding it costs millions as well. Currently, two of the cells where Guam's trash is being dumped are filling up and will need to be closed and capped off in another year or two. To open another cell is going to require more than $20 million.

See where you can bring your recyclable items to be processed. Visit the Guam Environmental Protection Agency website at http://epa.guam.gov/recycling.

Nov. 15 is National Recycling Day, a day for our nation to focus on getting one step closure to making sure nothing gets turned into waste. According to “National Geographic,” Americans send 64 tons of waste to landfills during their lifetime. That’s 246 million tons of waste each year. National Recycling Day aims to encourage Americans to purchase recycled products and recycle more.

In hosting this community program, St. John’s Environmental Club hopes to spread awareness about what can and cannot be recycled, and where people can bring items to be recycled.

According to Nic Rupley Lee, the public information officer of the Guam Environmental Protection Agency, Guam reported a 39.16% recycling rate compared to the national recycling rate of 34% in 2018.

There is always room for improvement in the island’s recycling efforts, he said.

“Mindsets need to change and everyone must put in proper efforts to ensure that eligible waste can be diverted from the landfill and sent off for recycling," Lee said.

Some things to keep in mind about recycling in Guam:

1) Cardboard cannot be wet or soiled, and plastic bottles should not have contents in them prior to disposal at a recycling facility.

2) Aluminum cans, plastic numbers 1 and 2 bottles and cardboard can be taken in at no charge. Other items can be accepted for a nominal fee.

3) Guam has facilities to collect, store and export recyclables, but does not have a facility that can process recyclables into new materials.

On Guam, recyclables have been collected roadside since 2013 by the Guam Solid Waste Authority twice a month. Additionally, three residential transfer stations for recyclable materials accept glass and cardboard for free: Harmon, Agat, and Malojloj.

Cardboard is baled, shipped off island and becomes new cardboard. Glass is stockpiled in landfills until it is ground up and used as an alternative daily cover for trash, according to the Guam Solid Waste Authority website.

Louis Weinberg, a 10th grader at St. John’s who initially participated in the program as an academic requirement, said he remained in the club because he found his calling and is “a big fan of manual labor.”

The Agana Heights resident stressed the consequences of trash pileup for everyone and emphasized how important it is for everyone to pick up their own trash and to recycle.

Weinberg’s biggest takeaway from Environmental Recycling Club is that “People are so scared of trash ... I never understand why; it’s trash. Get over it."

"We need to do our part to save the island," he said.