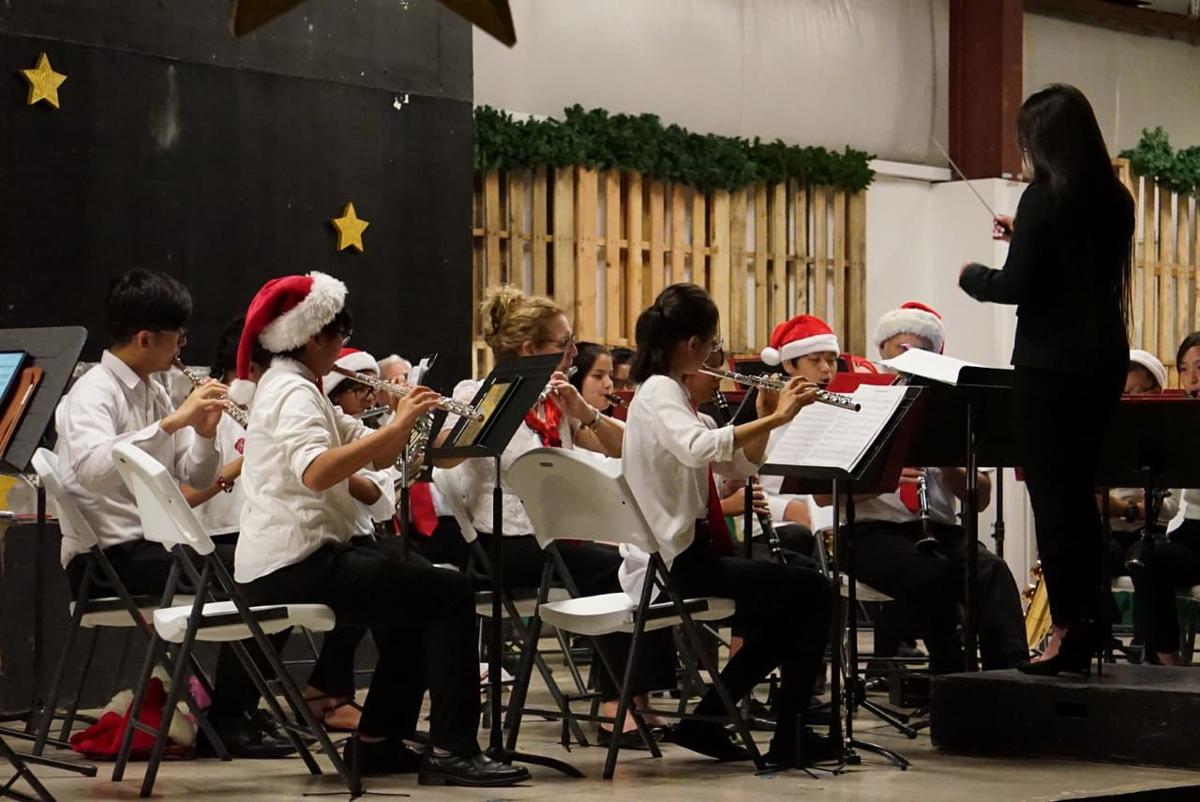 This holiday season, Guamanians are turning to social media platforms to share holiday traditions and activities.

With the COVID-19 pandemic, the virtual environment has become the norm in Guam, and despite the virus' persistent efforts to keep friends and families apart, people are persevering and continue to create happy memories, even if it means doing it on a Zoom or Google meeting.

At Saint Francis Catholic School, the school community participated in the Novena to the Christ Child, or Nobenan I Nino Jesus to keep their tradition alive and share a few moments together before their Christmas break.

The Nobena was organized by Joseph Capulong, SFCS Middle School Theology teacher, and Kevin Delgado, SFCS project coordinator, but it was driven by the students. They prayed their Nobenan I Nino Jesus from Dec. 7 to 18, excluding the Dec. 8 holiday.

"As a school community at Saint Francis, we recited the Nobenan I Nino Jesus," Capulong said. "We met for nine consecutive school days over a Zoom call. Given all the changes we've been through and endured, it was nice to do something that was within our control and helps us to take our minds off the worries of the world,"

The Nobena was an opportunity for them to redirect their energy to something more hopeful and familiar during a year of constant uncertainty, he said.

"It definitely is not as wholesome as being together reciting the prayers and singing the traditional tunes. But in its small way, it gave peace to the soul to be able to focus our minds and hearts on Christ," he added.

"In the past, the school tried to pray it in the morning before classes. But unfortunately, due to the conflict with the scheduled Christmas break, the school would only pray for the first two days. This time, given that we needed to stay home, we gathered for the last nine school days over Zoom and the students led the majority of the Nobena."

Students in the fourth to eighth grades took turns leading different parts of the Nobena.

For the school community at SFCS, the pandemic brought them closer together as they were finally afforded the chance to participate in the full Nobenan I Nino Jesus together, organizers said. It also served as a little project that the school community worked together to accomplish before the end of the quarter, boosting spirits during an especially difficult time.

SPEC, a Junior Achievement company sponsored by Bank of Hawaii, has taken it upon themselves as a company to celebrate the holiday season virtually as well since the pandemic has prevented them from having the celebration physically.

CEO Lance Tudela, who is a senior at Father Duenas Memorial School, along with the rest of the company's officers organized a company Christmas party via a Zoom meeting on Dec. 11.

Tudela spoke on behalf of his fellow officers: "We were motivated to host a Christmas party because we wanted to show our appreciation toward company members for all their hard work throughout the JA season. Furthermore, we wanted to conclude the year with something memorable that the entire SPEC team would enjoy, especially since we held raffles and played fun games."

The party was successful, he said, thanks to the fun-filled agenda the team of officers had prepared. It not only gave the members something to look forward to but also strengthened the bond between every company member and adviser present, which is what company Christmas parties, and the holidays in general, are about.

"It really felt like the holiday spirit resided within all of us that night with all the festive music, attires and games. I would definitely host another event like this because it was enjoyable and such an amazing way to close out such a successful season," Tudela stated.