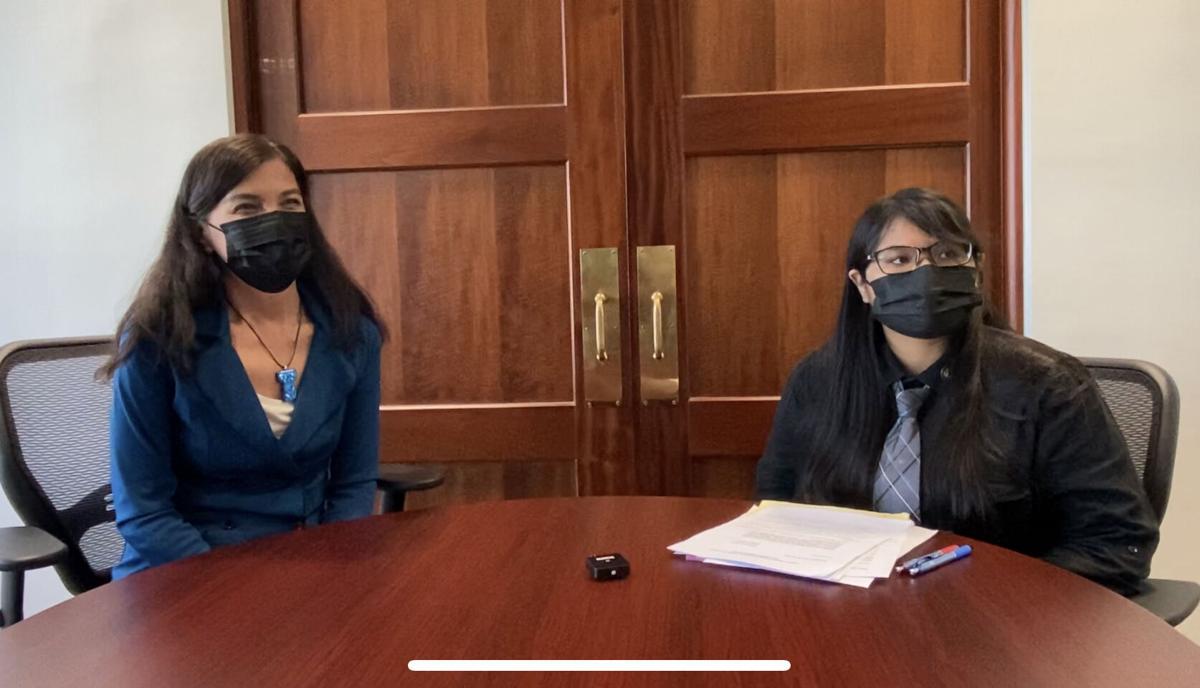 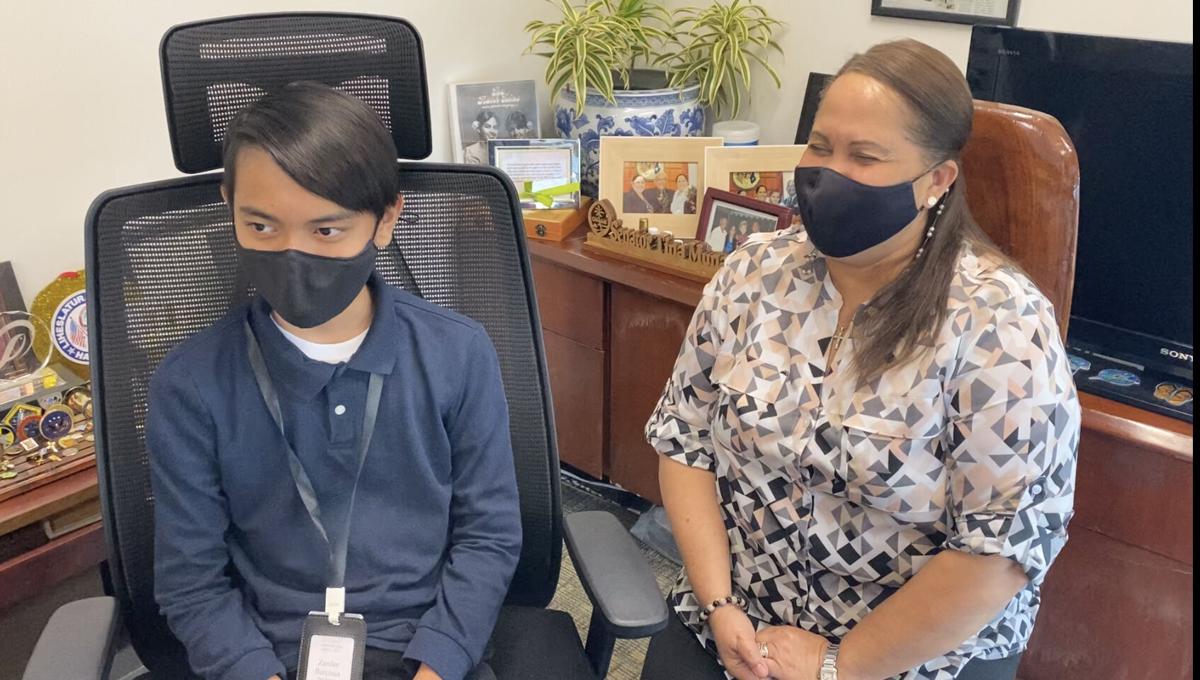 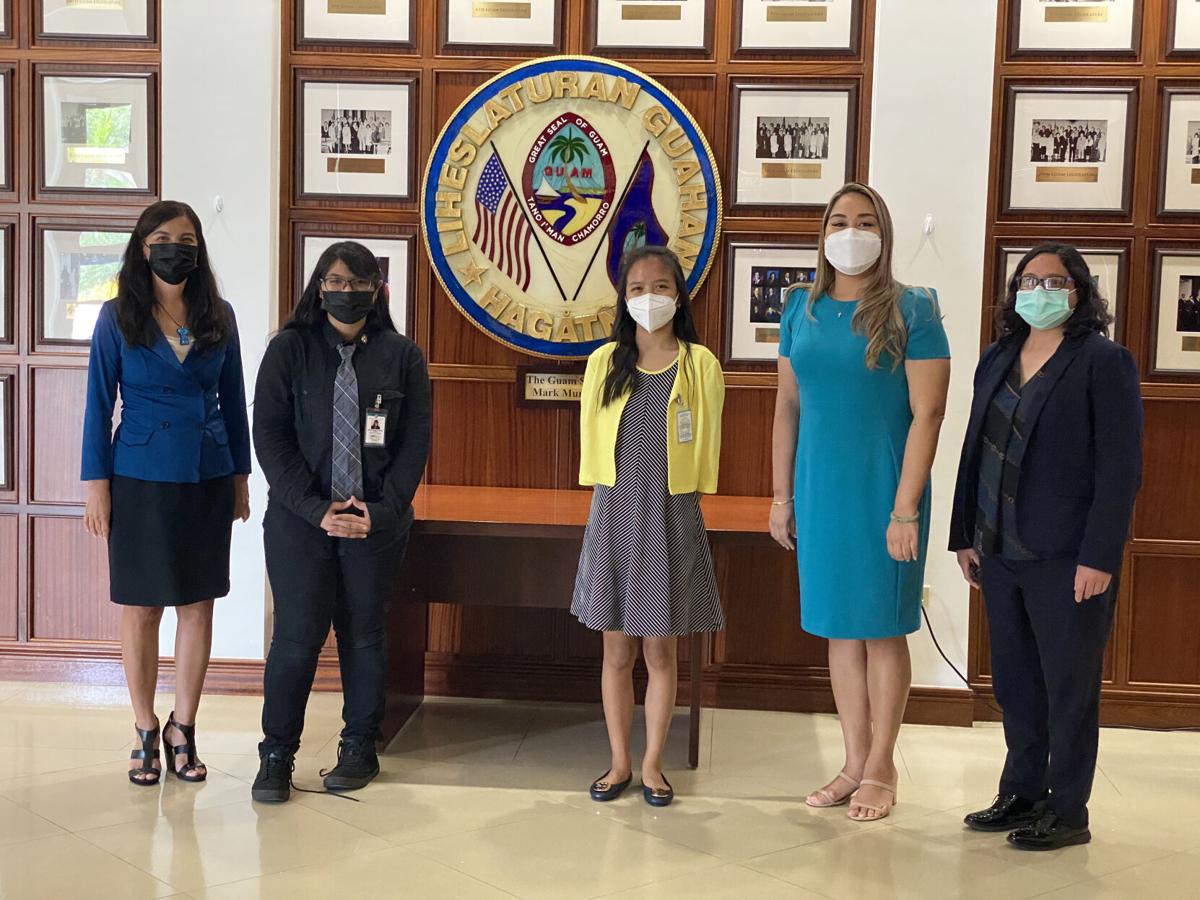 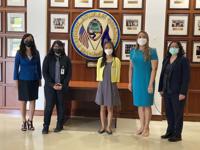 LEADERSHIP: Middle and High School students became senators for a day as part of Island Leadership Day. They received certificates for their participation on April 1. Kevin Milan/The Guam Daily Post

LEADERSHIP: Middle and High School students became senators for a day as part of Island Leadership Day. They received certificates for their participation on April 1. Kevin Milan/The Guam Daily Post

Sophie Nochefranca doesn't come off as a high school junior on paper or in person.

"This is one of the first times I'm being introduced to the Guam Congress Building, as well as the way that the community is able to just impact the way that bills and policies are made, to overall just influence positive change in the community," she told The Guam Daily Post in an interview as the Legislature's speaker on Island Leadership Day.

The annual event, tied to an oratorical contest, is meant to promote public service, and provide students a firsthand experience of how the local government functions at the highest levels. In years past, a full legislative session would be held with each lawmaker receiving a youth counterpart. Judges, agency directors and even the governor also typically have students shadowing them throughout the day.

As with many things during the ongoing pandemic, this year's event was scaled down tremendously. Just seven students were slated to participate, according to the Department of Youth Affairs, which organizes Island Leadership Day. Nochefranca was one of three who were able to spend the day with a lawmaker. For Speaker Therese Terlaje, the pairing was inspiring.

"Today has completely cemented in my mind that we have to keep (Island Leadership Day)," she said. "We can't take it for granted, as we have in the past. It's very important, and I think I'm learning more today than she might be. It's something that – I try very hard to connect to the younger generation, but I just think, 'Of course there are gaps.' So this is a perfect opportunity, and somebody like Sophie who's willing to share what they are thinking is very important, and it's really helped me a lot. I hope every senator has this experience and every leader throughout the government can, once COVID's over, can have that experience again."

Nochefranca said she is on a mission to learn as much as possible, all leading to a career as a teacher. She is a part of John F. Kennedy High School's National Honor Society, has volunteered at Island Girl Power, trained to be a crisis counselor, helped launch the only local chapter of an organization to empower students with disabilities, and also writes for The Guam Daily Post's high school journalism program The Scoop.

"I like to integrate myself into society – see the different insights and perspectives of as many people as I can, so that way I can process their insights, more or less. That's why I go through different communities such as volunteer work, nonprofit work, just trying to ... I guess you can say that I'm a jack of multiple trades," she said. "My main aspiration is to just become a good role model for the youth population, to be able to be a leader, to be able to have others depend on me, but also to continue to be independent – that way I can give back to my community as much as possible."

Vice speaker for a day

"It's something that I've really just stayed away from in the past, but I guess after today I'm open to it," he told the Post. His teacher assigned participation for the oratorical contest, which led to him being selected as the vice speaker for the day.

Barnes said that she's recognized the importance of events like Island Leadership Day since she took part in middle school. The vice speaker is also continuing to conduct the Public Policy Institute at the Legislature, a program for middle and high school students to learn the legislative process that was recently enshrined into local law. She encouraged all who weren't able to participate in this year's event and who are interested in government service, to apply through her office.