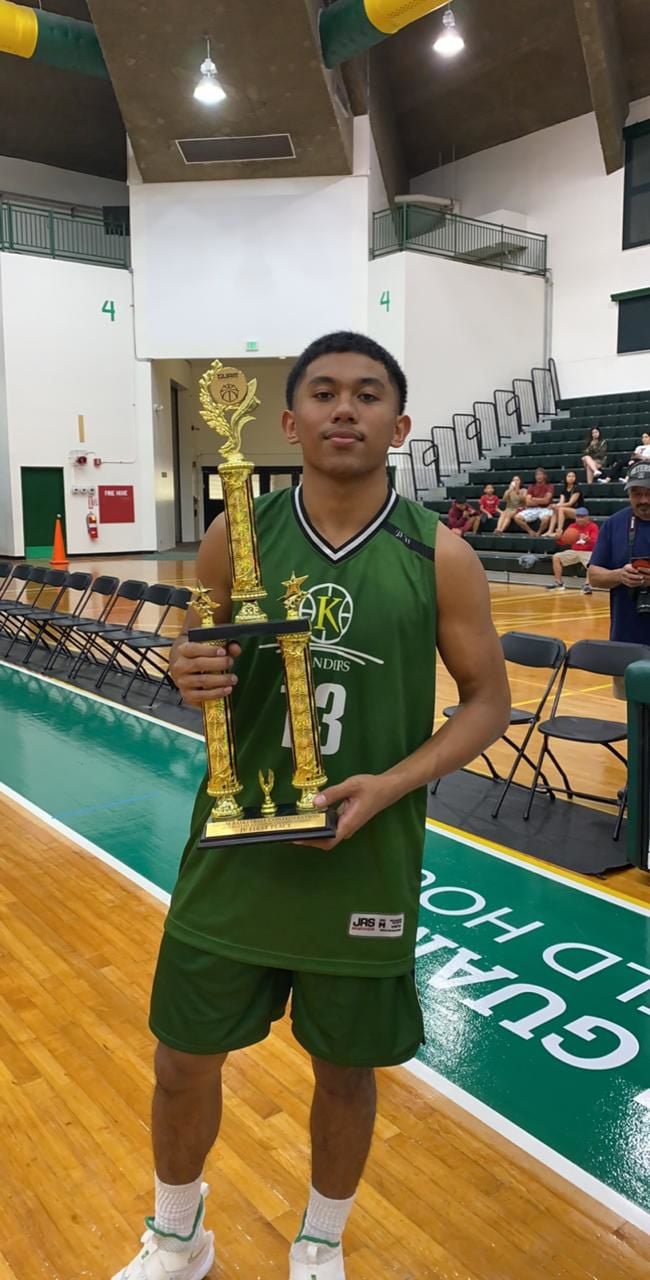 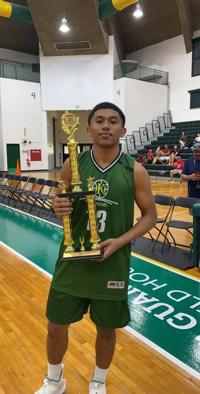 JV CHAMPIONS: Jacobe Arsen stands with the John F. Kennedy High School's hard-earned basketball championship trophy from this past season. Arsen is among the students who hope the Guam Department of Education offers summer classes to all students. Photo courtesy of Jacobe Arsen 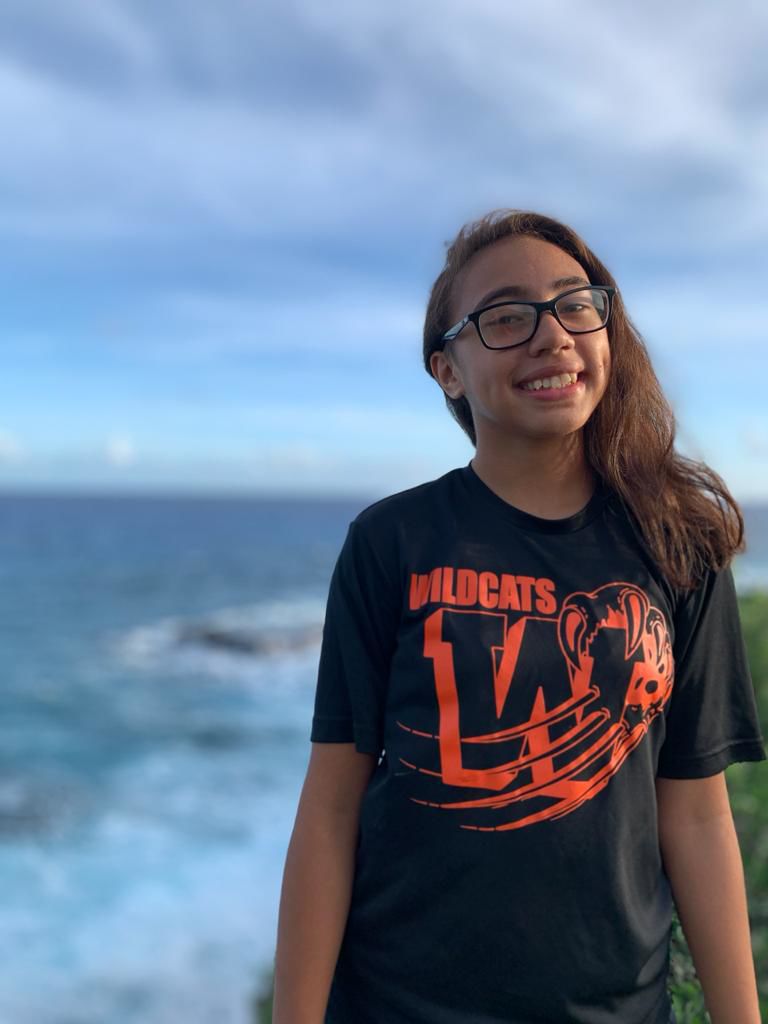 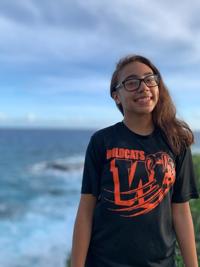 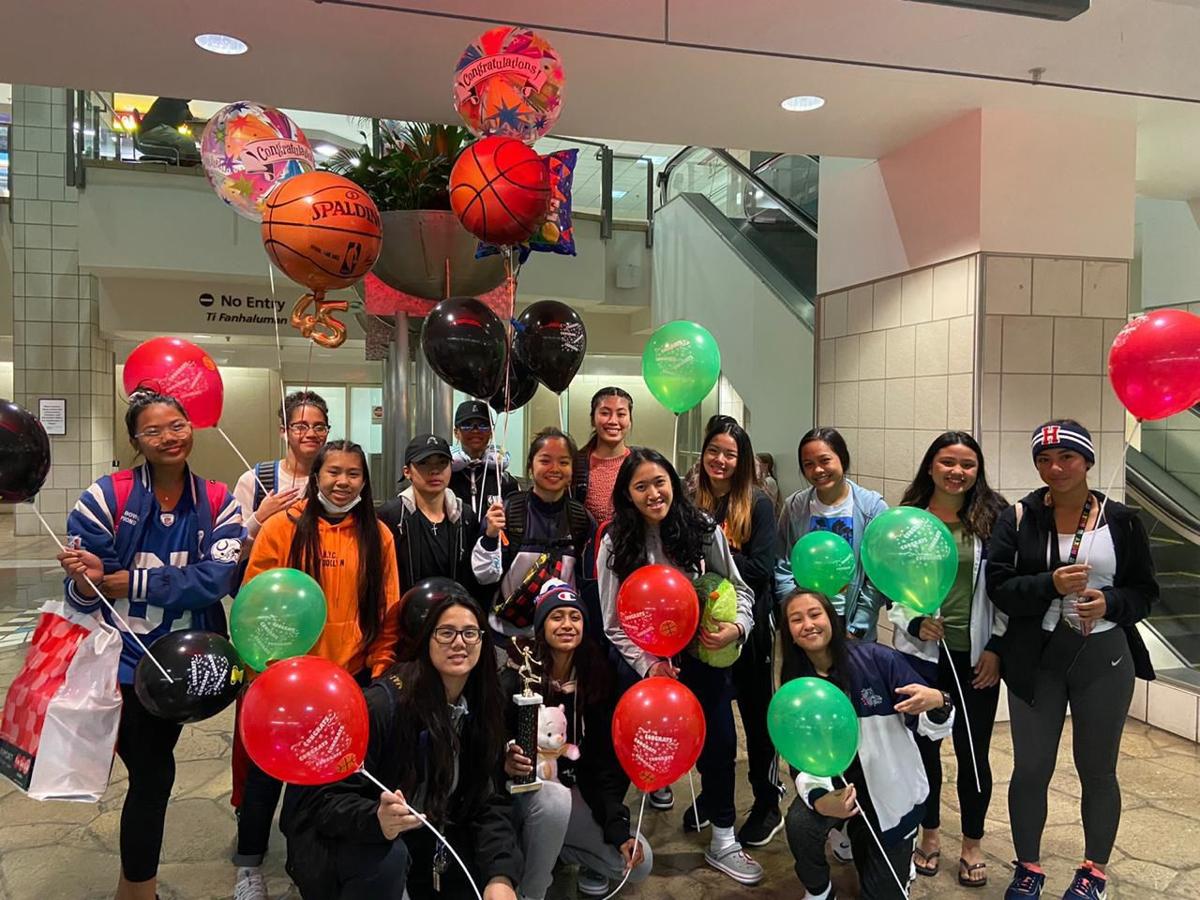 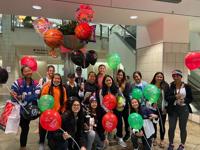 NEW LEARNING ADVENTURES: Okkodo High School junior Jastine Samson stands in the center of her friends and teammates in this photo, she's wearing the black jacket with white sleeves. The team had just returned from the American School in Japan tournament. Photo courtesy Jastine Samson

JV CHAMPIONS: Jacobe Arsen stands with the John F. Kennedy High School's hard-earned basketball championship trophy from this past season. Arsen is among the students who hope the Guam Department of Education offers summer classes to all students. Photo courtesy of Jacobe Arsen

NEW LEARNING ADVENTURES: Okkodo High School junior Jastine Samson stands in the center of her friends and teammates in this photo, she's wearing the black jacket with white sleeves. The team had just returned from the American School in Japan tournament. Photo courtesy Jastine Samson

Will summer school be open to all students? Will there be sports included? What will the new year look like?

These are just a few of the questions from public school students as Guam Department of Education officials prepare for summer school and the new school year.

For incoming John F. Kennedy High School freshman Golopin Choay, a student-athlete from Luis P. Untalan Middle School, summer school would be a great help to get her acclimated to high school life.

"I want to strengthen my English and math skills before entering high school so I can be prepared for what the teachers will have for me in my freshman year," Choay said.

Since classes were canceled she said she's tried to stay busy.

"I've been doing math drills with my older sister," she said. "I've been doing some baking some stuff here at the house, and I've also been working on basketball skills because that's what I love the most is basketball."

Deputy Superintendent of Curriculum Joseph Sanchez said summer school, which is typically made available for high school students who want to make up credits, or for elementary or middle school students who need help preparing for the next school year, will be expanded considering the COVID-19 pandemic that shut down classes on March 16 and canceled the rest of the school year.

"We want to open to as many students as we can," Sanchez said of summer school.

He noted though that there are many things that still have to be decided upon before GDOE can determine what summer school will look like.

The current state of public health emergency is slated to expire on May 5. And while Gov. Lou Leon Guerrero has said she's lifting the restrictions related to the emergency, it's going to be a gradual process. It's not clear yet what the restrictions will be by this summer. For example, will the 6-foot social distancing requirement still be in place? If so, that may rule out typical classrooms.

Jastine Samson, an Okkodo High School junior, said she would "love" to attend summer classes if they're available.

She's been spending the last few weeks working out, napping and watching Netflix but misses her typical activities, including basketball and working with fellow Distributive Education Clubs of America marketing students.

Deputy Superintendent Sanchez has said they're hoping that with most teachers staying on island for the summer, they'll be able to provide more than just the basic courses.

Right now, however, he said they're looking at the summer school program through a very wide lens. When asked if, among other things, they're also considering online classes, he replied: "Everything. (It's) all based on what the restrictions look like. We always want to be in compliance so we're approaching this with a very wide view."

Choay is among the students hoping summer school includes sports.

"Fourth quarter was going to be my season because that's girls basketball and that's my favorite sport and it was my last year as an eighth grader at Untalan Middle School, so I was really hoping – and even my coach – we were going to work really hard to get that championship," she said, smiling. "So I hope they put sports in summer school."

But for this National Honor Society member, who also plays football and basketball and runs track and field, summer school would be an opportunity to get a head start on junior year classes to help propel him to an early graduation, and prepare for college entrance exams.

"I would take summer school classes because that could be an opportunity to try to get ahead," he said. "Or even just to get ahead of the curve and be ready for things like the Preliminary SAT test."

Also known as the PSAT or the National Merit Scholarship Qualifying Test, it's basically a practice version of the SAT exam that many juniors take.

While summer school would be great, Quinata's sights are firmly set on the upcoming school year. Of the various sports he's in, he's hoping that he'll be able to earn a football scholarship.

"I'm just hoping football is still going to happen," he said, before asking: "How is next school year going to be planned out if the quarantine is extended?"

Public school officials aren't able to answer that question yet, though GDOE and the Guam Education Board will likely discuss that as soon as the governor's guidance on the lifting of public health emergency is made public.