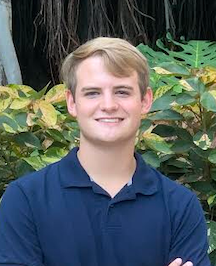 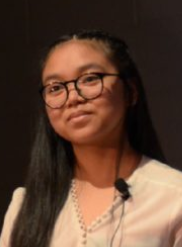 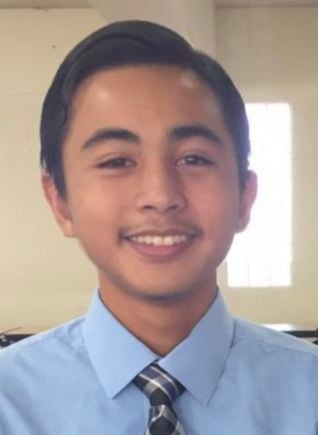 In the month of January, teens on Guam joined the nation in remembering Martin Luther King Jr. and his call for equality for all people.

Napu Blas and other teens believe each generation that came after that of the former pastor, look to King and his legacy of nonviolent protests in the continued fight to end discrimination.

Blas, a freshman at Father Dueñas Memorial School, said that the greatest challenge of Martin Luther King Jr.'s generation was racial inequality and with it segregation.

“Despite being treated unfairly, King fought against the odds and became one of the people who fought to abolish this oppressive system,” Blas said.

The 14-year-old said what stands out for him is King's teachings on forgiveness in the continued theme that peaceful discourse is better than violence. We can't change the violent past, all we can do is shape the future, Blas said.

“The atrocities and acts of discrimination that African Americans and other races went through cannot be reversed. The best we can do is compromise and forgive the perpetrators to end the conflict," the Dededo resident said, noting that forgiveness achieves peace by ending conflict. “If you forgive your oppressors, you are ending the cycle of conflict and promoting peace, compromise and compassion instead.”

America has come a long way

Blas points to Barack Obama's presidency as a marker that society has come a long way.

There was a time in America, only a few generations ago, when only caucasian men who owned property were allowed to vote. Even after laws were passed that technically allowed all men and women – regardless of their ethnicity or economic status - to vote, there remained many discriminatory practices that blocked people from voting. In some southern states, a person had to pass a literacy test in order to vote; it was a rule that impacted mostly African Americans because many didn't have the opportunity to go to school.

In 2008, Americans voted for Obama, making him the nation's first president of African American heritage. He served two terms.

Blas acknowledged society still has racial tensions but notes that today's environment reflects at least some of the improvements that King fought for.

The 14-year-old thinks that King would be mostly disappointed by politics. According to Blas, the United States has two parties that almost always disagree, which divides our country more.

“The Republican politicians are inciting a resurgence of racial tensions and hatred, which is causing violence. Our current president is running our country ignorantly and making harsh comments that are ruining the U.S.'s image,” Blas said. “We live in a time in which politics is so divisive that people follow parties like sports.”

Still a lot of work ahead

Ayezah Bagro, a sophomore at Academy of Our Lady of Guam, said King's summer before college at a tobacco farm in Connecticut was a demonstration that peaceful relations between cultures was possible.

“This event was the most influential in Dr. King’s life because it added a spark to the growing flame that he had within him. He started to realize that he wanted to make a stand against racism, and most importantly, to fight for equality among everyone," she said.

Bagro said the line from King's famous "I Have a Dream" speech: “We cannot walk alone. And as we walk, we must make the pledge that we shall march ahead. We cannot turn back,” stood out to her.

“The quote gives me the idea that his (dream) of peace and order was for everyone and that it was a permanent end of injustice," she said.

The Tamuning resident believes that if Dr. King was alive today, he would continue to fight for the rights that long for resolution, such as the education achievement gap.

The two factors that affect the achievement gap in education are socioeconomic status and race. Students whose families earn low- and even some middle-income level wages have fewer educational resources, aren't as likely as their higher-income families to have good nutrition and likely have limited access to health care. Such factors contribute to their lower academic performance. Additionally, minorities face issues of racism, stereotyping and ethnic bias, which has proven to affect their education negatively, she stated.

“Having students of different races and income levels in the same school is a great way to expose students to the various situations of people’s lives,” Bagro said. “This method mimics the real world where we are unsegregated by race, unlike the past, and helps the students forget the lines between lower, middle, and upper class.

"The best way that I believe will help minimize issues in the achievement gap is for the American education system to have a sense of equity and to provide those students who are affected by such factors with free access to high-quality educational resources online," she added.

'Fire cannot be fought with fire'

King grew up in a secure middle-class family, which meant he had opportunities that were out of reach to many others. Instead of being complacent in his situation, he set out on a lifelong journey to extend these opportunities and to level the playing field for every single person, regardless of race, gender, creed, or any other extraneous factor.

Chase Bailey, a junior at Guam High School, said in that journey King was at the forefront of a very tense and controversial issues, opening himself up to countless dangers. And yet, he led the movement with words and actions that called for people to take the higher road. Bailey said the line in King’s “I Have a Dream” speech that stood out was “Let us not seek to satisfy our thirst for freedom by drinking from the cup of bitterness and hatred.”

“The quote sums up everything that King stood for. Fire cannot be fought with fire, only with water can it be quenched. King met racism with tolerance, hate with love, violence with peace," Bailey stated.

Teens also noted that it's important to remember King wasn’t alone in this fight and there were other champions of equity and peace, such as Rosa Parks and Congressman John Lewis. All of these individuals put themselves on the line to protest for a better, freer America.

The Santa Rita resident said his family's situation has afforded him the opportunity to meet kids who have lived different lives from him - which is an eye-opening experience: “I wouldn’t trade the privilege of getting to know so many unique individuals for the world.”

The 16-year-old believes society’s progress would astound King. According to Bailey, the nation is moving toward unprecedented racial equality. Racism today is condemned by the general public. Furthermore, the 116th Congress is the most diverse in the history of the nation, with 22% of voting members being ethnic minorities, and has the most women elected into office.

“While all these great strides have been made, racism still persists to this day. I think King would be disheartened by the hate that lingers in the world, but overwhelmed with joy at the undeniable progress that has been made thus far.”