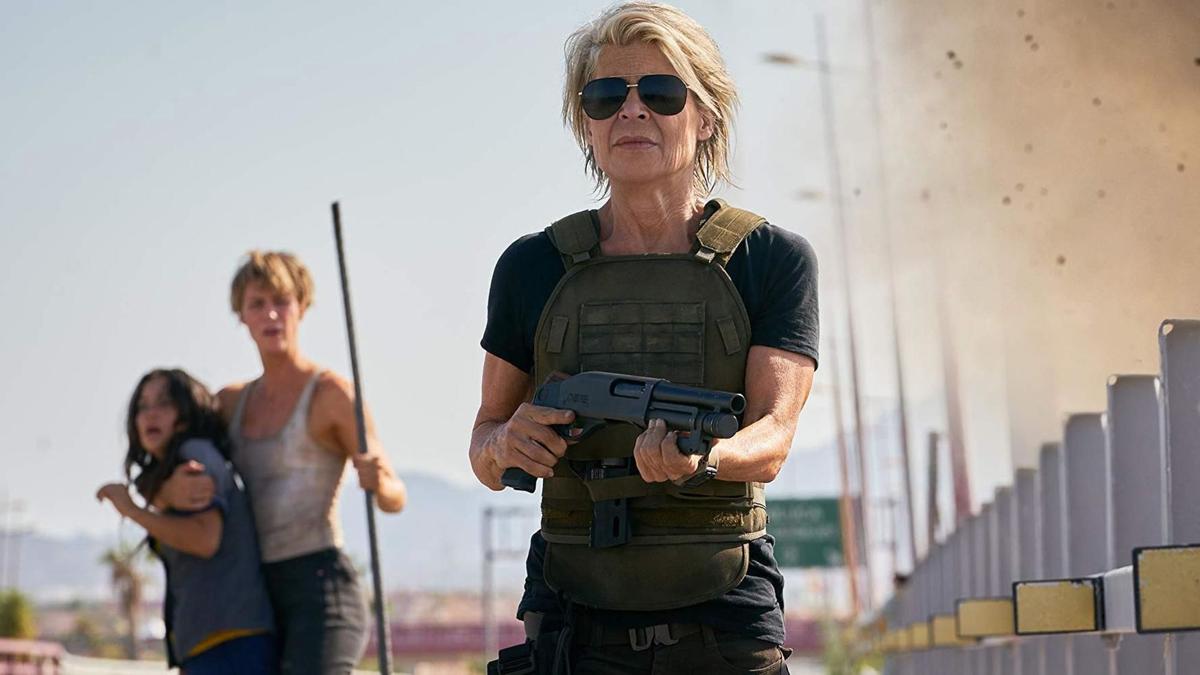 SHE'S BACK: Linda Hamilton in "Terminator: Dark Fate." In the background are Natalia Reyes and Mackenzie Davis. Paramount Pictures 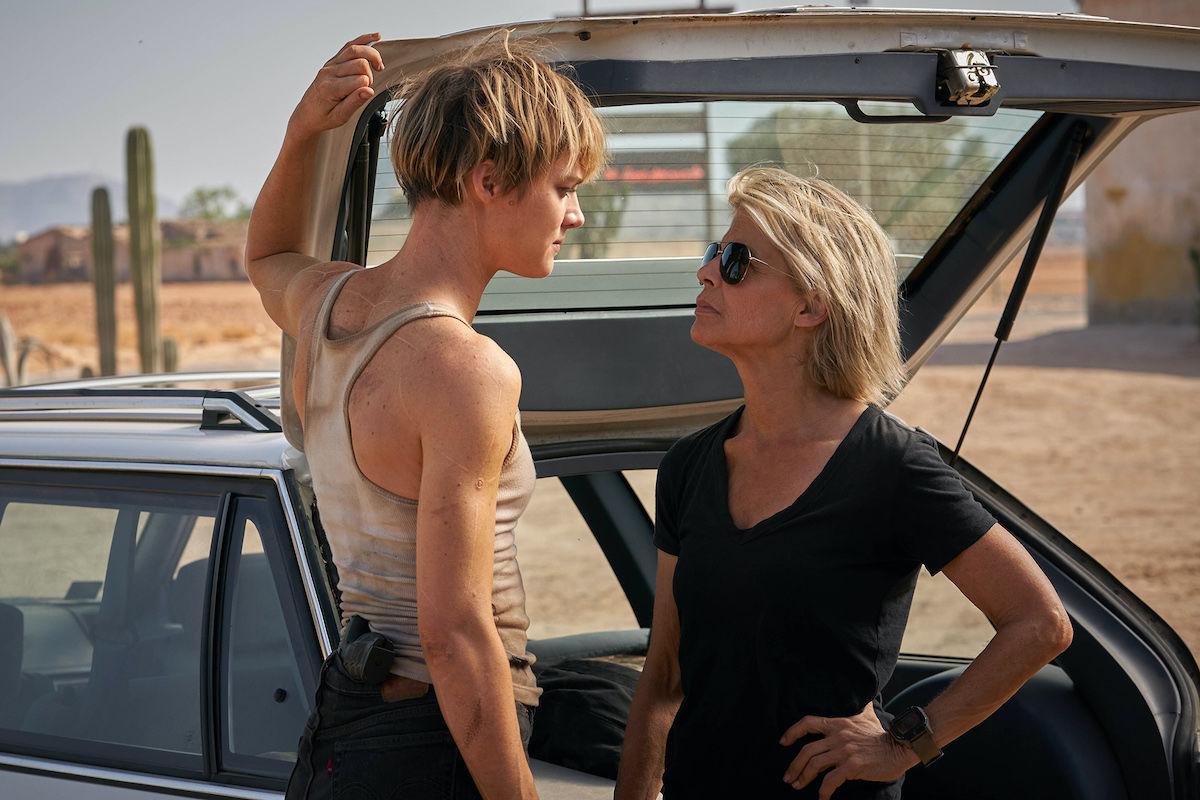 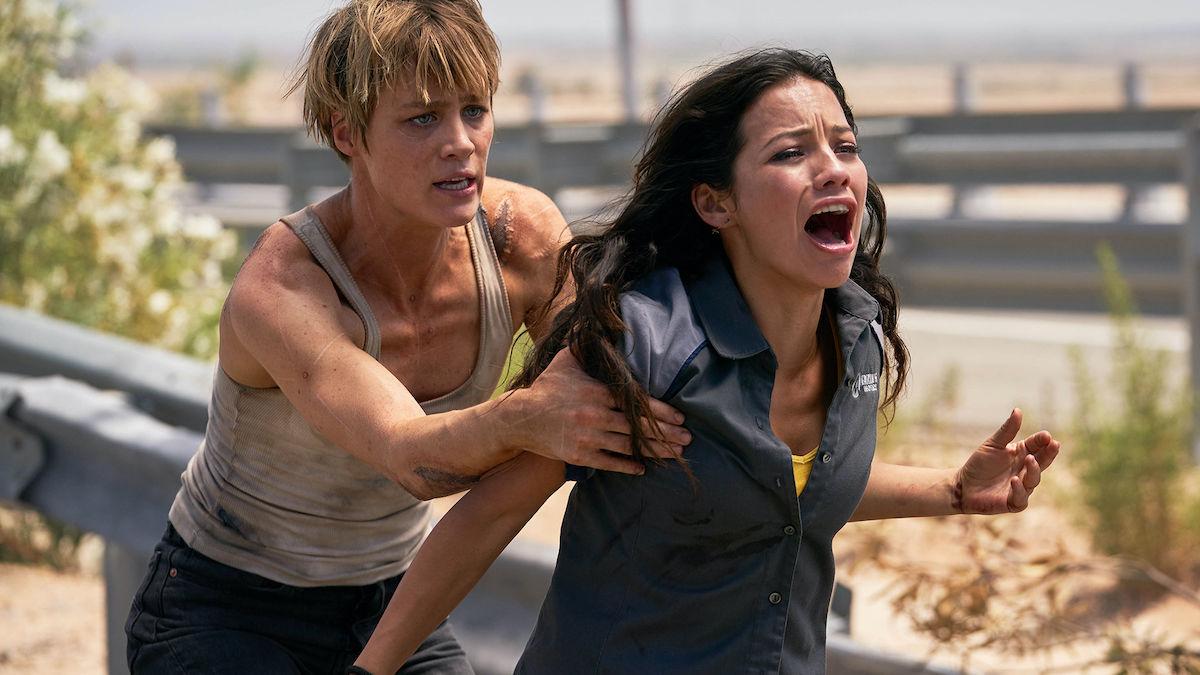 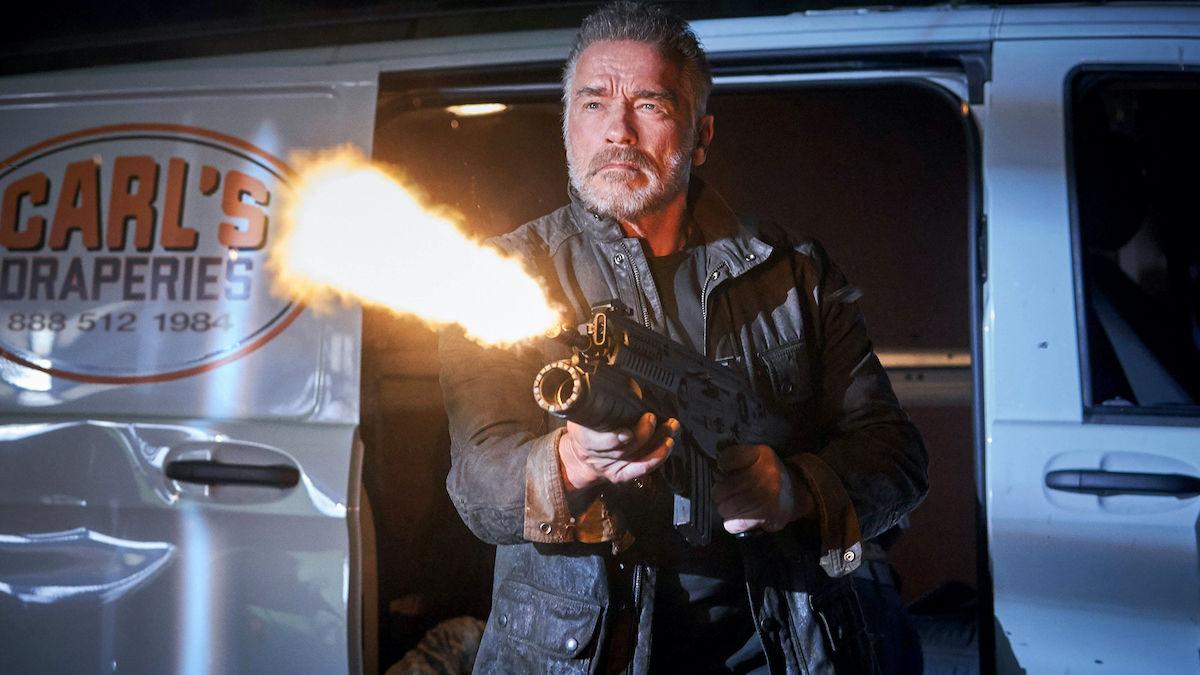 THE TERMINATOR: Arnold Schwarzenegger returns to the "Terminator" franchise in "Terminator: Dark Fate," a sequel whose plot ignores the events of the last three sequels. Kerry Brown/Skydance Productions/Paramount Pictures

SHE'S BACK: Linda Hamilton in "Terminator: Dark Fate." In the background are Natalia Reyes and Mackenzie Davis. Paramount Pictures

THE TERMINATOR: Arnold Schwarzenegger returns to the "Terminator" franchise in "Terminator: Dark Fate," a sequel whose plot ignores the events of the last three sequels. Kerry Brown/Skydance Productions/Paramount Pictures

Four years after the third and disappointing reboot of the 1984 blockbuster Terminator, Terminator: Dark Fate directly picks up after the second film, Terminator: Judgement Day, disregarding every film since.

With a franchise that was so heavily built around the notion of time travel, it’s easy to press rewind. By quickly killing off John Connor, the original star of the series, Dark Fate makes way for a new set of characters: Daniella “Dani” Ramos (Natalia Reyes), the unassuming young woman who is somehow essential to the future Resistance, and Grace (Mackenzie Davis), an enhanced supersoldier sent back to protect Dani.

Gabriel Luna plays the role of a Rev-9, the latest in a long series of Terminators traveling back in time to kill the hero. One thrilling action sequence later, Grace and Dani are introduced to each other, though Grace is a bit more acquainted with Dani than she lets on. Both Dani’s brother and father die soon after, but Dani is more preoccupied with Grace, who is drained and weak without her medication.

Just when it seems our heroes are hopelessly surrounded by the self-replicating Rev-9, an aged and battle-worn Sarah Connor bursts in with style – using a rifle and a small rocket launcher to blow up the Terminator with practiced ease. Played by Linda Hamilton, one of the original film’s stars, Connor is a much-welcomed addition to the film. Protecting Dani and armed with years of  experience in killing Terminators, Connor breaks free of the unnecessary but nostalgic cameo appearance that often falls to original actors in movie reboots.

The trio venture out to find the source of the mysterious signals that led both Grace and Connor to Dani and discover an unlikely ally. The T-800 Terminator that killed young John Connor decades ago has since grown a conscience by acclimating with humans and now calls itself Carl. Played by the original Terminator, Arnold Schwarzenegger, Carl also proves a worthy addition of the original cast and evens out the playing field against the self-splitting feature that the Rev-9 has.

With three women and only one male in the central cast, Dark Fate is a refreshing change of pace for the gender ratio in Hollywood movies. It is a striking moment when the three leads are staggering along, and the realization hits - they’re all female. Additionally, the lack of typical rushed Hollywood romance allows room for more important developments to occur, like Sarah Connor’s emotional struggle when faced with her son’s killer.

However, this is also where the film falls flat. By focusing too much on the returning cast members, the supposed new lead of the franchise is disregarded. Dani isn’t given enough time to grow into her character’s shoes, and all we see is a young girl – a bright, cheerful young girl – but nothing special enough to warrant the sudden change she undergoes.

Even after the death of her two most important family members, Dani isn’t given any time to mourn her losses. A few action scenes later, she’s having the token motivational outburst that all protagonists have. Dani’s growth feels cheaply bought, with only one brief scene from Grace’s future interactions with Dani to show the audience why we should root for her.

In the end, all machine-like beings are killed with a tearful self-sacrifice from Grace, and the film ends the same way all former films have – with the human leads looking toward the future.

Overall, Dark Fate offers closure to the first two iconic films of the series and sets up a promising – if weak – set of characters. It’s not what the filmmakers wanted it to be – a successful reboot of the immensely popular original franchise – but it is a good start.