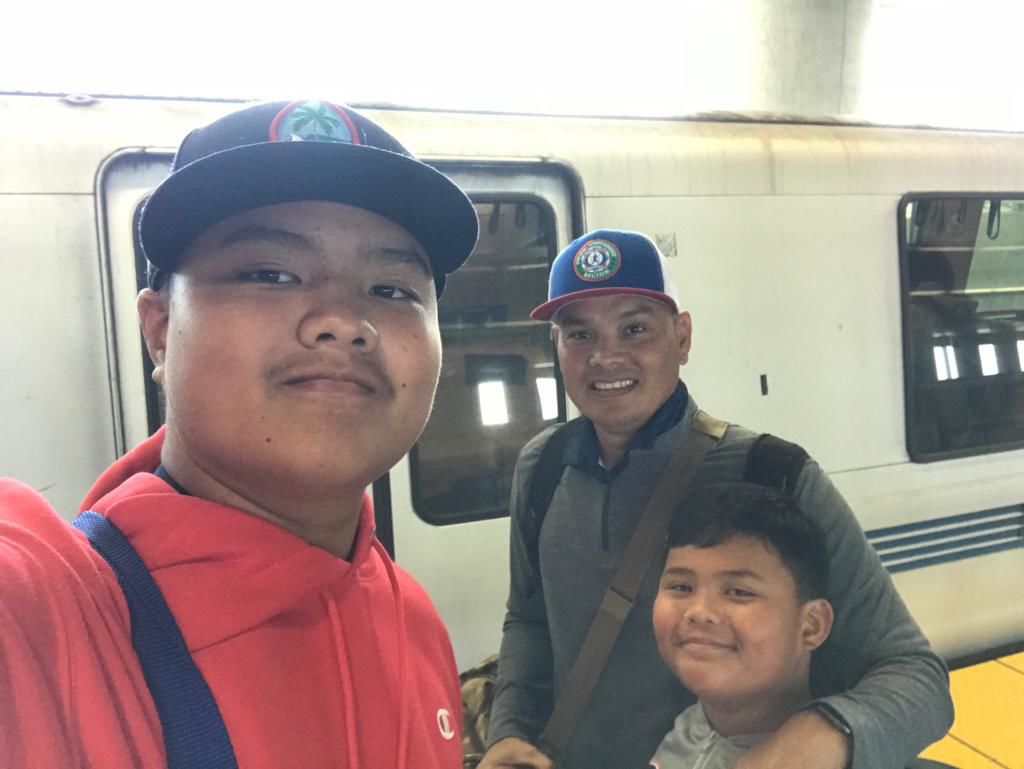 FAMILY: Roen Brantley waits for the BART with his dad and younger brother as they head to San Francisco in July 2018. Photo courtesy of Roen Brantley 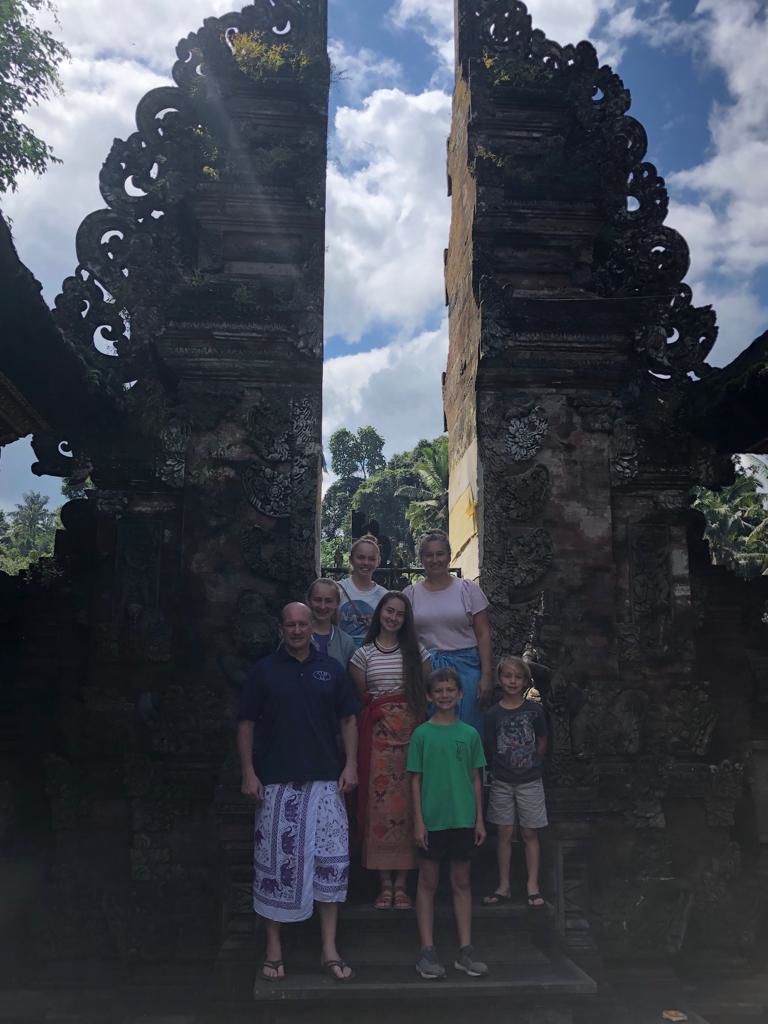 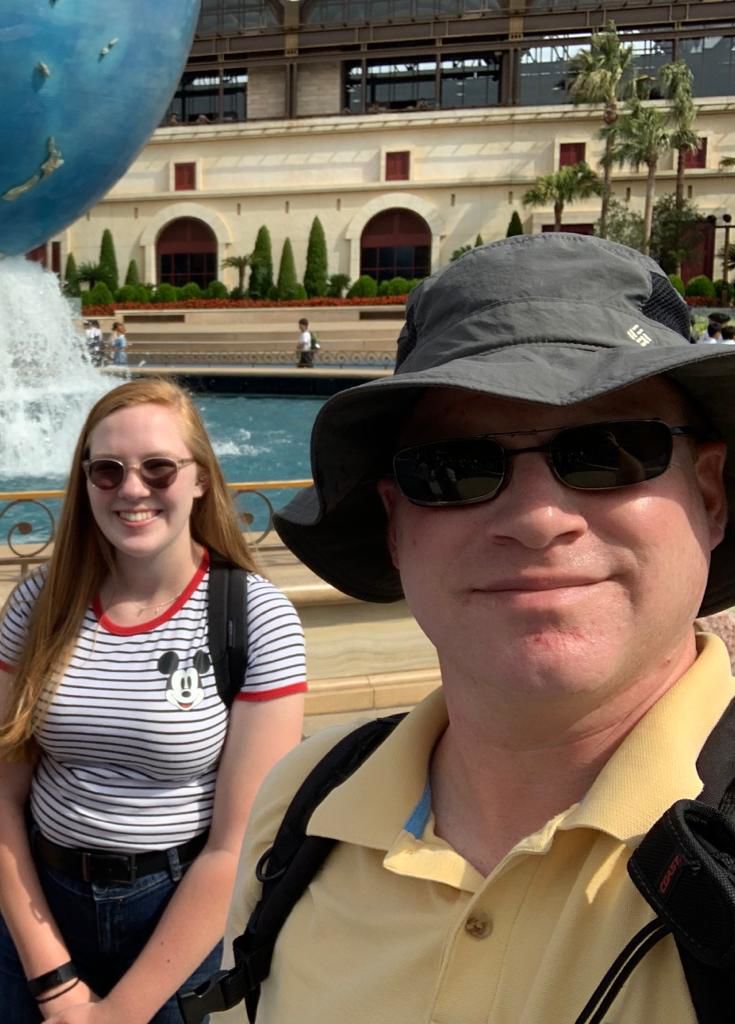 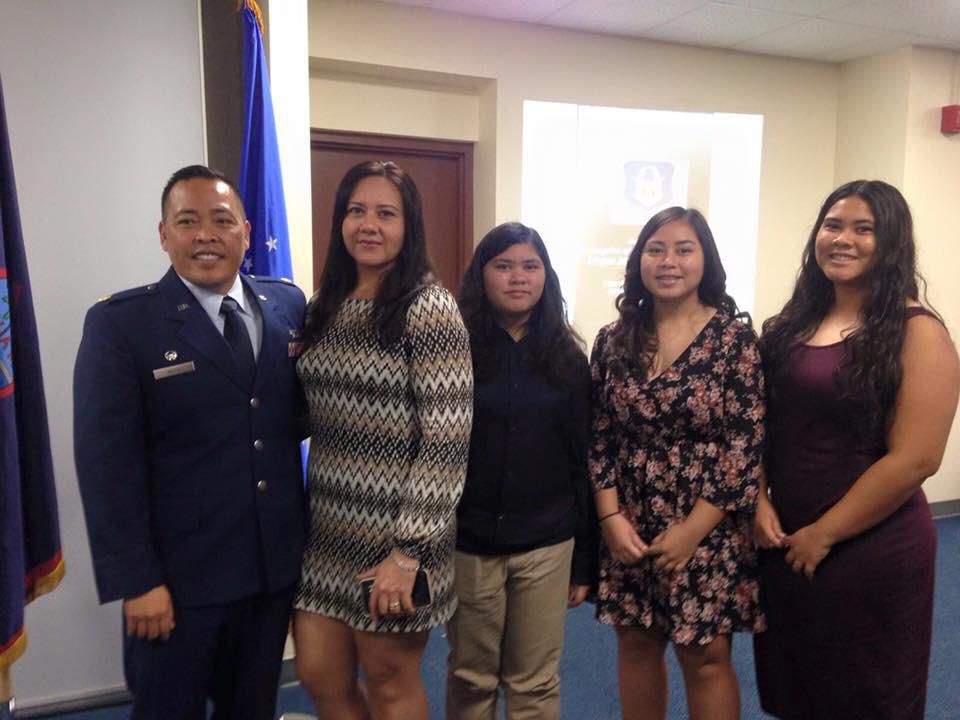 GRATEFUL: Caili Meno, center, said Veterans Day is a day to reflect on the sacrifices and service of all those who have served and still serve in the various branches of the U.S. military. In the photograph, from left, are: Maj. Michael Meno, Sgt. Melissa Meno, Caili Meno, Cari Meno, and Calen Meno. Photo Courtesy Melissa Meno

FAMILY: Roen Brantley waits for the BART with his dad and younger brother as they head to San Francisco in July 2018. Photo courtesy of Roen Brantley

GRATEFUL: Caili Meno, center, said Veterans Day is a day to reflect on the sacrifices and service of all those who have served and still serve in the various branches of the U.S. military. In the photograph, from left, are: Maj. Michael Meno, Sgt. Melissa Meno, Caili Meno, Cari Meno, and Calen Meno. Photo Courtesy Melissa Meno

For teens whose parents serve in the military, Veterans Day has a special meaning.

Caili Michael Meno, a southern high school junior whose mother is a sergeant in the Guam Army National Guard and whose father, a major, was formerly the commander of the 44th Aerial Port Squadron in the Air Force Reserve, says Veterans Day is a simple day to be grateful for both of her parents and other family members who sacrificed their safety to keep our nation and island safe.

“Veterans Day to me is a day to honor everyone who serves in the armed forces – it’s a day for all of us to remember them, whether or not our parents serve,” Meno said.

Veterans Day is an official holiday for the nation and the territory. It’s a day when local elected officials, military personnel and the entire nation stop to thank and honor all who put on a uniform to protect our nation.

“I also think of my grandpa, who also served during the war (and) I’m just very glad they’re all here,” Meno said.

She said that, when she was younger, her parents being deployed was tough, particularly when they go to areas where the conflict is well known: “Like, when my dad went to Iraq … that was tough.”

“I did miss them,” she said. “But now that I’m older, I know it’s part of their job to be deployed.”

Other teens, including Isabelle Hartley, a junior at Guam High School, said that staying close with her family has helped her get through her dad’s deployments. The 17-year-old’s dad is a lieutenant commander and an administrator at Naval Hospital Guam.

“My dad shows me what patience, respect and bravery are. He cares for everyone and is one of the hardest workers I know,” Hartley said.

Allison Maurice, a junior at Guam High School, usually sees her dad in the evenings, but sometimes in the morning when she is getting ready for school. The 16-year-old’s dad is a commander and is on active duty. He is currently the repair officer of the Emory S. Land.

“His schedule could certainly be worse, and I just have to cherish every moment that I have,” Maurice said. “When he’s deployed for months on end, it’s usually possible to call, text, or sometimes even Facetime, but it really depends on their situation and location.”

Maurice said traveling overseas with her dad's change of duty station required months of screening, packing and planning, which was draining. And the actual move itself and being in a new school and a new neighborhood can be disorienting.

The Santa Rita resident said that the most comforting thing, however, is to have a community.

From mom and dad to single parenting

Maurice said when her dad deploys, he isn’t the only one making a sacrifice, and she and her brother aren’t the only ones at home who miss him. When her dad is deployed, her mom rushes around like a “madman” making sure that everything is as normal as possible for the family.

“She makes sure we get to events on time, no matter how much she has to do,” Maurice said. “It’s definitely worse for her, and I just try to allow her to cope how she needs to, even if that means keeping busy all the time.”

According to Maurice, her sibling doesn’t usually have a difficult time, but it depends on whether they can talk to their dad on a regular basis.

“There’s an entire person missing from the house,” she said, noting that it creates a quiet that takes getting used to.

Roen Brantley, a senior at Father Duenas Memorial School, said his father’s military career has taught him life lessons that he’ll carry with him.

“He disciplined me and taught me how to respect others. He shares these characteristics at home and work while also influencing my siblings," Brantley said.

The Yigo resident’s dad is the command sergeant major in the Recruiting and Retention Battalion at the Guam Army National Guard.

“I am blessed that my father doesn’t move to different countries. He does travel off island, however, for work in the span of a week or two,” Brantley said. “It’s not as long as what other families have to deal with, but it still feels like a long time for my family.”

Veterans Day honors all of those who have served the country in war or peace — dead or alive — although it’s largely intended to thank living veterans for their sacrifices. It’s often mixed up with Memorial Day, which is different in that it is a day to remember those who gave their lives for our country, particularly in battle or from wounds they suffered in battle.

World War I officially ended when the Treaty of Versailles was signed on June 28, 1919. However, the fighting ended about seven months before that when the Allies and Germany put into effect an armistice on the 11th hour of the 11th day of the 11th month.

For that reason, Nov. 11, 1918, was largely considered the end of “the war to end all wars” and dubbed Armistice Day. After World War II and the Korean War, Congress amended the commemoration by changing the word “armistice” to “veterans” so the day would honor American veterans of all wars.