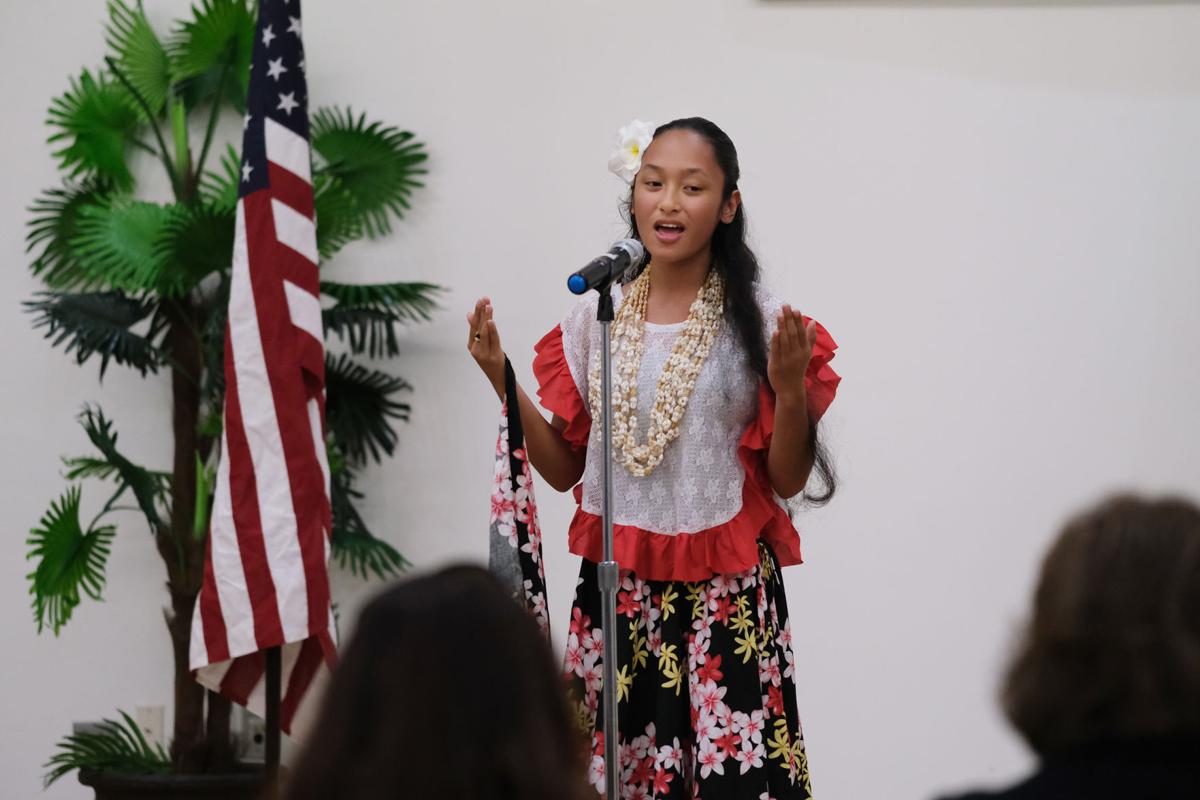 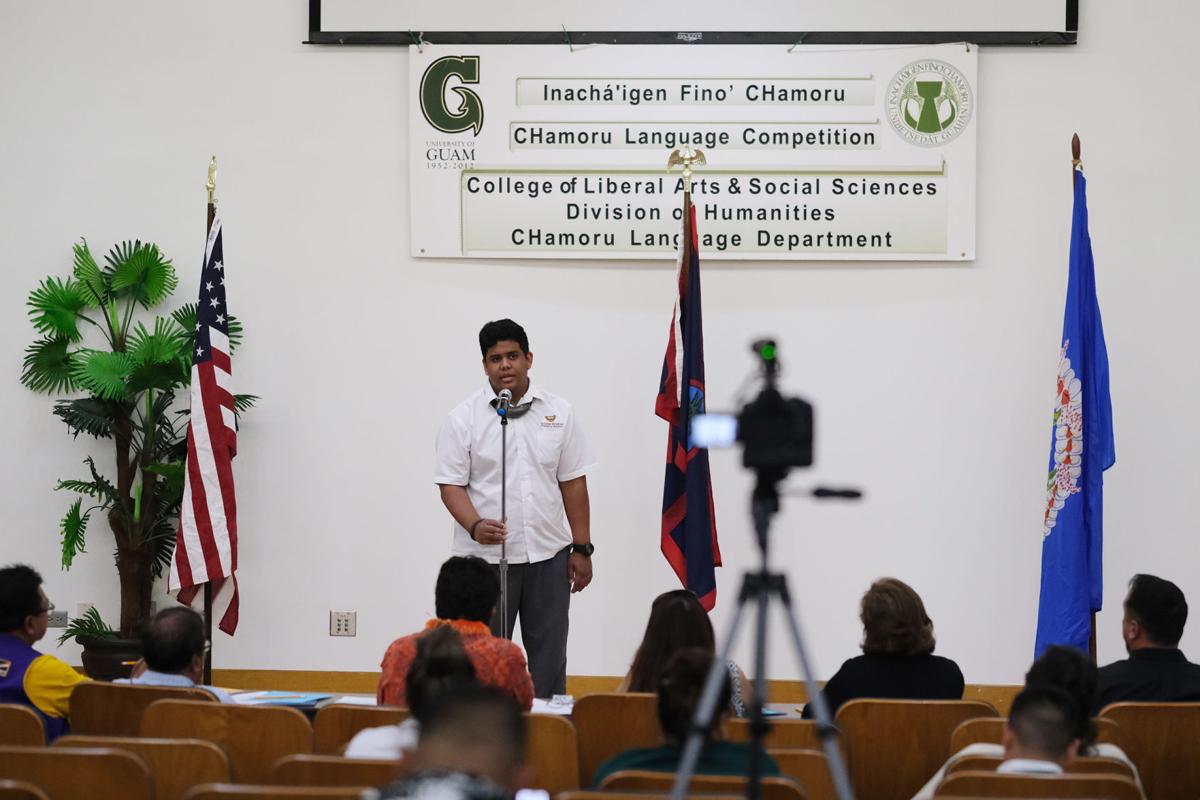 OROT: Eusebio Orot, a junior at Father Duenas Memorial School, recites a poem in the CHamoru language during the Inacha'igen Fino' CHamoru at the University of Guam lecture hall in March 2019. Post file photo 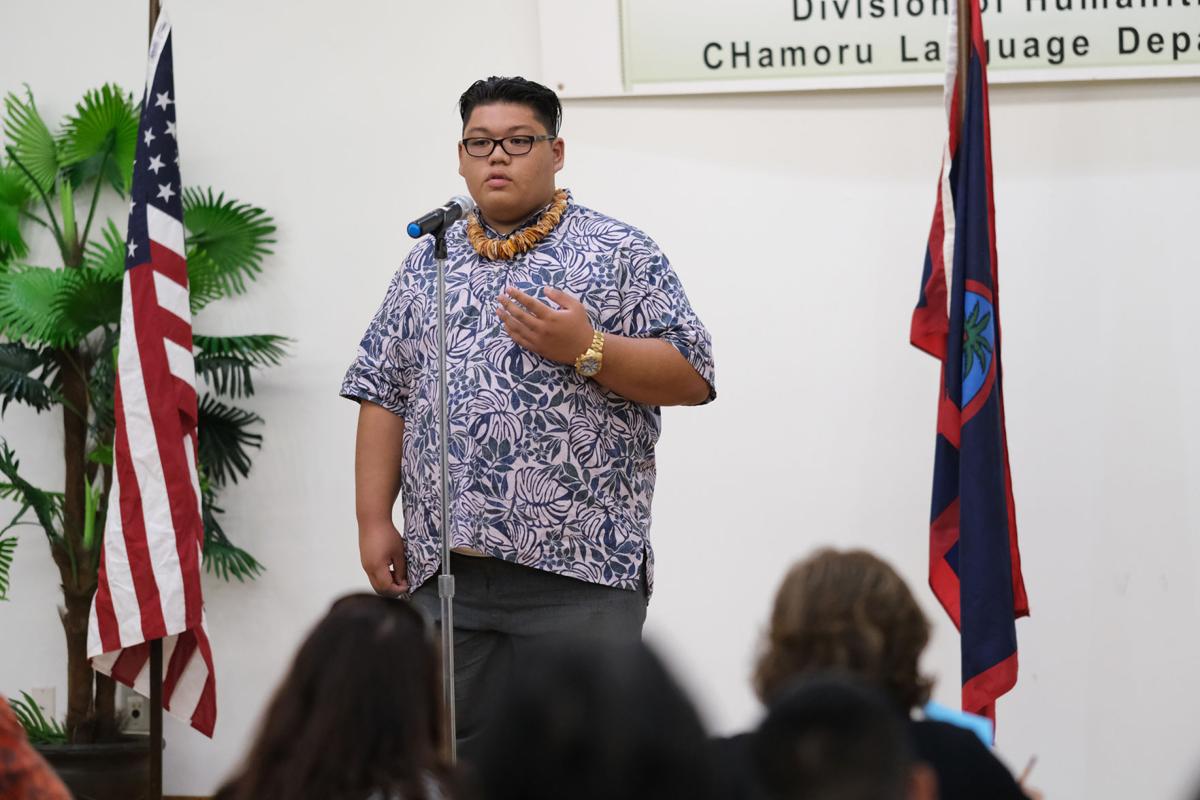 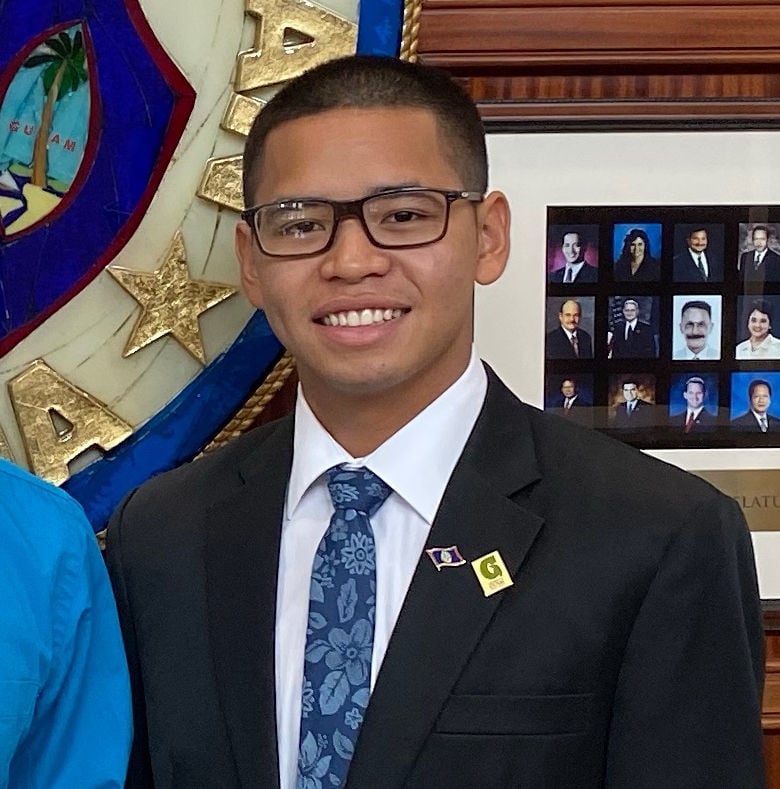 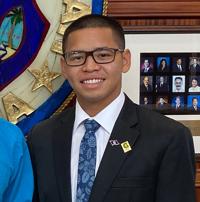 FLORES: Nolan Flores, 20, of Yona, is a student at the University of Guam, which he represents in the Guam Youth Congress. Contributed photo

OROT: Eusebio Orot, a junior at Father Duenas Memorial School, recites a poem in the CHamoru language during the Inacha'igen Fino' CHamoru at the University of Guam lecture hall in March 2019. Post file photo

The Guam Youth Congress is calling for representation of two youth representatives into I Kumisión i Fino' CHamoru yan i Fina'nå'guen i Historia yan i Lina'la' i Taotao Tåno', or the Commission on CHamoru Language and the Teaching of the History and Culture of the Indigenous People of Guam.

Youth Congress Rep. Nolan Flores authored Bill 5-33, which he and his colleagues passed and have successfully submitted to the 36th Guam Legislature where it was introduced as Bill 68-36.

Members of the Youth Congress are hopeful senators pass and the governor signs the legislation, which they believe will be an important step in promoting and perpetuating CHamoru language and tradition.

Flores said as with much of the discussion that's taken place in the past year – including this month, Mes CHamoru – the pandemic has left its mark on efforts to promote the local indigenous culture.

"Most events have moved online and into Zoom rooms and social media networks. The bill seeks to add youth representation to I Kumisión i Fino' CHamoru for that very reason – to ensure that the kumisión's efforts are reaching youth where they are today: social media and the internet," he said.

"Adding youth representatives who are very familiar with and comfortable in these spaces will ensure that I kumisión's efforts are tailored for the youth, to equip them with what they need to carry the language forward."

Flores said the bill has been referred to the 36th Guam Legislature's Committee on Health, Land, Justice, and Culture, which is led by Speaker Therese Terlaje.

Vice Speaker Al Eldrich Labang of the Guam Youth Congress said he and his colleagues believe it's important that youth have a say in how the government plans to support the perpetuation of the language. CHamoru is one of Guam's official languages, along with English.

"It's actually great for the younger generation to be a part of these discussions," Labang said.

Youth members of the commission would be required to be "aged 14-25" and "fluent and proficient in the CHamoru language, and actively engaged in its promotion and preservation," as per Section 3 of the bill. Additional requirements are residency in Guam and attendance at the University of Guam, Guam Community College or any other secondary public or private school including home schools and charter schools.

Carrying on the language

Flores said it's the people speaking a language who help bring it to life.

CHamoru language and culture educators have long said that language is an important vessel through which the ideals and values of a culture are passed down from one generation to the next, noting that there are ideas inherent in a language and culture that can't easily be translated into a different language.

"Centuries of colonization have weakened the transmission of language from native speakers, who are fortunate to have CHamoru as their first-language, to new learners, their children and grandchildren," Flores said.

"Although CHamoru used to be taught and prioritized at home, American colonial language policies led the CHamoru people to believe that their language was inferior to English and that English, not CHamoru, was more important to their lives. Despite this, we are today seeing a renewed interest in all generations in the language and a greater desire to speak it."

He added: "This bill will help to ensure that with all the kumisión does, it keeps the interests of the youth at the forefront, as they will be the ones to ensure not only the language's survival, but its vitality for generations to come."

One of the challenges with the legislation, however, is finding eligible candidates to fill the proposed positions. The kumisión conducts its proceedings in CHamoru.

"The limited number of fluent speakers was definitely an issue considered in the bill writing and passage process," Flores stated. "However, in discussing with the kumisión themselves, as well as my colleagues in the Youth Congress, we saw it important that we maintain the kumisión's place as the only government body that is mandated by law to conduct all of its proceedings entirely in CHamoru. To remove that requirement would be of more detriment to the language than not having youth representation. It was therefore decided that any youth representatives added would have to be fluent in CHamoru and 'active in its promotion and preservation.'"

He said to help meet the challenge, they opened up the youth representative position so they don't have to be a member of the Youth Congress, which is a body elected by peers from various local schools.

Instead, one of the youth representatives would be appointed by the speaker of the Youth Congress, "thus widening the pool of eligible youth," Flores stated.

"Likewise with the youth representative appointed by I maga'håga, the only requirement is that they are fluent and proficient in fino' CHamoru and actively involved in its promotion and preservation," Flores stated. "In the Youth Congress's discussion of this bill, and as a testament to the great interest of the youth in our language and the need for this bill, many individuals already came to mind that would be capable of filling both of these positions."