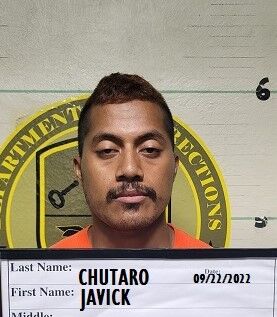 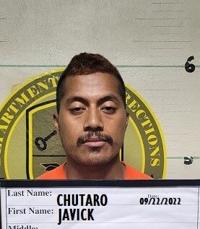 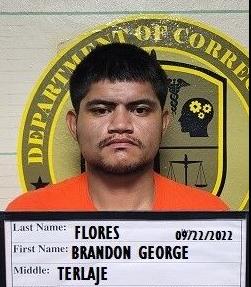 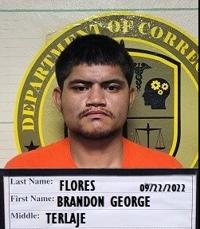 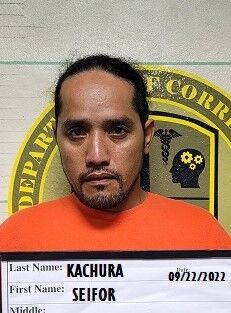 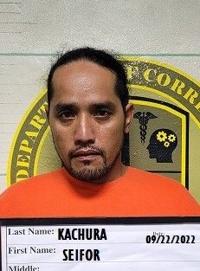 Two more men were arrested and charged in connection to the robbing of Yigo Shell gas station last month.

The arrest earlier this week of Bob Jessy Topasna Quinata, 26, led the Guam Police Department to arrest two more individuals in connection to the Yigo Shell robbery on Aug. 22 in addition to other robberies that have happened since then.

According to court documents, Quinata was charged with allegedly entering the Shell gas station carrying a rifle, demanding all the money from the cashier and entering the passenger side of a black SUV before fleeing the scene.

Police spent the last month looking for Quinata until he was apprehended for reportedly robbing two Hågat gas stations on Monday morning.

A wanted flyer for Flores' arrest was subsequently issued. Flores was found driving a car near Hemlani Apartments in Harmon with co-defendant, Javick Chutaro, 23, in the passenger seat on Thursday, court documents state.

Chutaro was not a suspect in the alleged Yigo Shell and Hills Market incidents but reportedly robbed several game rooms and convenience stores between Sept. 15 and Thursday. In those incidents, some of which occurred on the same day, Chutaro brandished a gun and demanded cash from the businesses, according to charging documents.

As Chutaro got out of the passenger seat when officers arrived, a black air pistol fell from his lap onto the ground, documents state.

According to police, the car also had fraudulent license plates attached and inside $1,407 cash and 1.81 grams of meth were found.

Police also arrested 33-year-old Seifor Kachura who was sitting in the back seat of the car Chutaro and Flores were found in.

Kachura, despite not being charged in connection to the robberies, was confined at Department of Corrections on a warrant for his arrest. He also was wearing an INS ankle tracing device and was supposed to be on house arrest pending deportation proceedings.

Chutaro, who has previously been arrested for offenses that range from retail theft to assault on a police officer, was also noted to be a suspect in open criminal mischief and promoting prison contraband cases, a GPD press release stated.

Chutaro has also been on a deportable alien status since April 2022 and at the time of his apprehension had removed the INS ankle tracking bracelet he was supposed to be wearing.

Flores was previously arrested on suspicion of theft, burglary and drug possession.