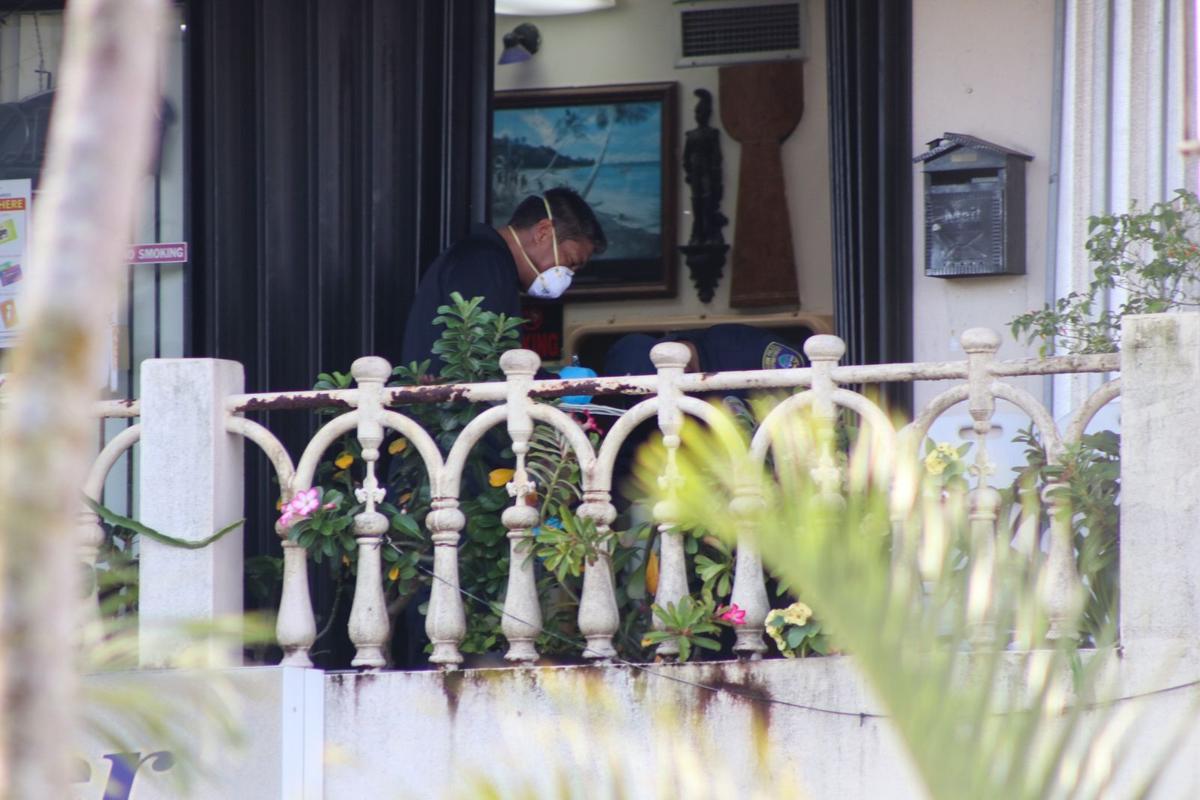 ENTRANCE: Guam Police Department Criminal Investigation Division investigators look at the entrance of Dave’s Barber & Beauty Shop in Dededo, early  morning on Sept. 15 after a man was shot after he allegedly broke into the shop. Dontana Keraskes/The Guam Daily Post 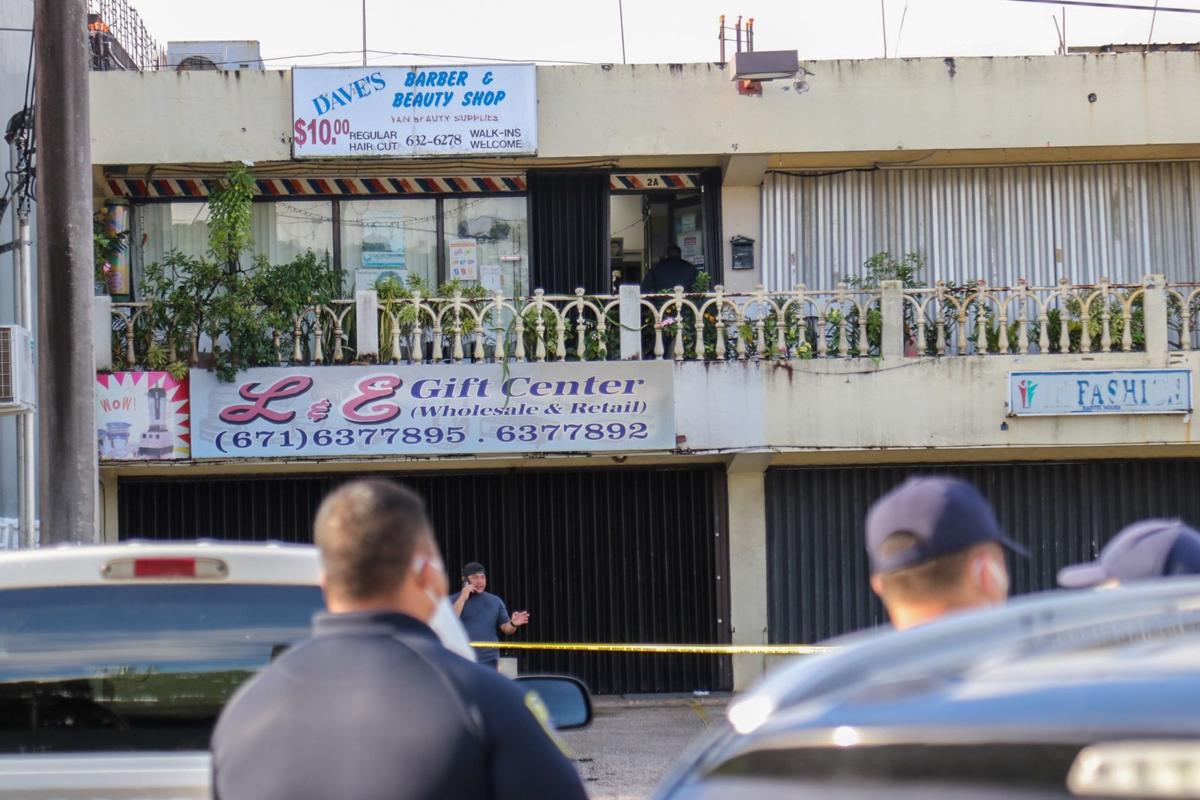 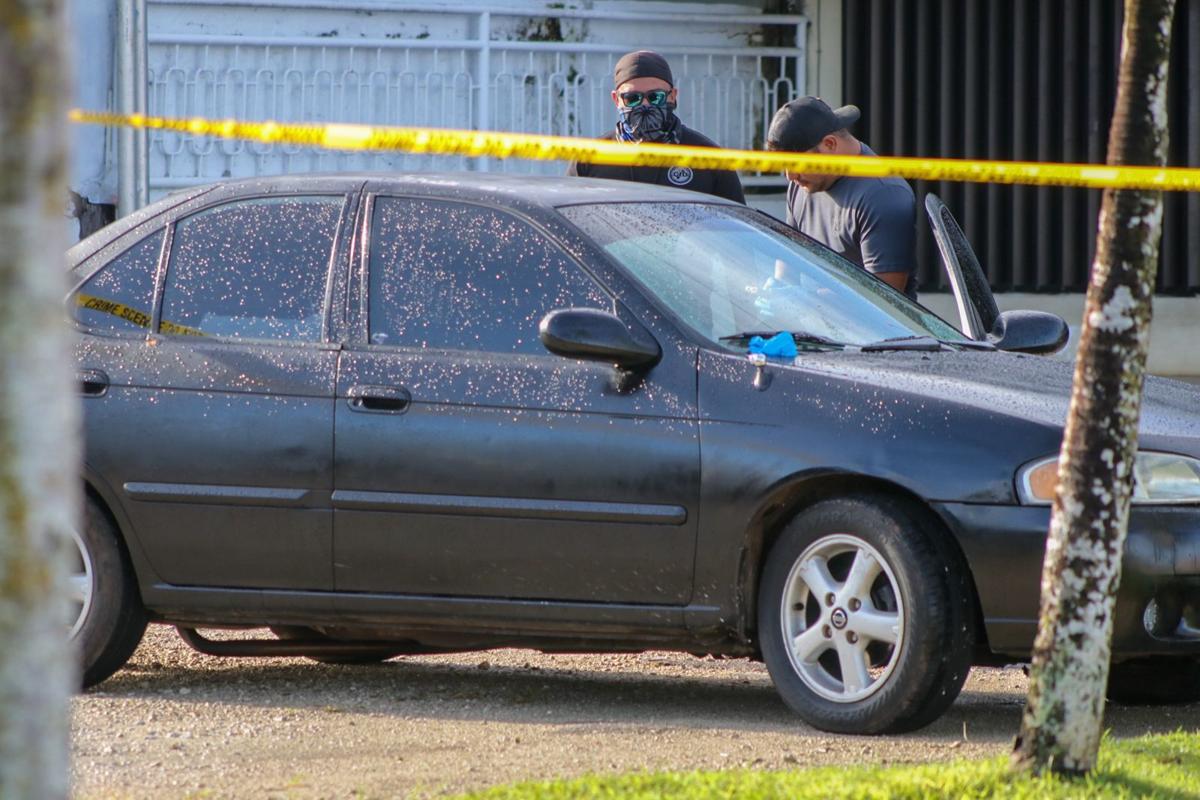 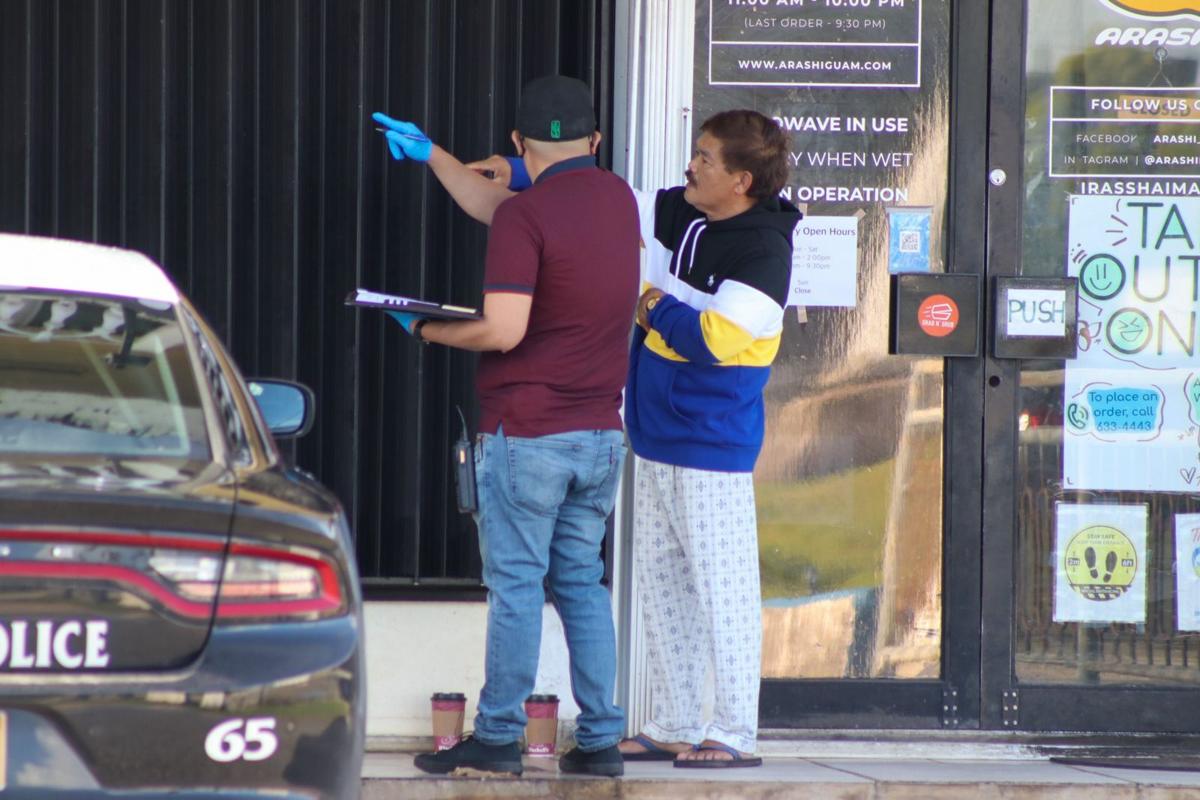 ENTRANCE: Guam Police Department Criminal Investigation Division investigators look at the entrance of Dave’s Barber & Beauty Shop in Dededo, early  morning on Sept. 15 after a man was shot after he allegedly broke into the shop. Dontana Keraskes/The Guam Daily Post

An early morning shooting in Dededo has sent one man to the hospital with a possible gun shot wound.

Guam Police Department officers responded to David’s Barber Shop in Dededo, along Marine Corp Drive, after receiving a report of a shooting that occurred at the barbershop.

The Guam Daily Post arrived at the scene as GPD Criminal Investigation Detectives conducted their investigation.

Police were seen interviewing the owner of the barbershop David Cadaviz.

The Guam Daily Post spoke with Cadaviz hours after the incident occurred. He said a man broke into his barbershop earlier that morning. The shop owner and his wife live behind the shop. The sound of glass shattering woke them up.

“I heard this big boom, and I checked for someone inside then I heard someone going through the cash register,” Cadaviz said.

Cadaviz retrieved a gun from his home, and confronted the alleged intruder who was already making his way to their living quarters.

“Then when I go outside he’s coming already in my area," he said.

Cadaviz asked the suspect to identify himself.

“I told him: 'You stop. On the ground',” said Cadaviz, adding the man did not comply.

The owner described the male individual as a “big guy" standing about 5’7” tall. Cadaviz said the alleged suspect made a move as though he was going to hit him.

He told The Guam Daily Post that he thought the alleged intruder had a weapon. Cadaviz said at that moment, “I shot him.”

Cadaviz said after he shot the individual, the man asked for help and tried to apologize.

“The guy was talking he said 'I’m sorry you guys',” Cadaviz said.

The incident occurred around 4:30 a.m., Cadaviz said the man allegedly broke a light outside of the barbershop before attempting to break the door lock to the barbershop.

Cadaviz said he believes the alleged suspect couldn’t get through the door, which is shuttered, so he broke the glass window to gain entry.

Police have blocked off much of the parking lot and the area to conduct the investigation.

Detectives were seen processing a black Nissan Sentra for evidence, the vehicle is believed to belong to the suspect.

A male individual was transported to Guam Regional Medical City, Guam Fire Department spokeswoman Cherika Chargualaf confirmed that the man sustained a possible gunshot wound. She said CPR was not necessary while en route to the hospital. The individual’s condition is not known at this time.

Police have not released details of the incident and no arrests have been made.

This is a developing story.