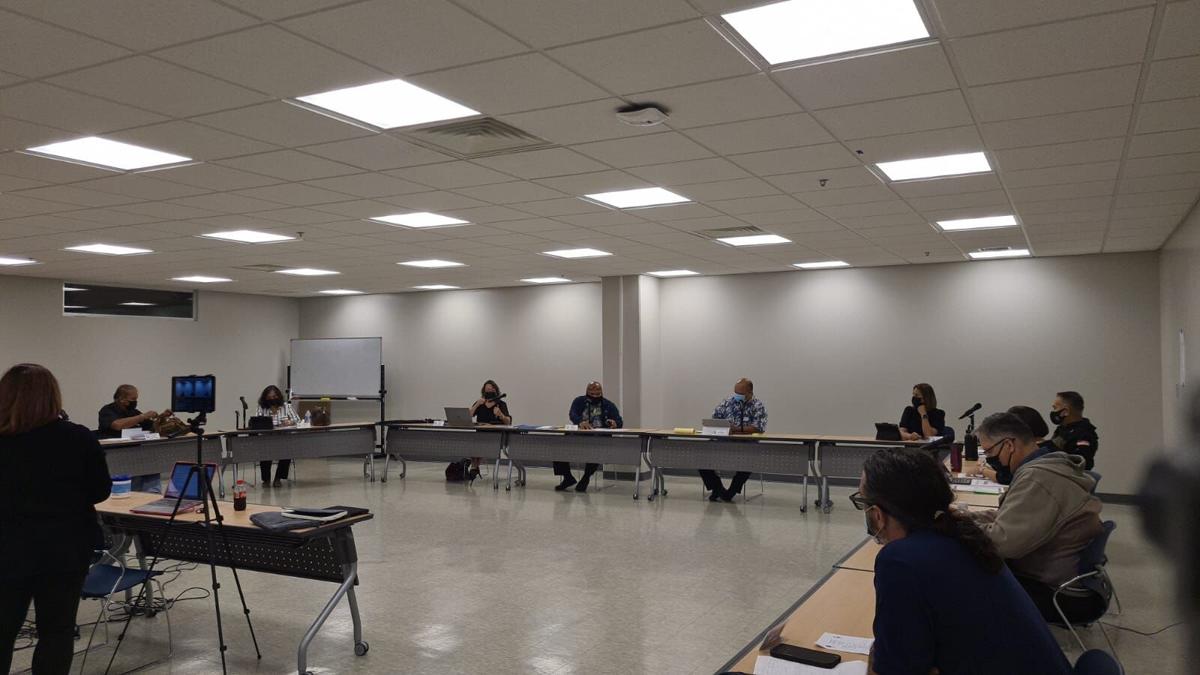 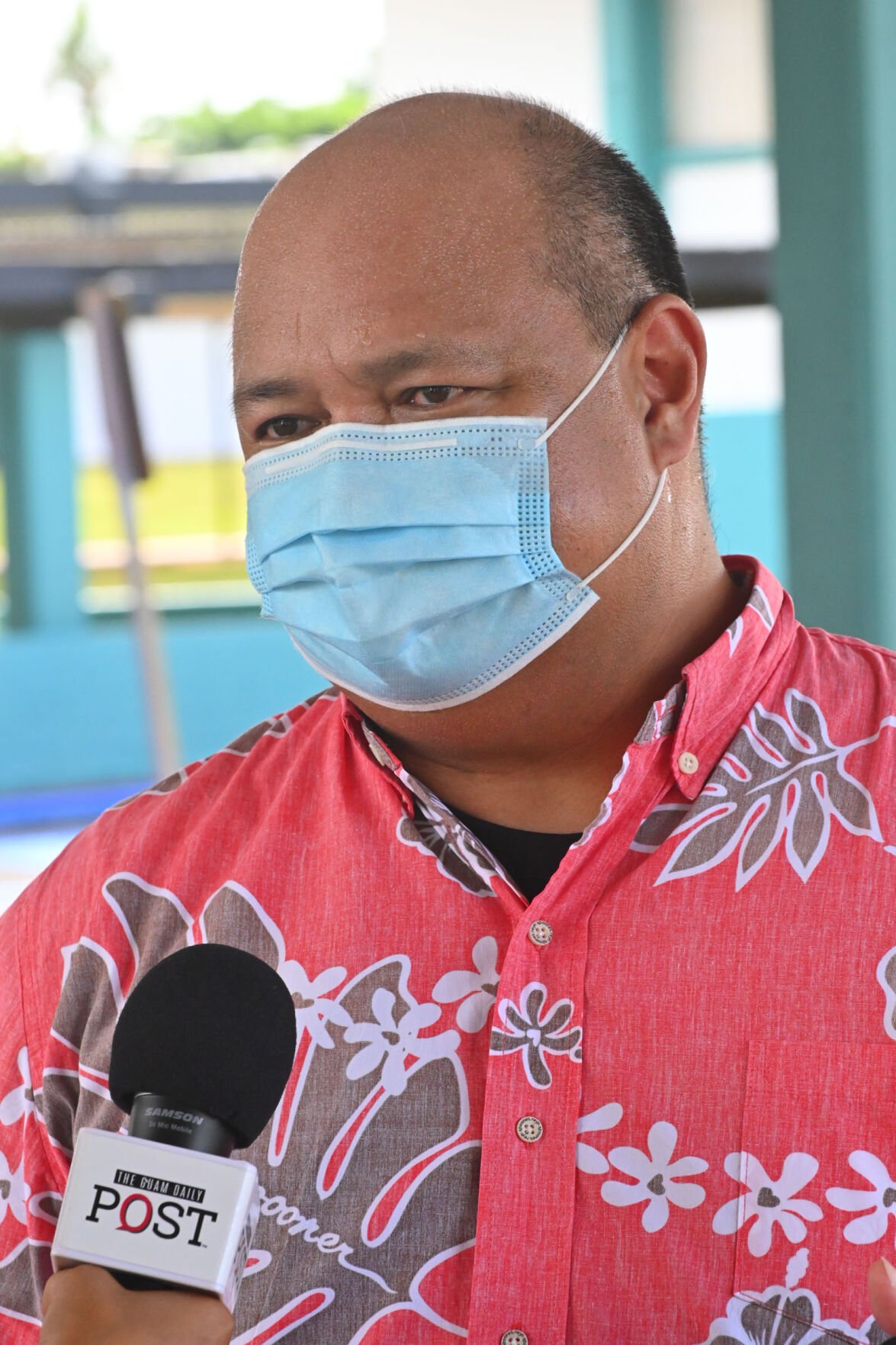 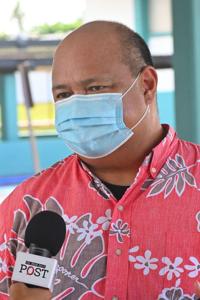 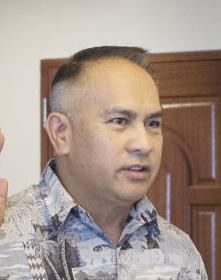 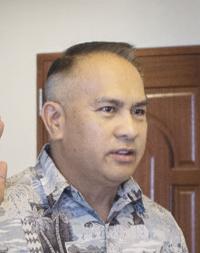 A trip to the U.S. mainland to discuss Guam Department of Education’s high-risk grantee status may to shift to a virtual meeting after a Guam Education Board member questioned the timing.

“We are about to open schools and the superintendent is leaving again?” board member Robert Crisostomo asked.

Guam Department of Education Superintendent Jon Fernandez had requested travel authorization during this week’s Guam Education Board meeting. He withdrew his request after hearing concerns of the timing.

The purpose of the trip was to meet with U.S. Department of Education high ranking officials on Dec. 1 to discuss the next step in getting Guam off of the federal high-risk grantee status. That status, among other things, requires Guam DOE to submit regular reports on federal spending, and pay about $3 million a year for a third-party fiduciary.

Crisostomo said he was not opposed to the meeting, but, felt that it was something that could be handled through a digital platform, such as Zoom.

“We need you on ground to open schools up,” said Crisostomo, who made a motion to deny the travel request.

Crisostomo’s motion failed. However, Fernandez went ahead and withdrew his request.

Earlier this week, the board approved GDOE administration’s plan to resume five-days-a-week of in-person classrooms for students at all grade levels on Nov. 29.

The plan, as it was originally announced, was for students to return to traditional learning schedule in January. But officials shifted high school students to start on Dec. 1, with younger students still starting in January, that plan was announced last week. And this week, the plan to move all students earlier was announced at the board meeting and approved by the board.

The opportunity to meet one-on-one with U.S. DOE officials presented itself during Fernandez’s last trip, from which he recently returned.

U.S. DOE Senior Advisor to the Secretary, Chris Soto, and Secretary Miguel Cardona carved out time to meet with Fernandez along with other U.S. DOE officials and the third-party fiduciary on Dec. 1, Fernandez said. The discussions were expected to focus on getting U.S. DOE to conduct final reviews in the spring that could help move Guam out of high-risk grantee status.

The superintendent also made it clear to board members that traveling wasn’t something he looks forward to, especially during this time of year.

“I would prefer not to leave, but, I don’t want to miss the opportunity so I would like the board to take action,” Fernandez replied.

An approved travel request would have allowed Fernandez to attend a national discussion on education, the Brustein and Manasevits Fall Forum, and meet with key U.S. DOE officials who would also be in attendance.

A third-party fiduciary has been overseeing GDOE's management of federal grant funding since 2009. This came after the department was designated as a high-risk recipient of federal funds in 2003.

Over the years, GDOE has worked to get off of high-risk designation, focusing on areas identified by federal partners but momentum slowed slightly as a result of the COVID-19 pandemic which has impacted education for the last two-and-a-half years.

“I think the momentum slowed slightly because of the fact that we haven’t been able to get anybody to visit on site. We did have a virtual monitoring last summer and then of course there’s been a changed in administration,” Fernandez said.

Fernandez’s meeting would have helped establish connections and restart the process.

“I was very happy to have the opportunity along with Chairman Mark Mendiola to visit with Ms. Christine Jackson with U.S. DOE, our point person in risk management, as well as the Deputy Secretary Phil Youngst, who is in charge of audit and financial management and oversees the risk algorithm division. We needed that higher level involvement and it resulted in a commitment from U.S. DOE to do a site visit sometime in the Spring in addition to virtual monitoring they already planned for January of next year,” Fernandez said.

The focus of the upcoming monitoring is to get certain items removed from the special conditions or at least remove third-party fiduciary oversight over areas where sufficient progress has been made.

“Most importantly in the area of property management as well as employee time tracking, so those discussions will continue as why try to finalize the agenda for January and then sometime in the Spring whether its April or May we expect USDOE to come here physically on site because there are a number of items for reconsideration that they will not be remove at this point without that onsite physical visit,” Fernandez said.