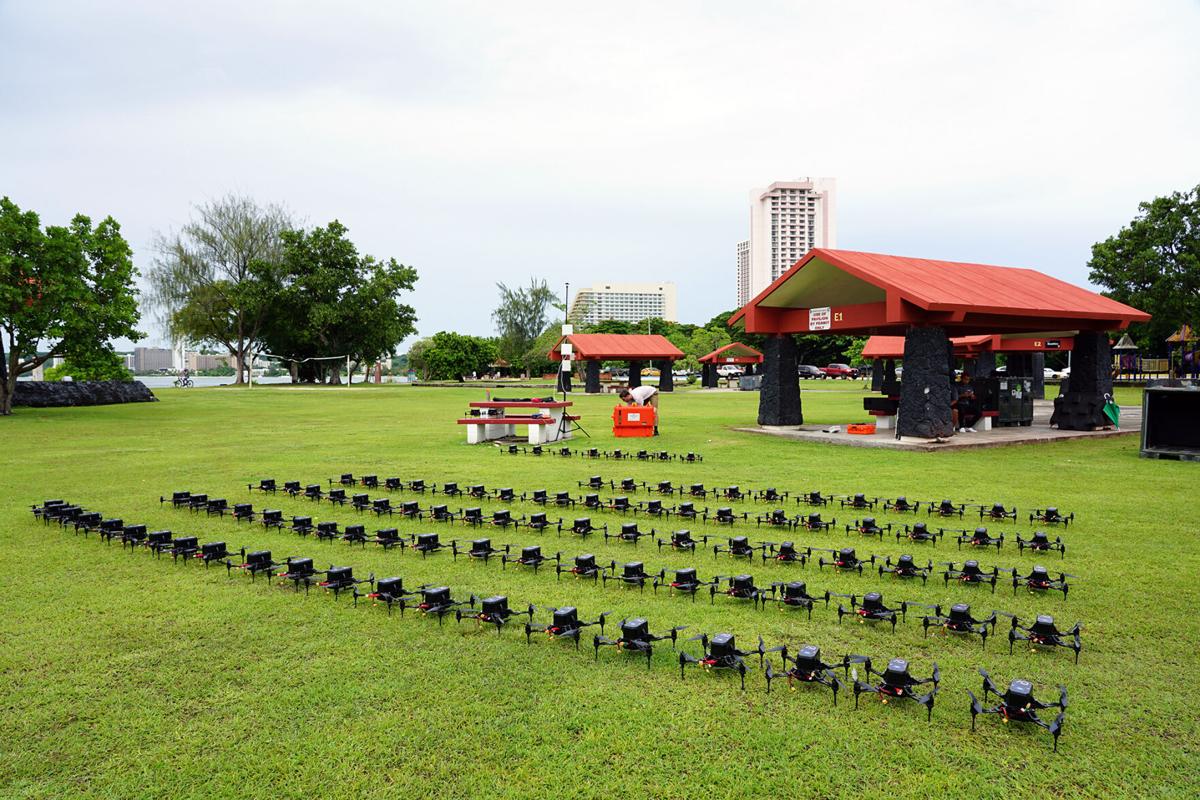 TEST FLIGHT: A hundred drones are pictured at the Ypao Beach Park on Tuesday afternoon as they were tested to illuminate Liberation Day tonight over Tumon Bay. Haruo Simion/The Guam Daily Post 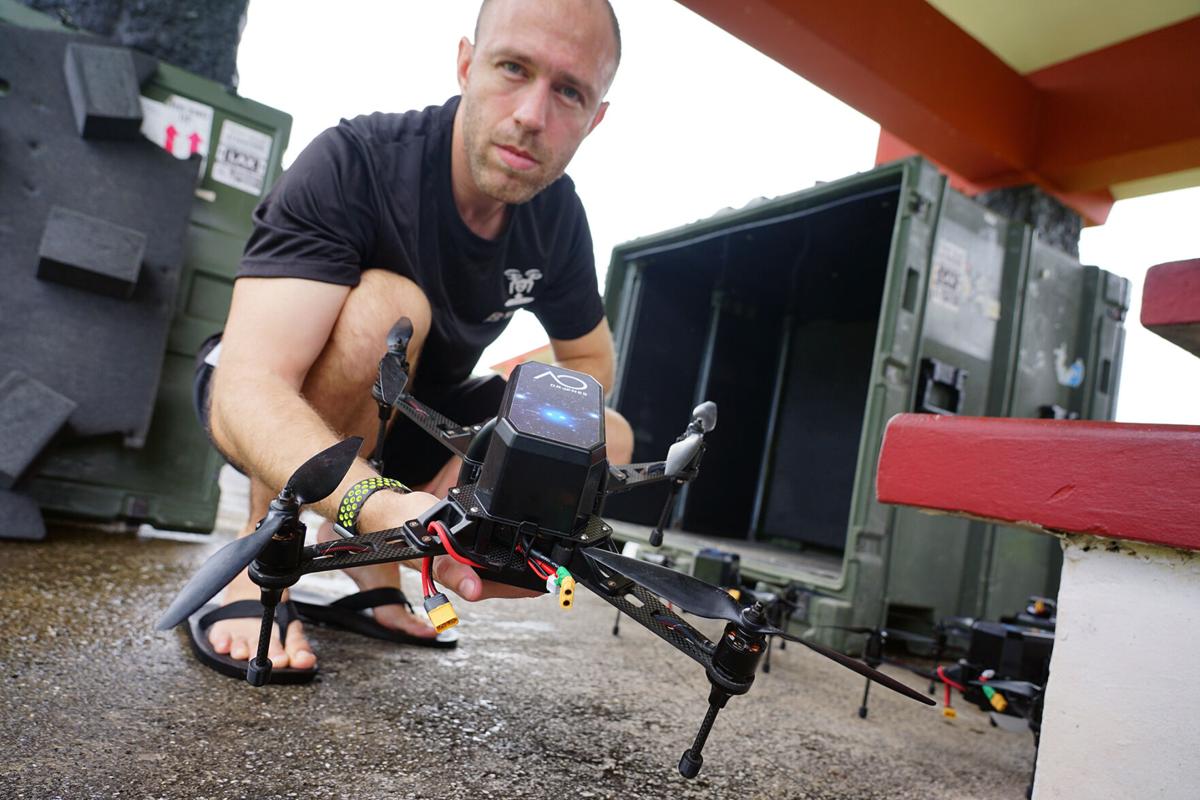 TEST FLIGHT: A hundred drones are pictured at the Ypao Beach Park on Tuesday afternoon as they were tested to illuminate Liberation Day tonight over Tumon Bay. Haruo Simion/The Guam Daily Post

A hundred drones with lights attached underneath will fly over Tumon Bay tonight in celebration of Guam’s 77th Liberation.

CEO of Bella Wings Aviation Charlie Hermosa and his team, along with Verge Aero spent Tuesday at Ypao Beach Park preparing for the spectacle.

“We are making final touches to the actual show. I think the final version is going to be amazing,” said Hermosa. “Obviously, growing up as a kid you just saw it in cartoons and sci-fi shows, but seeing this come to reality is one of the things that will live with us as we get started. This is only the first show, and we want to be able to bring this technology to Guam on an ongoing basis.”

The crew spent hours delicately placing each unit on the park grounds, calibrating them, and conducting test flights to make sure the show is one to never forget.

“There is a lot of technical work that goes into just creating the system. Most of the work has taken years of development to create the tools to make it easy once you get on-site,” said Nils Thorjussen, CEO of Verge Aero.

Though the pandemic put a pause on many things, Hermosa said the planning for the drone light show was ongoing to ensure they made it in time for this year’s celebration.

“It actually started with a storyboard and working with GVB. They wanted to make this very special, not only because of what we have been going through over the last year. They wanted to have an event where the people can come out and enjoy and see animation in the sky that puts the 77th Liberation into power,” Hermosa said.

The drone show launches at 8 p.m. today over Tumon Bay.

“We will be launching closer to the shore. It’s going to open up more of the back end of Ypao where people can actually come out and sit down. With the drone light show – you want to be further back because it’s almost like sitting in the first row watching a movie. You want to be able to have that good angle. We are also going to shift about 20 degrees to cover more of Tumon Bay,” he said. “In combination with the fireworks, it's going to be an amazing night.”

Three synchronized fireworks shows will follow at 8:15 p.m. in Tumon, Hagåtña, and Merizo.