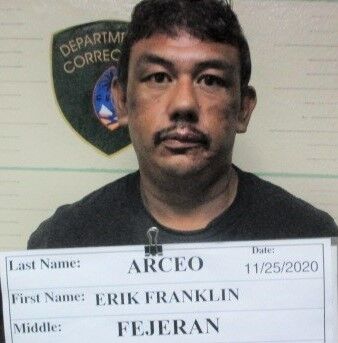 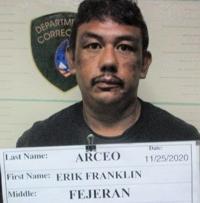 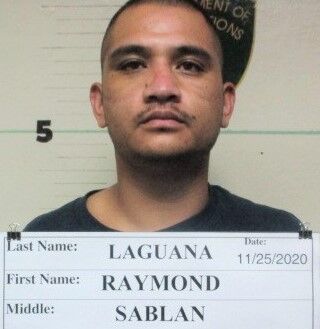 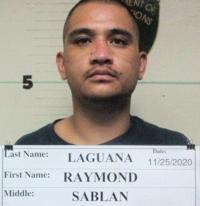 Reports of hundreds of dollars in cash reported stolen, gas that wasn't paid for, and an attempt to steal a motorcycle have landed two men in prison for their alleged involvement in the separate incidents.

Raymond Sablan Laguana II, 26, was charged with attempted theft of a motor vehicle as a second-degree felony and possession of a Schedule II controlled substance as a third-degree felony.

According to court documents, Arceo allegedly entered a Chalan Pago home on Nov. 18 and stole a purse containing $600 in cash.

Later that evening, the men put nearly $20 worth of gas in their vehicle at a gas station in Harmon before they allegedly took off without paying.

On Tuesday, the suspects were spotted at Alupang Beach Tower allegedly attempting to load a motorcycle into the back of their vehicle.

The pair dropped the bike and fled after a witness spotted them, documents state.

Each of the victims and witnesses described the suspects' vehicle as a Ford Explorer.

A woman inside the car allegedly told officers that the pipe was used to smoke meth earlier and belonged to Laguana. She said Arceo owned the meth.