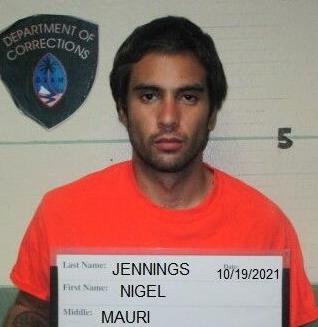 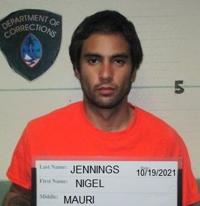 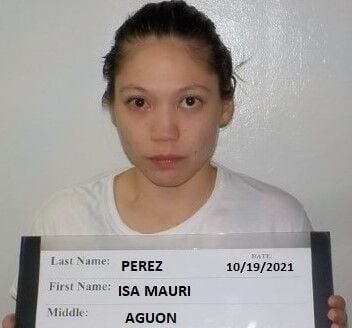 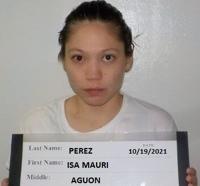 Two people were charged in unrelated cases with illegal drug possession in the Superior Court of Guam on Wednesday.

Nigel Mauri Jennings, 28, was charged with possession of a Schedule II controlled substance and possession of a Guam firearm without identification, both as third-degree felonies.

According to court documents, local and federal law enforcement officers were headed to a ranch in Hågat to locate two suspects in an illegal drug case when they ran into the suspect who tried to run away.

The suspect slipped and fell before authorities took him into custody.

Officers noted the suspect had a firearm tucked in the small of his back and found a small plastic bag with methamphetamine, documents state.

In a separate case, police captured a woman who was allegedly caught with 14 grams of meth in May.

Isa Mauri Aguon Perez, 24, was charged with possession of a Schedule II controlled substance with intent to deliver as a first-degree felony.

According to court documents, officers responded to Alupang Beach Tower in May after employees reported a man and woman trying to get into a room they were cleaning.

Employees at the condo were conducting cleaning and inventory in a room where guests had vacated without formally checking out. The room’s occupants had been arrested earlier based on outstanding warrants. While the staff were cleaning, a woman repeatedly knocked on the door. The employees told the woman to check the front desk about gaining entry into the room. A man later threatened to "break the door."

The employees called the police. When police officers arrived, they observed drug paraphernalia, a weighing scale and cash. An identification card in a bag belonged to Perez. Approximately 14 grams of suspected methamphetamine were among the items found in the room.

Police located Perez Oct. 19. She told police methamphetamine was being sold by others in the room. She denied the meth was hers.