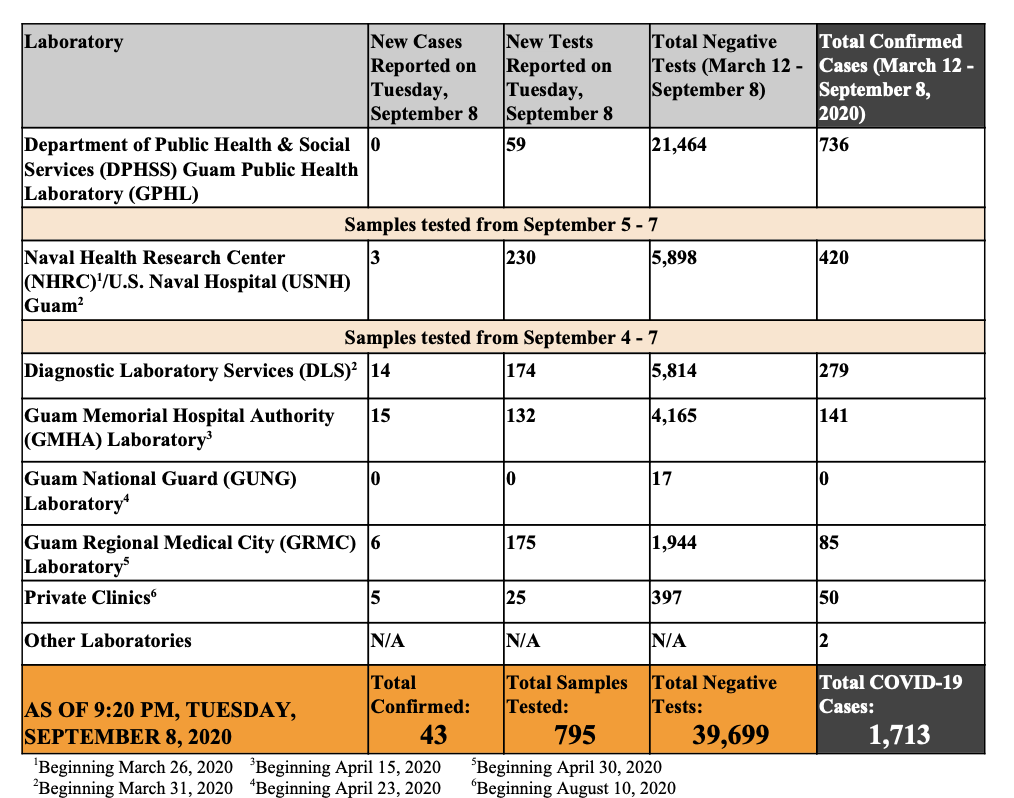 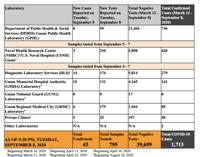 On Tuesday, there were 43 COVID-19 positive results out of 795 tests conducted by Department of Public Health and Social Services, and its partners.

Additionally, results from the weekend, Sept. 4-7, were broken down:

• 11 tested positive at Department of Defense

• and one tested positive at Guam Radiology Consultants

A follow-up positive test was previously reported as a positive case in error and was removed from the overall count, the JIC report stated.

Since testing started in March, there have been a total of 1,713. Of those cases, 1,472 are classified as civilians and 241 are military service members.

There are 951 people who have already completed isolation. There are 743 cases in active isolation.