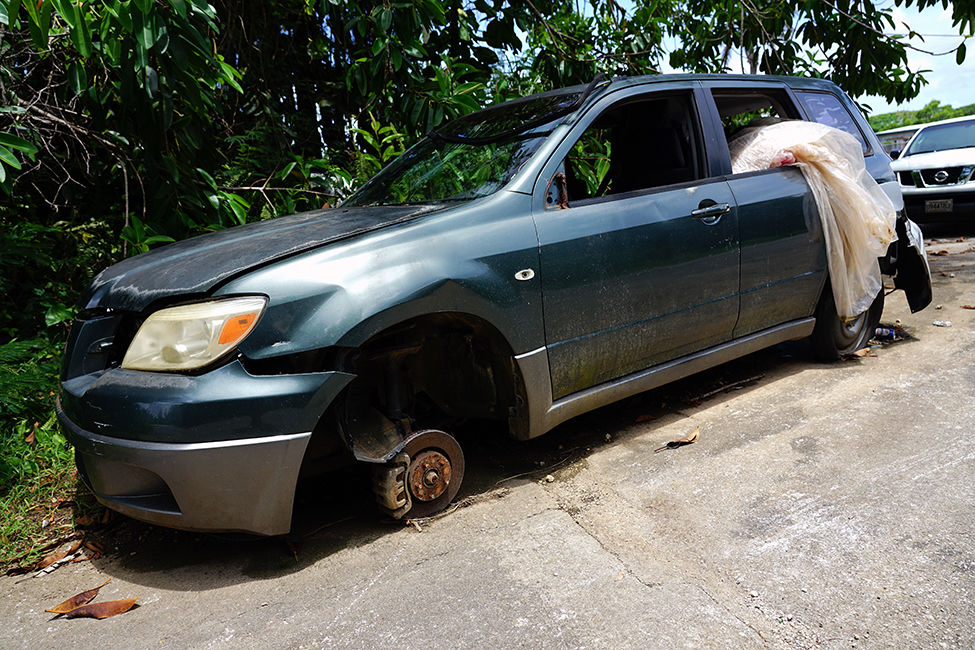 OUT OF SIGHT: An abandoned Mitsubishi Outlander is seen tucked away along a secluded area across Price Elementary School in Mangilao on Friday. Haruo Simion/The Guam Daily Post 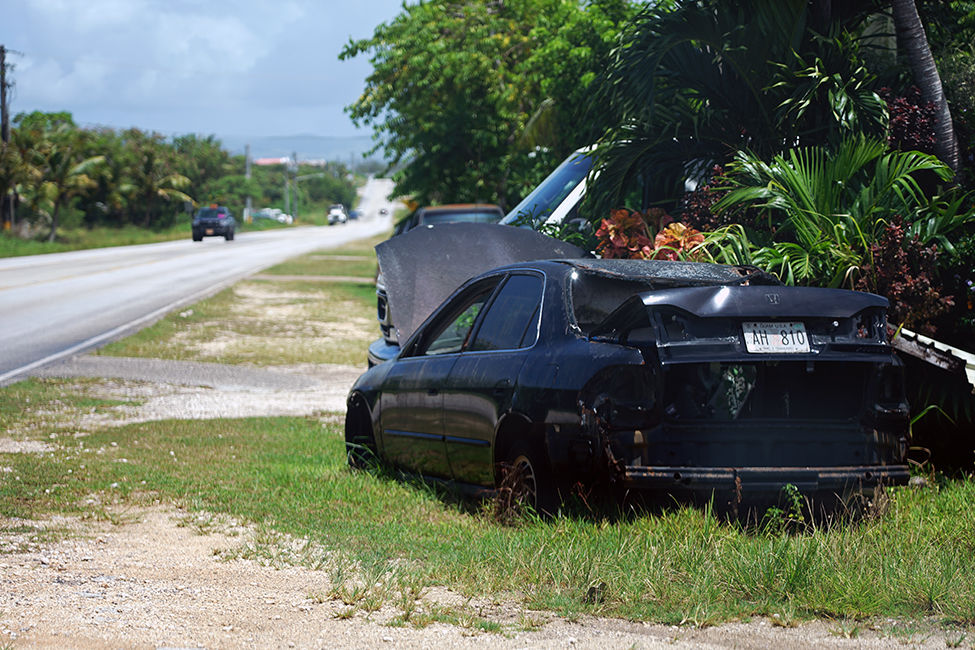 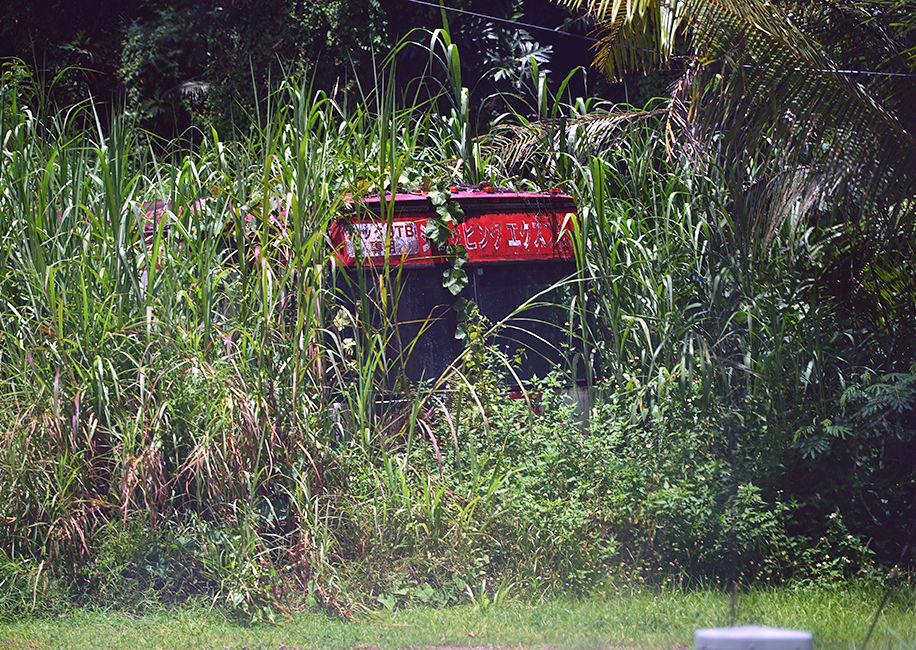 RUSTING AWAY: A trolly bus is left covered in grass along Dairy Road in Ordot on Friday. Haruo Simion/The Guam Daily Post

OUT OF SIGHT: An abandoned Mitsubishi Outlander is seen tucked away along a secluded area across Price Elementary School in Mangilao on Friday. Haruo Simion/The Guam Daily Post

RUSTING AWAY: A trolly bus is left covered in grass along Dairy Road in Ordot on Friday. Haruo Simion/The Guam Daily Post

At the end of next month, mayors anticipate they can start removing abandoned cars, used tires, and other dumped household appliances from their villages using the $466,042.26 in the recycling revolving fund.

Mayors will be racing against time because they only have up to Sept. 30 to use the funds for cleanup.

Residents, however, are asked to wait until late July before hauling their allowable trash for pickup.

That's because mayors' offices and contractors still have to go through several processes, including a July 8 orientation with the Guam Environmental Protection Agency, said Mayors' Council of Guam Executive Director Angel Sablan.

Guam EPA announced during its Thursday board meeting the approval of its memorandum of agreement with the mayors' council.

"We already have a list of residents that have called to have junk to be disposed. Until we actually have the purchase orders in our hands, I will not be content. I appreciate the help of EPA in expediting this process, but the wait is still too long when the money has been available since the beginning of the fiscal year," Alig said.

The COVID-19 pandemic struck before the MOA with Guam EPA was finalized and routed for approvals.

The mayor urges Piti residents to call his office so that once the purchase orders have been transmitted his office can dispose of the abandoned vehicles and other items.

More than 80 abandoned cars and other types of recyclables are waiting to be removed from Barrigada, according to Mayor June Blas.

"The amount available is only about $20,000 on average for each village. I am not sure how that could be enough. But we will work with what we have and hopefully next year's funding will be more so we can remove more," Blas said.

He said he's "very relieved" that the funds have been approved for release.

"We will take whatever they give us and use it up. We always do," he said.

The Sinajana mayor, however, reminded residents to "not put out" the allowable trash yet until purchase orders are ready. He also said plastics are not allowed.

The funds that are used for removing recyclables come from a portion of the fees that Guam residents pay every time they register vehicles at the Department of Revenue and Taxation.

The funds will be divided between the villages depending on the need and village size.