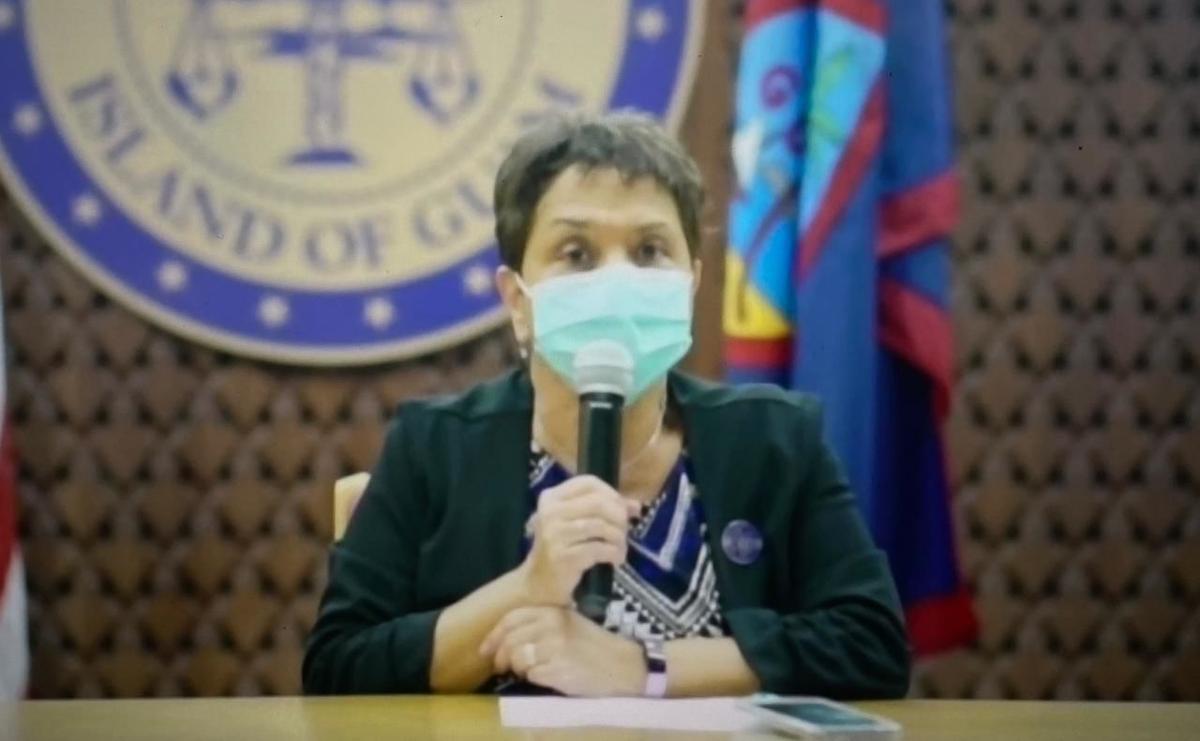 IT'S OFFICIAL: Gov. Lou Leon Guerrero on Monday afternoon announced the start of the application process for federally funded unemployment programs on Guam. This is from a screenshot of the governor's video press conference. Dontana Keraskes/The Guam Daily Post 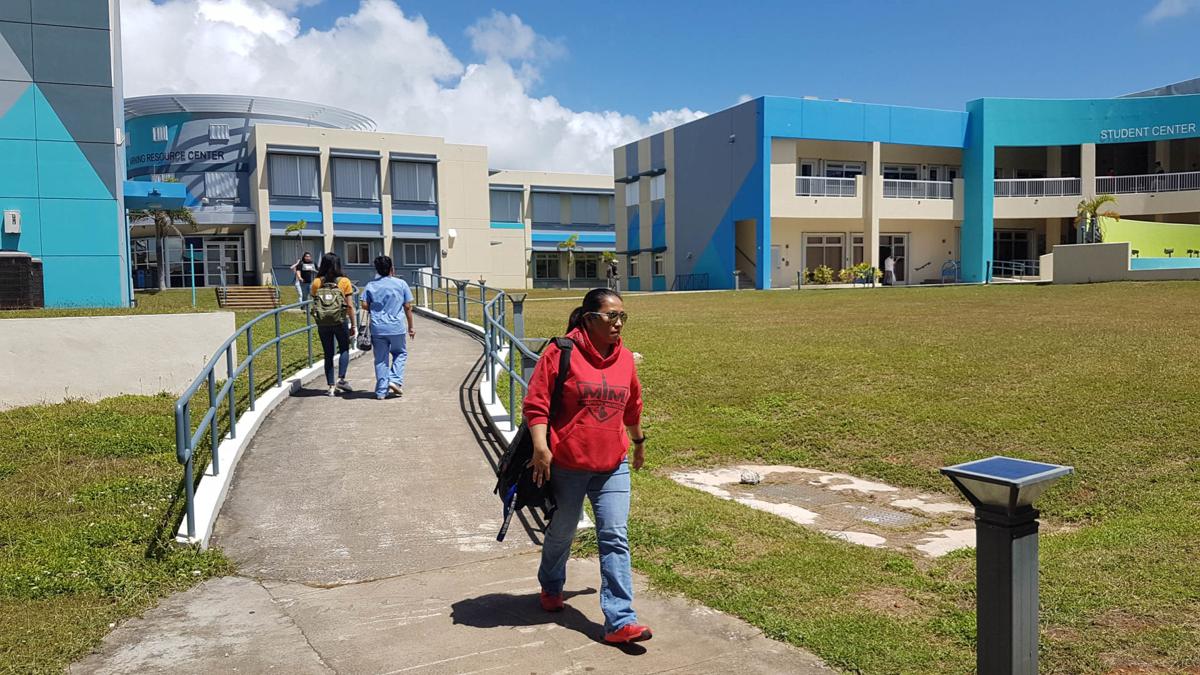 GCC CAMPUS: Guam Community College President Mary Okada announced Monday that the unemployment processing center and call center will open on the GCC campus soon as part of a memorandum of agreement between GCC and Guam Labor to help ensure Guam's affected workers will have an area to go to if they need help filing an application online. Post file photo

IT'S OFFICIAL: Gov. Lou Leon Guerrero on Monday afternoon announced the start of the application process for federally funded unemployment programs on Guam. This is from a screenshot of the governor's video press conference. Dontana Keraskes/The Guam Daily Post

GCC CAMPUS: Guam Community College President Mary Okada announced Monday that the unemployment processing center and call center will open on the GCC campus soon as part of a memorandum of agreement between GCC and Guam Labor to help ensure Guam's affected workers will have an area to go to if they need help filing an application online. Post file photo

More than 5,000 of nearly 23,000 workers needing unemployment benefits had initiated filing their claims by the time Gov. Lou Leon Guerrero and Labor Director David Dell'Isola announced on Monday the online window to apply has officially opened.

Some residents were able to apply as early as on Saturday because the system was already "live" at the time.

That's the day the Guam Department of Labor held a "soft launch," to help work out remaining bugs or glitches in the system.

The father said he's glad he assisted his 18-year-old son because there were some challenging areas in the application process.

His son was furloughed from Tony Roma's in Tumon on March 18, and the restaurant provided a furlough letter to the employee.

"The major stumbling block on the online application was determining the position title. My son was a 'busser' which means cleaning tables, gathering dishes, etc. 'Busser' doesn't exist in the popup window. So I had to play around with general terms like 'restaurant worker' and a list of position titles came up. Ended up selecting 'restaurant team member'," Naputi told The Guam Daily Post.

Naputi believes a lot of applicants "will need assistance in understanding and completing the online application."

"Then there is the requirement of a scanned image of a photo ID," he said.

Another said he found it a long process "but as long as you have all the documents" it should go fairly well.

There were other workers whose attempts to complete the application process were not as successful.

In a statement late Monday afternoon, Guam Labor said if people submitted an employee claim and had no issues or errors, "please do not submit another application."

Dell'Isola said, "more than half of our problems stem from the users."

The Labor director and the governor said people should expect some glitches.

"This is a brand new program so there will be some glitches. We ask people for their patience as we continue to address these issues,” Dell’Isola said.

The governor said she's looking at pursuing a long-term unemployment insurance or unemployment assistance program for Guam, but did not say where the funding would come from when the time comes.

On Guam, qualified workers could receive up to $945 a week in federal unemployment benefits through July, and up to $345 a week after that through the end of the year.

Give it a few more days

Dell'Isola asked residents to wait a few more days to apply online, if they can, to give the software vendor more time to fix the remaining bugs or glitches in the system.

"I’m asking that it’s better, it’s not going to make you (get) paid any quicker to wait a few days until the help process is there so you have the infrastructure when you have a question or when you need help," Dell'Isola also said.

Under the rule, he said, the department has to act on the claim within 21 days of receiving it.

Those who successfully filed their claims so far should be able to get their unemployment benefits starting around June 22 or earlier.

The director said there's a lot of integrity put into the application system to help prevent hacks and therefore prevent the loss of millions of dollars that are supposed to go to displaced workers.

"This integrity is to make sure the money that we get goes to our people and not some foreign African tribe or whatever that's going after us," Dell'Isola said.

That's part of a memorandum of agreement between GCC and Guam Labor to help ensure Guam's affected workers will have an area to go to if they need help filing applications online.

Okada said there are more than 80 computers in the areas designated as unemployment benefits processing centers on the GCC campus, plus a call center.

Dell'Isola could not say when the processing center will be open to the public.

For affected workers who do not have their own computer with an internet connection, they can proceed to the GCC processing center once it is open.

However, they should make an appointment before going to the center once it's open.

Employers can also get training on the system so they can assist their employees in filing for unemployment benefits.

Some mayors' office and village libraries will also get training, to help assist residents.

As of June 1, 22,795 workers have lost their jobs, been furloughed, or were working fewer hours as a result of the COVID-19 pandemic.

That's 60% of the 38,000 workers that Guam Labor estimated to be affected by the pandemic.

The numbers are based on the information provided by 1,215 employers via hireguam.com.

It's been 12 weeks since Guam was placed under a state of emergency, the governor stated.

The governor called it "a great success story" for the government of Guam to have launched the unemployment programs in a matter of weeks.

The U.S. Department of Labor released an initial allotment of $276 million to Guam Labor. The local agency applied for a $924 million budget.

Guam Labor contracted, through a $791,850 sole-source procurement, Florida-based Geographic Solutions for the computer system that runs the unemployment benefits program, which is integrated in hireguam.com.

Geographic Solutions, the same company that developed the programs for hireguam.com in 2013, was awarded the project on April 21.