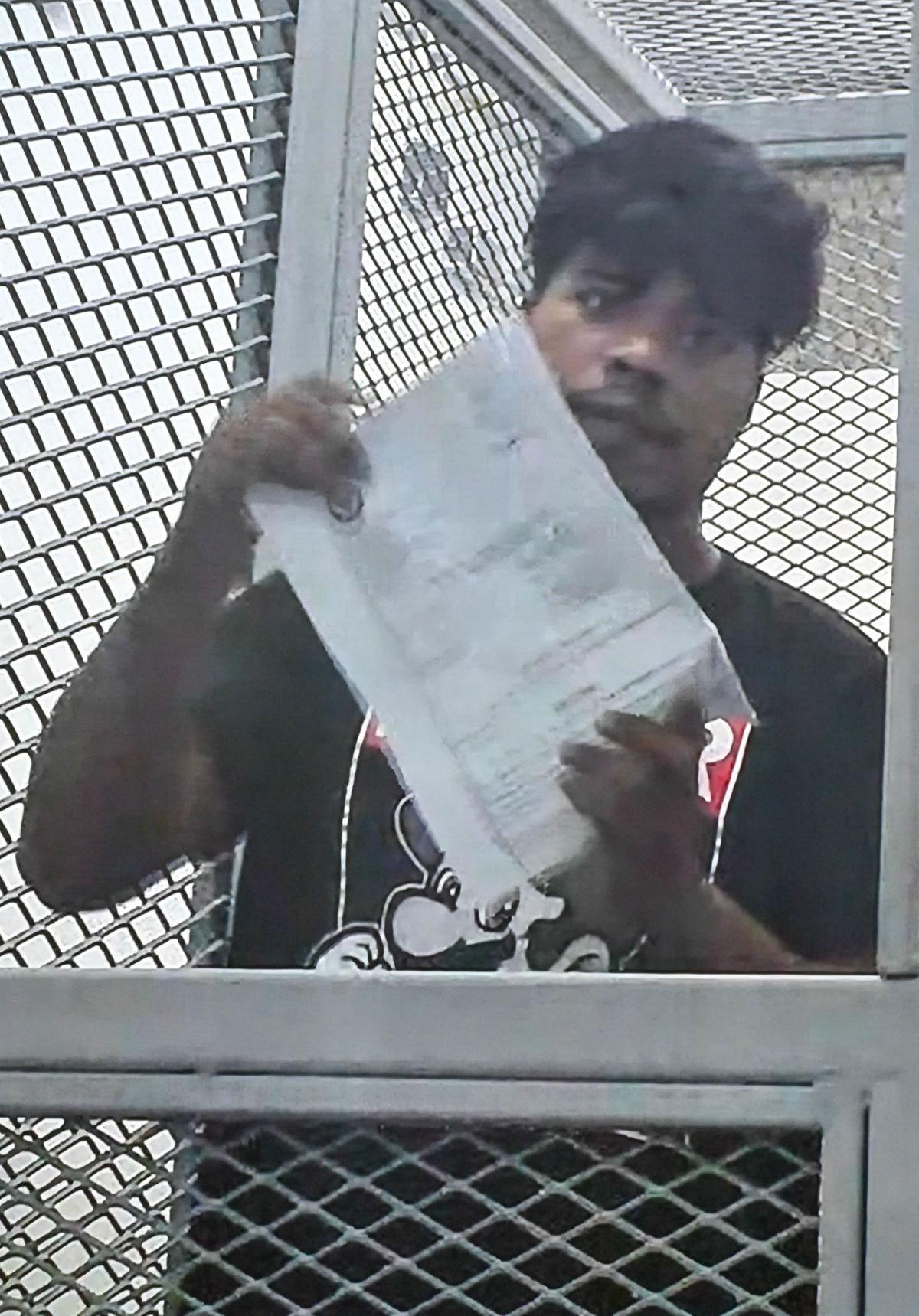 DEFENDANT: Katner Herry, 25, holds up his copy of the complaint filed against him while appearing by teleconference in the courtroom of Magistrate Judge Jonathan Quan for his arraignment in January. He's been charged with murder and aggravated assault in the death of his second cousin, Luciana Polly, 37. Post file photo 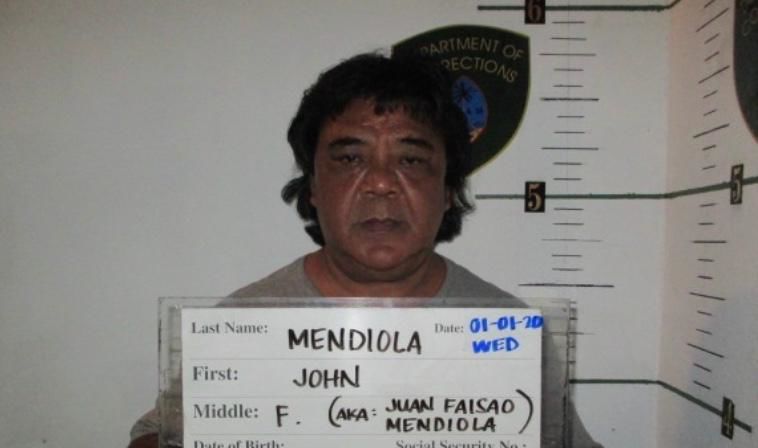 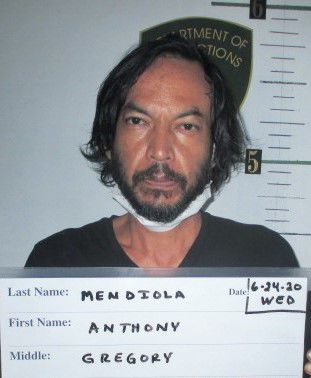 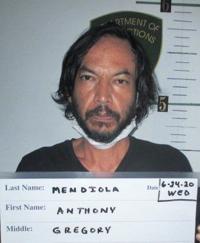 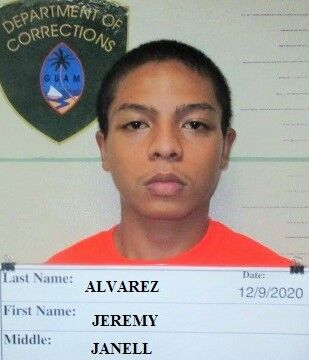 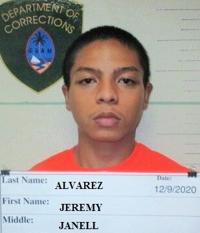 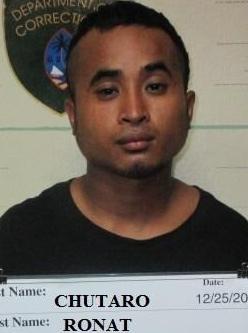 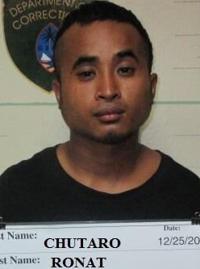 DEFENDANT: Katner Herry, 25, holds up his copy of the complaint filed against him while appearing by teleconference in the courtroom of Magistrate Judge Jonathan Quan for his arraignment in January. He's been charged with murder and aggravated assault in the death of his second cousin, Luciana Polly, 37. Post file photo

Seven homicide cases were reported on Guam throughout 2020.

The first one happened on Jan. 25 in Toto.

Katner Herry was charged with aggravated murder, murder, first-degree criminal sexual conduct, aggravated assault and strangulation in connection with the death of his cousin Luciana Polly.

Polly was found beaten to death along a closed-off road in the village.

Autopsy results show that she had died of blunt force trauma to the head.

Court documents state that Herry told police he was asleep when Polly woke him up by pouring beer on him.

He got upset and allegedly punched Polly several times in the face. He said he blacked out while chasing Polly toward Ramirez Street and could not remember what happened next. He did, however, state that he "killed Polly," according to court documents.

Polly's partially clothed body was found by children playing in the area.

Herry remains in jail awaiting trial in the Superior Court of Guam.

The second incident occurred on May 4 in Mongmong.

John Faisao Mendiola was charged with murder as a first-degree felony and aggravated assault as a second-degree felony in connection with the shooting death of Peter Rios Jr. Rios’ death was ruled a homicide. He was found shot dead inside a unit at the Taitano Apartments along J.A. Camacho Street in Mongmong.

Mendiola and Rios had been arguing inside the apartment when the shooting occurred, court documents state. Mendiola allegedly told police that Rios lunged at him with a knife which made him pull the trigger, according to court documents.

The body of Kunai Kiosi, 29, was found on May 31 on the side of the road along Marine Corps Drive in Tamuning near a veterinary clinic. It took the police department 35 days to shift from a death investigation to a homicide investigation because it was waiting for the autopsy on Kiosi. Guam hasn't had a resident medical examiner for nearly two years. No suspect was announced in the death of Kiosi.

Defendant Anthony Gregory Mendiola was the third person to be charged with murder this year on Guam.

Mendiola was arrested on June 23 in connection with the shooting death of Joseph Michael Zamora in Agana Heights.

Witnesses told police that Mendiola and Zamora had been arguing in front of Zamora's residence before both went inside and shots rang out, court documents state. "He's inside, I shot him," Mendiola allegedly told responding police officers.

An autopsy report states Zamora was shot as he was facing the shooter, despite court documents stating he was found dead with a gunshot wound to his back and a separate wound on his inner arm.

Mendiola, who was placed under house arrest, still faces charges of possession of an unregistered firearm and possession of a firearm without valid identification, both third-degree felonies.

Multiple gunshots fired by police officers responding to a report of a stolen car led to Xavier Tedtaotao's death on Nov.3. His wife, Viki Ann, was shot eight times and has since been released from the hospital for her injuries, according to Tedtaotao's family.

The pair were in a car, parked outside an apartment complex in Tamuning when police fired after the vehicle allegedly attempted to move forward. Four officers were placed on leave while under investigation. They have since reported back to work.

The Guam attorney general's office has stated the case is classified as a homicide investigation but no suspect has been identified. The four officers were not identified.

Each charge includes a special allegation of possession or use of a deadly weapon in the commission of a felony.

Alvarez allegedly told Guam Police Department officers that he hit Allen with a hammer "five to 10 times" after she touched his genital area.

He told officers that he asked Allen for Xanax and that's when she touched him, the prosecution stated in court documents.

The final incident took police on a manhunt for most of December before authorities arrested Ronat Chutaro in connection with the stabbing death of Arthur Wakuk in Tamuning.

Chutaro was charged with murder as a first-degree felony and aggravated assault as a second-degree felony. Each charge includes a special allegation of possession or use of a deadly weapon in the commission of a felony.

Chutaro allegedly told investigators that Wakuk attempted to hit him with his car.

He also claimed Wakuk attacked him first with a knife and that he had taken it away before he used it to stab him, court documents state.

The defendant is being held by the Department of Corrections on $250,000 bail.