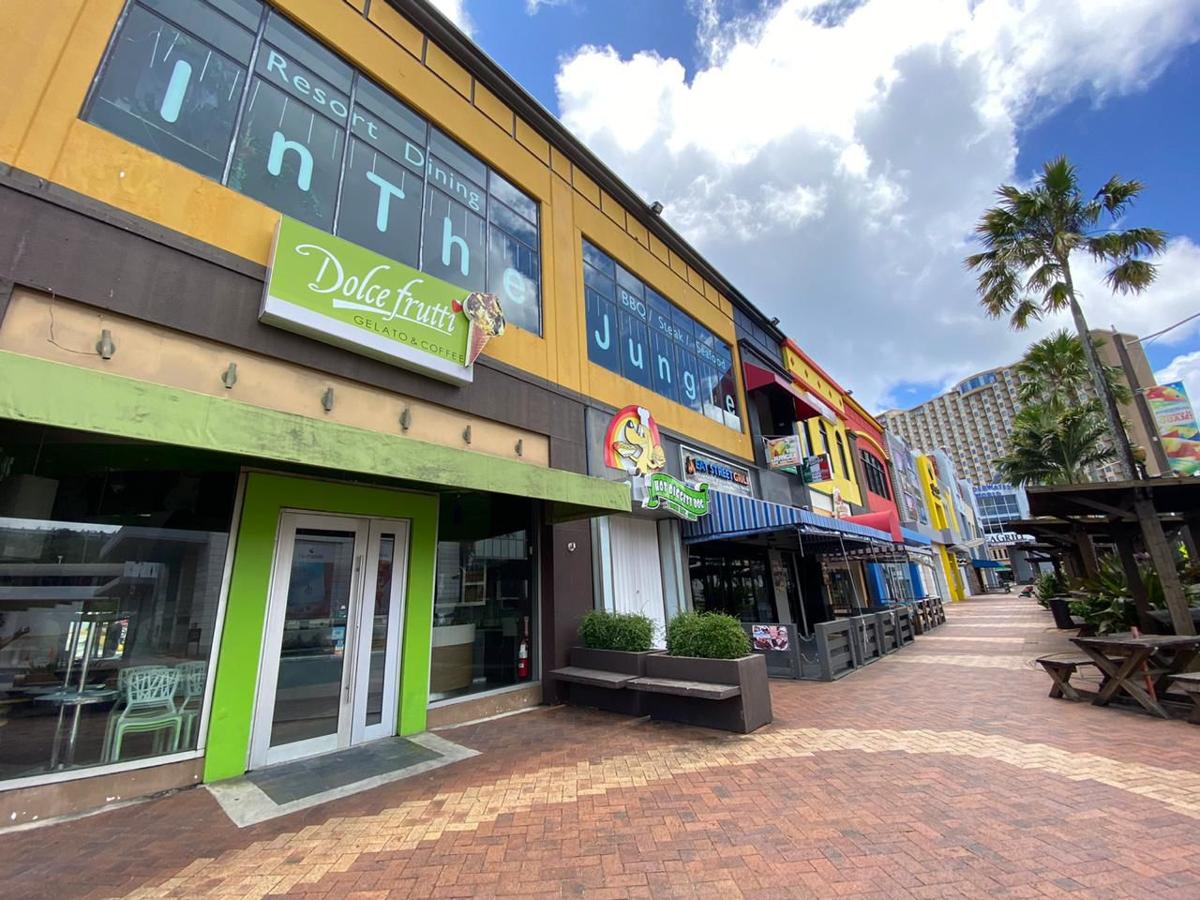 STILL CLOSED: Closed shops line the Tumon strip as seen on June 11. Businesses that have reopened aren't serving as many customers as they used to prior to the COVID-19 pandemic and public health emergency. Kevin Milan/The Guam Daily Post

STILL CLOSED: Closed shops line the Tumon strip as seen on June 11. Businesses that have reopened aren't serving as many customers as they used to prior to the COVID-19 pandemic and public health emergency. Kevin Milan/The Guam Daily Post

Dr. Felix Cabrera said that timeline "is not impossible." Cabrera leads the governor's medical advisory board.

"While no date has been decided yet, we were looking at mid-July for a possible reopening. However, this is subject to change as Guam responds to this pandemic and the direction of Gov. Leon Guerrero and her medical team," Gutierrez stated. He noted via text message that July 15 is the date he's considering specifically.

The island was expected to reopen its tourism industry on July 1. However, a recent spike in COVID-19 cases led the governor to push back that date. On Monday, the governor signed Executive Order 2020-22, extending the public health emergency to July 30. It was originally set to expire Monday.

Officials said one of the seven persons who tested positive reported household contact to a confirmed case and was identified through contact tracing.

The new cases increased the island's total COVID-19 cases to 255 since tests started in March, and there are 71 current active cases. The island has had five virus-related deaths. There have been 179 people released from isolation. Of those cases, 213 are classified as civilians, and 42 are military service members.

'It takes time to build up interest'

Gutierrez said no inbound flights were delayed due to the announcement, as many of the airlines that have committed to reopening routes will resume service in late July or August.

He added that "just because we say tourism opens on a certain day doesn't mean visitors will flock to Guam on that day."

"It takes time to build up interest and for our travel trade to sell travel packages to Guam. If we're optimistic, the soonest we'll see visitors could be a month from our reopening day," he said.

GVB has been in discussions with industry partners.

"The Guam Visitors Bureau has been hard at work informing our source markets of the preparations being made to welcome our visitors back to the island. With guidance from the governor's office and the Department of Public Health and Social Services, many of our tourism-centric businesses have been implementing health and safety protocols that are important to protecting our island residents and visitors," Gutierrez stated.

"I think the biggest concern is quarantine and testing availability," he added, in response to questions about concerns from Guam's source markets. "We have to address Guam's quarantine protocols and find some middle ground because if tourists come to our island only to be locked up in a hotel for their entire stay, I doubt many of them will travel here."

Cabrera joined Leon Guerrero on Saturday for a press conference where they noted concerns about the recent increase in COVID-19 numbers – 65 new cases in the previous two weeks.

When asked about Gutierrez's consideration of July 15, Cabrera said: "It's fine to work toward dated goals, just as long as everyone has matched expectations in what factors may alter the timeline."

"We have already developed a proposed algorithm that further risk stratifies travelers that are from either high-, medium- or low-risk areas," Cabrera stated.

"However, given our current spike in numbers, it was more important to ensure that high-risk areas were addressed immediately and correctly. We will need time to ensure our operations work through their inevitable bumps, and time for the metrics to actually show things smoothing out.

"Could this be by July 15? It's not impossible. If certain tourist-centric businesses want to make parallel efforts to prepare for that date, then that's a risk they must evaluate and take themselves. We welcome the public discussion and debate. But what is not debatable is the fact that no tourist will come if they view Guam as a hotspot," he stated.