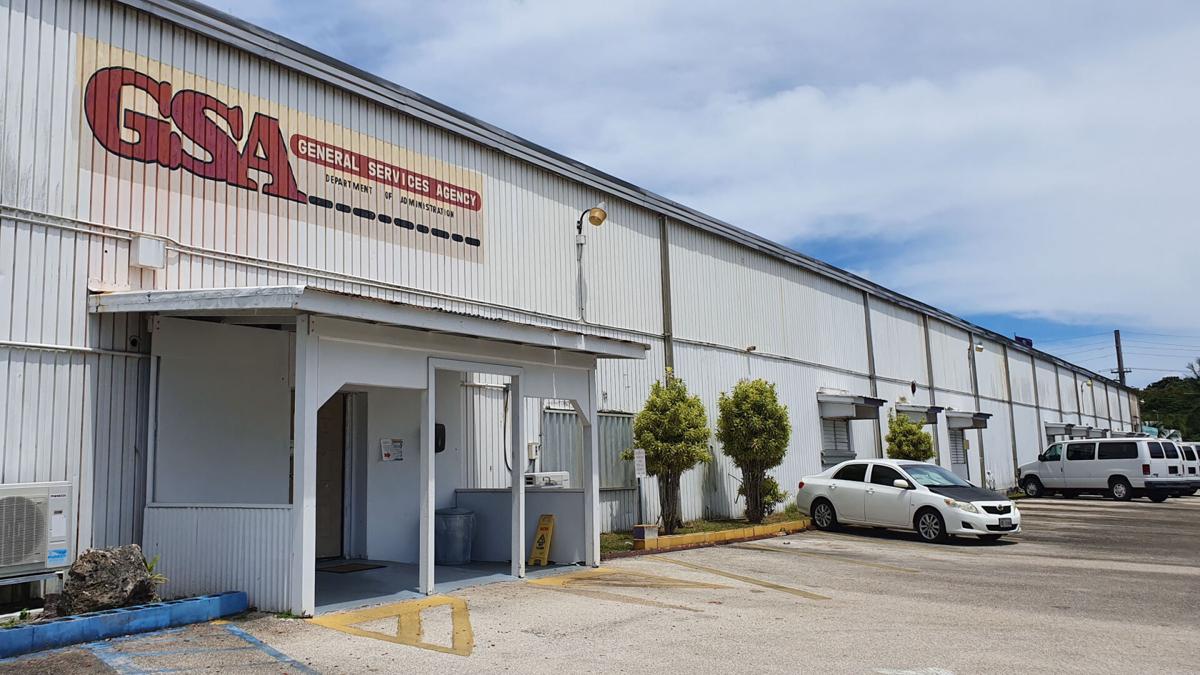 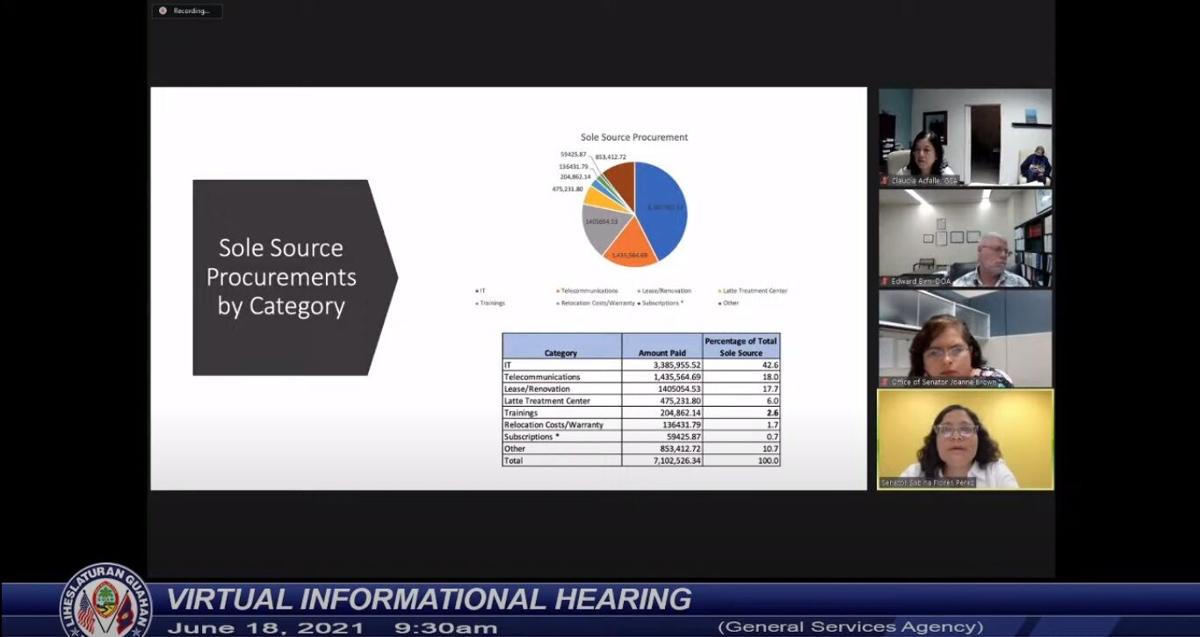 BREAKDOWN: A pie chart depicting sole-source procurement in 2020 is presented by Sen. Sabina Perez at a June 18 legislative virtual hearing. Perez recently introduced a bill that tightens up the process, which the measure alleges is "often misused." Screenshot from hearing

BREAKDOWN: A pie chart depicting sole-source procurement in 2020 is presented by Sen. Sabina Perez at a June 18 legislative virtual hearing. Perez recently introduced a bill that tightens up the process, which the measure alleges is "often misused." Screenshot from hearing

Editor's note: This is the first of a multipart series on how the Government of Guam bought items and services using shortened procurement processes during the ongoing COVID-19 pandemic.

The government of Guam spent nearly $8 million on sole-source procurement in 2020.

Local law allows for departments and agencies to purchase supplies and services without a competitive bid process, as long as a high-level manager certifies in writing "there is only one source for the required supply, service or construction item."

More than half of the money spent on sole-source procurement was used for information technology or telecommunications purposes, according to a committee hearing report recently filed by the Guam Legislature.

Sole-source procurement in 2020 was paid using federal and local funds.

The document was published following a June hearing convened by Sen. Sabina Perez, who has oversight of GovGuam procurement, including the General Services Agency – the government entity that handles purchasing and contracts for most of the local executive branch. The agency provided information to Perez's committee for contracts and purchases made last calendar year, which was made public via its report.

Perez's committee found "the procurement record shows an inconsistency in documents provided by agencies with some incomplete records ... which will be rectified by GSA." It recommended that procedures be revamped, including allowing for the use of electronic signatures during the sole source procurement process.

"More transparency and accountability are needed, regarding procurement in general. With sole-source and emergency procurement being used for an 'easy' or 'quicker' way, those methods of source selection don't allow for the best value," the committee wrote in its report.

Perez has introduced legislation proposing reforms to the sole-source method.

Bill 182-36, co-sponsored by a bipartisan group of senators, argues the process "may not be understood and often misused." If passed as introduced, sole-source contracts will be capped at a maximum of five years.

The measure additionally requires GovGuam employees to better justify the use of the sole-source method, including a detailed analysis of the government's needs for the product or service, and "the findings of a thorough market research and conclusion that there is no other source which will satisfy the government need." Purchase orders valued above $50,000 will need to be publicly reported within 14 days of the contract being finalized.

According to the information provided by GSA, sole-source purchase orders authorized over $50,000 include:

• $491,553.96: Software subscription and technical support for a tax valuation program

• $212,501: Uninterruptible power supply upgrades for the Office of Technology

• $101,477: A continuation of modeling work that has developed tsunami hazard maps

• $96,943: License and support of the DRT transaction processing system

• $75,000: Programming and technical activities to be able to verify "employment data against the national directory of new hires"

• $64,448: Maintenance and support for the for 2 IBM series Power 7 computer systems

During the hearing, Claudia Acfalle, GSA's chief procurement officer, said sole-source procurement is also allowed to purchase emerging technology and equipment to see if it works "for our environment." An initial purchase order can be cut using the sole-source method in order to conduct "trial testing," but any future purchases would be made using the competitive process, she said.

She also pushed back during the hearing on criticism the agency has not provided timely information on this type of procurement to senators.

"Why are you guys still alarmed today? Of course, you've got to realize the pandemic happened. Right and that's why everybody now is up in arms about it, but I've been submitting it to the Legislature, why now is it such a big thing? Was the Legislature not watching it? And now becomes a big issue," she said to lawmakers at the June hearing.