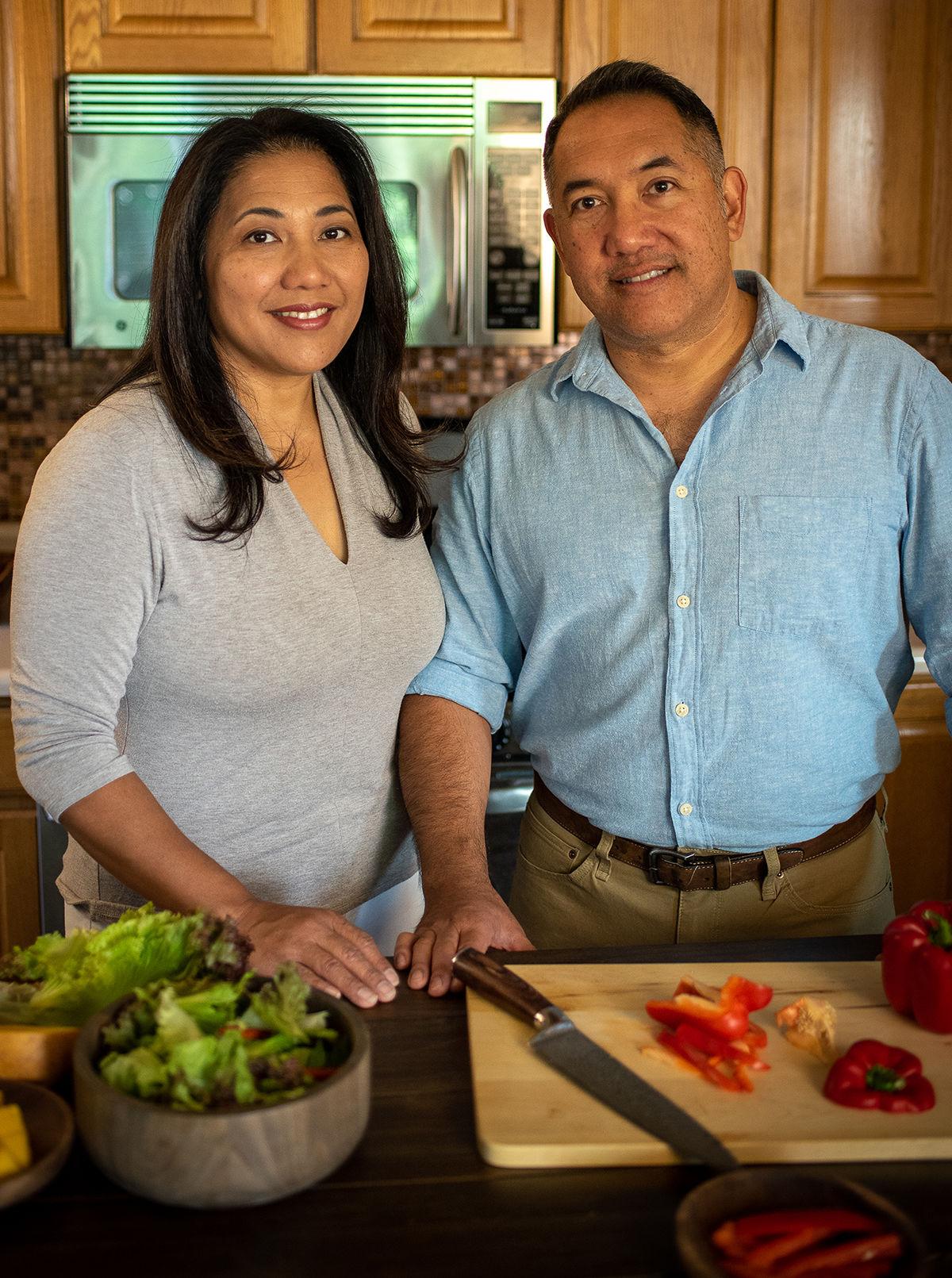 A LOVE FOR FAMILY: Former Guam residents Mary and Gerard Aflague co-authored  “CHAMORU CUISINE: A Marianas Cultural Legacy" – a tribute to their parents and their pride in their culture and traditions. The book is available for preorder online. Photo courtesy of Gerard Aflague 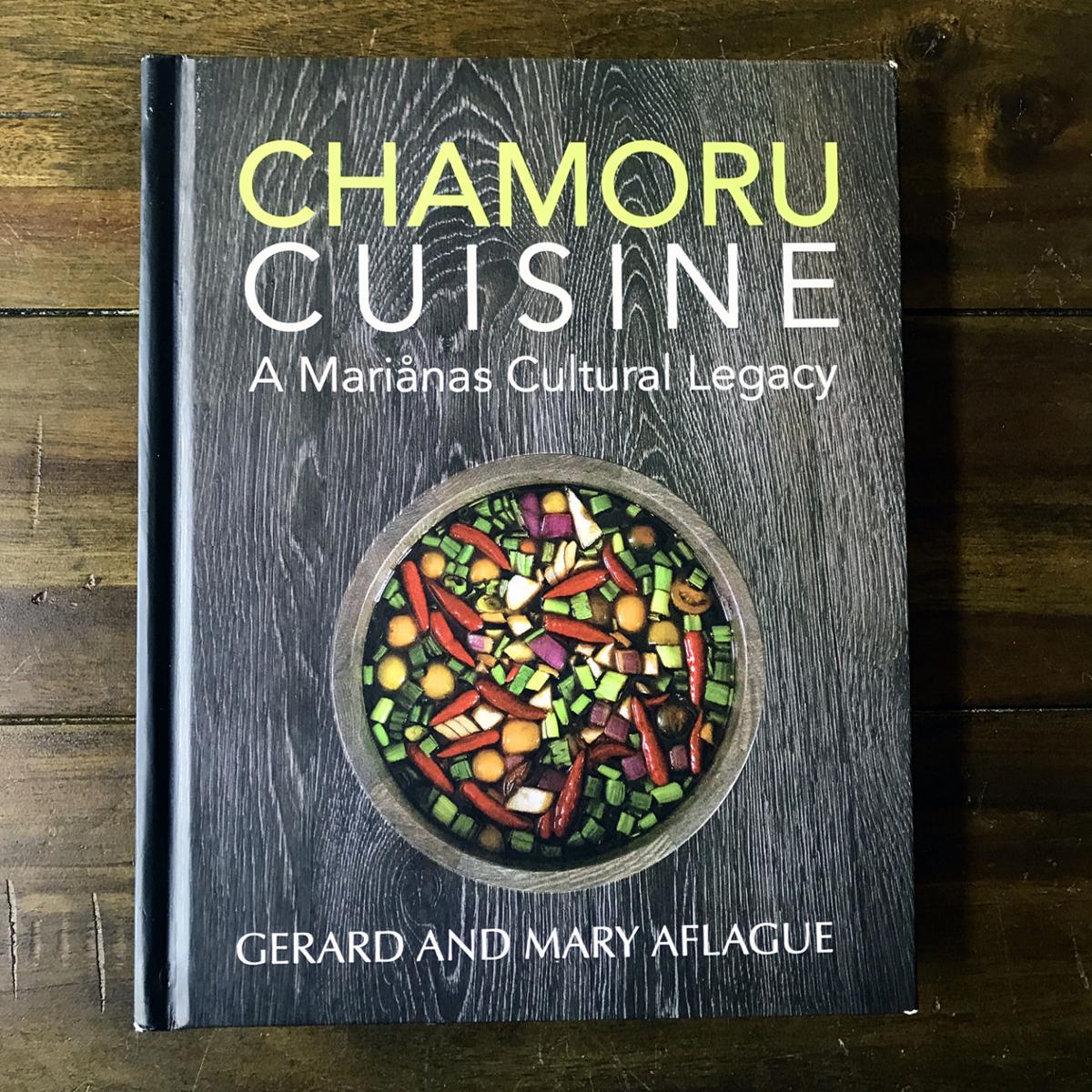 A LEGACY PROJECT: “CHAMORU CUISINE: A Marianas Cultural Legacy," co-authored by Mary and Gerard Aflague is available for preorder and slated to begin distribution in late spring. Photo courtesy of Gerard Aflague 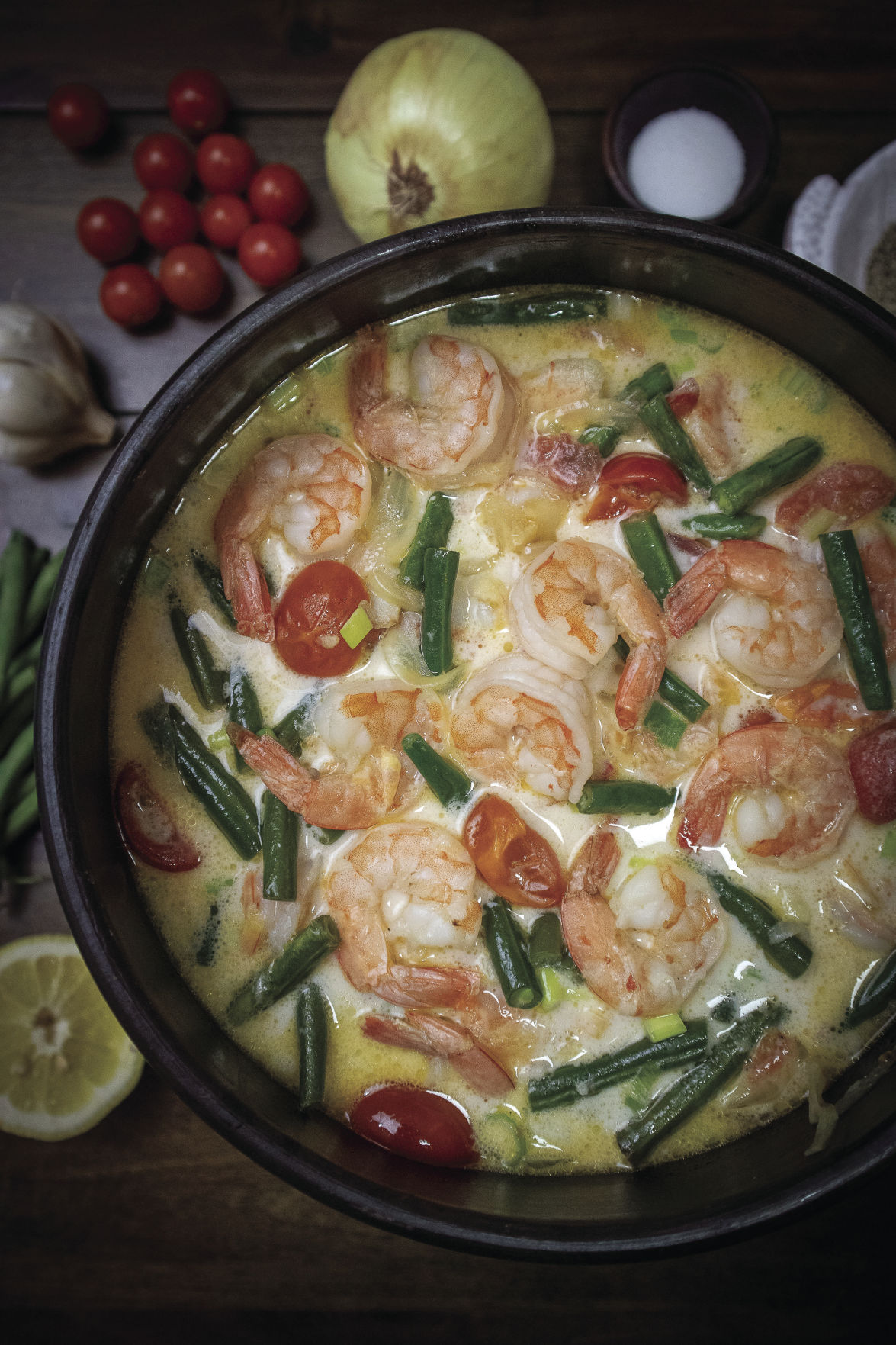 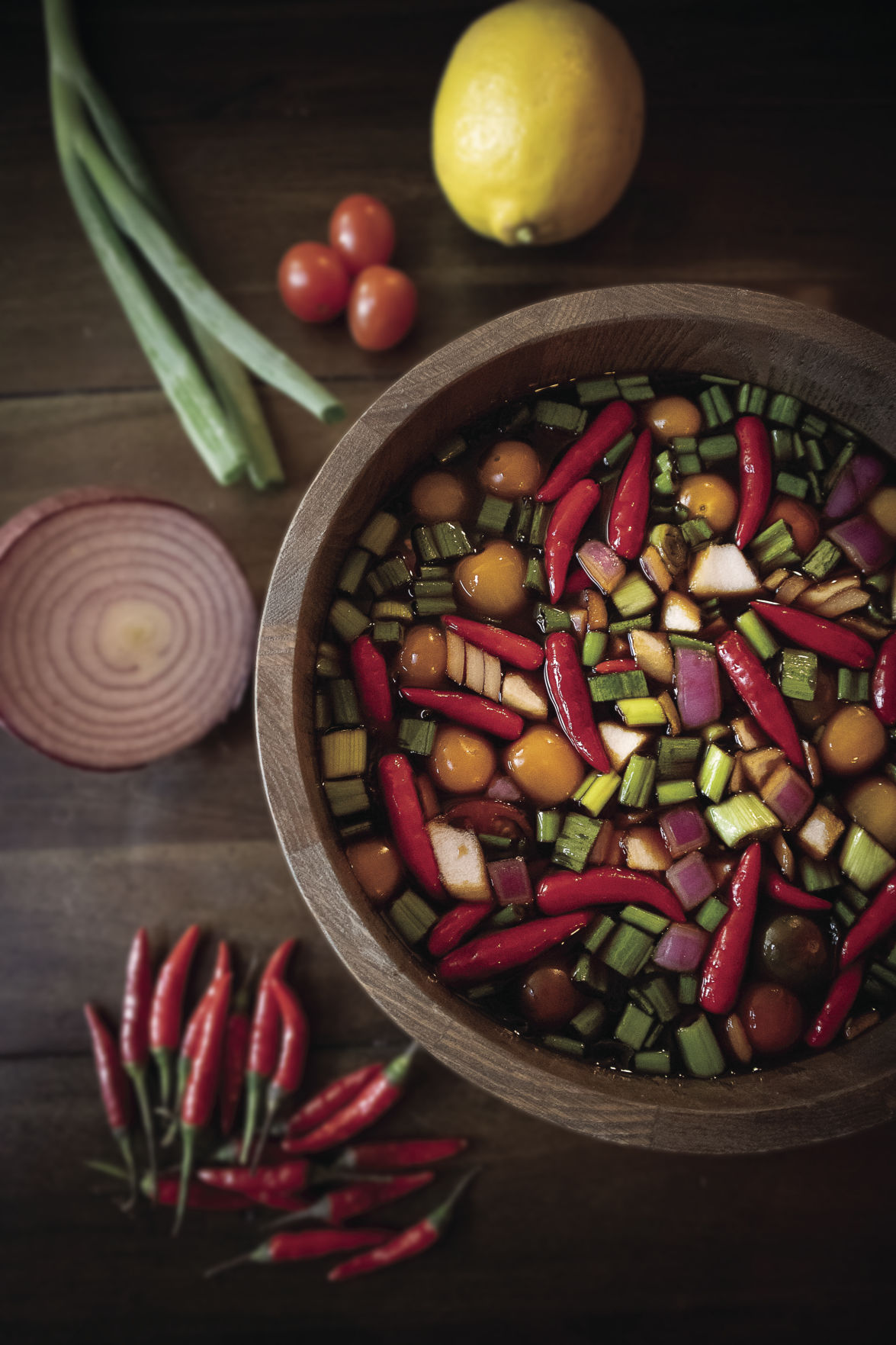 A LOVE FOR FAMILY: Former Guam residents Mary and Gerard Aflague co-authored  “CHAMORU CUISINE: A Marianas Cultural Legacy" – a tribute to their parents and their pride in their culture and traditions. The book is available for preorder online. Photo courtesy of Gerard Aflague

A LEGACY PROJECT: “CHAMORU CUISINE: A Marianas Cultural Legacy," co-authored by Mary and Gerard Aflague is available for preorder and slated to begin distribution in late spring. Photo courtesy of Gerard Aflague

Fueled by a love for island cuisine and a rich pride in their heritage, two former Guam residents are gearing up for the release of a two-year vision made into reality – “CHAMORU CUISINE: A Marianas Cultural Legacy.”

For Gerard and Mary Aflague, who now reside in Colorado, the project encompasses their desire to document a legacy gifted to them by Gerard’s parents, Lorenzo and Julia Aflague.

Pairing culture and cuisine, Gerard Alfague said, allowed their vision for a legacy book to take shape. No ordinary cookbook, he hopes the 424-page hardcover edition will become a valuable reference for families and communities all over the world to enjoy and learn from – an experience he and his wife embraced as they created their book.

Embossed and rich with island imagery, the cookbook is the physical embodiment of the couple’s fascination with food, their knack for storytelling, their love for family and their pride in an island that will always be home,

"Our book was a labor of love, a passion project, and commitment to sharing our story of CHamoru culture and more. We could not be more happy on how this book turned out,” said Gerard Aflague, who, along with his wife, has co-authored more than 100 books and educational resources that have been printed in several countries and sold in large chains in the United States.

Inspired by a visit home

The passion project was inspired by a visit home in 2017 when the couple returned to care for Lorenzo and Julia Aflague – both of whom had fallen ill. After years of living in the mainland, Gerard and Mary Aflague said they were reminded anew of the power of family and the inherent strength in being part of the island. The daily visits and rounds of local dishes from family and friends who came around to lift the couple up in their time of sorrow was a powerful testament, Gerard Aflague said, and they didn’t want to lose that bond.

They returned home, Gerard Aflague said, determined to “preserve these cultural values that could otherwise be lost.”

In their legacy book, the Aflagues share more than 100 CHamoru recipes gleaned over the years from Gerard’s parents and infused to their tastes. After decades experimenting with a variety of fiesta and home-cooked recipes, the couple say they’ve chosen some of their favorites to share.

It’s more than a cookbook, Gerard Aflague says, adding the book offers a peek into their family and the history of the island itself.

Filled with stories of hardship from World War II, intimate family moments at the dinner table and recipes honed over the years, the book aims to capture the essence of “CHamoru culture that they experienced across the Mariana islands,” he said.

Each recipe is accompanied by short cultural narratives, punctuated by historical tidbits about CHamoru cuisine and beautifully laid out with the Aflagues’ penchant for artistry and creativity in mind.

Interwoven through all the pages is the love for family, the importance of tradition and CHamoru values they have embraced and taught to their children. They want those values to transfer to their readers through the book – a testament to the role food and eating together play in the CHamoru culture.

"Like a beautiful dance carefully orchestrated with thousands of timed elements, we designed a book that incorporates thousands of elements to choreograph a culinary dance on paper for all to enjoy,” said Mary Aflague.

According to the Aflagues, the book was a collaboration that involved numerous discussions with many different people, but was helped to its eventual reality with the help of CHamoru cultural and linguistic consultant Joey Franquez from the University of Guam and Victoria-Lola Leon Guerrero from the UOG Press.

The book has already received national recognition, recently being selected by the Gourmand World Cookbook Awards. In June of 2020, assuming the global coronavirus pandemic subsides, the couple plans to receive their award and present their CHamoru recipes at a cooking booth in Paris, France, later this year, Gerard Aflague said via email.

“We hope that this book will become a cultural treasure not only for the Marianas people, but also for tourists, military members, and for family abroad,” said Gerard Aflague.

For more information and to purchase the book, log onto ChamoruCuisine.com.

On Thursday, the Aflagues promised to share one of their favorite recipes for us to try at home. Pick up The Guam Daily Post for our second session with the Aflagues.

Autographed copies can be preordered on ChamoruCuisine.com. Cost is $44.95 plus $12 for shipping and handling. To contact the authors, reach them via email: sales@gerardaflaguecollection.com. Check them out on FB or IG: GerardAflagueCollection