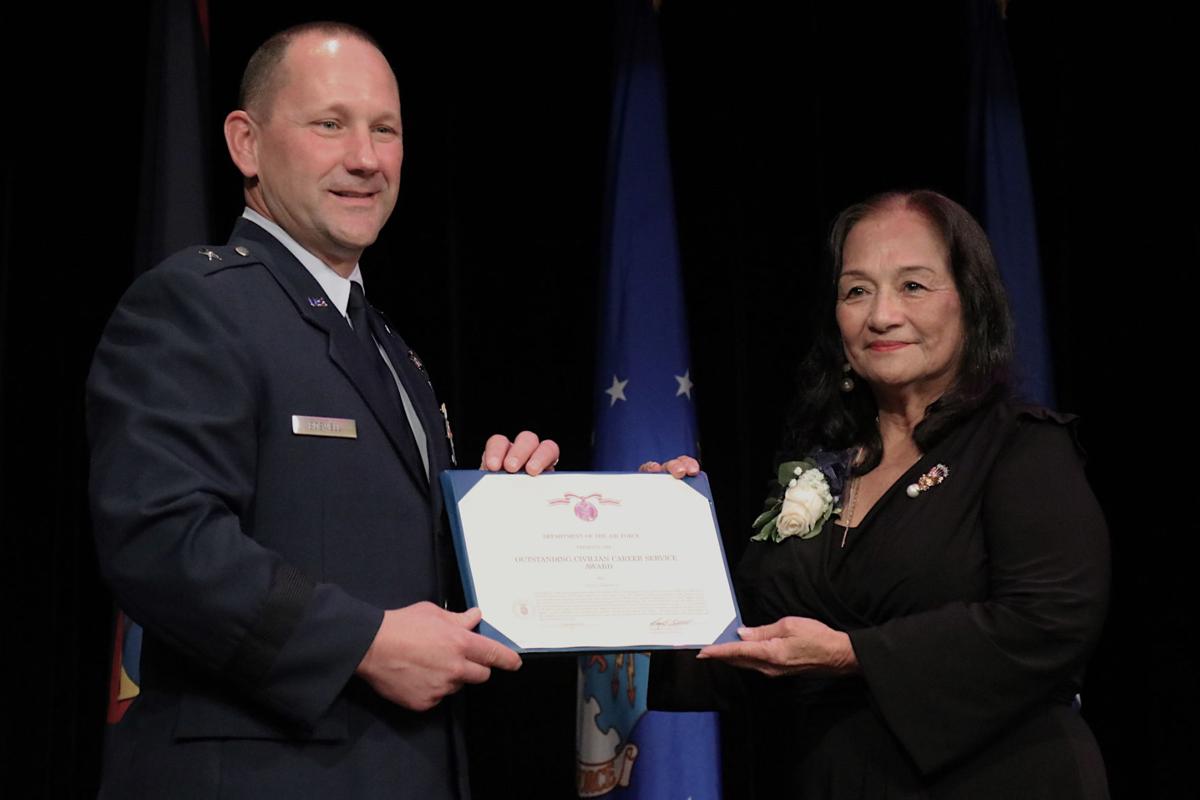 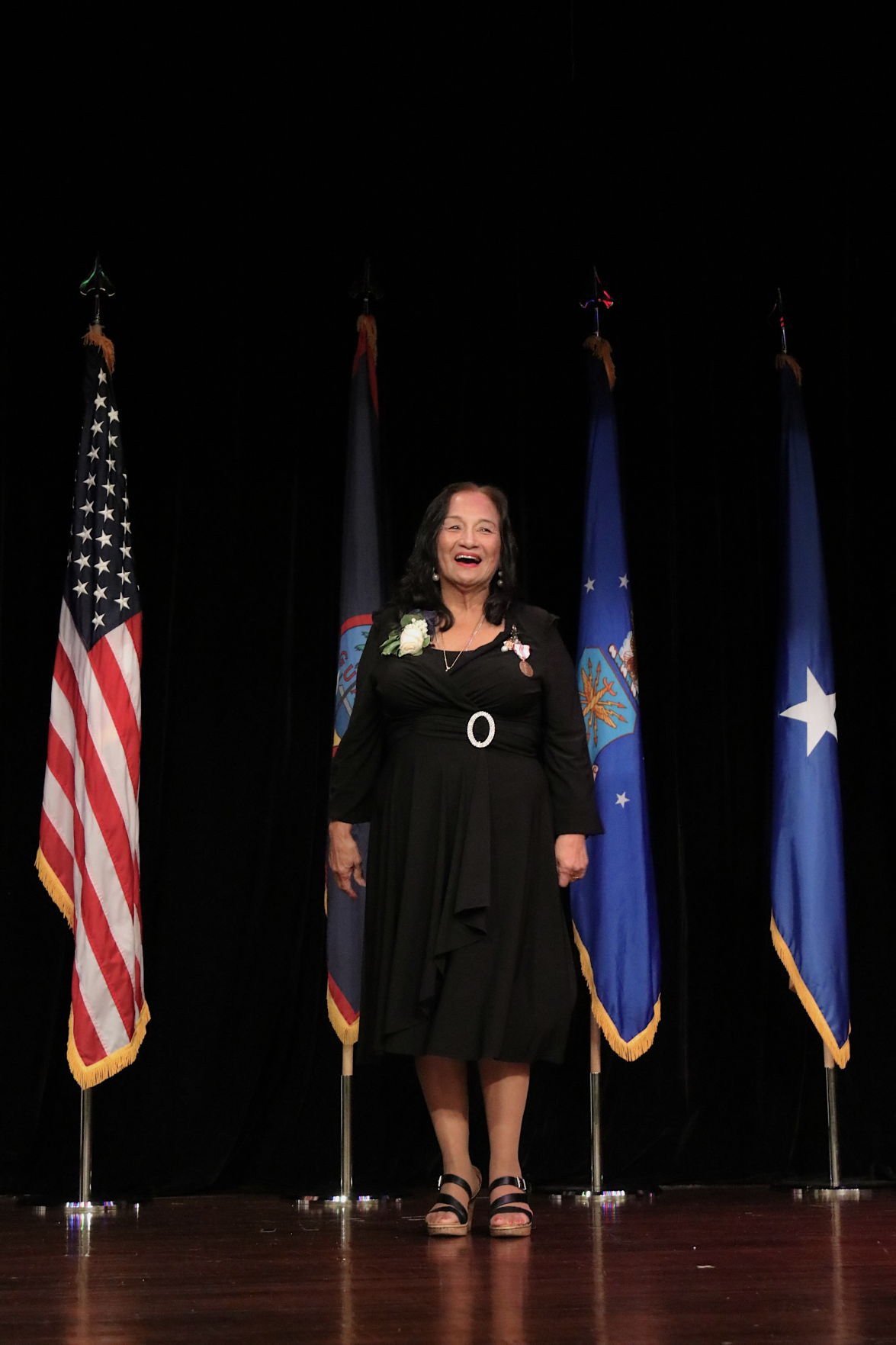 ALL SMILES: Joyce Martratt is all smiles as she stands front and center as she is recognized during a retirement ceremony held to honor her 54 years of service to the United States Air Force. Dontana Keraskes/The Guam Daily Post

ALL SMILES: Joyce Martratt is all smiles as she stands front and center as she is recognized during a retirement ceremony held to honor her 54 years of service to the United States Air Force. Dontana Keraskes/The Guam Daily Post

In a room filled with friends, family and airmen – a room full of people who know her as "Momma Joyce" – Joyce Martratt was honored and celebrated Wednesday for her 54 years of service to the Air Force.

At Martratt’s retirement ceremony at the Hilton Guam Resort & Spa, Brig. Gen. Gentry Boswell, the 36th Wing Commander, highlighted her years in military service as she rose from being a clerk typist in December 1965 to working as a secretary under multiple commanders.

"There are many types of wealth in this world. Nothing compares to the wealth of relationships and awards that we see in our service," Boswell said. "Above all, the foundation of all her heart and service is her faith, her personal relationship with the lord, and that's what drives her every day.”

During the ceremony, Martratt was met with heartfelt video messages from friends and family from across the ocean. Among them was her son David Leddy, who remembered his mother as always dedicated and hardworking.

"If there was a picture (on Wikipedia) for work ethic, commitment and dedication to one's to employment, it'll be a picture of you, Mom," Leddy said. "Mom, you are the greatest woman in the world in our eyes, and we are so fortunate and blessed to have you as mother, grandmother, great-grandmother in our lives."

As Martratt looked across the hall, she said she had the sudden urge to hug each and every person in the room, to thank them for being there as she embarks on her next journey in her life.

Throughout her 54 years of service, she has received over 200 letters of appreciation for her involvement in numerous military events, served the church as a children's catechist from 1986 through 1997, and also worked under 40 Air Force leaders.

Martratt’s motto, "To use the gifts from God in service and love to make a difference, always in glory of His name."