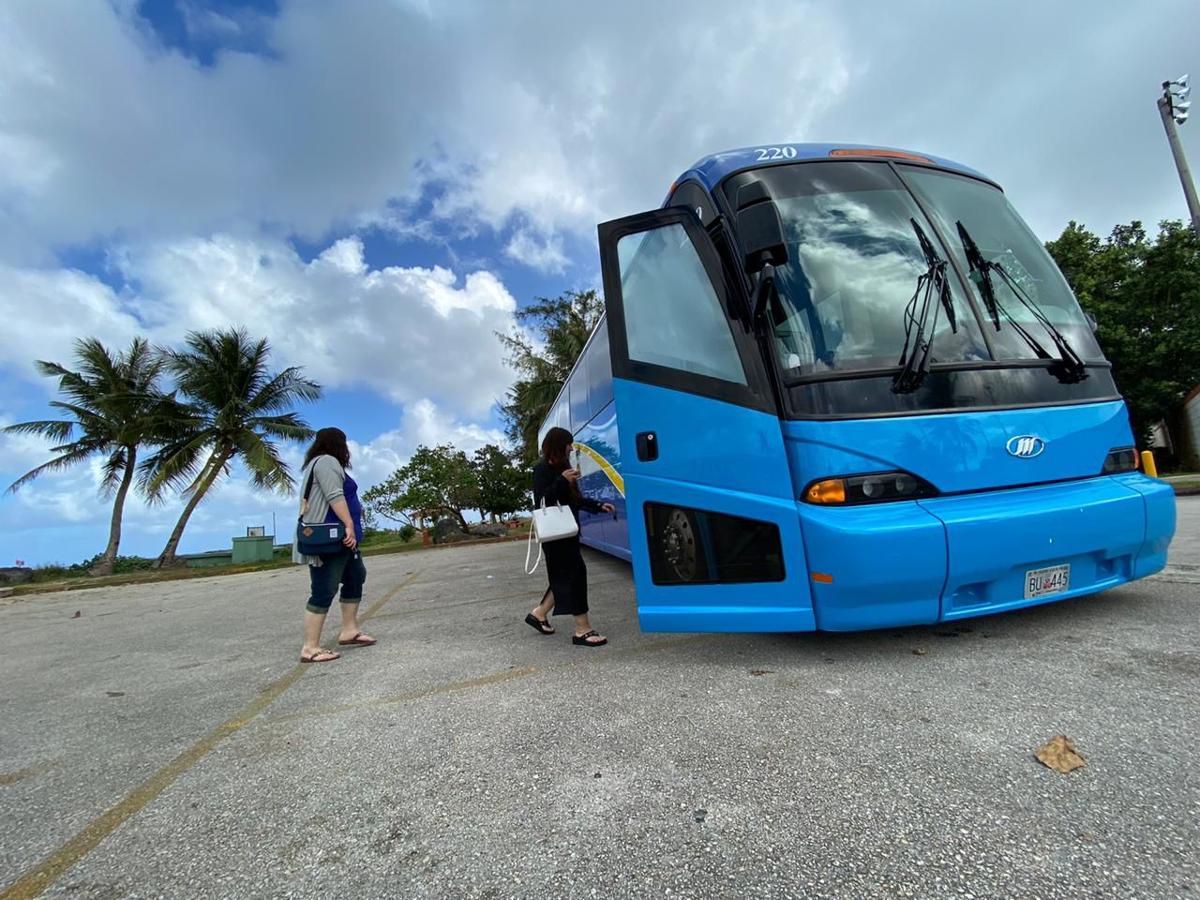 VISITORS: A pair of visitors board a sightseeing bus at Paseo on Wednesday. Many local businesses, particularly in the tourism and service industries, are feeling the impact of fewer visitors. Dontana Keraskes/The Guam Daily Post 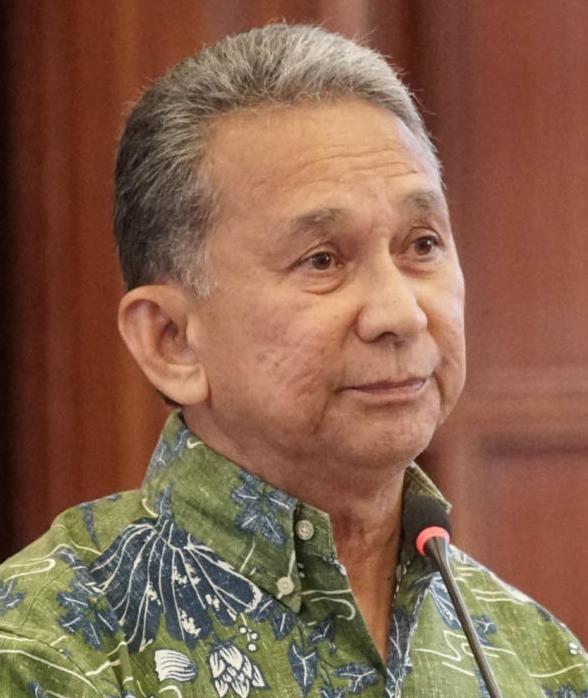 With declining revenues from flight cancellations in light of fears from the new coronavirus, the A.B. Won Pat International Airport is looking at ways to cut its spending by 15%.

There have been 107 flight cancellations for the period between Feb. 14 and March 28, according to Airport Executive Manger Tom Ada.

This translates to about 11,000 lost airline seats. The airport loses about $12 in fees from each passenger who doesn't land on Guam, and each flight canceled equates to $5,000 in landing charges not collected, according to Ada. The impact on the airport so far is about $300,000, he added.

Ada said cost reduction initiatives include closely scrutinizing overtime and limiting travel to only essential cases. Some capital improvement projects may also need to be deferred, but employees won't be affected, Ada said.

"We won't be laying off employees. In fact, I think the airport staffing is pretty lean, to begin with. So despite the fact that we're looking at a 15% budget cutback, we cannot compromise security at the airport. So we still need our police on full force. We cannot compromise the safety of this airport. So our fire department has got to remain fully manned," Ada said. "And of course, the ability for the airlines to continue to operate and service their flights coming in and out, we gotta continue to support that."

It's not just the airport that's feeling the pinch in revenues.

One tour group employee told The Guam Daily Post that since the onset of the 2019 novel coronavirus outbreak, they've seen fewer customers - even less than half of the number of tourists they typically see about this time of year. For example, typically, they'd have about 40 to 50 people on a bus to go sightseeing. Earlier this week, they had as few as 17 people on the bus.