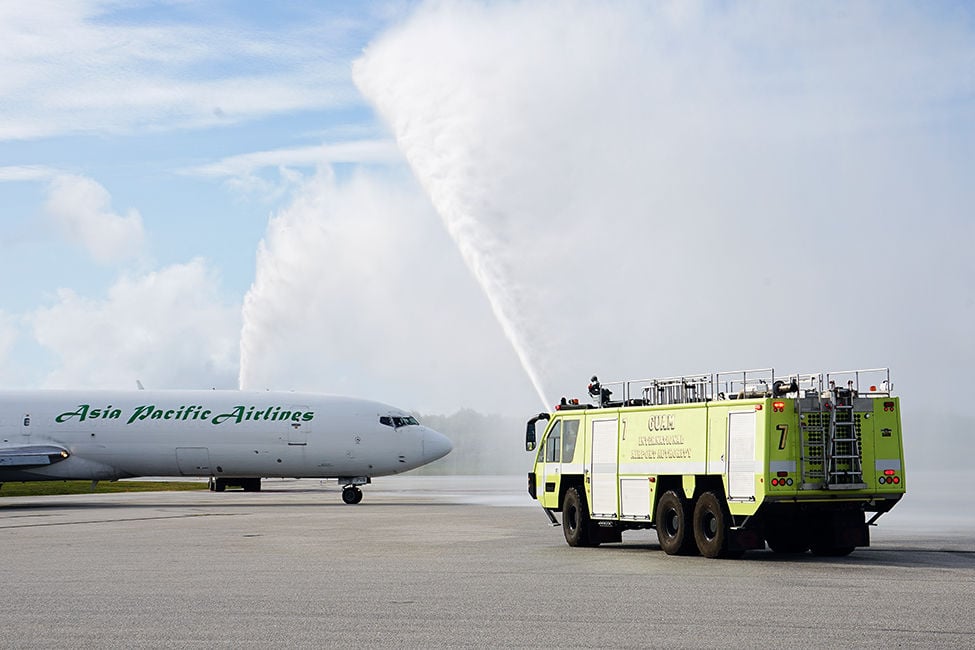 CEREMONY: Asia Pacific Airline's last 727 freighter is given a water salute before taking off the tarmac at the Guam International Airport Authority on Saturday. Haruo Simion/The Guam Daily Post 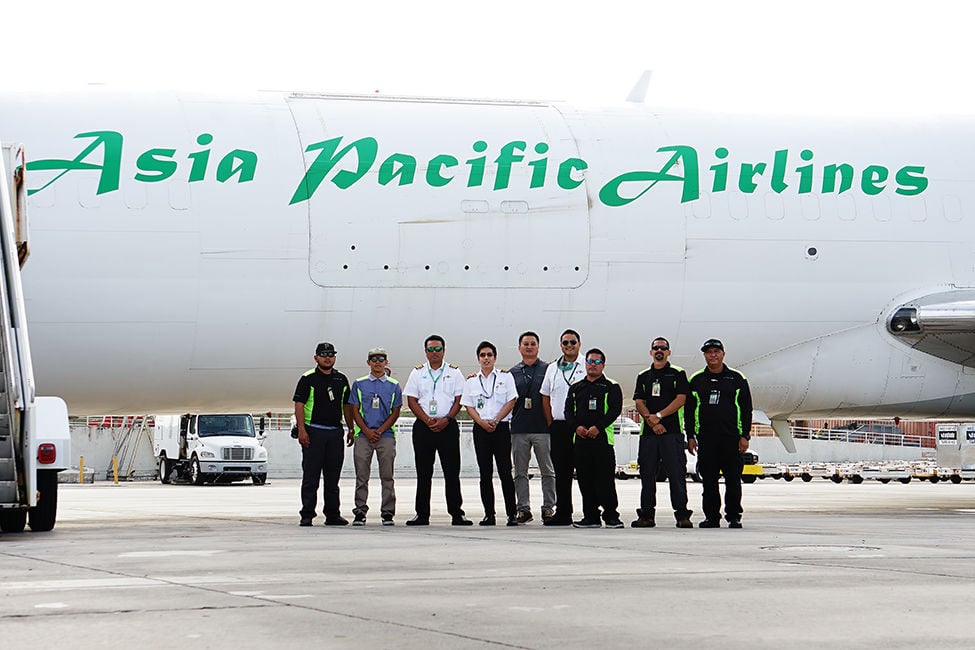 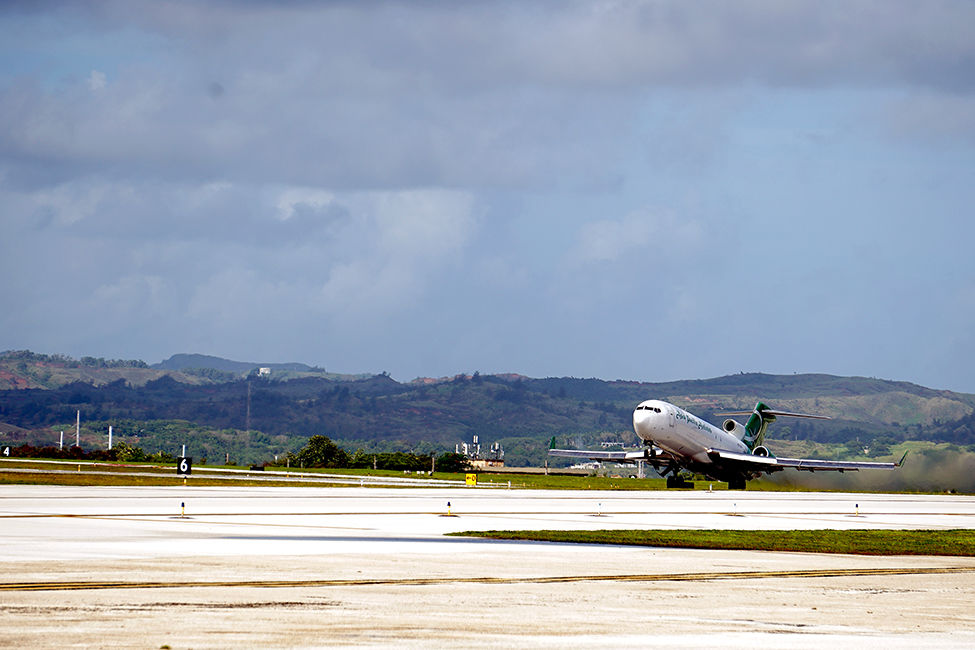 DOWN THE RUNWAY: An Asia Pacific Airline 727 freighter takes off from an A.B. Won Pat Guam International Airport Authority runway in June. The airport is holding a groundbreaking ceremony for a runway rehabilitation project next week. Post file photo.

CEREMONY: Asia Pacific Airline's last 727 freighter is given a water salute before taking off the tarmac at the Guam International Airport Authority on Saturday. Haruo Simion/The Guam Daily Post

DOWN THE RUNWAY: An Asia Pacific Airline 727 freighter takes off from an A.B. Won Pat Guam International Airport Authority runway in June. The airport is holding a groundbreaking ceremony for a runway rehabilitation project next week. Post file photo.

Water from firetrucks arced over one of the region’s last Boeing 727s as it taxied down the runway at the A.B. Won Pat International Airport for the last time.

Zar Atalig, director of technical services at Asia Pacific Airlines, said that for more than a decade, their small fleet of aircraft have brought long-haul cargo to Guam, such as Amazon.com orders and other U.S. Postal Service mail, as a contractor for United Airlines. Their fleet services the islands throughout the Pacific.

APA is an FAA part-121 supplemental all-cargo carrier, headquartered on Guam, making the airline the westernmost U.S. part-121 based carrier, according to the company’s website. APA is a wholly owned subsidiary of Tan Holdings Corp.

According to General Manager Edward Cho, the plane, which will be brought to Arizona, is being replaced by 757s, noting: “The significance of that is the progression from the old APA to the new ... we’re growing and building.”

Atalig said the needs of the region have increased and, as such, the “demand of cargo in our area has pushed us to go into a larger airplane.”

Atalig said the 727s have been replaced by 757s, which can carry 30 tons more than the older model aircraft.

“Just now with the things that are happening today, there’s more pressure because there’s an increased need again – with FEMA supplies, masks and all that. We’ve been hauling those into Guam,” he said.

He said the airline’s 75 employees represent the regions the airline services.

Matanane noted he and his fellow crew members started flying on this particular 727 about 10 years ago. There’s a sense of pride he carries knowing he and this particular crew have flown the plane throughout the Pacific – serving as a lifeline in providing goods to the islands he calls home.

“This airplane has been around so long it has done its job, it’s a great plane for aviation lovers and enthusiasts, it’s going to be sad to see this airplane go,” he said.

Nagano said they’ve flown the 727 through all the neighboring islands, from Guam’s neighbor to the north, Saipan, and out east to Majuro, Kwajalein and Hawaii. He added that while the newer 757s are easier to fly, the 727s are “like analog, it’s hard to fly but it’s fun to fly.”