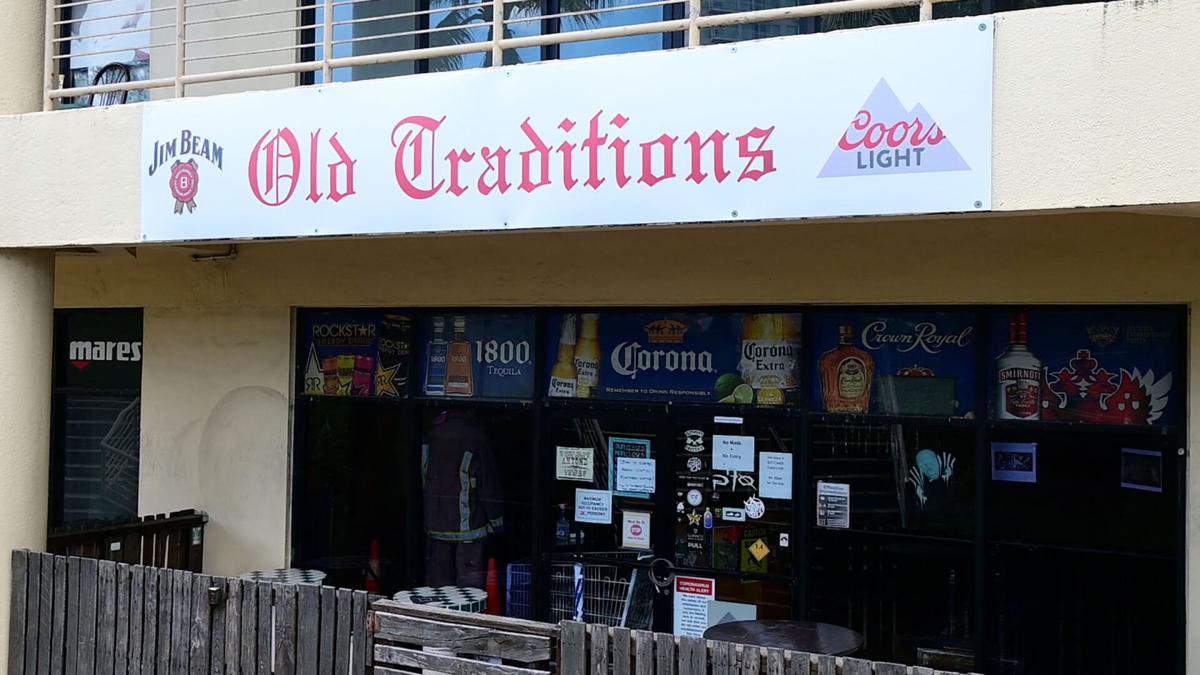 CLOSED: Old Traditions in Tumon is shown on Sept. 9. Bars and taverns remain closed under Pandemic Condition of Readiness 1, even as most businesses have reopened or are set to reopen, including bingo halls and game rooms. David Castro/The Guam Daily Post 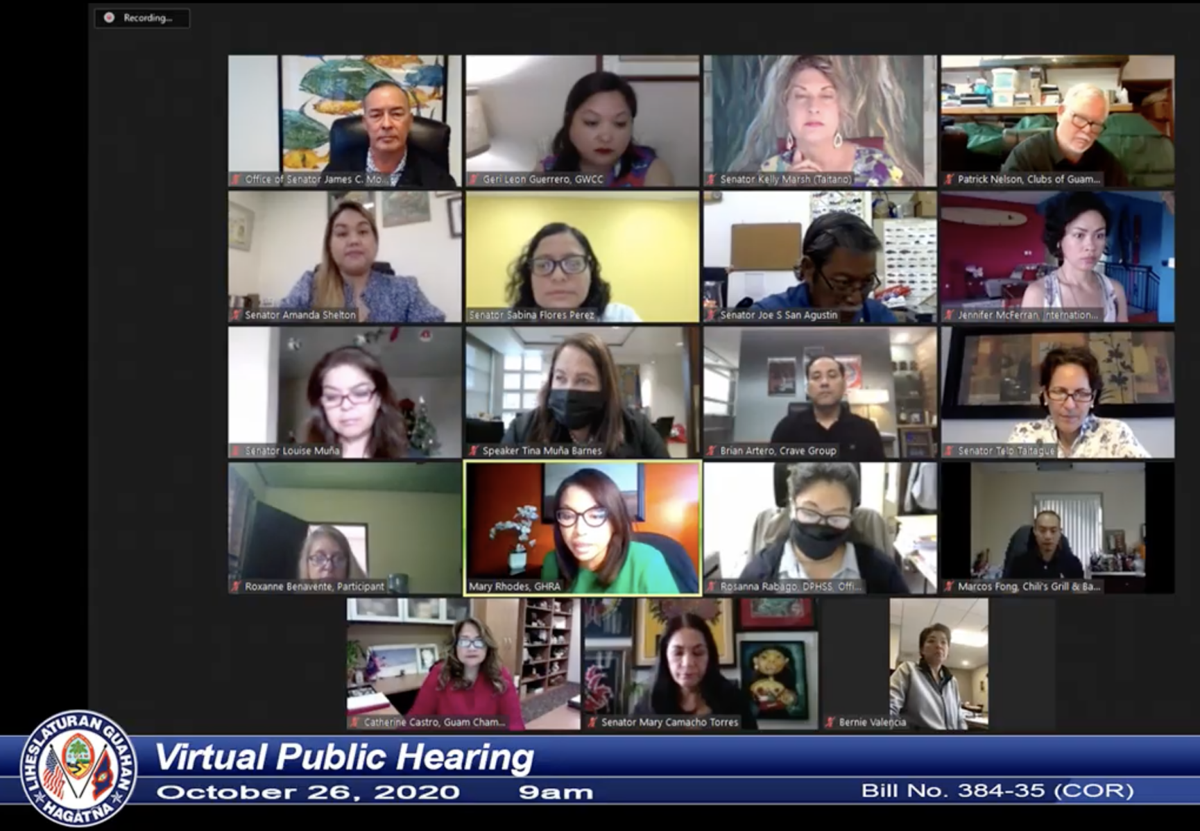 CLOSED: Old Traditions in Tumon is shown on Sept. 9. Bars and taverns remain closed under Pandemic Condition of Readiness 1, even as most businesses have reopened or are set to reopen, including bingo halls and game rooms. David Castro/The Guam Daily Post

A bill that aims to allow restaurants to sell alcoholic beverages to-go with meal orders wasn’t well received by everyone in the service industry.

Representatives of local bars, including Patrick Nelson and Roxanne Benavente, shared concerns about allowing residents to call in an order of food with an add-on of drinks because of the risk minors might be able to access such beverages, among other issues.

Sen. Sabina Perez, chairwoman of the Legislative Committee on Revenue and Taxation, held a public hearing for Bill 384-35 on Monday. Also attending the hearing were representatives from the Guam Hotel and Restaurant Association, Guam Chamber of Commerce, Women’s Chamber of Commerce, Alcoholic Beverage Control board, and Department of Public Health and Social Services.

Sen. Joe San Agustin introduced the bill, which also would allow alcoholic beverages to be sold or served by on-sale licensees by 7 a.m. Current law bans on-sale licensees from serving alcohol between 2 a.m. and 8 a.m.

The Women's Chamber of Commerce and GHRA reiterated during the hearing that alcohol sales offer high profit margins for restaurants because of shelf life and lower labor costs.

Nelson was concerned that the bill would help only one area of the service industry, while bars remain closed and unable to do any business.

Those in the night club business are hurting more than restaurants, he said, adding that the restaurants that have closed during the pandemic were struggling even before the pandemic. “There’s so many different reasons why these businesses are closed.”

Benavente said access to alcohol, whether it’s to minors or people of legal drinking age who may overindulge, may also become an issue if Bill 384 becomes law. She said employees at local bars are trained to ask for identification to show proof a customer is of drinking age and are also trained to keep people from overindulging.

“We’re going to end up with a bunch of drunk underage sailors strolling up and down Tumon,” she said, noting that delivery persons who work with a restaurant, or a third-party delivery service, can’t monitor customers and can’t provide the same service as trained bar employees.

Rey Llaneta, with the Alcoholic Beverage Control Board, acknowledged enforcement will be difficult for alcohol to go. “Restaurants selling takeouts is the same as stores selling takeout,” he said. “There are safety measures in place, … but once it leaves the restaurant, who knows? And that’s the same as a grocery store.”

Sen. Telo Taitague said perhaps there's a way to include bars in the legislation to help them survive the pandemic.

Mary Rhodes, with GHRA, said the bill doesn't exclude bars and the bill could provide an opportunity for bars to expand their services and reopen.

Rhodes added there is training for restaurant employees who handle alcohol. In response to Benavente’s comments, she added: “I think we have to be careful how we discuss this. Hotels have tourists, military and local residents staying in the hotels. And so, the laws apply to all of us.”

“And with regard to the military, I’ve worked with shore patrol when ships come in, and USO and Guam Police Department, and I can tell you they’re very well organized when it comes to dealing with situations when it comes to alcohol,” she said.

Rhodes noted that responsible consumption and sale of alcohol is a community issue, which is addressed by current laws, such as the The Responsible Alcohol Sales and Service Act. This law requires standardized server/seller classroom training for employees who serve or sell alcoholic beverages, or who supervise others who sell or serve alcoholic beverages, to be a requirement for obtaining an ABC Alcohol Employee License.

“That’s why we have the RASA Act in place,” she said. “It’s to ensure we protect the customer, our establishments … and all of our guests.”

“There are safety measures in place, … but once it leaves the restaurant, who knows? And that’s the same as a grocery store.”