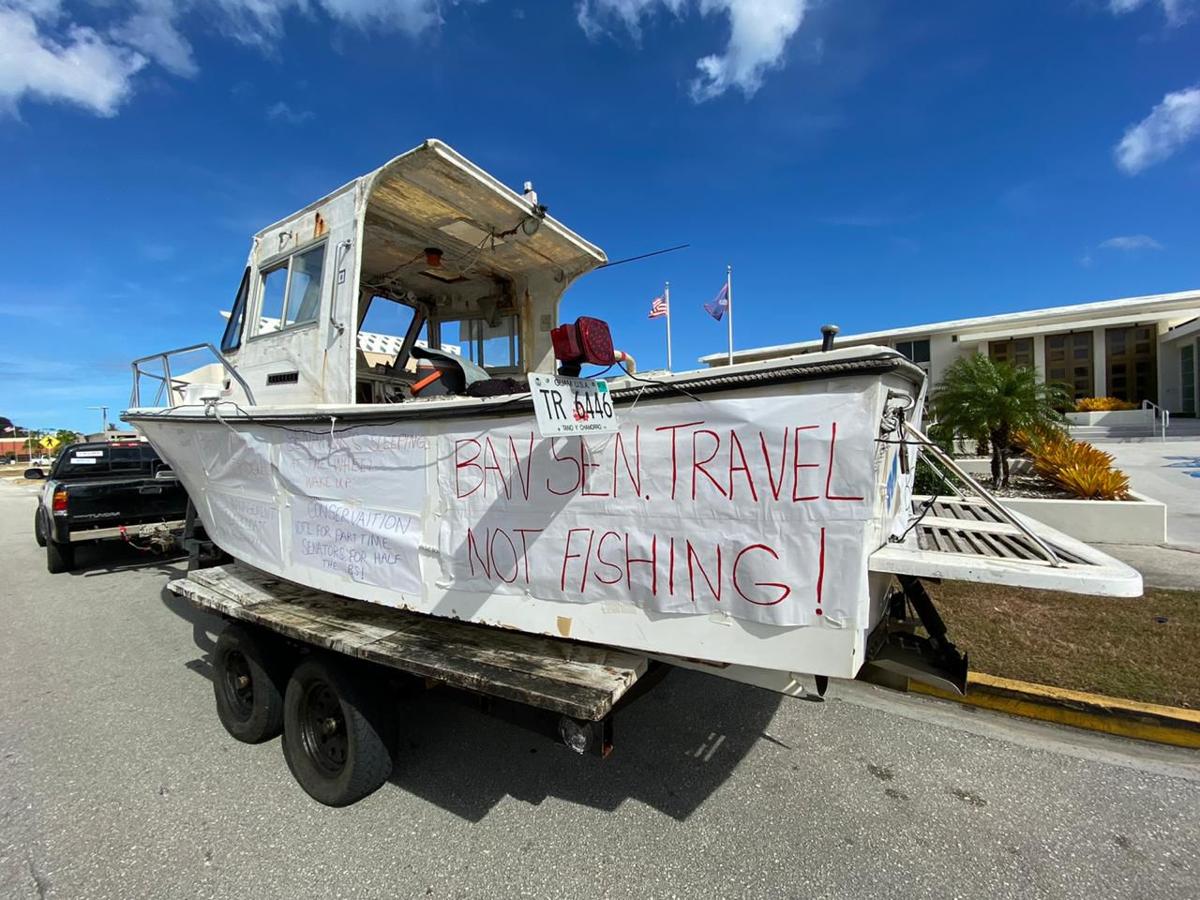 BAN: A group of fishermen who opposed Bill 53-35 brought boats with signs to the front of the legislature in protest. Senators passed the bill, which bans the use of scuba tanks while spearfishing, by a vote of 13-2. Dontana Keraskes/The Guam Daily Post 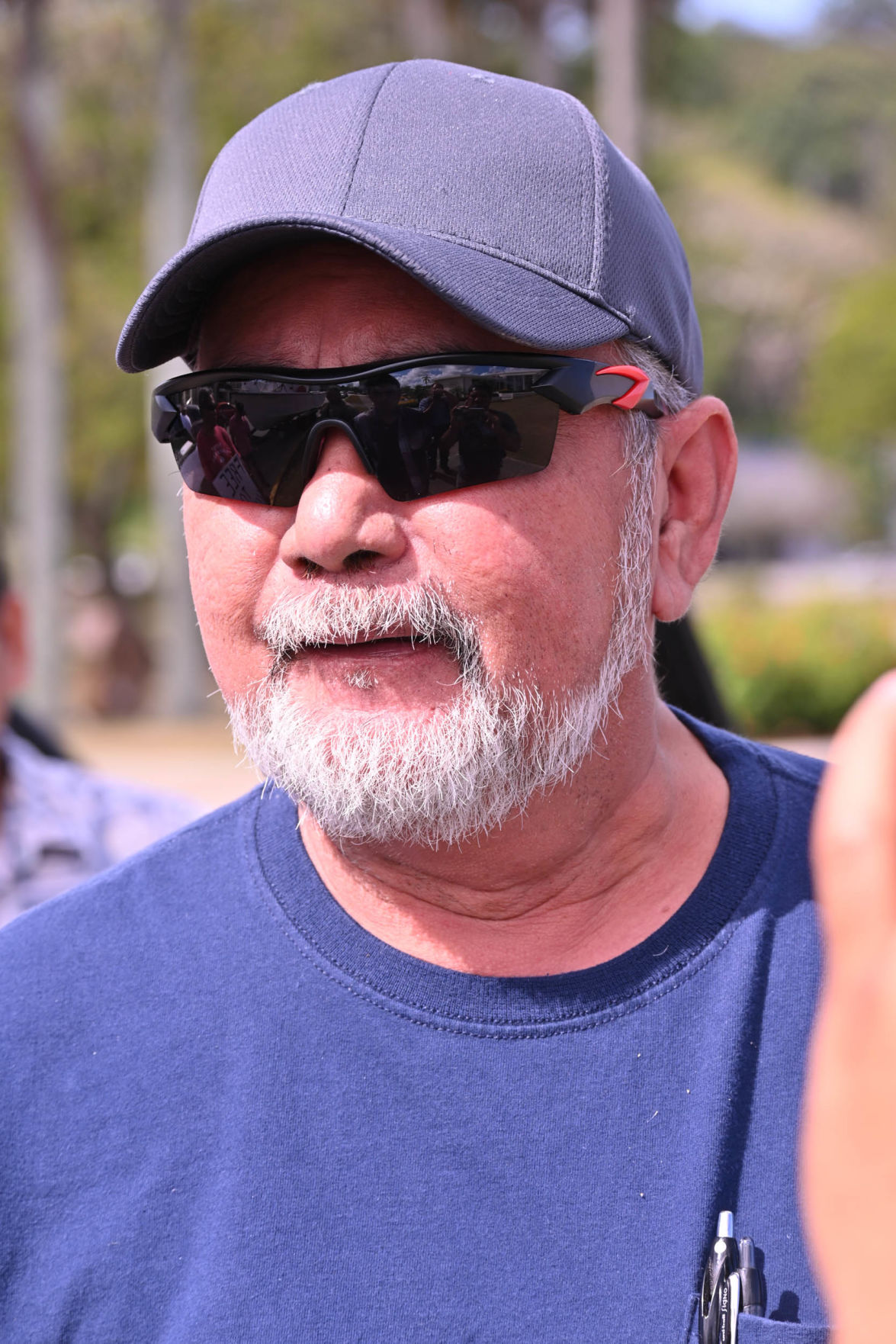 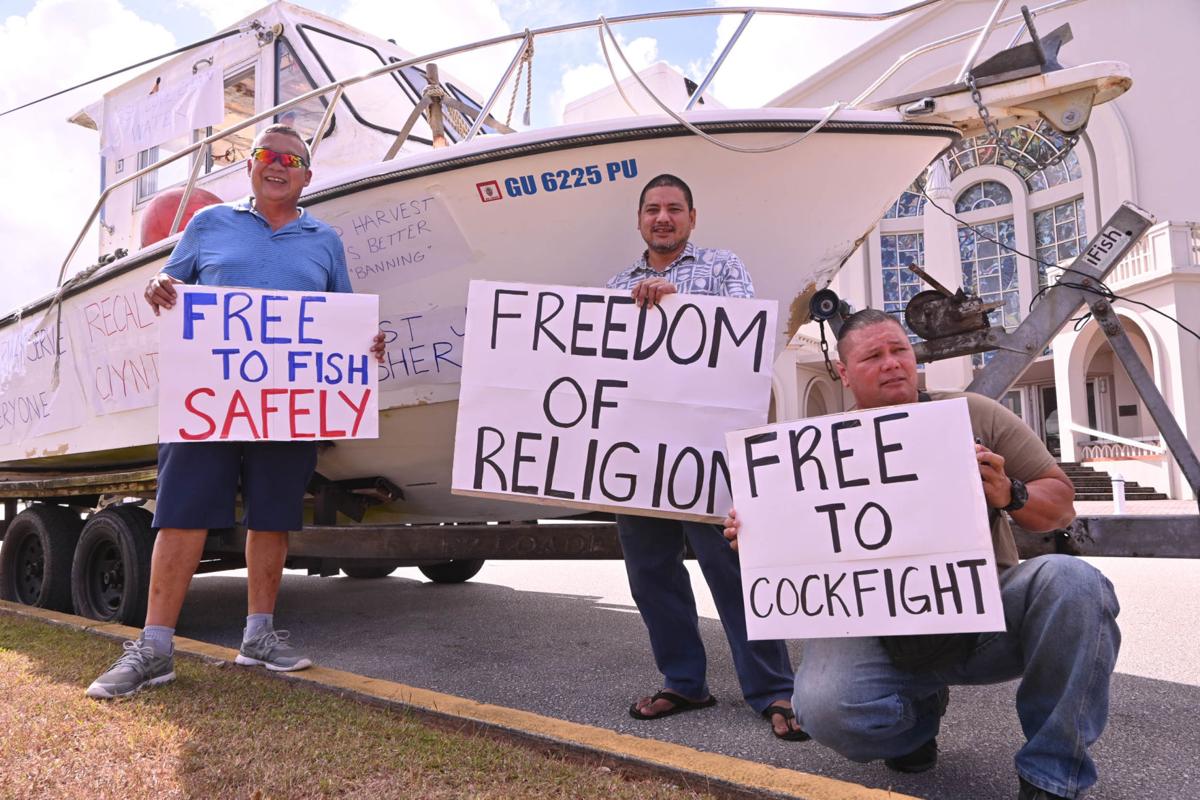 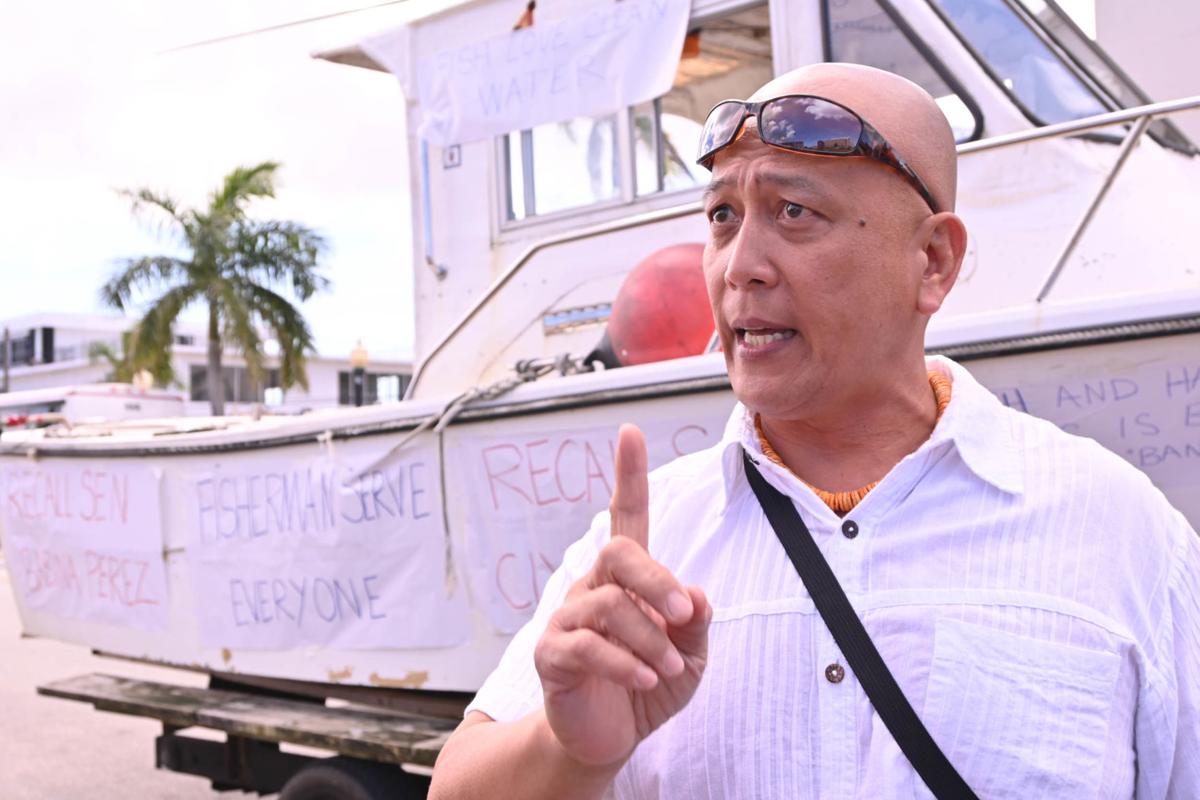 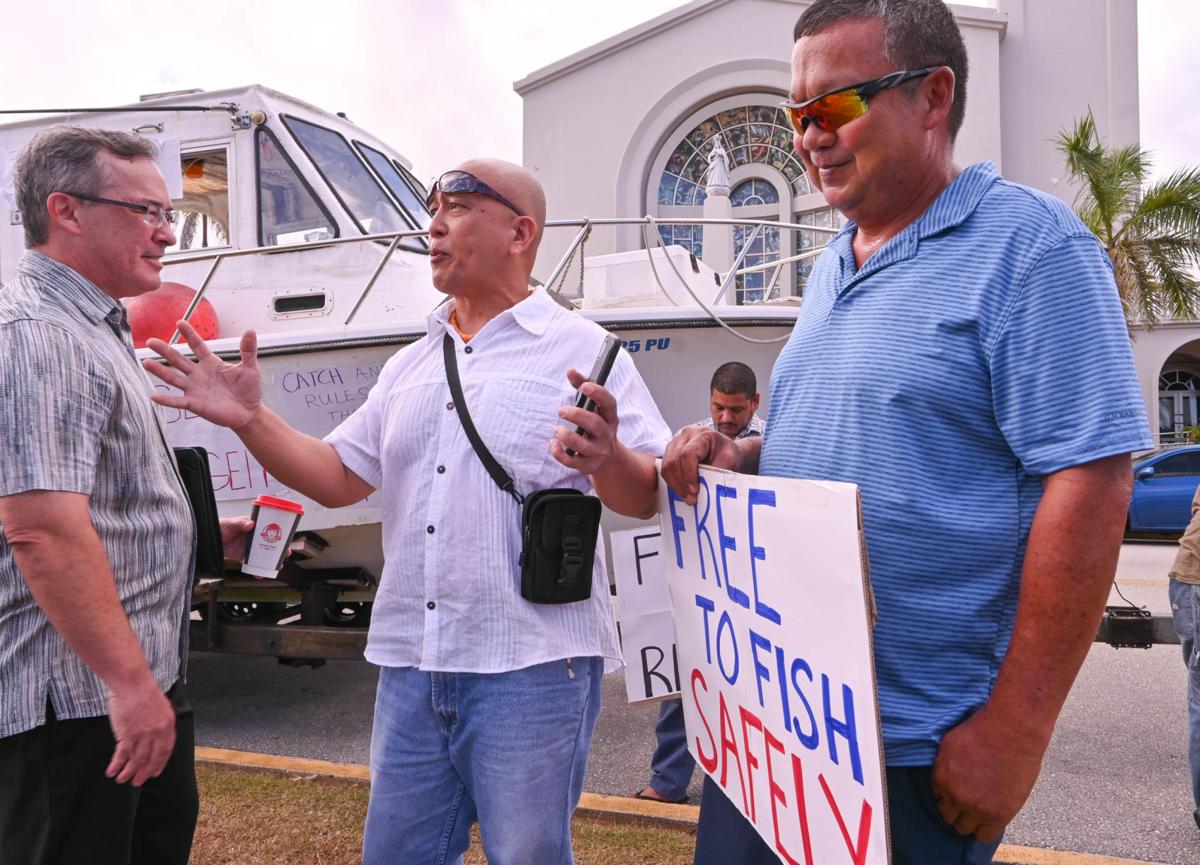 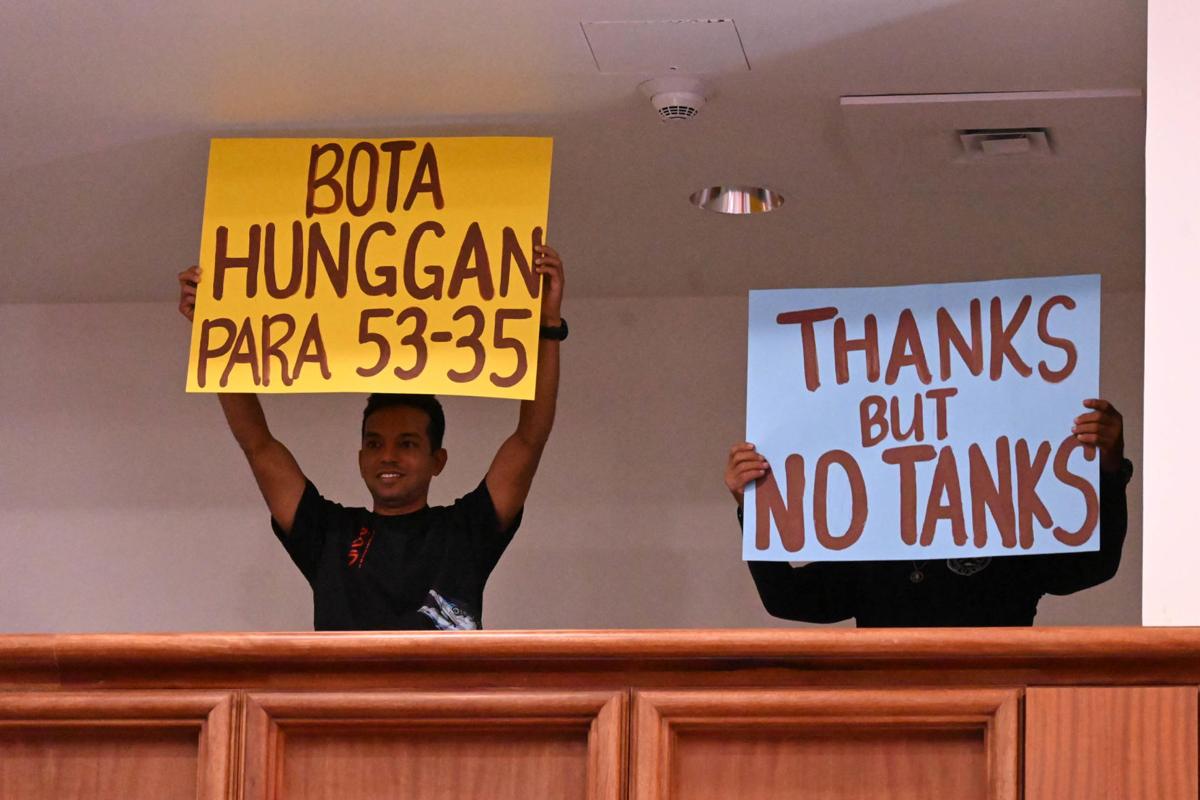 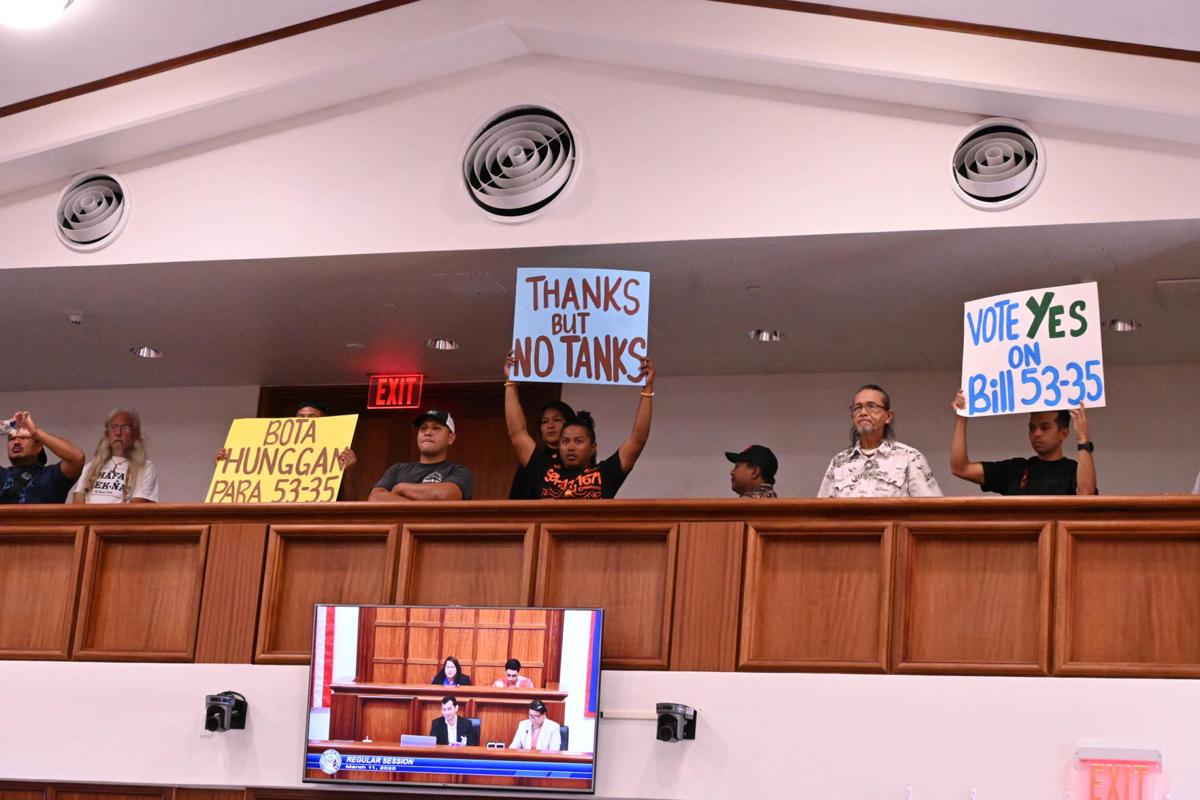 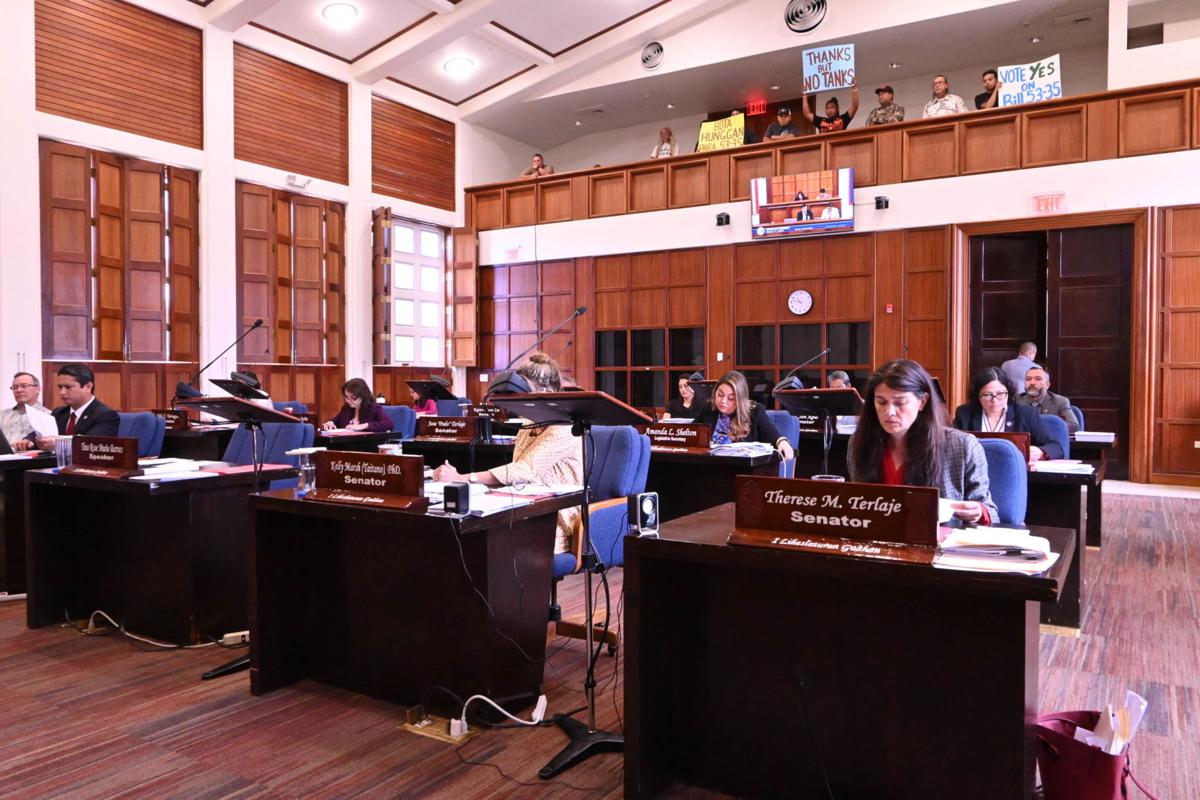 BAN: A group of fishermen who opposed Bill 53-35 brought boats with signs to the front of the legislature in protest. Senators passed the bill, which bans the use of scuba tanks while spearfishing, by a vote of 13-2. Dontana Keraskes/The Guam Daily Post

With a vote of 13 in favor and 2 against, lawmakers have passed Bill 53-35, which would ban scuba spearfishing in the waters around Guam. The bill now awaits the governor's decision.

But with 13 senators voting in support of the measure, even if the governor vetoes the bill, the Legislature could potentially override the veto. Only 10 votes are needed to override a veto and enact a bill into law.

The decision is no surprise to Manny Duenas, the president of the Fishermens Cooperative. He and fellow fishermen demonstrated outside the Guam Legislature Tuesday morning to express their displeasure with the bill. Although Duenas acknowledged he knew the bill had enough support to pass.

There's only a handful of scuba divers left, he said.

"They've been fishing for over 30 years and I really feel its unfair and unjust," Duenas said.

Some have pointed to what has been called the Yamaha fleet, as the culprit behind depleting fish stocks.

Through testimony and the public hearing, Duenas offered several alternatives to outright banning scuba spearfishing, including limited permitting with eligibility based on U.S. citizenship and other criteria.

"(The bill) is going to pass. I know that for a fact. All the senators have texted me, 'we sympathize with you, but we need to 'kill' the fishermen.' Because these people say the fishermen are evil and bad," Duenas said.

Other fishermen at the demonstration suggested perhaps increasing the number of preserves on Guam as well as enforcing the protection of these preserves, rather than banning scuba fishing.

But while a group of fishermen made their voices heard outside of the Legislature, another group demonstrated inside, this group urged senators to pass the bill and ban scuba spearfishing.

"There's no question about it. We're the last jurisdiction ... waiting to ban this thing. Why is Guam an exception? That's the bottom line. This is sustainable fishing and tanking is a destructive method of harvesting fish," said fisherman Ronald Laguana. "We've been fighting this for 10 years."

Fishermen with Duenas brought trailers with boats that had signs hanging off the sides. One sign read “Recall Sen. Sabina Perez!” Another sign had: “Ban sen. Travel, not fishing!”

The second group urged senators to pass the bill. They too had signs, one read: “Bota Hunggan Para 53-35.” Another sign read “Thanks but no tanks.”

Here’s the list of how the senators voted when the clerk called each of their names. Senators can either vote “yes” or “no." Or they can “pass” up to three times, though the third “pass” becomes a “no” vote.