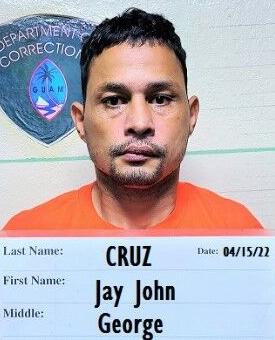 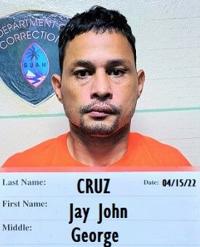 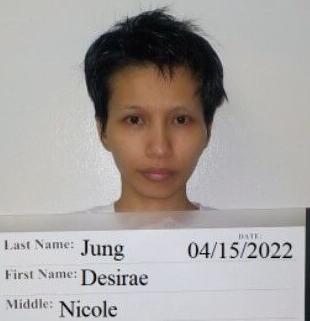 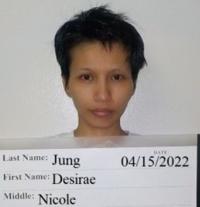 Police arrested the mother and father of a 4-year-old boy who was found alone at a park in Dededo while the child's parents were allegedly high on methamphetamine, according to court documents.

Jay John George Cruz, 43, and Desirae Nicole Jung, 29, were each charged with child abuse as misdemeanors.

Both were released from prison on $2,000 personal recognizance bonds and placed on house arrest following a magistrate's hearing held Friday in the Superior Court of Guam. The court also ordered the couple to stay away from their three children, who were taken by Child Protective Services.

According to court documents, a witness spotted the young boy by himself Thursday night at the Ironwood Estates playground.

Police were called and were able to track down the parents.

An individual told police they had offered to let the parents and their three young children stay with them because they believed the family was homeless, court documents state.

Authorities asked the individual to bring the couple to the Dededo Police Precinct for questioning.

Cruz allegedly admitted to police that he used meth Wednesday and was falling in and out of deep sleep. He also said he assumed the child was with Jung, documents state.

Jung allegedly admitted to using meth Thursday morning, telling police she remembered little about the day other than she was on Macheche Road at the time the boy was missing.

After being told police found the child, she allegedly told them that she slept at a residence in Macheche and was unaware of her children’s location, adding she believed they were with Cruz.

Both suspects showed strong signs of being under the influence of meth, the prosecution said in documents.

It was said in court that Cruz was arrested in 2012 on charges of aggravated assault and had an active warrant for his arrest after he failed to attend at least 10 child support hearings.

Cruz told the court he did not have a ride to attend the virtual court hearings and forgot about it.

Adult Probation Services recommended that Cruz be held on the warrant, but the court gave him a warning instead.

"I'm going to give you a chance because you have bigger problems right now," said Magistrate Judge Jonathan Quan. "If you don't show up for the next hearing, then you will spend 60 days in jail."