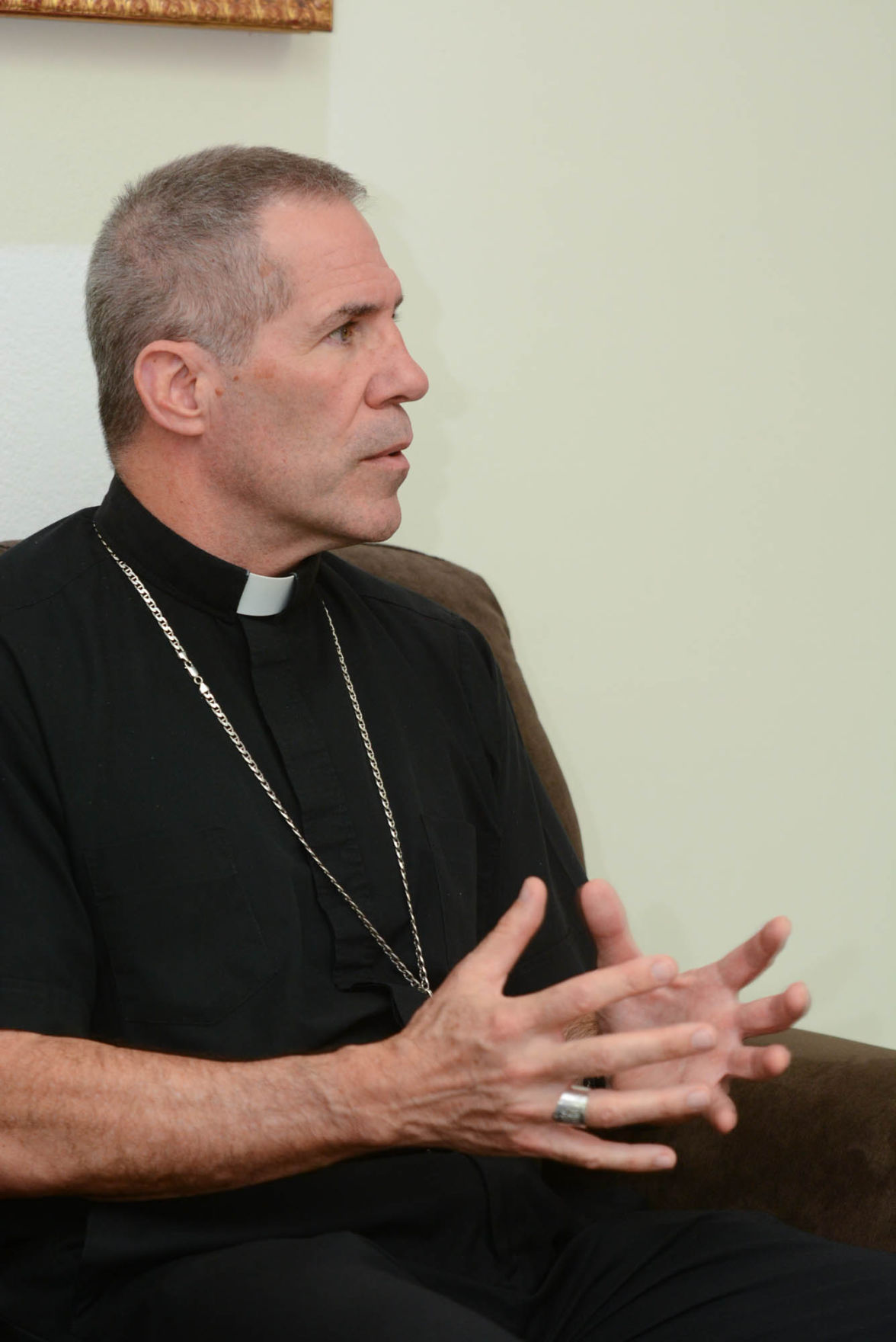 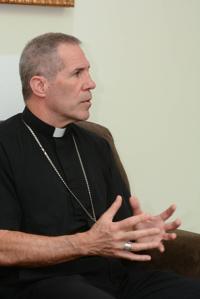 OPTIONS: Coadjutor Archbishop Michael Jude Byrnes sat with the Post for an interview Feb. 2. Byrnes said he would consider an out-of-court settlement in the child sexual abuse cases currently filed against the church. David Castro/Post 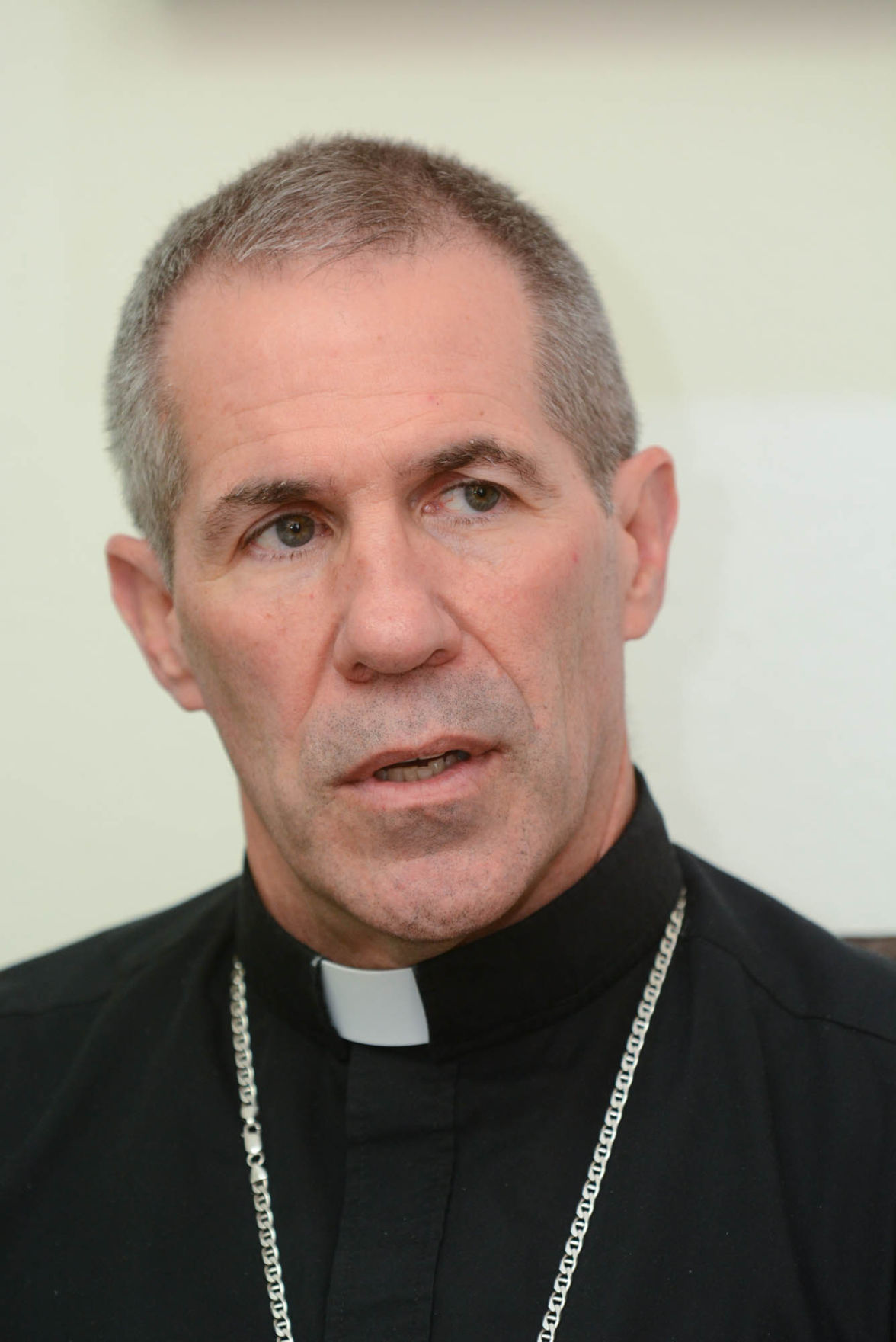 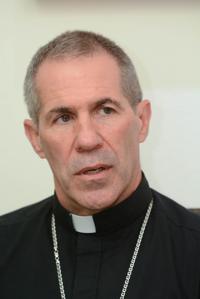 Coadjutor Archbishop Michael Jude Byrnes told the Post during an interview yesterday that he would consider an out-of-court settlement in the child sexual abuse cases currently filed against members of the Catholic Church.

"I can say that we'd be happy to settle, but then again, that's a legal negotiation," Byrnes said.

As of yesterday afternoon, 12 cases involving accusations of child sexual abuse against former Guam clergy have been filed in the District Court of Guam. While these 12 cases involve the same plaintiffs as suits filed previously in the local courts, they differ in that each suit now demands a minimum of $5 million in damages.

With the Catholic Church now facing $60 million in potential payouts to alleged victims of child sexual abuse, Byrnes said the church was considering all options, including possible bankruptcy protection.

Byrnes acknowledged the lawsuits would take a financial toll on the Archdiocese of Agana.

"Yes, if they're successful, it'll hurt – financially," he said.

While Byrnes confirmed that Archbishop Anthony Apuron no longer has any administrative power over the Archdiocese of Agana, he said Apuron still retains the title of archbishop and is still on the church's payroll.

"He is receiving a salary – we're looking into that," Byrnes said. "I believe he's been receiving the same salary (as before he left Guam)."

Byrnes explained that while the exact monetary figure can vary from diocese to diocese, there is an obligation under canon law for the "decent support" of clergy within a diocese's jurisdiction. Byrnes said that while he was unaware of who made the final decision to continue supporting Apuron, he assumed that the former apostolic administrator, Archbishop Savio Hon Tai Fai, would have made that determination.

Byrnes, who has been back on island for less than two weeks since his departure in December last year, said the victims of child sexual abuse have been the chief issue on his mind.

"It's been a focus on our part to strengthen our existing policies for education and prevention, our ability to respond to victims and building a review board for any allegations of sexual abuse," he said. "In the heart of all that has been making concrete our commitment to assist the victims for healing and a kind of restoration."

Byrnes, who said he knew the situation in Guam was going to be contentious, added that because healing was a main focus of his mission, he was open to hearing and speaking with victims of child sex abuse. While he acknowledged the legal complexities of the matter, he said he would love to hear from victims – even just to personally hear their stories.

In answer to questions about criticisms from others that Byrnes will serve the Vatican over the Catholics of Guam, Byrnes said the only person he reports to is Pope Francis.

"(The pope's) instruction was to bring healing and bring unity," he said. "And healing, you know, takes a while, but that's the order that I'm taking."

That healing, Byrnes explained, extends to both the issue of victims of child sex abuse, as well as to divisions within the Catholic Church itself.

When asked about the Neocatechumenal Way communities that have stirred much ire from traditional Catholics who fear their way of faith is being threatened, Byrnes replied simply that it was his duty to serve all, and that the road to unity would be difficult but that he would follow it.

"I'm the Archbishop of Agana," he said. "As such, I'm responsible for all the Catholics – in fact, all the souls – on the island."

While the Archdiocese of Agana faces lawsuits filed on behalf of child sex-abuse victims, some of the vocal members of the island’s Catholic c…

Apuron not required at Vatican trial

Suspended Archbishop Anthony Apuron will never be present in his canonical trial in Rome for sex-abuse allegations, according to canon law exp…

The latest sex abuse case filed in the District Court of Guam alleges that a former Guam Catholic priest, who later became bishop of the Commo…