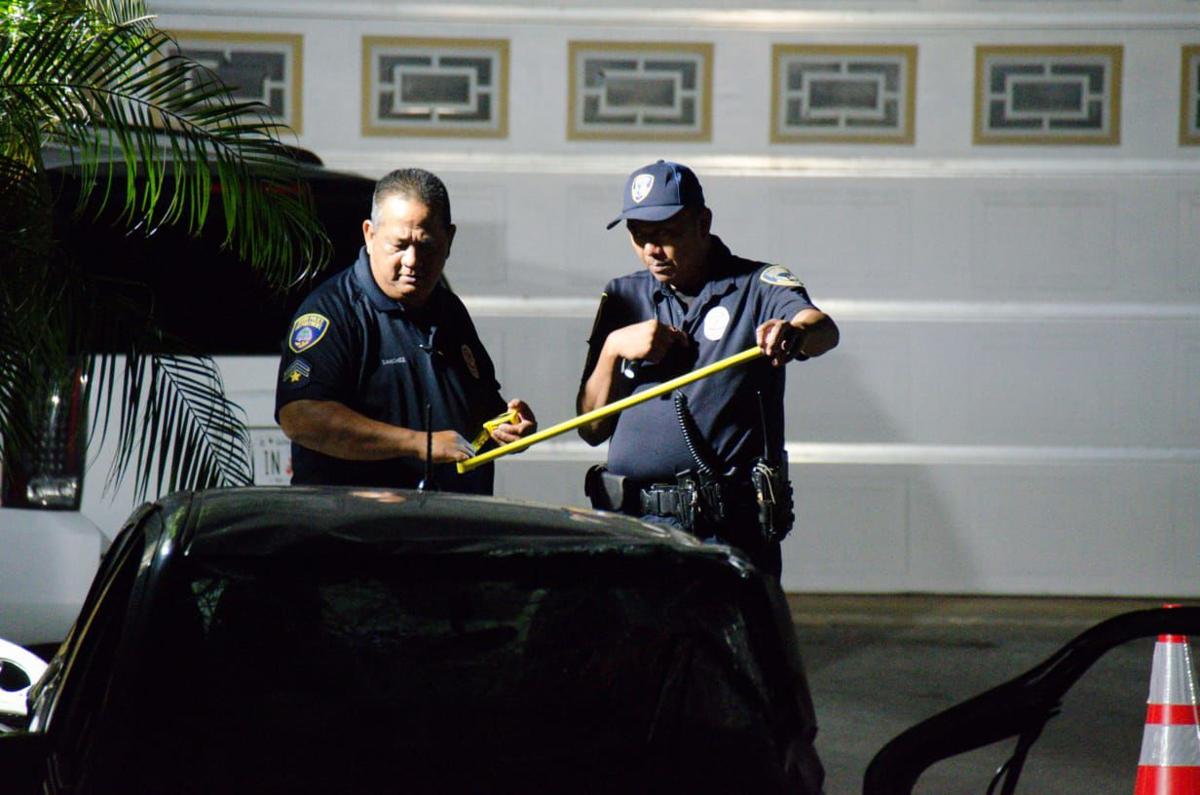 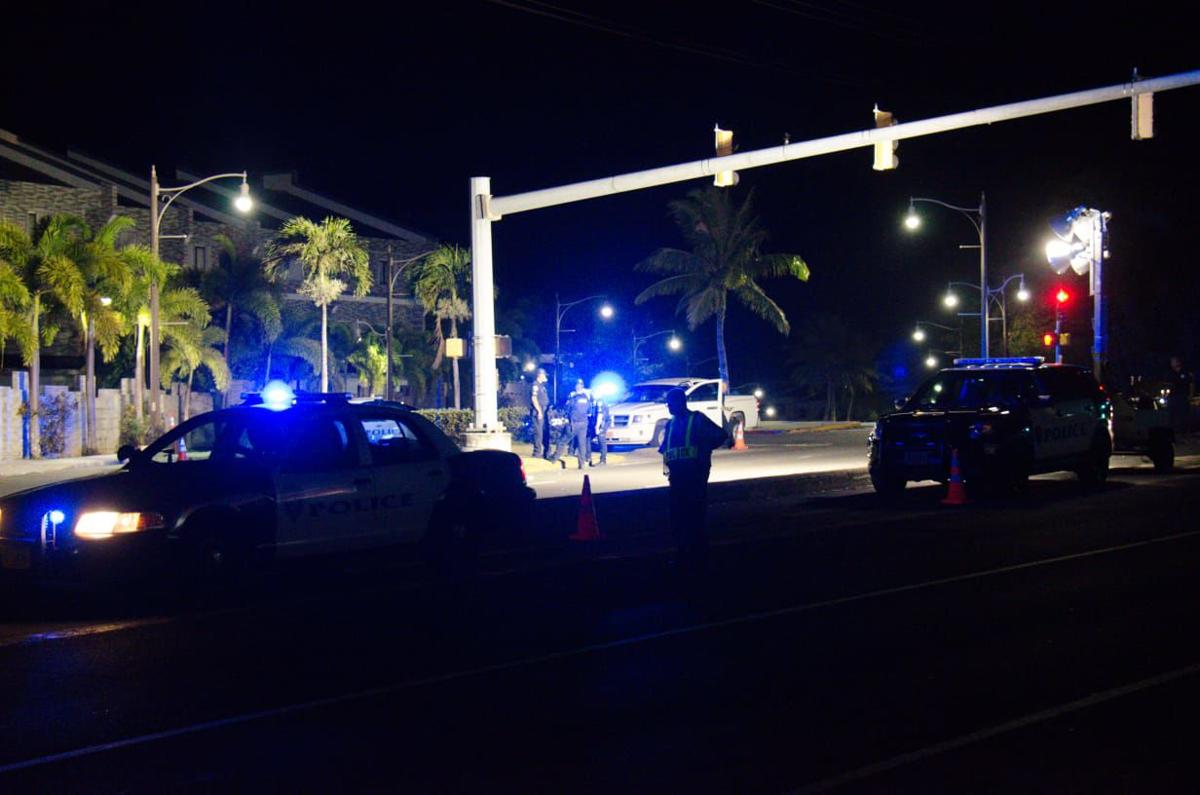 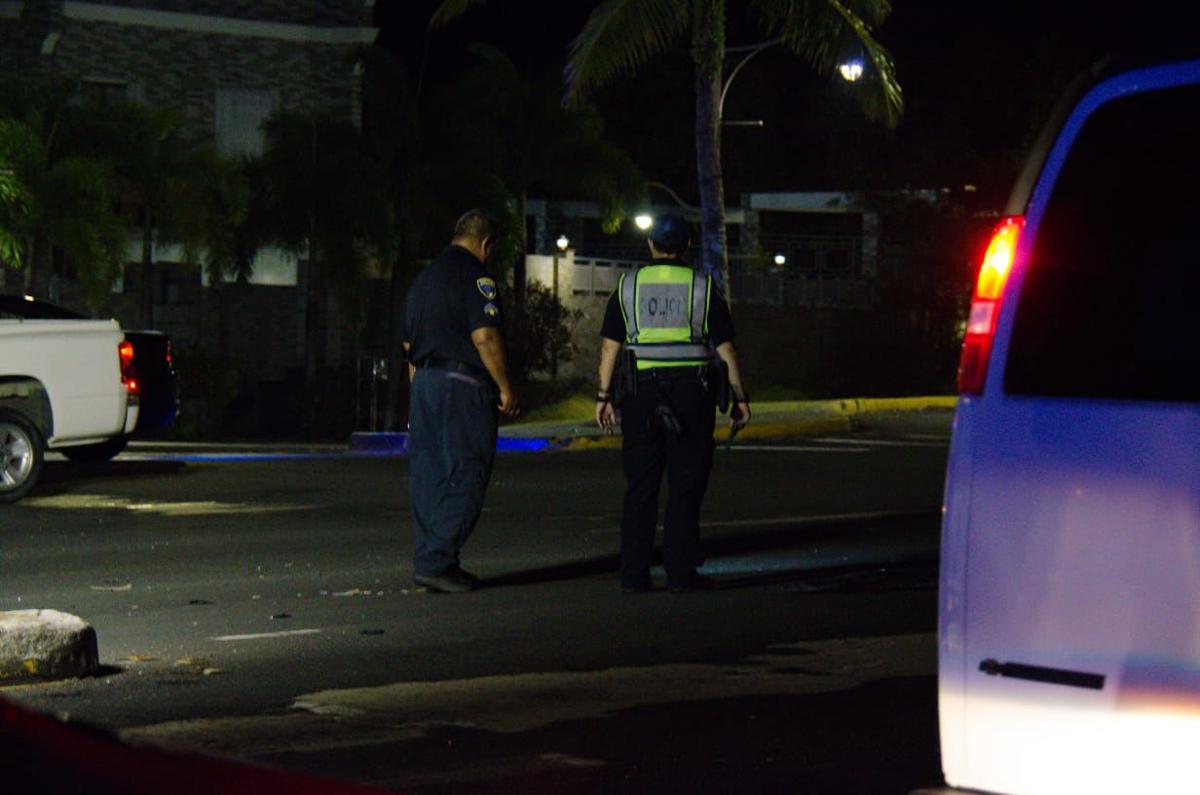 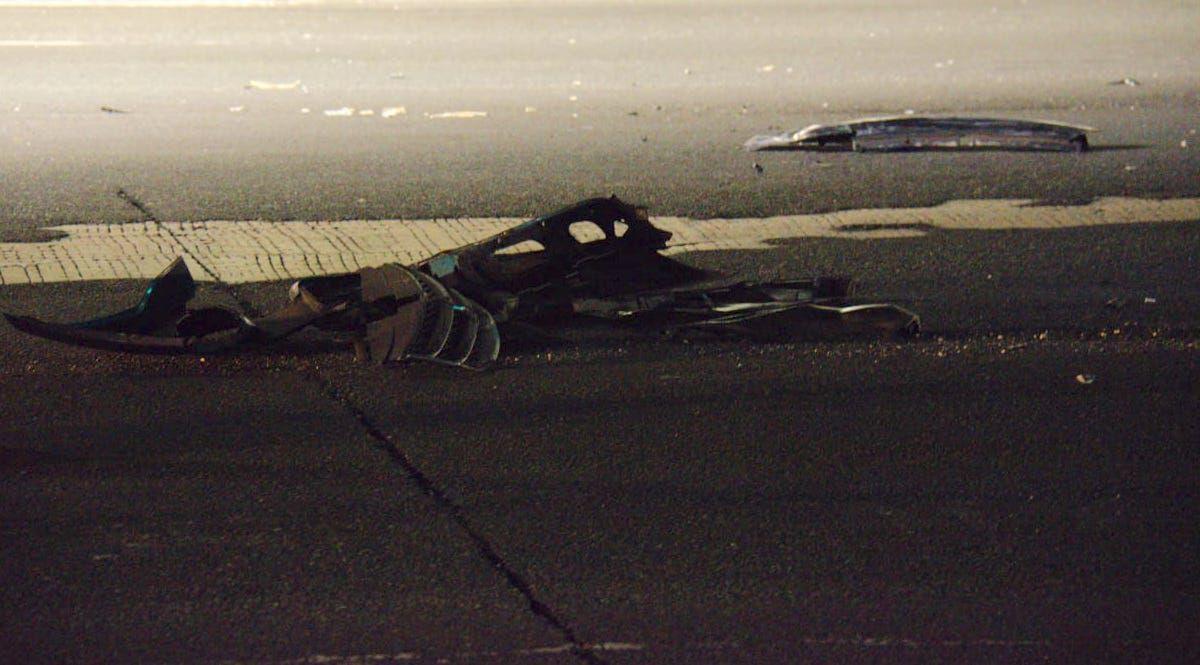 DEBRIS: Parts of a car are seen on the ground near the site of a fatal two-car crash in Upper Tumon on Thursday morning. John O'Connor/The Guam Daily Post

DEBRIS: Parts of a car are seen on the ground near the site of a fatal two-car crash in Upper Tumon on Thursday morning. John O'Connor/The Guam Daily Post

One man is dead and three others were treated at local hospitals after two cars crashed in Upper Tumon early Thursday morning.

Around 3:30 a.m., a Mitsubishi Outlander was turning left from Santos Hill onto Route 1, or Marine Corps Drive, when it smashed into a Toyota Yaris that was traveling on the southbound lane, said Guam Police Department spokesman Sgt. Paul Tapao.

The Yaris was crushed to the point that first responders had to pry open a section of the car to remove the four occupants of the vehicle, Tapao said.

One man was lifeless. Medics performed CPR as they rushed him to Guam Regional Medical City, but he didn’t survive. His name has not been released.

Two others were taken to GRMC, while the fourth victim was taken to Guam Memorial Hospital. Authorities had not released their conditions as of press time.

Investigators with the GPD Highway Patrol Division have yet to determine if speed, alcohol or drugs were factors in the crash.

This marks the third traffic-related fatality of the year.

In the early morning hours of Feb. 1, 39-year-old Karimy Liwis, a mother of three, was in a car that authorities said ran off Route 2A near the Apra Mobil gas station in Santa Rita.

Akimine Walter, 57, died from injuries she sustained when she was struck by a car in Mangilao on the evening of Jan. 21. She and her husband were crossing the street from the Mangilao Mobil gas station to the Mangilao Plaza when they were struck by a gray sedan.