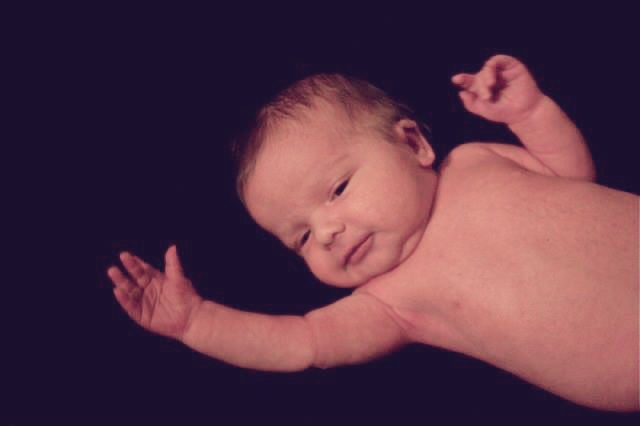 FIVE WEEKS OLD: Baby Aiden, the 5-week-old son of Michelle Green and Leonard Quaile, shortly before his death in 2011. The couple is suing TakeCare Insurance for malpractice in relation to the death. Photo courtesy of Michelle Green

FIVE WEEKS OLD: Baby Aiden, the 5-week-old son of Michelle Green and Leonard Quaile, shortly before his death in 2011. The couple is suing TakeCare Insurance for malpractice in relation to the death. Photo courtesy of Michelle Green

Editor's note: This is the second article in a two-part series on the challenges of holding medical practitioners accountable under Guam's medical malpractice law.

There are two cases at the Superior Court of Guam that challenge the constitutional validity of a law that makes it difficult, some have said, to hold the island's medical professionals accountable. And while the Supreme Court hasn't weighed in yet on the law, these two cases may be what pushes the door open.

It isn't the first time that Guam's Medical Malpractice Mandatory Arbitration Act has been challenged. Part one of this series explored the law and the stories of grieving parents who contend it. In a medical malpractice case, the law forces arbitration proceedings, which is an out-of-court process to settle disputes. The costs, which could reach tens of thousands of dollars, fall on the parties - which in recent cases are the parents of children who were seen and diagnosed by doctors before they died. The financial burden is an unreasonable hurdle and a deterrent for individuals who are seeking relief, challengers say.

The Superior Court of Guam has ruled in favor of the law when challenged previously. However, Attorney Robert Keogh, who has a history with this act, said this decision, as well other unfavorable decisions, are not binding.

Keogh has two cases pending at the Superior Court of Guam challenging the constitutional validity of the law as part of negligence claims against health care providers.

Keogh told The Guam Daily Post in mid-June that a Superior Court judge is bound by the Supreme Court, and not the decisions of other Superior Court judges. Depending on the outcome of his current cases, the Supreme Court may be asked to decide on those questions, Keogh said.
For Richard Pipes, there is no question that the law violates the Organic Act of Guam, the supreme law on island.

Pipes was one of the attorneys who prevailed in the landmark Awa v. GMH case that went before the 9th Circuit Court of Appeals. The original mandatory arbitration act was struck down in that case.

The 9th Circuit found the original law, enacted in the 1970s, unintelligible and inconsistent in requiring mandatory arbitration while at the same time preserving the right to a jury trial.

The current law, enacted in the 1990s, no longer contains language that expressly called for the right to jury trial. The new law contains provisions for a "trial de novo" at the courts - a trial that takes place as if it were the beginning of the dispute.

The Organic Act expressly provides protections found in the First to Ninth Amendments, including the right to trial by jury in civil cases in the Seventh Amendment, Pipes told the Post.

"However, the MMMA carves out a class of civil cases (medical malpractice cases) which causes plaintiffs to go through extreme, very costly, and time-consuming procedures before such cases can even be filed. These limitations clearly obstruct a citizen's right to a trial by jury in a civil case," Pipes said.

Despite the amendment, the law is patently similar to its predecessor. Michelle Green, a mother and tax attorney who challenged the current law at the District Court of Guam, points out the contradiction.

"The 9th Circuit was clear in its holding: a tort reform law that requires mandatory arbitration, and also guarantees parties the right to a new trial, violates due process rights and also makes medical malpractice litigation 'more costly and less efficient,'" Green said. "Remarkably, Guam’s current law continues to require mandatory arbitration and also guarantees the right to trial — even though those provisions are precisely why Guam’s first tort reform law was struck down."

Following the original law's demise, health care professionals on Guam generally stood behind mandatory arbitration as the current law was drafted in the 21st Legislature.

The shortage of doctors on island was noted at the time as well as the need for a mitigating rule on malpractice claims to make Guam an attractive destination for practice.

But the lack of binding arbitration in lieu of jury trial caused concern, and some groups and physicians could not support the measure without it.

Curiously, physicians noted that appealing at the courts — the law today — would only make matters worse by exposing health care professionals to potentially having to defend themselves twice.

Reducing costs was the express purpose of the law.

The legislative committee on health, ecology and welfare, in 1991 stated that a medical malpractice crisis reached a fever pitch in the prior two decades and many insurance companies refused to offer malpractice coverage or have raised the cost of premiums to prohibitive levels.

But that justification falls flat, according to Pipes.

"One of the professed justifications for imposing procedures which obstruct the constitutional right of trial by jury is the supposed 'medical malpractice insurance crisis.' Just like the original MMMA, the amended MMMA mouths the same justification, without any support other than a naked 'finding' that there is such a crisis. The fact is that no such crisis ever existed in Guam and does not exist today," Pipes said.

The pool of doctors on Guam was so small at the time of his lawsuit that no insurance company was willing to offer medical malpractice insurance, Pipes said. There had been so few malpractice cases filed in Guam back then that insurers could not calculate the risk, he added.

Today, insurers earn nearly $1 million on medical malpractice insurance premiums per year, according to records at the Department of Revenue and Taxation. It is one of the smaller insurance categories on Guam.

To opponents, the issue boils down to mandating arbitration first and how the associated costs and risks effectively precludes people from ultimately pursuing legitimate claims in court.

This is a wrong that should have been corrected many years ago, Pipes said.

The Post initially queried lawmakers about their thoughts on the law in April, when a letter was submitted to all lawmakers asking them to review the arbitration act. David Lubofsky, who is now suing the Seventh-day Adventist Clinic and others on behalf of his deceased son, issued the letter.

No senators responded then. This time, there were two.

Sen. Kelly Marsh said she and her staff were reviewing the law. Meanwhile, Sen. Telo Taitague said the issue remains an active topic for her team since receiving the Lubofsky letter.

Taitague said she is reviewing the court decisions and the history behind the law.

"A review of the experiences of other U.S. jurisdictions is also being done. We are taking a closer look at state policies mandating prelitigation screening panels which is the approach found in various states, including jurisdictions with the least number of medical malpractice cases," Taitague said. "This could be a solution for Guam."

Taitague's full comment:
"This remains an active topic for my team and I since receiving a letter a couple months ago from Mr. Lubofsky - and your inquiry shortly thereafter.
"I continue my research and due diligence to be better informed on the history behind Guam's medical malpractice statute, including court decisions concerning the constitutionality of current and prior legislation. I plan to meet soon with a few individuals for additional information on how and if we should proceed from here.
"We are also reviewing white papers (Widener University School of Law's Medical Malpractice Screening Panels: An Update and Assessment) prepared on this topic especially as they discuss due process rights - and are connecting with the authors concerning our questions for possible solutions.
"A review of the experiences of other U.S. jurisdictions is also being done. We are taking a closer look at state policies mandating prelitigation screening panels which is the approach found in various states, including jurisdictions with the least number of medical malpractice cases. This could be a solution for Guam."

Guam law requires arbitration for any malpractice claims against health professionals, institutions or agents. It's an out-of-court procedure where the parties bear the cost of the arbitration. A trial can be requested 30 days after an arbitration award. If a suit is brought to the Superior Court before arbitration, a party in the suit can request for a stay in the proceedings, which shall be granted by the court if it deems the issue referable to the Medical Malpractice Mandatory Arbitration Act.

There have been several challenges to Guam's Medical Malpractice Mandatory Arbitration Act. More recent lawsuits were filed by David Lubofsky and his wife, and in another case by Twaylla and Charles Taitague, whose respective children allegedly died due to medical negligence.

Editor's note: This is the first of a two-part series on the challenges of holding medical practitioners accountable under Guam's medical malp…