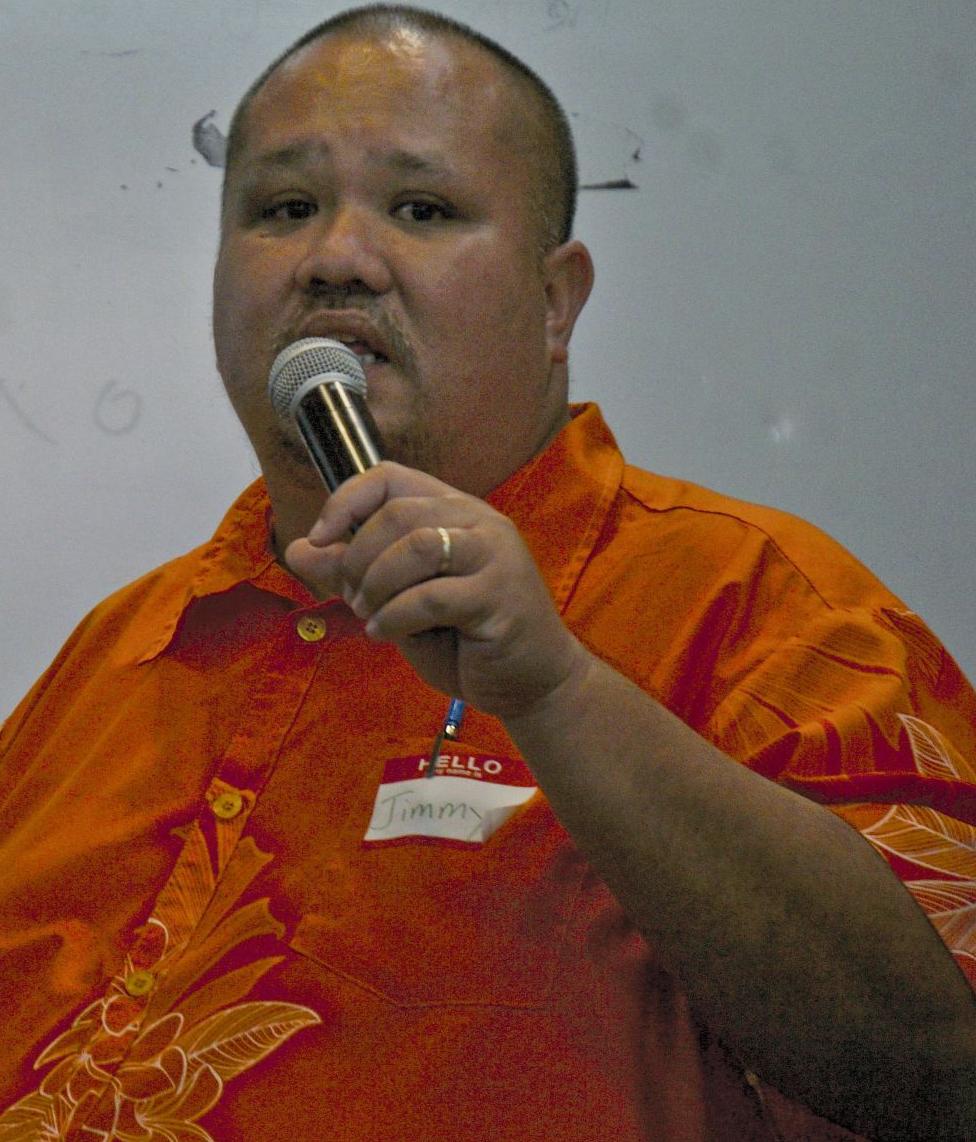 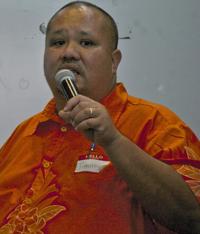 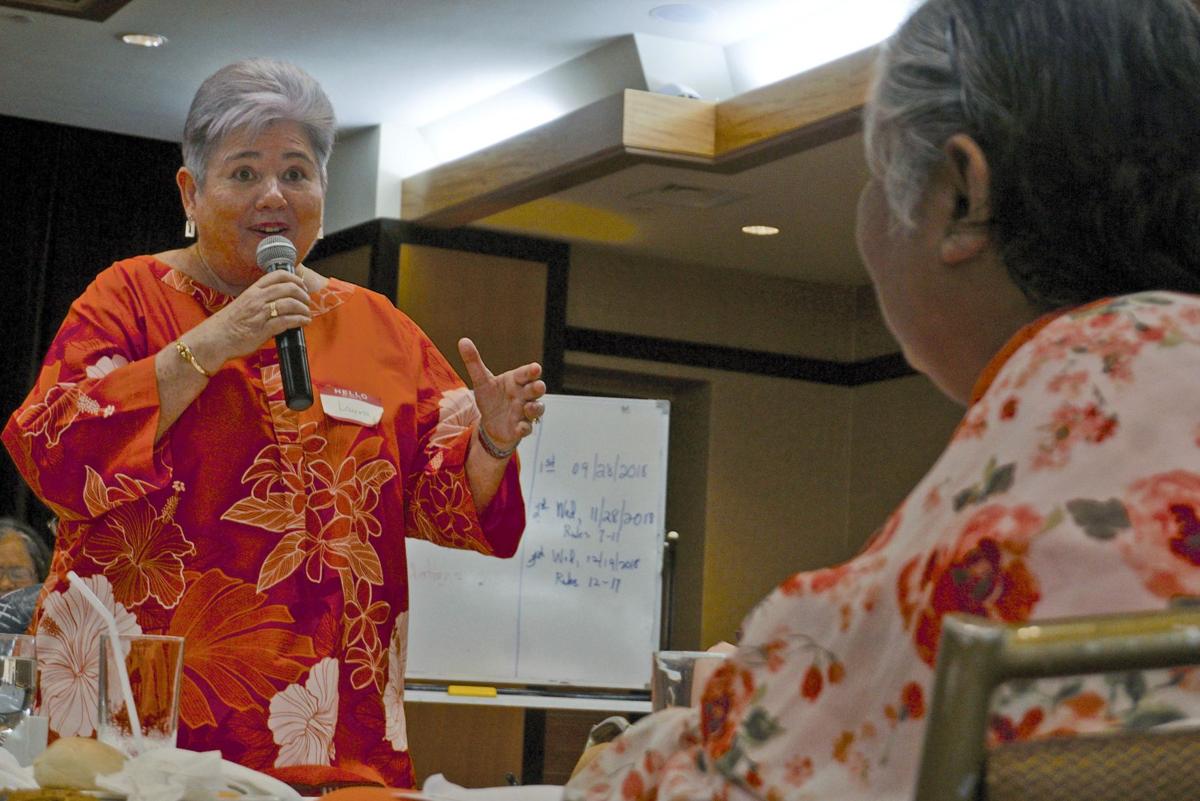 After adopting an official, codified CHamoru orthography in September, the former CHamoru Language Commission is now working to introduce and standardize new spelling and grammar in the community.

The Kumision i Fino' CHamoru yan i Fina'nå'guen i Historia yan i Lina'la' i Taotao Tåno', or Commission on CHamoru Language and the Teaching of the History and Culture of the Indigenous People of Guam, held its first CHamoru language liaison training workshop on Sept. 28 at The Westin Resort Guam in Tumon.

Several dozen government of Guam representatives and CHamoru language program members gathered for the first of three workshops, which are designed to help CHamoru language users become more familiar with the way certain words are spelled, letters written and phrases used – among other topics.

“The objective here is to standardize CHamoru, so that we have generations of young kids that have a standard form to follow, that is easier for them,” said commission Chairwoman and former Sen. Hope Cristobal.

“We are not a translating agency. We were created to teach about how to (translate). So when the task arises, (employees) can meet the need," she added.

CHamoru language trainees reviewed a few of the 17 rules established in the adopted orthography, a few including alphabetic symbols and corresponding sounds, proper names, capitalization, consonant symbols and spelling for words borrowed from the Spanish language.

The training will have two more workshops in November and December, then trainees will receive a certificate of completion as “CHamoru language liaisons.”

It wasn't until the 1970s when Guam educators Donald Topping and Bernadita Dungca conducted a linguistic study of the structure of CHamoru language that a more accurate spelling system was developed.

“That project really indicated the complexity of CHamoru in a different way,” Underwood said.

The new system was called the Marianas Orthography, and continues to be much of the same orthography Guam follows today, Underwood said, and “looks more English than Spanish.”

The former University of Guam president added that another “misguided effort” by the Chamorro Language Commission in the late 1970s, which he was part of at the time, adopted a slightly different orthography under the guidance of a Philippine-based educator.

He said that orthography had aspects of the Filipino language Tagalong. The CHamoru word “taitai,” which means “read,” would be spelled “taytay,” he said as an example.

That orthography didn’t sit well with the CHamoru population of the time, he said, and so the former orthography was reinstated.

One example of a new addition to the newly adopted CHamoru orthography is the capitalization of singular CHamoru letters such as “CH,” seen in "che’lu," which means "sibling," or “NG,” seen in “nginge,’" which means "to smell" – but only at the beginning of sentences.

The official orthography also says to refer to place names that are of CHamoru origin in CHamoru spelling, such as “Inalåhan” for Inarajan, “Litekyan” for Ritidian and “Hågat” for Agat.

On public approval and regular usage of the orthography, Underwood said, “Eventually, it takes time. ... It’s not going to be adopted immediately, but it will over time.”

“When they changed Agaña to Hagåtña in the mid-1990s, a lot of people predicted that’d be a disaster,” Underwood added.

"Everybody gave every argument as to why we should keep it Agaña. Then, after a couple years, ‘OK, it’s Hagåtña,’ and that's that," Underwood said.

“There’s always going to be someone out there who’s going to predict some kind of gloom, disaster, as if this is too outside the box, but it isn’t,” Underwood said.

The commission has hopes of developing an online website and dictionary, children’s Pictionary and even a CHamoru spellcheck in the future, Underwood said, utilizing the adopted orthography.

For more information on changes to the current CHamoru orthography, contact the commission at kumisionchamoru@gmail.com.

Overtime and differential pay must be paid on time

Two classes of government of Guam employees have emerged in the COVID-19 pandemic. Read more

“When you're just like everybody else, you've nothing to offer other than your conformity.” Read more