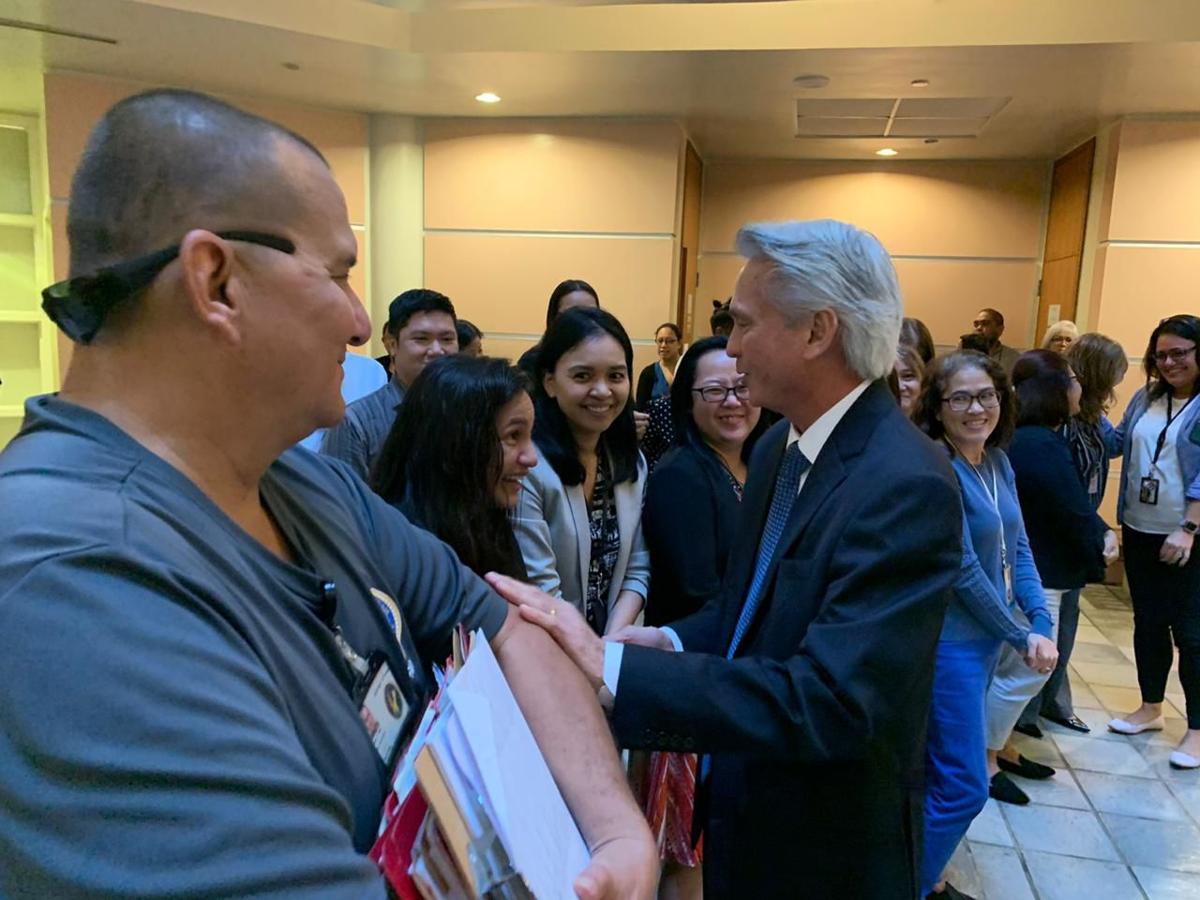 IMPROVING MORALE: Chief Justice F. Philip Carbullido greets Judiciary of Guam workers after meeting with employees on Tuesday at the Guam Judicial Center to address concerns of low morale and his plans to improve operations in the third branch of government. Carbullido began his new term as chief justice on Tuesday. He also served as chief justice of Guam from 2003 to 2008 and from 2011 to 2014. See Page 2. Nick Delgado/The Guam Daily Post 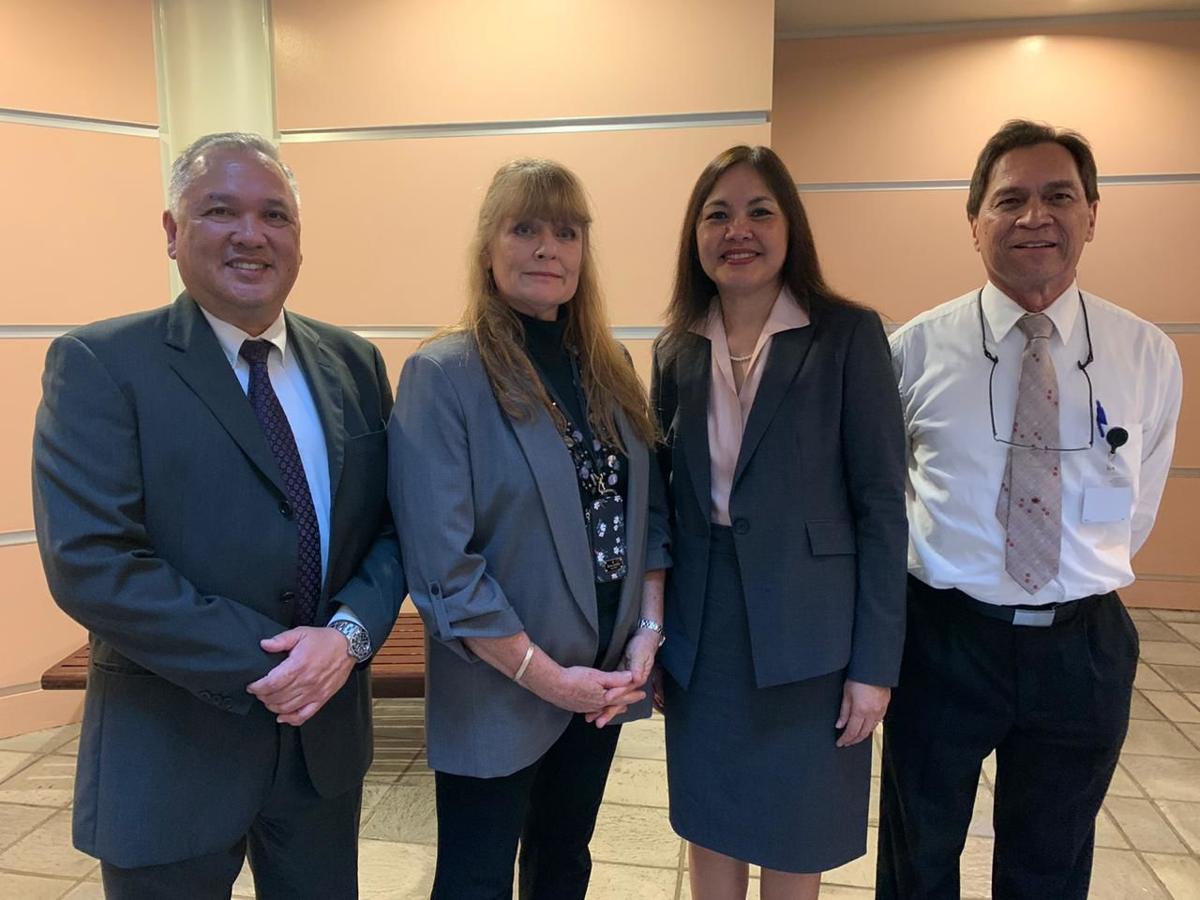 IMPROVING MORALE: Chief Justice F. Philip Carbullido greets Judiciary of Guam workers after meeting with employees on Tuesday at the Guam Judicial Center to address concerns of low morale and his plans to improve operations in the third branch of government. Carbullido began his new term as chief justice on Tuesday. He also served as chief justice of Guam from 2003 to 2008 and from 2011 to 2014. See Page 2. Nick Delgado/The Guam Daily Post

The Judiciary of Guam will go back to the basics to provide quality and effective justice, build up a competent and satisfied workforce, and find innovative and responsible ways to raise and use financial resources, Chief Justice F. Philip Carbullido said during an installation ceremony on Tuesday.

Carbullido is the first justice to serve a fourth term as chief justice and announced that he wanted to get straight to work on his first day on the job.

“There is a lot that we need to do in the three years,” the chief justice told employees of the Judiciary during a staff meeting on Tuesday. “We need all of your collective help and suggestions.”

Carbullido said he wanted to live up to the expectations that employees deserve.

During a private investiture ceremony, the chief justice said his first priority is to get capital improvement projects going including the renovation of the building on Route 4 that will be used for storage, office space for the Judiciary’s Probation Division and a fitness facility for law enforcement personnel.

He also announced the Judiciary is in the process of purchasing the San Ramon building that will house the administrative offices of the Judiciary, freeing up space for the Courts and Ministerial Division and outfitting an eighth courtroom as a high-tech courtroom designed to accommodate multiple defendant trials.

The chief justice noted that employee morale is at an "all-time” low.

“This is something we cannot ignore,” the chief justice said. “I have instructed our incoming administrator of the courts to hold weekly management meetings and to engage every manager.”

Carbullido said he envisions other morale-building projects and initiatives from a regular Judiciary newsletter to employee suggestion boxes, community outreach and regular socials.

He also announced that the employee parking lot will reopen at 6 a.m. Wednesday. The announcement was received with applause and cheers from the judicial staff.

The third branch of government will also be focused on expanding the use of federal grant money to support judiciary operations and one employee from all divisions will undergo grant writing training to actively search for grants that could support the operations of their respective divisions.

The chief justice also briefly touched on a National Center for State Courts report on the trial court’s calendar system and case flow proposals that he said has been a “source of great consternation” among judges.

“We undertook this study to gain insight from a disinterested body on the potential shortcomings in the current way we do things, and ways we might improve,” he said. The chief justice announced he would chair a committee tasked with considering the report.

Carbullido introduced his new administrative team during the employee meeting.

• Administrator of the Courts: Kristina Baird

“None of us, me included, has a monopoly on good ideas. This drives home the most crucial point… You will all have a seat at the table,” stated Carbullido.