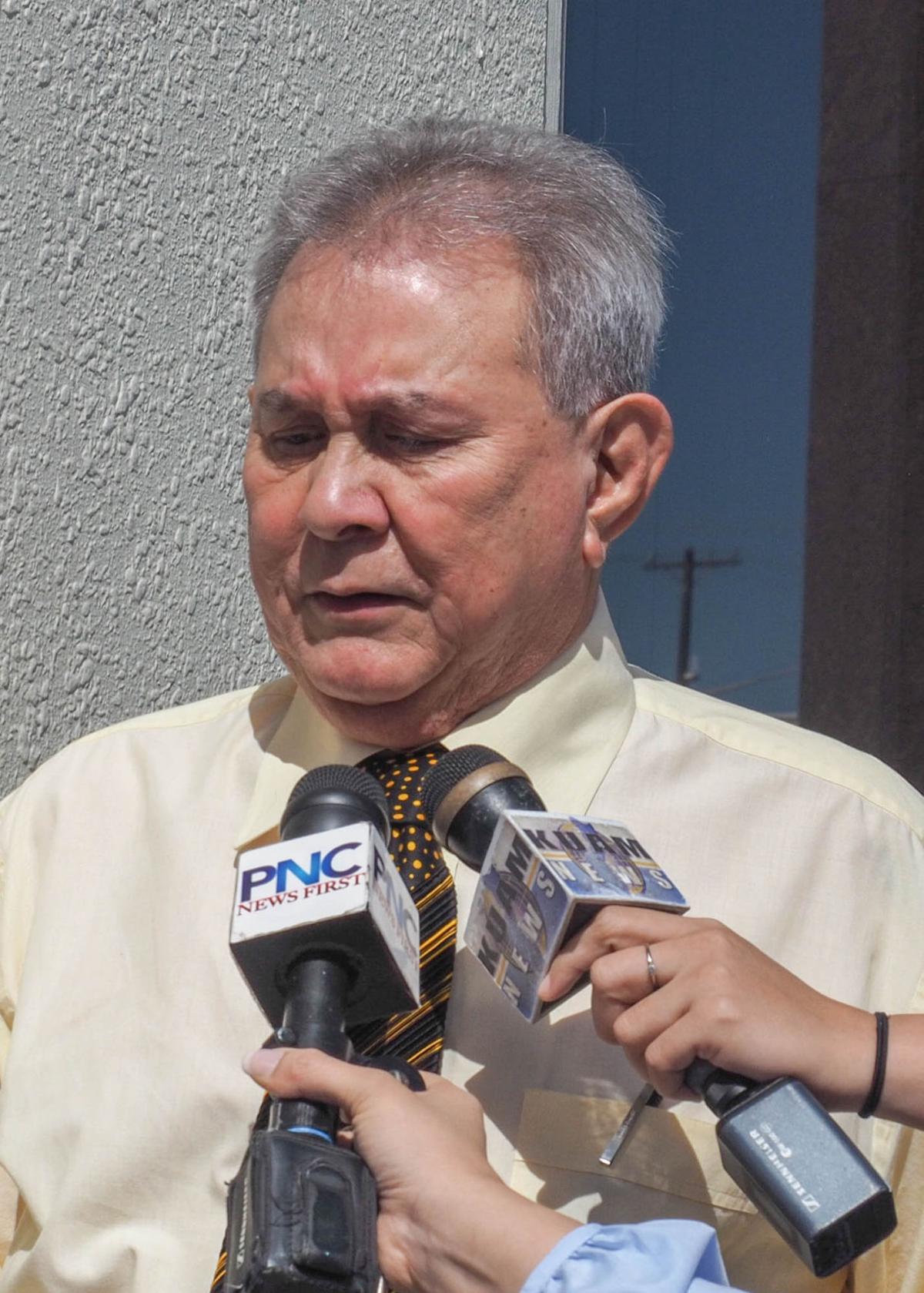 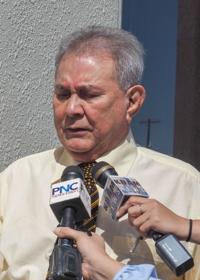 FIGHTING FOR CLIENTS: Attorney David Lujan spoke to the media in front of the District Court of Guam after a status conference regarding child sex abuse charges against the Archdiocese of Agana on June 13. Post file photo 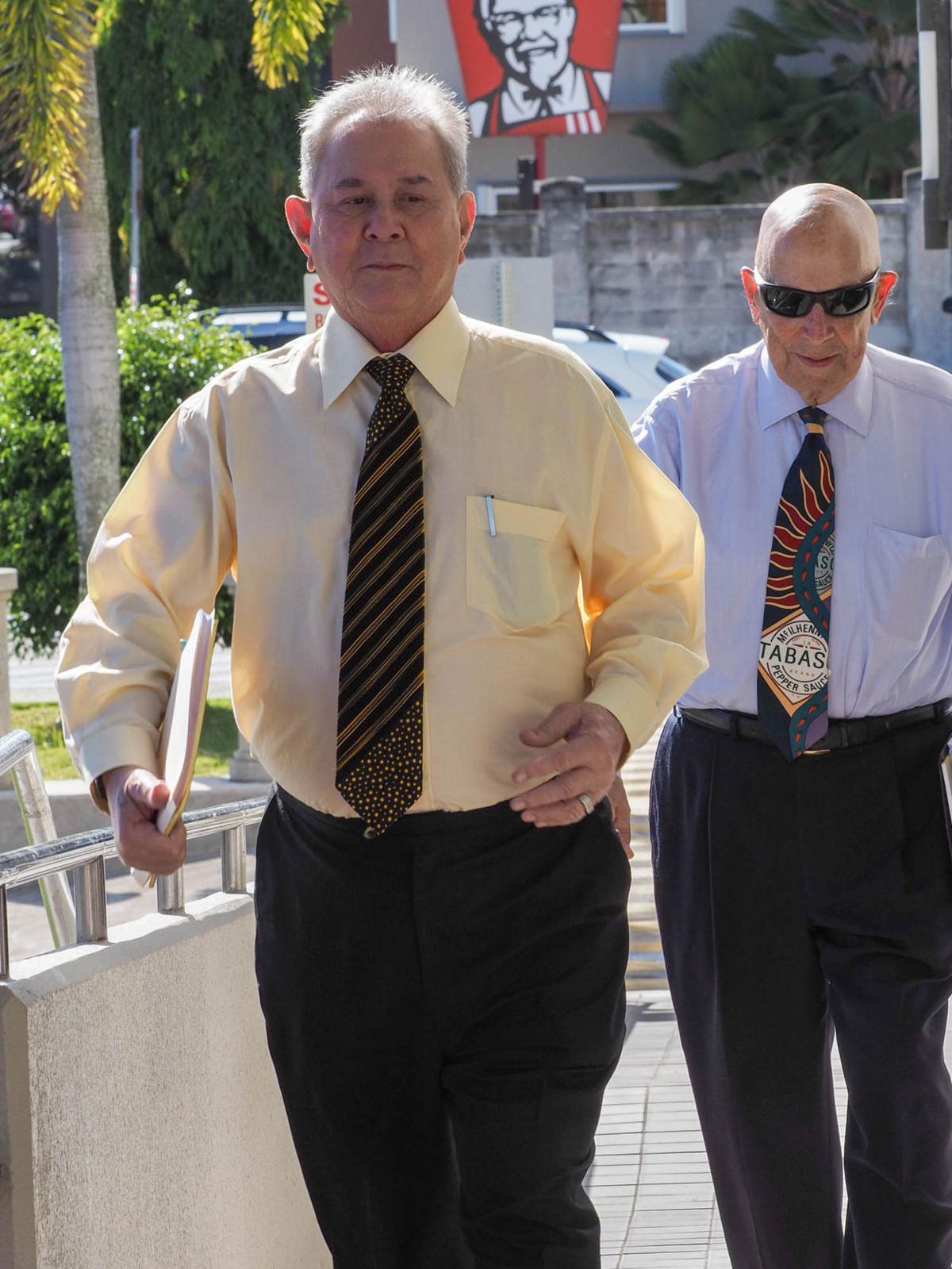 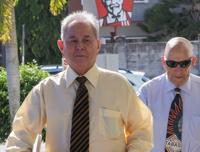 COUNSEL: Attorney David Lujan arrives at the District Court of Guam for a status conference in a case unrelated to the Hillblom estate. Post file photo

FIGHTING FOR CLIENTS: Attorney David Lujan spoke to the media in front of the District Court of Guam after a status conference regarding child sex abuse charges against the Archdiocese of Agana on June 13. Post file photo

COUNSEL: Attorney David Lujan arrives at the District Court of Guam for a status conference in a case unrelated to the Hillblom estate. Post file photo

Attorney David Lujan has not minced words when it comes to how he feels about current and former members of the clergy in the Archdiocese of Agana as well as players involved in the settlement discussions for clergy sex abuse cases filed by more than 70 of Lujan’s clients.

“If there’s one reason I didn’t hesitate going into the mediation, it’s because it allows for a quick resolution especially with a portion of my clients who want a resolution,” Lujan told The Guam Daily Post.

With many clients in their 60s and 70s and several of them ill, Lujan said he believes his clients would want to get “something” for their families before they pass away.

Retired federal Judge Michael Hogan, of Oregon, has agreed to serve as alternative dispute resolution mediator in the cases and mediation is expected to begin as early as October.

While Lujan advocates for mediation, he qualified his clients’ participation in the non-binding mediation on the condition that the Archdiocese of Agana provide him with a complete list of all its assets as well as insurance policies.

“I want to see everything the church has. I’m not going to go in there and the church is hiding what it has,” Lujan said. “It’s (mediation) is not going to happen unless I have those things.”

The archdiocese recently identified 41 properties that it deemed “non-essential” and could be liquidated first, if additional money is needed for settlement negotiations.

The attorney has retained an expert to analyze the assets of the church and another to examine damages.

Lujan said he is skeptical of the Catholic Church and its seriousness to make good on his condition. As of this weekend, he had not received all the requested information.

“Honestly, I expect the worst of the church. They’ve proven themselves. If some of them can abuse children, what makes you think that they’re not out to abuse an old man like me?” Lujan stated.

Apuron’s efforts to dismiss four civil complaints of alleged sexual abuse have prompted Lujan to further question the motives of the Catholic Church.

Of the 76 cases Lujan has filed on behalf of his clients, the defendants of 72 of the cases have agreed to mediation while Apuron has not agreed to participate pending the outcome of a canonical trial that is currently in the deliberation phase at the Vatican.

Apuron has also filed a motion to dismiss the sex abuse lawsuits, alleging the law that allowed victims of sexual abuse to pursue legal action is “unconstitutional and inorganic” and the plaintiffs’ claims are time-barred, court documents state.

Lujan believes the church is attempting to try to separate itself from Apuron’s motion to dismiss when the Archdiocese of Agana continues to pay his salary and legal fees.

“I really believe this thing about Apuron is a scam by the church,” Lujan said.

He questions why the church agreed to enter into settlement discussions in 72 cases and then “act as if Apuron is out there, operating on his own, acting like a maverick,” insisting on proceeding with his motions to dismiss the lawsuits.

“It’s a ploy,” Lujan said. “If we must, we will go forward. If we go forward and Apuron’s motion is denied, then we may decide not to go forward with the mediation.”

Coadjutor Michael Byrnes has said the Archdiocese of Agana is pushing forward for a global settlement of all the complaints of the victims.

Unless the court indicates otherwise during today’s status conference, Apuron’s motion to dismiss is scheduled to be heard on Aug. 29.

“I feel confident that we will be able to beat that,” Lujan said. “We suspect that the church knows that it can’t go to trial.”