The Chamorro Land Trust Commission anticipates completing 510 land surveys for residential use in fiscal 2022, according to a report provided to Speaker Therese Terlaje. 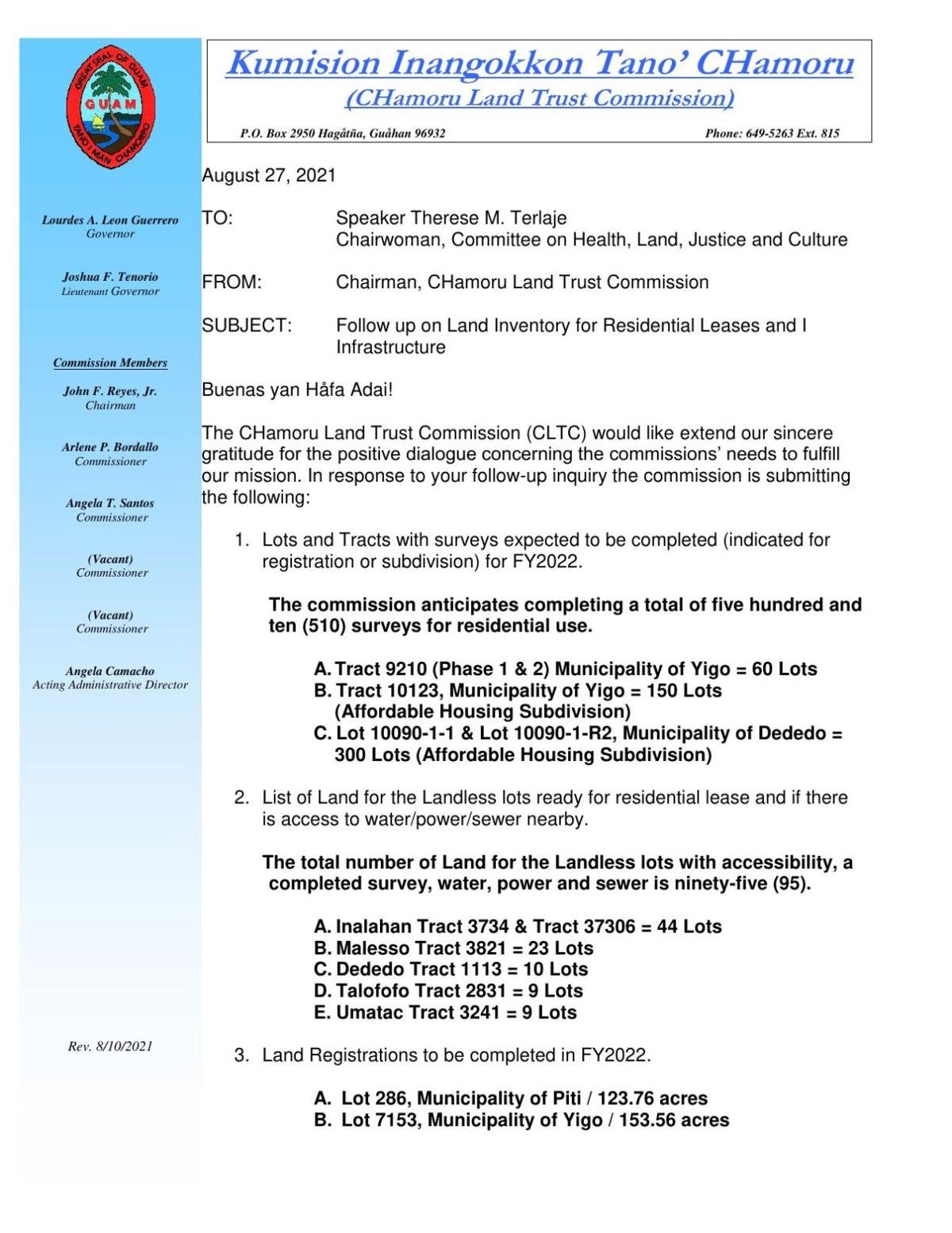 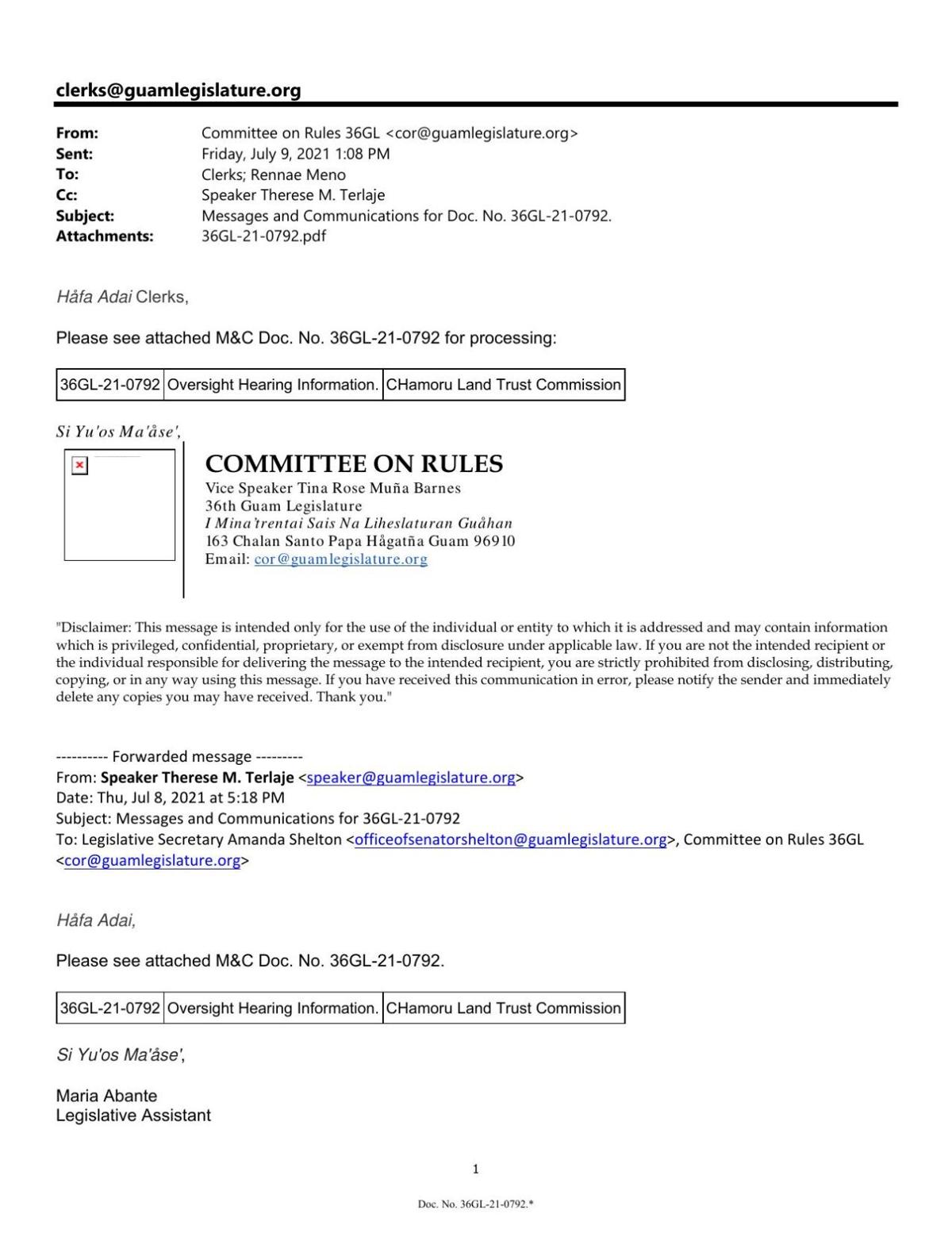 In addition to the surveys, the CLTC plans to complete a number of land registrations for lots in Piti, Yigo, Talofofo and Dededo, with a total of about 553 acres combined.

The speaker submitted several questions to the agency for follow-up after an oversight hearing in June.

The Guam Daily Post submitted questions as well regarding land applications, land inventory and voided leases, but has not received a response from the agency or the commission chair, other than to confirm receipt, a note that some requests were similar to those submitted by the speaker and an indication that a response or discussion would come later. That was also in June.

The information below stems from CLTC reports submitted to the speaker's office in July and late August.

According to the July report, the CLTC received 11,704 paid land applications as of June 24, and awarded 2,905 leases - about a quarter of the applications - as of the same date.

The speaker also requested a proposed draft strategic plan for land registrations and infrastructure, as well as target timelines. But in the August report, CLTC Chairman John F. Reyes Jr. said it would be untimely to release the draft without first obtaining input and review from commissioners.

"As soon as it is approved by the commission a copy will be forwarded immediately. Although, to provide some insight, our strategic plan focuses on 'Improving the way we conduct business, Improving Stewardship, and Creating Clean, Safe and Thriving Neighborhoods,'" Reyes said.

The speaker had also inquired about the priorities for the potential use of American Rescue Plan funds. In the August report, Reyes told the speaker that the priority listing has not been completed, but there are a number of factors that will determine priority.

The CLTC requested a fiscal 2022 budget of a little over $1.1 million to sustain the agency at status quo. More funding would be needed to expand and offer more services, such as the installation of utilities, according to officials. The agency was ultimately appropriated about $1.5 million in the fiscal 2022 budget bill.