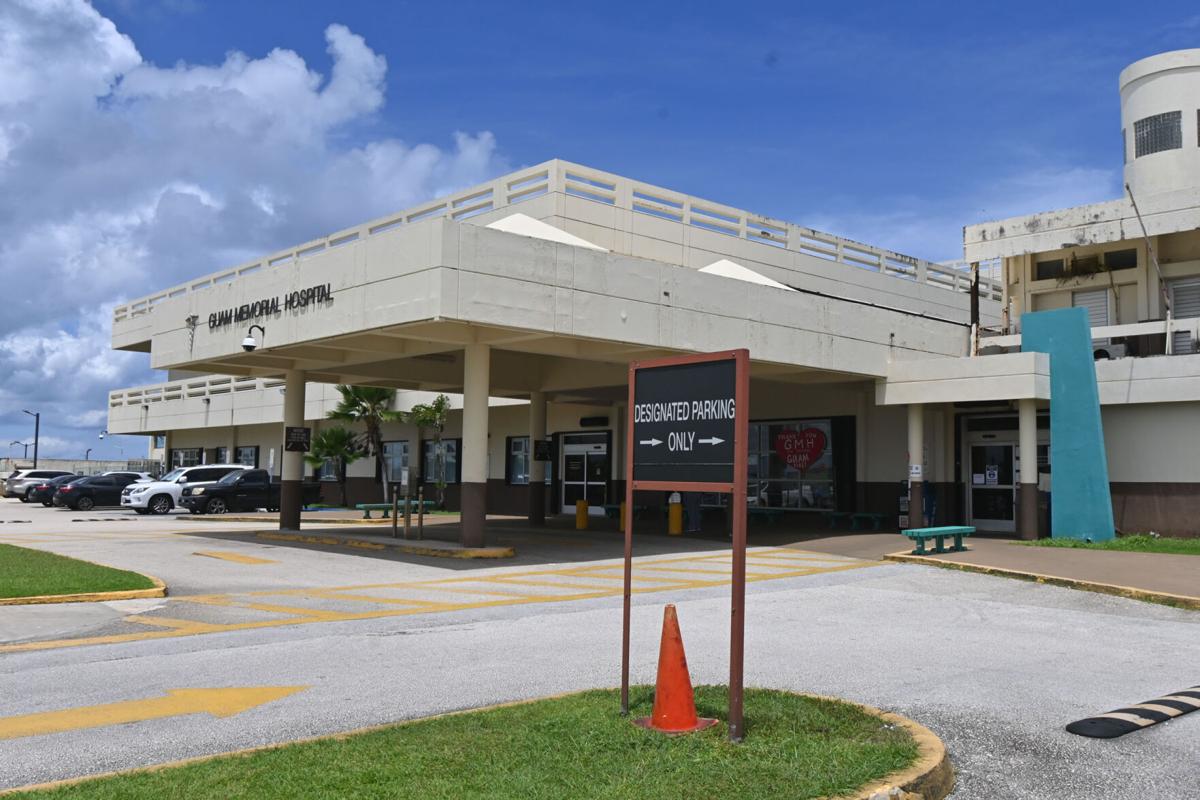 GMH: Guam Memorial Hospital will once again accept TakeCare insurance now that the hospital and insurance company have reached an agreement concerning $17.4 million the hospital says it is owed. Post file photo. 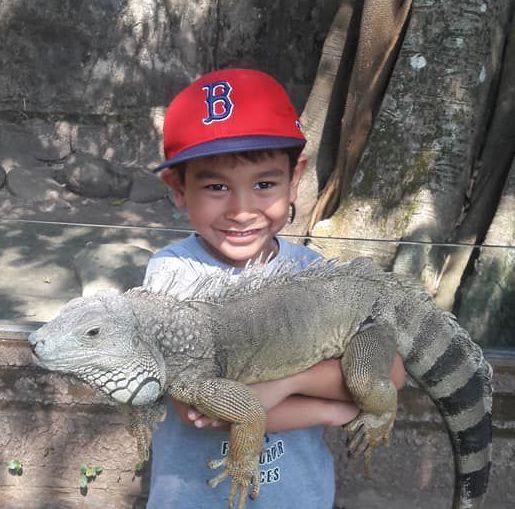 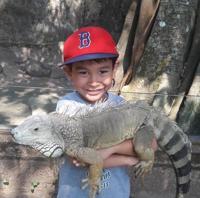 Five-year-old Asher Lubofsky was admitted to the emergency room at Guam Memorial Hospital the morning of Oct. 30, 2018, with complaints of a two-day-long fever and shortness of breath.

The boy was admitted into the hospital's pediatric unit that afternoon. His father sat by his bedside. Asher was alert and breathing easy at the time, according to nurses' notes on his case, but his breath was coarse and his skin pale.

Staff heard lung sounds and chest retraction a little past 8 p.m. – signs that the boy was having a hard time breathing.

He was given oxygen through a plastic tube that goes around the face with short inserts into the nostrils. His breathing sounded coarse. Asher later refused the tube, so a respiratory therapist set up an oxygen mist.

The retractions and coarse breathing continued. His head was elevated and the boy was placed in an oxygen face mask. Tylenol was ordered to counter his fever.

By 3 a.m. the next day, Asher was restless. He complained of chest and back pain. Coarse breathing continued. So did the chest retractions. Staff increased his oxygen. The doctor on call was informed and ordered respiratory treatment by phone. The doctor also ordered capillary blood gas sampling, but results reportedly did not show a high acid level in the blood or that the lungs were having trouble expelling carbon dioxide.

About an hour to an hour and a half later, the boy was irritable and hallucinating. The fever remained. The doctor was called and Solu-medrol IV, used for critically ill patients with asthma, and Tylenol, were administered at 5 a.m. Fever, agitation and occasional hallucinations were still present about two hours later.

The doctor was contacted again at about 7 a.m. A "code blue," which indicates cardiac or respiratory arrest, had been called. Asher was undergoing CPR. He had been found unresponsive a short time earlier.

An emergency room doctor attended to the boy at the hospital. But by 7:16 a.m., the boy was dead.

These details are now public following a U.S. Centers for Medicare and Medicaid Services investigation into the boy's death.

CMS investigated the case, along with three other complaints, during a weeklong visit to GMH in mid-2019. This contributed to a deficiency issued on the standard for nursing care at the government-run hospital.

There was some disagreement on how the treatment should have been handled, based on interview notes. The investigation also revealed that staff did not consider calling for additional resources to assist with assessing Asher, despite the boy's deteriorating respiratory conditions.

CMS conducted a revisit, recertification survey and complaints investigation between April 29 and May 3, 2019, according to GMH Administrator Lillian Perez-Posadas.

CMS does not provide the details of a complaint and only informs the hospital that a complaint exists, she said.

Two of the complaints involved concerns self-reported by the hospital, and of which investigations had already begun prior to the surveyor's arrival, Perez-Posadas said.

The Guam Daily Post requested the additional CMS investigation reports, but GMH has not yet responded to the request.

The complaint related to Asher was substantiated by CMS.

GMH has implemented corrective measures, but these initiatives, including the creation of policy on the use of the Pediatric Early Warning Score, used to measure and predict a child's clinical status, were not completed until June 2019.

There was no effort to implement policy improvements immediately after Asher's death, nor was the case evaluated despite a requirement to do so, according to CMS' notes of interviews with hospital staff.

The investigation report states that GMH failed to provide adequate nursing care for two of 12 sampled patients, identified as Patient 4 and Patient 6. Asher is Patient 6. The documents state that a nurse failed to monitor Patient 4 during a routine hemodialysis treatment and he died. Details of the hemodialysis patient's case were not available as of press time.

Nurses also failed to monitor and use all available resources for Asher, CMS stated.

CMS began reviewing records regarding Asher's death on April 29, 2019, and interviews were conducted over the next few days.

No names are used in the documents but officials are identified with numbers.

Staff 5 told CMS that there were no initiatives implemented for improvement following Asher's death and that "staff did everything right."

Staff 6 acknowledged that Lubfosky experienced continuing status changes and difficulty breathing through her shift, from 7 p.m. to 7 a.m. His vital signs were in the abnormal range but she expected him to improve with medication, according to the interview notes. She did not consider calling a nursing supervisor or doctor to evaluate the child's condition.

While Asher was not placed into the pediatric Intensive Care Unit, Staff 6 indicated that he was moved closer to the nursing station for close monitoring.

When asked if she knew she could call for a code prior to Asher being unresponsive and not responding positively to treatment, Staff 6 indicated that "I have taken care of patients who are sicker than Patient 6."

Respiratory Staff 9 acknowledged that Asher's respiratory status and vital signs were abnormal. Staff 9 said a breathing tube would have been the best option when asked what she would have considered for the child.

Other staffers also stated that they did not consider calling for a doctor or supervisor for an in-person evaluation of Asher. It was also repeatedly stated that a rapid response team was not available for pediatrics at GMH.

However, an administrative staffer, identified as Staff 3, told CMS that a rapid response team is available for the entire hospital and she was not sure why pediatric staff did not call for backup. Staff 3 also told CMS that based on the child's documented clinical status, pediatric staff should have considered elevating his level of care to a higher level, such as intensive care.

Another administrator, identified as Staff 2, acknowledged that after Asher's death, the hospital took no action and the risk management team did not do a root cause analysis to investigate concerns for possible improvement. This staffer also confirmed that Asher's death should have been evaluated because it is hospital policy to investigate all deaths that occur during the first 24 hours of admission.

Administrative Staff 12 said she reviewed Asher's clinical record and identified opportunities for improvement but only became aware of the incident during the CMS investigation – about six months after Asher's death.

Another administrative staffer, Staff 13, said she heard of the incident during a meeting but did not take action for process improvements, and indicated Asher's case was not prioritized appropriately.

Medical Staff 16 said he conducted a peer review and took a quick look at documentation concerning Asher but identified no concerns with medical care given.

Medical Staff 14 said Asher was stable after emergency room treatment and worsening respiratory conditions overnight were unexpected, but nursing staff should have conveyed the urgency of symptoms to the primary doctor for other actions to be taken.

Medical Staff 15, who was the doctor on call, said that he spoke to a nurse twice and gave orders. The last report he received was the capillary blood gas results and no further calls indicated worsening respiratory status or that Asher was not responding to treatment.

The nurse did not communicate the urgency of the symptoms, otherwise he would have come in to assess the patient or call the emergency room doctor to evaluate him, Staff 15 stated to CMS. The plan was to see Asher in the morning, the doctor said.

The pediatric unit supervisor also provided education and training on respiratory assessment of pediatric patients, according to the investigation report, which was completed on May 30, 2019. An access tool to reference the PEWS scoring assessment and normal vital sign values for the pediatric population was distributed to pediatric staff on May 15, 2019.

Asher's case has been publicized repeatedly in media, including calls to repeal Guam's Medical Malpractice Mandatory Arbitration Act. A government claim was filed against GMH for the boy's death, and subsequently taken to the Superior Court of Guam through a lawsuit.

GMH continues to retain CMS certification. The hospital was out of compliance with three conditions of participation: governing body, nursing services and anesthesia services, Perez-Posadas said.

"As such, the hospital had to undergo another on-site visit by the CMS surveyors of which a Plan of Corrective actions was submitted immediately upon receiving Statement of Deficiency report from CMS," she said.

The POC was accepted and the hospital continues to be certified by CMS, she said.