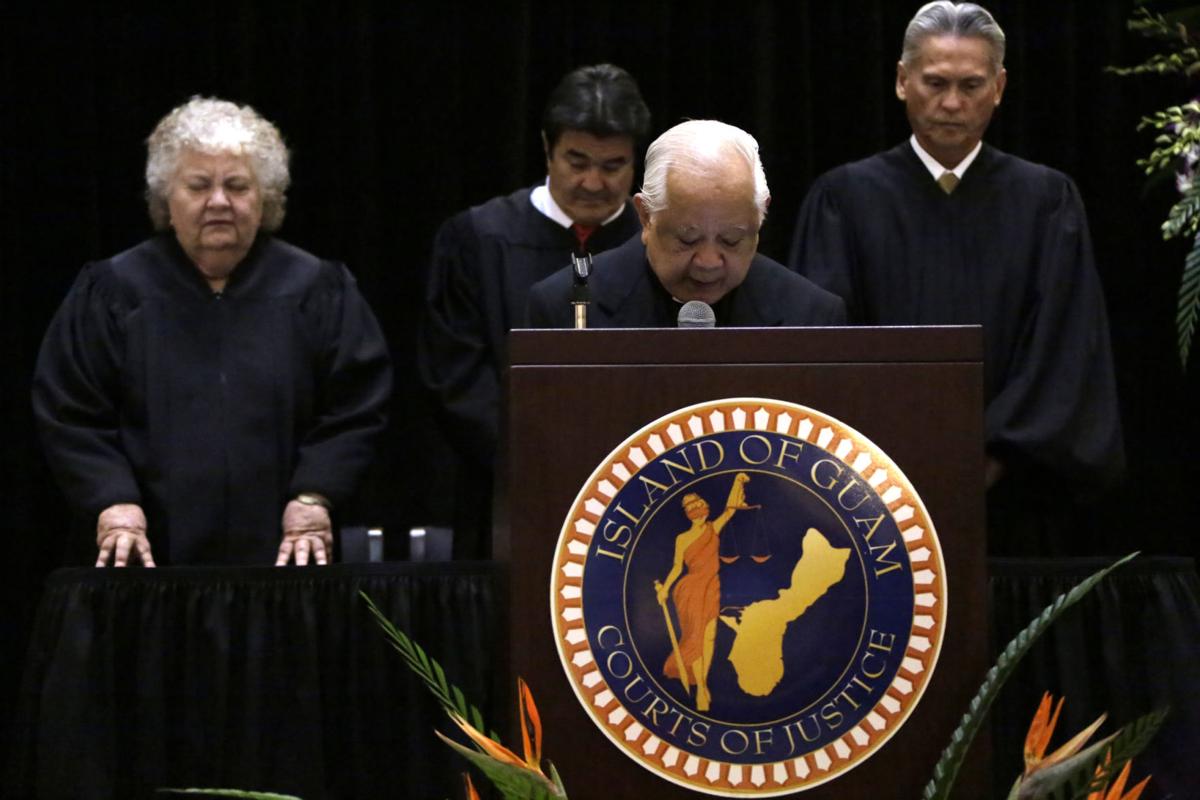 MOURNED: Monsignor David Quitugua delivers the invocation during an investiture ceremony for Benjamin C. Sison Jr. as magistrate for the Superior Court of Guam on Oct. 25, 2016. Post file photo 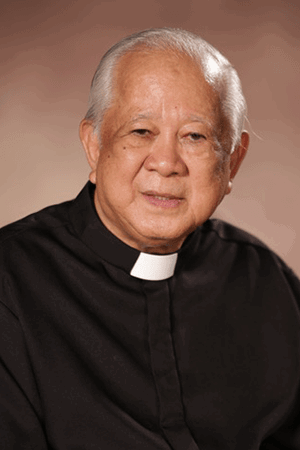 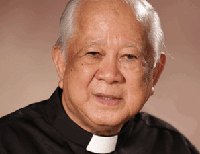 Congressman Michael San Nicolas released a statement regarding Quitugua, his uncle, whom he confirmed tested positive for the respiratory illness.

"This hurts. Bad. In a time of much pain and ugliness it was always reassuring to know that a man of such holiness as Monsignor Quitugua was not only there as a spiritual guide but as family. This past year has been hard, and it is made harder still...but Lord we declare that all good things come from You, he was of You, we present his Soul to You, and we pledge in our pain our devotion to You. Amen."

According to the Joint Information Center, which doesn't name Quitugua, an 84-year-old man with underlying health conditions passed away at Guam Memorial Hospital at approximately 4:30 p.m. Tuesday. He was initially admitted to GMH on Sept. 3 and tested positive for COVID-19 during initial work-up.

“Our grief continues as we lose another to COVID-19. Jeff, Lt. Governor Josh, and I express our sincerest condolences and sympathies to his family and friends, and they will remain in our thoughts and prayers,” said Gov. Lou Leon Guerrero. “I know these announcements have taken their toll on us all, but I want you to know that you are not alone. The virus may be cruel, but it is not stronger than the love we have for each other. Our island must remain committed to protecting each other and keeping each other safe. That is the only way we can get through this.”

Just hours ago, the government announced that a 45-year-old woman with underlying health conditions was the 27th person whose death was linked to COVID-19.

The Archdiocese of Agana sent out a statement on the passing of Quitugua, who they described as "a beloved Chamorro clergyman who served faithfully in the Catholic Church for 56 years."

Monsignor David, passed away today, Sept. 15, 2020 at the age of 84. Archbishop Michael Byrnes extends his deepest prayers and condolences to the Quitugua family, his fellow clergymen and all in our Catholic Church and community in general, the press release stated.

A very kind, loving and gentle priest, Monsignor David was ordained a priest on Feb. 11, 1964 by then Bishop Apollinaris Baumgartner at the Agana Cathedral.

He celebrated his 50th golden jubilee as a priest in 2014 surrounded by numerous family members, supporters and members of his San Juan Bautista parish.

Monsignor David is also well known as one of the main founders of Guam’s Catholic Social Service, a longtime faith-based non-profit organization devoted to helping the island’s needy.

In May of 1975, the late Archbishop Felixberto C. Flores assigned then Father David I. A. Quitugua to supervise the resettlement program for thousands of Vietnamese refugees on Guam who were homeless and jobless. He received a “Distinguished Humanitarian Award" from the United States Catholic Conference for his work.

In an effort to respond to the social needs of Guam, then Father David founded the Catholic Social Services in 1977, and served as its first Director.

The Archdiocese will release more information regarding Masses and Rosaries in the days to come.