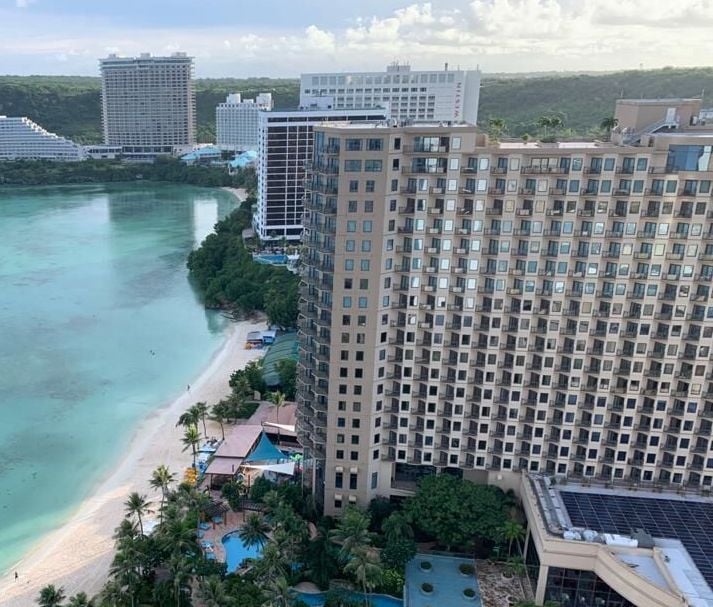 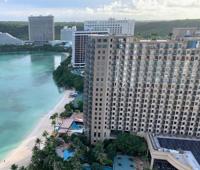 'IN THE DARK': The Dusit Beach Resort Guam, front, is shown in Tumon Bay. The hotel is one of the government quarantine sites for incoming travelers. Daily Post Staff 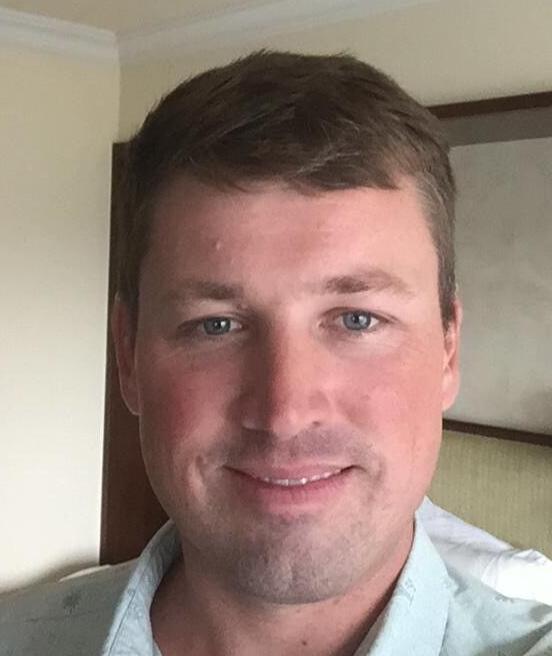 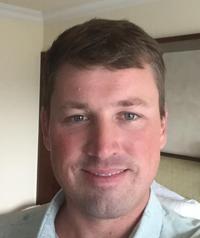 QUARANTINED: Marcus Lang has spent nearly two weeks at the Department of Defense quarantine facility at the Westin Guam Resort in Tumon. Courtesy of Marcus Lang

Additional concerns surfaced after a Superior Court of Guam judge ruled that the government of Guam has disregarded one family’s fundamental civil liberties and left quarantined individuals "in the dark" about their due process rights to petition the court for their release.

The Guam attorney general's office stated "the court’s decision was disappointing and we disagree with the judge’s analysis but the important work of (the Department of Public Health and Social Services) must continue so we are discussing available options with our client."

The case was filed on behalf of Guam Customs and Quarantine officer and Dededo resident Eugene Igros and his children.

Since then, several other people in both GovGuam and Department of Defense designated quarantine sites have reached out to The Guam Daily Post to share their concerns.

Ronnie Treaster and his family are returning Guam residents who have been quarantined at the Dusit Beach Resort Guam in Tumon since Aug. 31.

“We are pretty much in a 15x15 room with three people and one is a teenage girl. I’ve been stressing on all of this,” said Treaster, who works for the Air Force. “I am really surprised. It’s kind of like they are treating everyone like children.”

Treaster said they left Guam in mid-August for a family emergency.

It was when they arrived at the A.B. Won Pat International Airport that he had to sign the quarantine document that states they agree to a voluntary quarantine.

“I crossed out the voluntarily. I still signed it because it was either sign it or pretty much get arrested,” he said.

The family’s experience has been anything but pleasant, and he feels, as a returning Guam resident, that their stay was also a waste of government funding.

“This is pretty much one of the hotspots. I don’t think I should be treated like a child to sit in a hotel room when I could’ve sat at home. I am not sure how much they are paying for this. But I think the money could have been spent elsewhere helping local businesses and the people of Guam versus all the money they are wasting putting everybody in a hotel,” he said.

It was only after the family was finally able to speak with the Department of Public Health Director Art San Agustin directly, which allowed them to air their concerns, that the director agreed to have them released on Monday afternoon – the day before they were originally scheduled to be released.

“There’s no plan in place. They are just going with it as it goes,” he said.

‘I don’t feel that I should be in this hotel’

Marcus Lang, an engineer who provides services to the merchant marine, and a returning Guam resident, said he left the island in July for a family emergency, and returned on Sept. 8 with four negative test results.

Lang, who lives in Asan, shared more of his concerns with the Post on Monday.

He said his company made a request on his behalf as an essential worker to both the DOD and GovGuam. DOD denied his request, but DPHSS is still reviewing the request that they received.

He’s been at the Westin, which is not a government of Guam site, awaiting word for the past week to find out if he would be allowed to continue his quarantine from home.

“I kind of been barking up a bunch of different trees – Why am I here? Why did I get put here? Who’s in charge of me being here?” Lang said. “When I came back, I knew I would have to quarantine. I wasn’t blind to that fact, but I didn’t think I would be stuck in the hotel room.”

Lang was denied his request by the military to bypass the quarantine and be allowed restricted movement as an essential worker.

His days have been a waiting game to get clarity and answers.

“I don’t mind being quarantined. I understand the requirement of it, but what I don’t understand is the being kept in the dark and I think that’s what so many of the people in quarantine are forced into,” he said. “I don’t feel that I should be in this hotel.”

Lang is also having to pay the nightly costs for the room and expenses for food, as he said he is not allowed to have any food delivered from outside the hotel.

He hopes the confusion is resolved soon.

“It’s not a vacation I wanted to take. I’ve got a house 10 miles from here, in Asan,” Lang said. “It’s costing me more money than I normally budget for food.”

Vera Topasna, the government of Guam's Military Buildup Office executive director, who also works as the liaison to DOD, told the Post that they are closely monitoring Lang’s situation, adding that DPHSS is reviewing his case to determine their next steps.