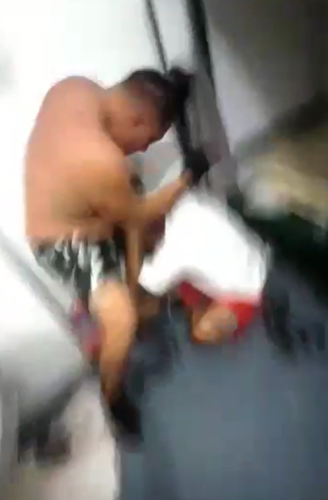 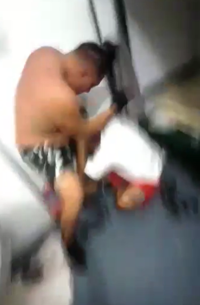 ATTACK: Image taken from cellphone video that purportedly captured an inmate assaulting another inmate inside the Department of Corrections prison. Contributed image 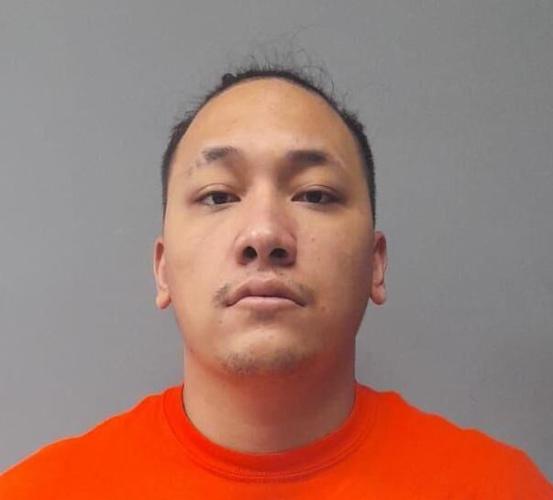 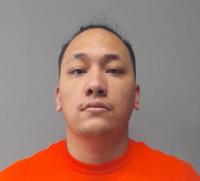 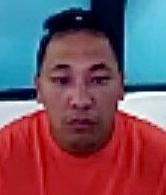 A convicted robber has been moved to another area in the Department of Corrections prison in Mangilao after he was identified as the suspect in the video-recorded attack on another prisoner.

The incident is being investigated by the Department of Corrections and detectives with the Guam Police Department.

Jesse Joe San Nicolas Delgado, 27, is facing new charges of aggravated assault. He was placed in administrative segregation. Delgado is serving a six-year sentence in connection with a slew of armed robberies reported in 2018.

The video shows an inmate repeatedly kicking, punching, and throwing another inmate around inside a cell at the Mangilao compound.

“What did I do, par?” the inmate was heard saying in the video, as he tried to block the attacks. “I didn’t do anything, man.”

The recording went on for about 50 seconds.

Prison officials confirmed that the person behind the camera who captured the attack was also an inmate. Investigators are now trying to determine how he was able to smuggle the contraband into the facility.

He said officers were doing a headcount when they noticed the injured prisoner. The prisoner was treated for his injuries and moved to another housing unit. However, he refused to name his attacker.

It was after authorities received a copy of the video that they identified the alleged attacker.

“I am extremely concerned and troubled that this incident occurred, and we are committed to bringing this assailant to justice and prosecuted to the fullest extent of the law,” said Camacho. “At this time, my main focus is to protect the victim from further harm and to ensure other prisoners are protected as well. We will be looking into all aspects of this case to include investigating officers on duty at the time of the incident. We are immediately reviewing all our security policies and procedures and enhance protective measures.”

Consider tutoring for your child this summer

If your children did not do as well as you had hoped this school year, there are several things you can do to help them improve their academic… Read more