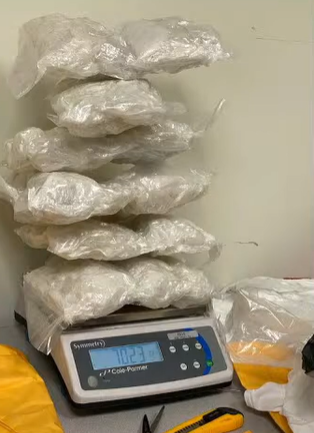 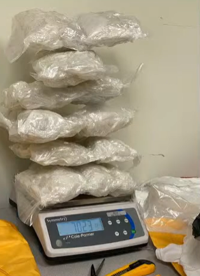 BY THE POUNDS: The Guam Customs and Quarantine Agency shows photos of pounds of seized methamphetamine at its proposed budget presentation in the Guam Congress Building on Wednesday. Contributed image 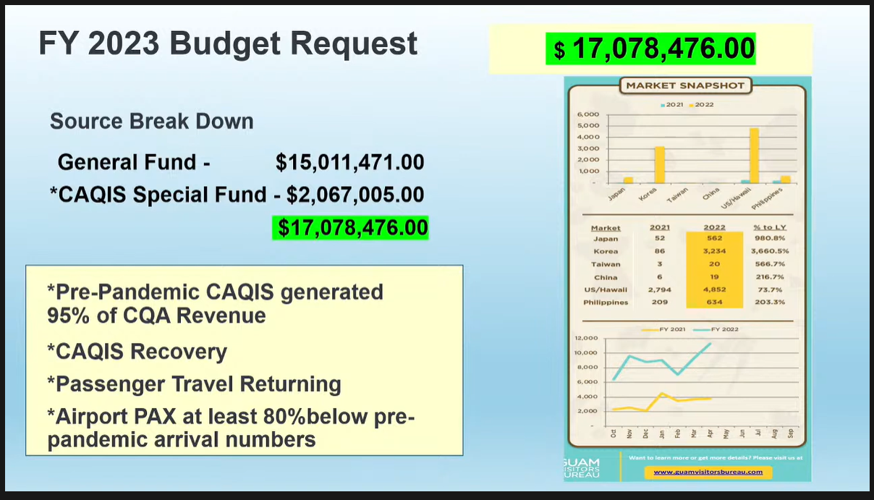 BY THE POUNDS: The Guam Customs and Quarantine Agency shows photos of pounds of seized methamphetamine at its proposed budget presentation in the Guam Congress Building on Wednesday. Contributed image

A spike in drug-smuggling attempts through Guam’s borders was foiled by agents with Guam Customs and Quarantine in 2021.

Customs Director Ike Peredo told senators during his agency's budget hearing at the Guam Congress Building on Wednesday that his officers were able to stop more drugs from coming into the island even with limited staff and resources.

“Customs continues to combat the growing influx of illicit drugs, especially methamphetamines at our borders,” Peredo said. “This amount represents an increase of 85 pounds in methamphetamine seizures at Guam’s borders compared to 110 pounds seized in 2020.”

He added that 174 pounds of marijuana were seized last year compared to the 63.2 pounds tracked down the year prior.

He told senators the goal is to hire 20 Customs trainees, fill 10 vacancies, train eight new canine handlers, and get a new mobile X-ray scanner and handheld X-ray scanner with their upcoming budget to increase meth interdiction.

Peredo presented a $17 million budget request for fiscal year 2023 with $2 million coming from special funds and the remainder from the general fund.

He admitted his agency owes the A.B. Won Pat International Airport more than $2 million for rent that remains unpaid from last year, noting the drastic decline in passenger travel over the past two years during the pandemic.

“Revenue from passenger inspection fees, 85% of which are paid by passengers, support the budget of Customs operations. The pandemic caused a reduction of more than $13 million in Custom passenger fees for (fiscal) 2021,” he said.

Peredo said while the travel market to Guam is slowly recovering, it is not projected to get back to normal any time soon.

In 2018, the prior administration paid for a study of the effectiveness of its Mandaña task force. The study reviewed results. Specifically, t… Read more