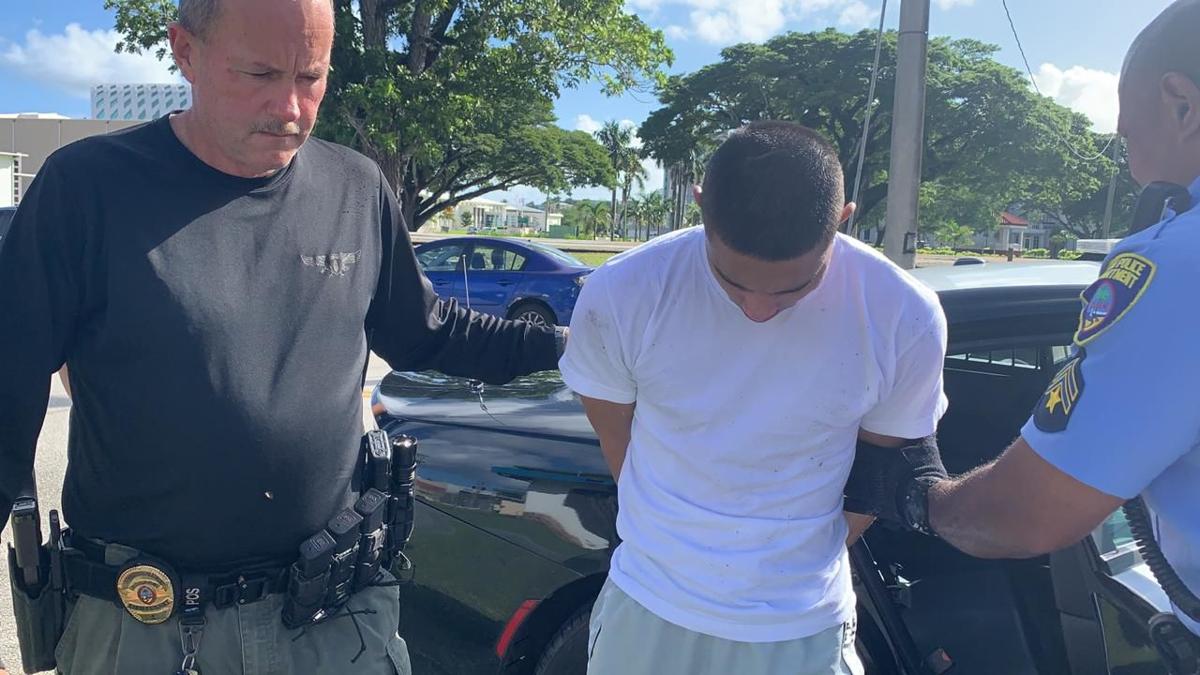 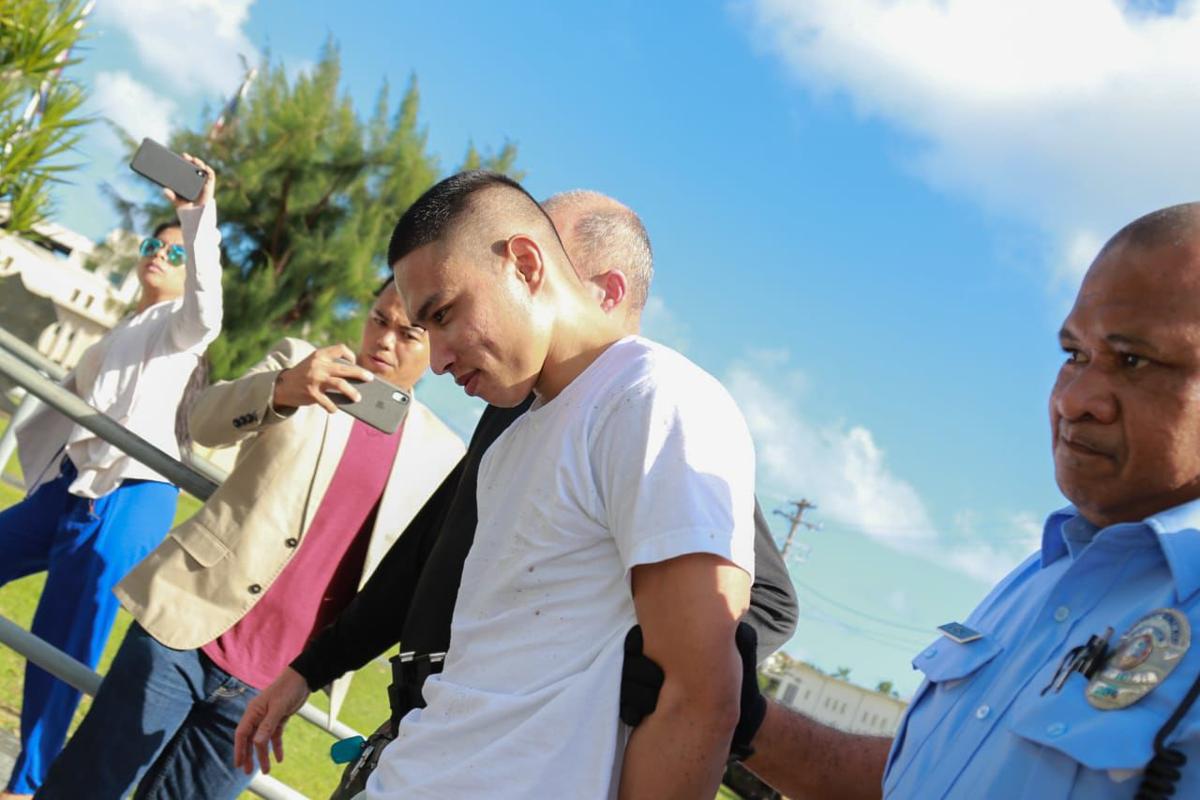 CAPTURED: Police escort Patrick Hernandez in Hagåtña after his capture. Hernandez escaped in November from the Hagåtña Detention Facility but was recaptured in Maina. Post file photo

CAPTURED: Police escort Patrick Hernandez in Hagåtña after his capture. Hernandez escaped in November from the Hagåtña Detention Facility but was recaptured in Maina. Post file photo

Guam Police Department officers took detainee Patrick Hernandez back into custody after he was caught at the Maina church this morning.

Hernandez escaped from the Hagatna Detention Facility around 7:15 a.m..

The detainee has been in custody since September when he was arrested and charged with driving while impaired, giving bribes, resisting arrest, having no driver's license, no registration, no insurance and disobeying a stop sign.

Department of Corrections Internal Affairs officers are now investigating how Hernandez escaped from the facility.

The Guam Daily Post has learned Hernandez was outside for fresh air and may have escaped when the gates opened during a morning delivery.