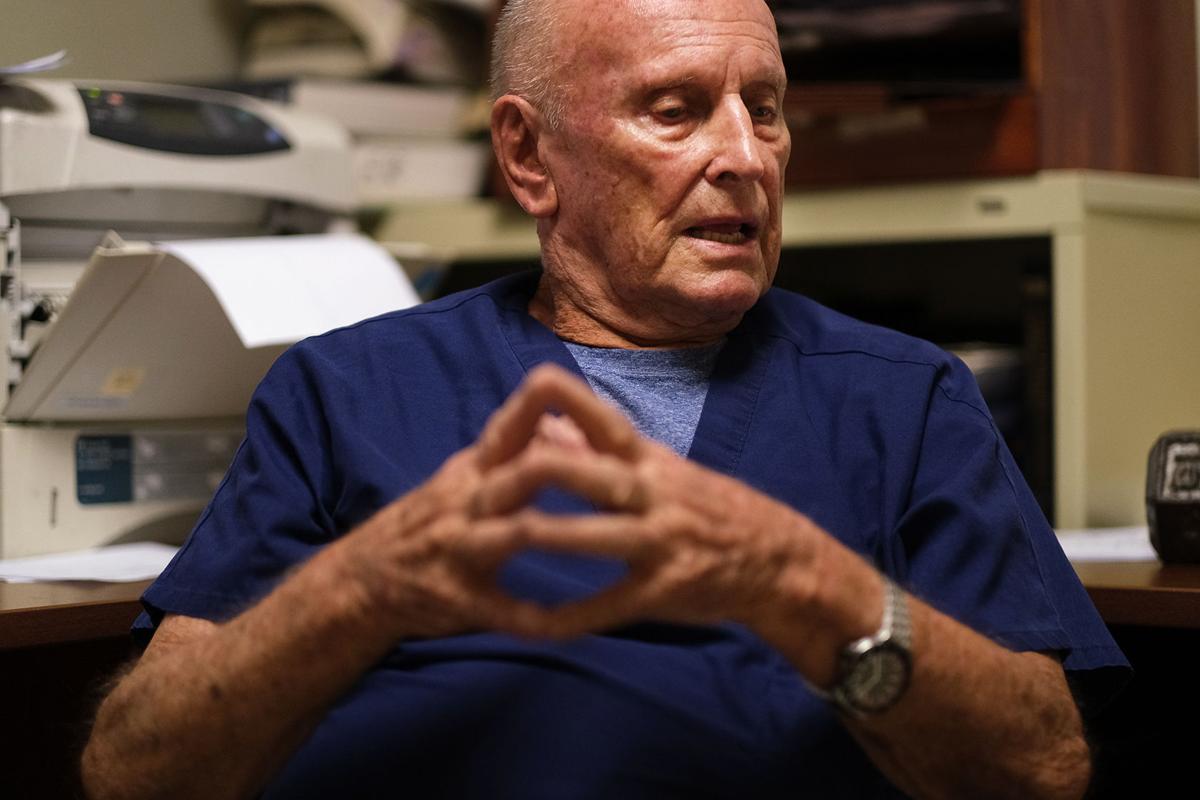 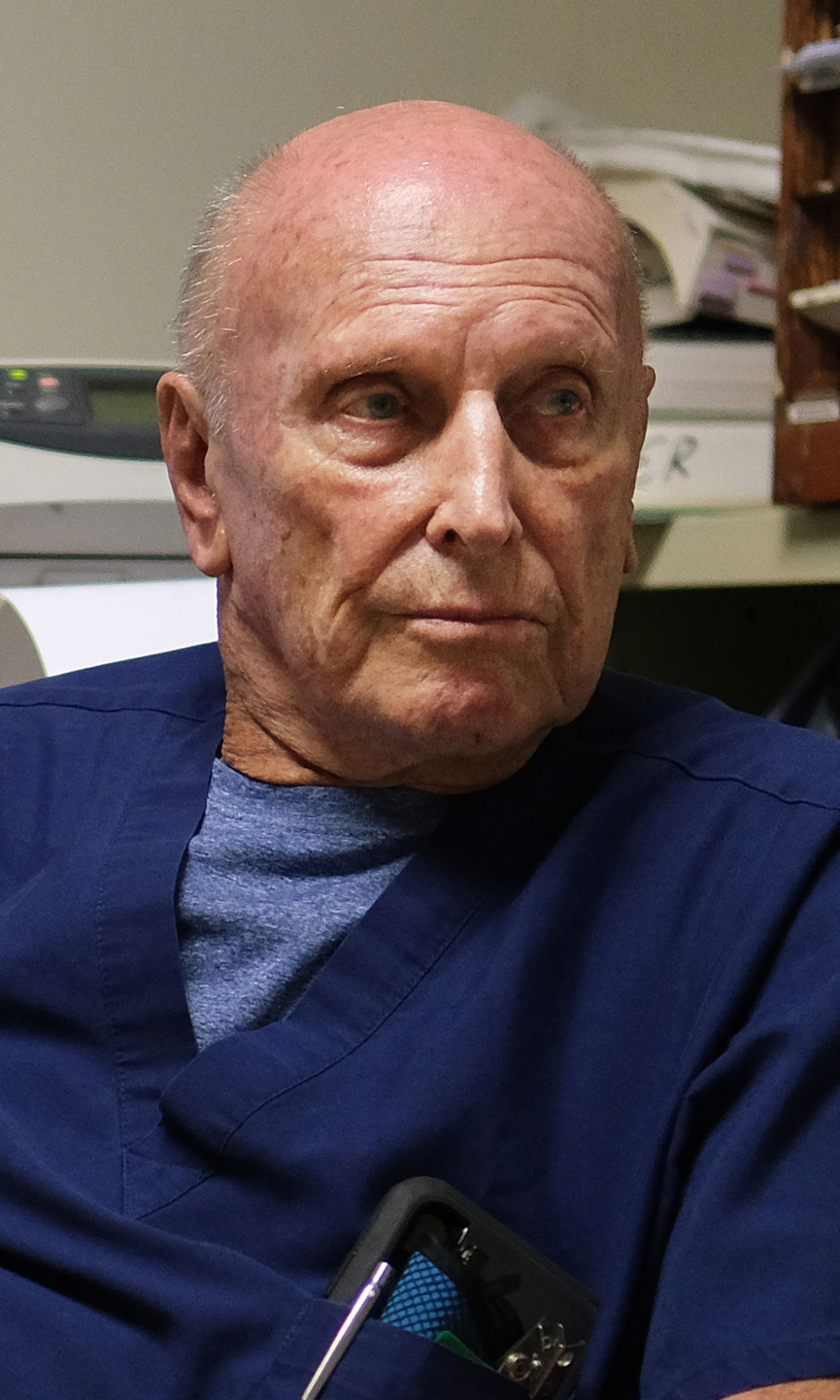 A 24-year emergency room doctor at Guam Memorial Hospital is calling on the Legislature and FBI to investigate complaints of poor management, conduct a financial audit, and look into the public hospital's use of federal funds.

Dr. James Last, in a letter to The Guam Daily Post, raised concerns of “corruption and mismanagement present at GMH.” He said the Legislature shouldn’t hold public hearings for “discontented” doctors to “elaborate their fancied wrongs ad nauseam (repeated so often that it has become annoying or tiresome)” and instead create a fact-finding team.

“Also, with most of the hospital funding coming from Medicaid and Medicare, I think it is only right and proper that the FBI investigate GMH for improper dispersal of United States taxpayers’ funds,” Last said.

The Guam Daily Post sent GMH questions regarding Last’s letter, and the hospital authority said it will provide a response sometime this week.

Last’s letter outlines concerns with diversion of patients, nurses’ salaries, and other conditions at GMH that he said falls squarely in the laps of two of the governor’s appointees, whom he said lack the knowledge and experience to do their respective jobs.

GMH has suffered from a lack of revenues because it is required to treat everyone who walks through its doors, regardless of their ability to pay. Additionally, efforts for the government to provide financial support to cover the $30 million annual shortfall at the island’s only public hospital have fallen by the wayside.

Last said he acknowledges that GMH hasn’t had an easy road of it.

He said working at the emergency room has always been a “challenging position, but also rewarding. ... However, the last three or four months' conditions in the ER have become intolerable.”

He said that in the last two months, about 90% of patient admissions to the emergency room have been diverted because other areas of the hospital can’t take patients.

“The ER has become overcrowded with up to 15 to 24 patients who have been admitted to the hospital but kept for days waiting for beds upstairs on the floors,” he said. “Not only is this poor medicine, but (it is also) dangerous to patients’ health and safety. They lie throughout the hallway coughing and choking with black mold emanating from the vents overhead; they have to attend to their personal needs with visitors walking up and down the hallways and are exposed to all the noise and trauma without even so much as safety curtains.”

He said while the patients are in the “hallways because of lack of appropriate beds,” this means they lack monitors to follow their progress and "are at risk of shock or, worse still, cardiac arrest."

Responsibility for these conditions, he said, “lies squarely at the feet of Drs. (Annie) Bordallo, OB-GYN, and (Joleen) Aguon, a pulmonologist.” He said they are good doctors in their own right but “were appointed by the governor to be medical directors without regard to experience, knowledge or ability of running the various hospital departments.”

Bordallo and Aguon are the associate administrators of medical and clinical services, respectively, at GMH.

“They’re appointees, and I’m sorry to say the governor appointed a couple of friends,” Last said.

“Prior to their inauguration, each (department) was run by a (medical director) board-certified in that specialty, and the department board was responsible for the care and running of their departments. No more – now all (departments) are run by the downstairs administration.”

GMH administrators have confirmed there were days in previous months that they have had to divert ER patients to other hospitals, primarily due to a shortage of nurses in various areas of the hospitals to which patients are being admitted. Even if there are beds available, GMH didn’t have enough nurses in that section to take care of all patients if those beds were filled.

Last, a board-certified emergency and internal medicine doctor, said that’s a valid argument but adds: “The reason there aren’t enough nurses is because you don’t pay them.”

GMH has recently hired graduates of the University of Guam nursing program and requested extra funding for nurses' salaries. Additionally, GMH Administrator Lillian Perez-Posadas has said she’s looking forward to the compensation review that was recommended by the governor in her fiscal 2020 budget request.

In an interview with the Post, Last said he recommends a $10-per-hour pay increase for “on-hand nurses,” or those who are working directly with patients and providing medical services, and not those who “sit behind desks.”

“We have nurses who have been placed in administrative positions ... or were placed on committees ... they sit behind desks and write reports. I’m talking about giving raises to nurses who are running around helping patients. Some of our nurses here in the ER are running themselves ragged,” he said.

‘You only need one’

Funding for nurses’ salaries can be found by cutting high-paid positions in administration, he said, pointing to the medical directors. “You only need one.”

He said Aguon and Bordallo each are receiving $225,000 annually for essentially a “part-time job.”

He also noted that Aguon receives additional compensation for other jobs such as running the Intensive Care Unit and the Cardiac/Coronary Care Unit, and the medical clinic for the Department of Corrections.

“And at one time she was also billing for procedures she did in the hospital,” Last said, noting that emergency room doctors “do many procedures that we don’t bill for because it is part of the job.”

He said the practice of paying doctors additional for what should be considered a part of their job goes back years. He pointed out that Dr. Larry Lizama also served as the medical director and oversaw DOC.

“To his credit, he kept his hands off of most of the departments, most of all the ER,” Last said.

He said Aguon and Bordallo have their hands in all parts of the hospital, and that doesn’t help, he said, because of their limited knowledge of operations outside of their field.

“If you’re a surgeon, you can’t do internal medicine. Doctors are trained for specific tasks, and if you work in the emergency room, you know that task," he stated. "The surgeons, they know what goes on in surgery. OB decides what goes into OB.”

During his interview with the Post, Last said he’s taking a leave of absence. He was expecting to return for work over the holidays, something he said he does so other doctors can take time off for family.

However, frustrated with how things are being run at the hospital, he said that leave may become extended.

“I don’t know if you can feel my exasperation. It’s an anger. I thought we were doing a good job, but now ...,” he paused.

As a contracted doctor with GMH, and in light of voicing his concerns in the media, his contract may not be renewed, but he had to speak out, he said.

“My father taught me to be honest, if nothing else,” he said. “And when I see this abuse of the monies, there’s a little feeling of disgust in me.”