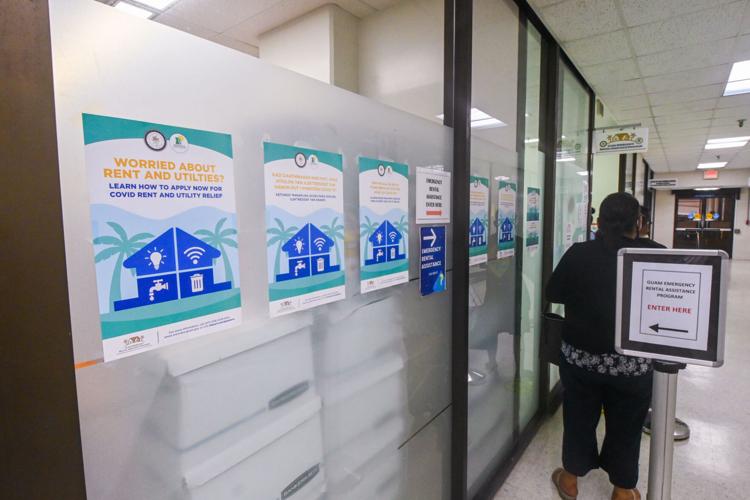 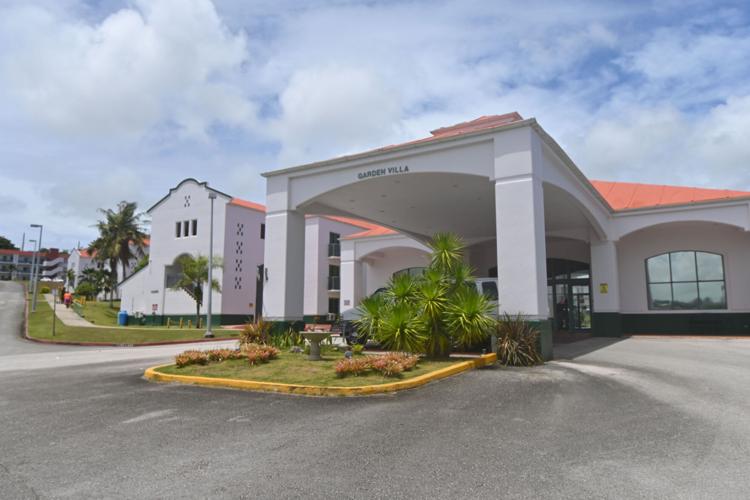 EVICTION: The Garden Villa Hotel is seen May 12 in Tumon. Some families under a federally funded pandemic rent aid program have been evicted or face eviction from the Tumon property. David Castro/The Guam Daily Post

EVICTION: The Garden Villa Hotel is seen May 12 in Tumon. Some families under a federally funded pandemic rent aid program have been evicted or face eviction from the Tumon property. David Castro/The Guam Daily Post

Finding a home when you’re already homeless is a tough situation to be in, especially if you have a family.

When Mona Mesa qualified for the Emergency Rental Assistance Program, which is federally funded but being run by the government of Guam, she was relieved she had a little more time to find a roof over her family’s heads.

The program provides 15 months of assistance in paying back rent and utilities, as well as aid for temporarily displaced families. But in the last three months, Mesa has come across a number of hurdles as an ERA I recipient in her search for a home.

On May 7, she and her family, along with 15 other families under the ERA I program, were evicted from Garden Villa Hotel. They were given three days to leave the premises.

The hotel's management cited a number of reasons, including incidents that affect the safety of other guests at the property in the Tumon tourist district, and a need to free up rooms as tourists begin coming back to Guam.

'We've given them multiple chances'

“As you mentioned with the letter, we did send out eviction notices because of the safety of the hotel. There have been multiple incidences that have happened on our property that hindered our operations and made it an unsafe environment,” said hotel manager Brandon Javier. “It's been different guests here and there, but a lot of the tenants that were here all had their share of incidences and occurrences. We’ve given them multiple chances.”

The incidents involving some ERA I tenants rose to the level of police intervention. Mesa contends that she and her family abided by the rules, but still received the three-day notice of eviction. The eviction is at the landlord’s discretion, according to the Department of Administration, which distributes the funds for the program.

“We have no authority to force any landlord to house any tenant. The purpose of the program is for the landlord to be compensated for the fact that the tenants don’t have sufficient income for the rent and the utilities. We found that place in order to temporarily house people who had lost their housing previously. The last thing you want is lots of families roaming around unable to find accommodations,” said Department of Administration Director Edward Birn.

Garden Villa began accepting ERA I recipients in December 2021 and has housed two types of ERA I recipients. Sixteen families stayed at the hotel under temporary displacement housing with a daily contract, while 21 families were on a monthly contract paid until the end of May. Once May ends, the remaining 21 families also will have to find another place to stay.

“We asked Garden Villa if they can take them, but now they’ve found other uses for the property, which is presumably more lucrative. As you know, the demand for housing on Guam is ramping up because we’re getting so many people from the military or military support, so we are competing with those kinds of tenants,” Birn said.

Participation in an emergency rental aid program for landlords is voluntary and, with tourism reopening, Javier said, the hotel no longer has space for ERA recipients.

“Starting on June 1, we picked up two contracts with other tourism industries and our hotel occupancy is going to be fully booked, so we are not able to house. With the nightly stays, if the reservations are not booked up to that day, it's not guaranteed. With our group stay, they are already paid and guaranteed,” Javier said.

Mesa had been staying at Garden Villa with her three daughters since February. She said finding a landlord willing to take ERA tenants has been hard.

“There’s a problem of people accepting ERA vouchers on the island right now. I don’t know the reason, but I’ve searched and all I know is I keep getting red lights everywhere,” Mesa said.

Because of the temporary nature of the ERA I program, many landlords are hesitant, as many offer yearly leases as opposed to monthly.

Since being evicted, Mesa has had to separate her family. Her daughters are temporarily living with their father, while Mesa is staying with a friend.

“By 11 o’clock Monday night I was outside with my daughters with all of our things, without a place to go. I ended up sending my daughters to stay with their dad for the time being," she said. “It's been tough, we are apart and I’ve been thinking about us being apart and how they are doing and I have to focus on what I need to do. I just don’t know where to turn to now.”

'They shut me down at "hello"'

Mesa remains hopeful she will find a landlord willing to take in an ERA recipient.

“Right now, I am in limbo, I am at a loss,” she said. “I’ve spoken to a couple of realtors and they shut me down at 'hello,' once they hear ERA, they say they’re not accepting at this time. I am just looking for a lucky break.”