SCENE OF SHOOTING: Yellow police tape and shattered glass are seen Wednesday at this apartment complex along Bonito Street in Tamuning after a fatal shooting that involved police officers. Four police officers are on leave while an investigation is underway. Certain officers fired shots at a parked car, killing the driver and injuring a female passenger. Police said the car had been reported stolen. David Castro/The Guam Daily Post 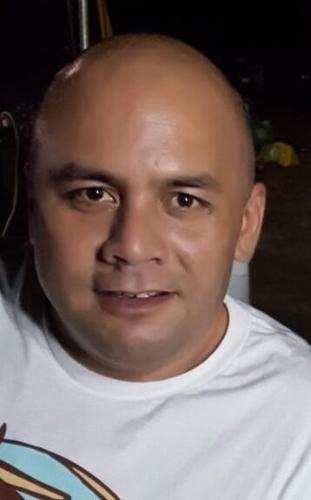 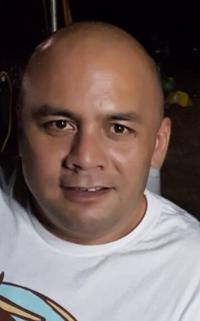 Four officers with the Guam Police Department have been placed on leave after they were part of a group of officers that fired multiple gunshots at two people in a car parked outside an apartment complex in Tamuning late Tuesday night.

The driver, Xavier Tedtaotao, died. A female passenger, who was not identified, was injured, though the extent of her injuries was not disclosed.

Police Chief Stephen Ignacio has sought the involvement of the Guam Customs and Quarantine Agency, Office of the Attorney General and FBI in the investigation.

While the investigation is underway, Tedtaotao's family questioned why multiple shots were fired.

Cing said he was just a block away from the apartment complex on Bonito Drive where Tedtaotao and Tedtaotao's female companion were shot after 10 p.m. Tuesday.

He said he saw Tedtaotao earlier that day.

“Yesterday he was at my house. ... He said he’s going to see his family and I said go, that’s what you need to do," Cing said. “So he went and then I don’t know what happened after that. I’m just wondering why did they shoot, for what?”

Cing said Tedtaotao had faced some difficulties in the past but was “a good person.”

Tedtaotao was convicted of robbing a tourist in 2017 and was arrested again in May this year, when he was 41, accused of stealing a car in the Kmart parking lot.

Tristan Reyes, who identified himself as Tedtaotao’s nephew – the son of Tedtaotao's older sister, who lives at the complex – said he, too, has questions about the shooting. He said he was at the apartment complex when the incident took place.

“I was about to walk down and I (heard) gunshots,” he said. Reyes said his uncle and his companion were in a vehicle parked at the complex.

'I don't know why they started shooting'

“They weren’t doing anything. They were just sitting there waiting for my mom to come home from work,” Reyes said. “If they gave them a chance to step out of the car ... I don’t know why they started shooting."

Reyes said his uncle was only trying to pull off his seat belt and the police might have thought he was armed.

“It’s not his fault or anything. If they gave him a chance to unseat belt [sic]," he said.

Reyes claimed the police blocked his uncle from exiting the car.

He said police took a video of the incident as it was unfolding.

“The officer that videoed it started laughing about it,” he said. “There were four that shot him while one was videoing everything.”

Reyes said it is unclear why police were on the scene.

“They weren’t doing anything. (GPD) started shooting. I don’t know why they even came in the first place," he said.

Around 10:30 p.m. Tuesday, officers from the Tumon-Tamuning precinct responded to a follow-up investigation regarding a theft complaint at an apartment complex along Benito Street in Tamuning, Ignacio said during a press briefing Wednesday.

The officers noticed a blue sedan, with two occupants, parked at the complex, he said. They ran a check on the vehicle and discovered it had been reported stolen, he said.

When officers approached the vehicle, the car accelerated, striking a marked patrol car and another vehicle within the parking lot, according to police.

"Officers then engaged by discharging their firearm, in which the male operator and the female passenger were wounded," the chief stated.

The female passenger was transported to Guam Memorial Hospital for treatment.

Ignacio couldn't confirm the type or extent of the woman's injuries.

The male driver was pronounced dead at the hospital, he said.

Ignacio confirmed four officers were on site but said it was early on in the investigation and couldn’t confirm if all four had fired their weapons or how many shots were fired.

He said he believes one officer was injured but it was minor and the officer didn’t require medical attention.

The maximum number of days they can be placed on leave is 20 days, Ignacio said. He added they have 90 days to conduct the internal investigation.

Two Customs Internal Affairs officers will assist in the investigation.