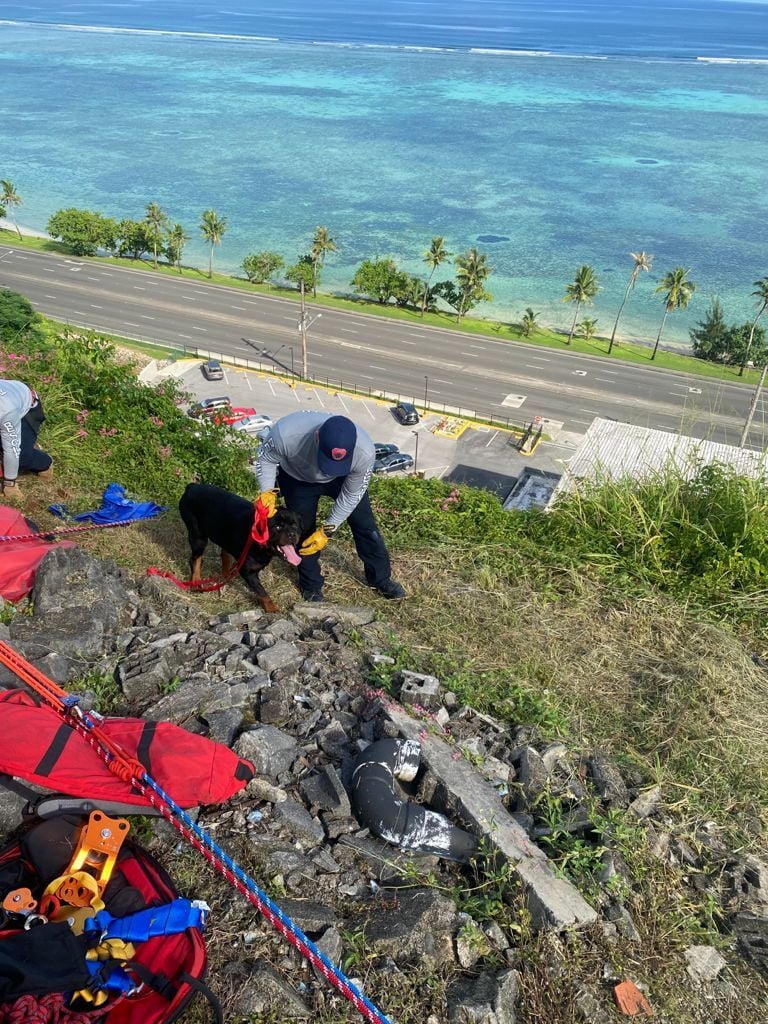 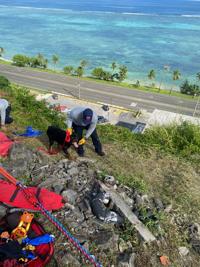 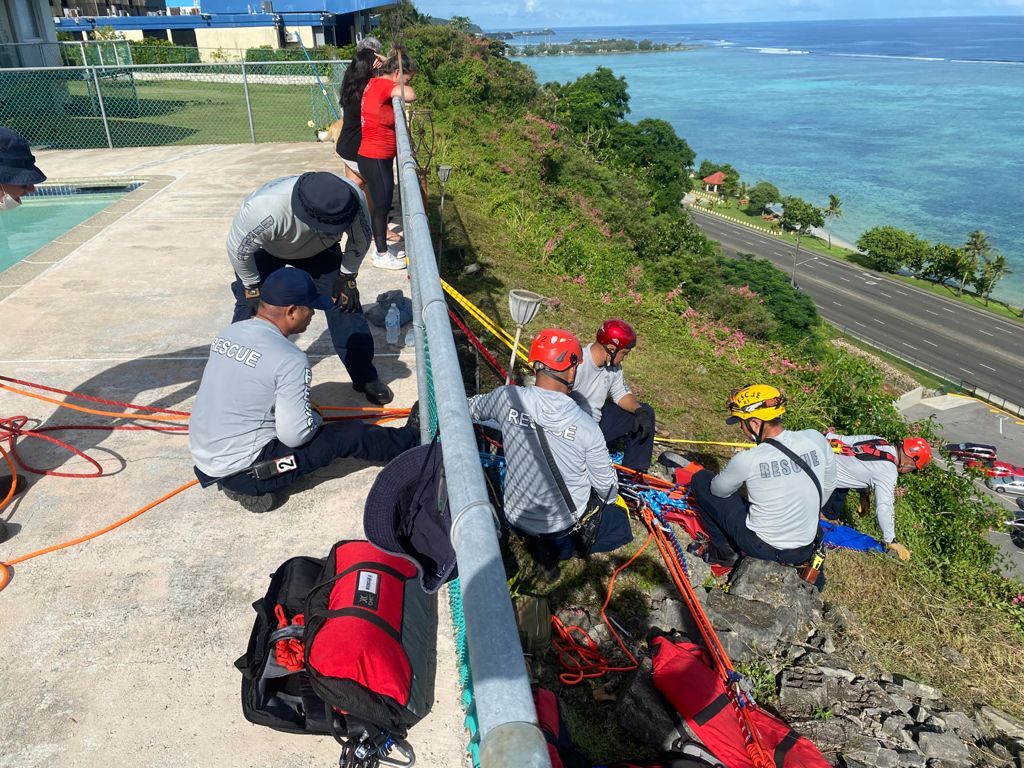 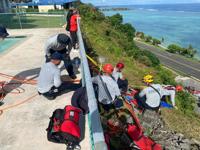 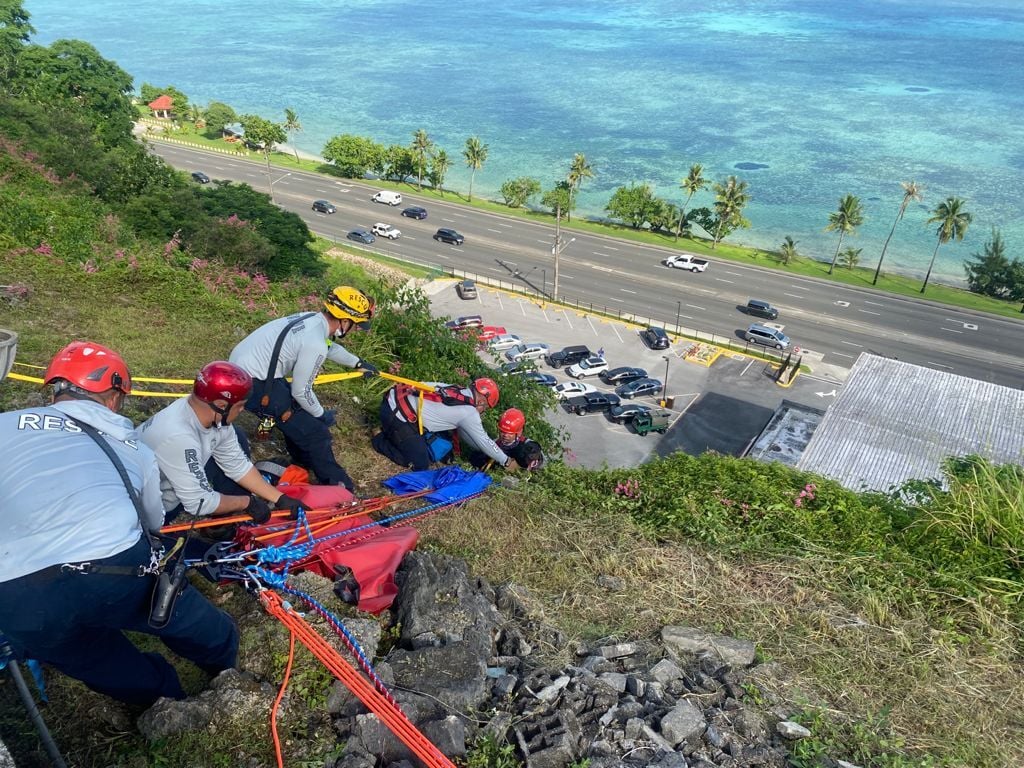 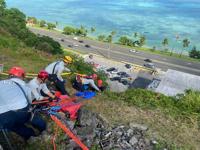 Maui Bear Alston is alive and well after he fell about 40 feet from the Maite cliff line on Tuesday morning.

The cliff in total is about a 150-foot drop.

Maui is the Alston family’s Rottweiler.

“He usually sleeps inside our house,” said Kamaka Alston, who confirmed that Maui is her mother’s dog.

“When I went to the gym ... I let him out of the house and he just stays outside all day until the night time. But then when I came back all of a sudden my mom who is next door was looking for Maui Bear. She’s calling for him. I realized that she found out that the back gate was open.”

The family had yard work done on their property the day prior, and the gate was apparently left unsecured.

It was around 7 a.m. on Tuesday when first responders from the Guam Fire Department showed up looking for Maui both along the top and the bottom areas of the cliff.

“They saw there was a possible spot where he could’ve fallen down. He was not responding. He was not barking or crying because we can’t hear anything. Then, they decided to go down and look, and he was there just chilling on a tangan-tangan branch,” she said.

Rescuers used a harness to get Maui up safely.

“They pulled him up and he is still alive. He looks fine. He’s totally passed and dehydrated but other than that he is OK,” she said. “We were just so happy that he is fine and wasn’t violent toward the rescuers.”

It’s not every day that GFD gets this sort of call.

“The rescuers did a tremendous job safety-wise, rigging the dog up and then us pulling back up to the top,” said GFD Lt. Brandon Sana.

The family was lucky GFD didn't have an emergency that involved risk to human life at the time the rescue for Maui was needed.

"All in all we didn’t have any other emergency at the time. We were able to finish that emergency off and get the dog safely to the family,” Sana said.

And with Maui back in their arms, the Alstons are grateful to the rescue team, as they can now look forward to celebrating his second birthday in December.

“We so appreciate it. We know it’s just a dog and it’s taking away from other things. We are so thankful there were no other pressing needs at the moment. We just really appreciate their help,” Kamaka Alston said.